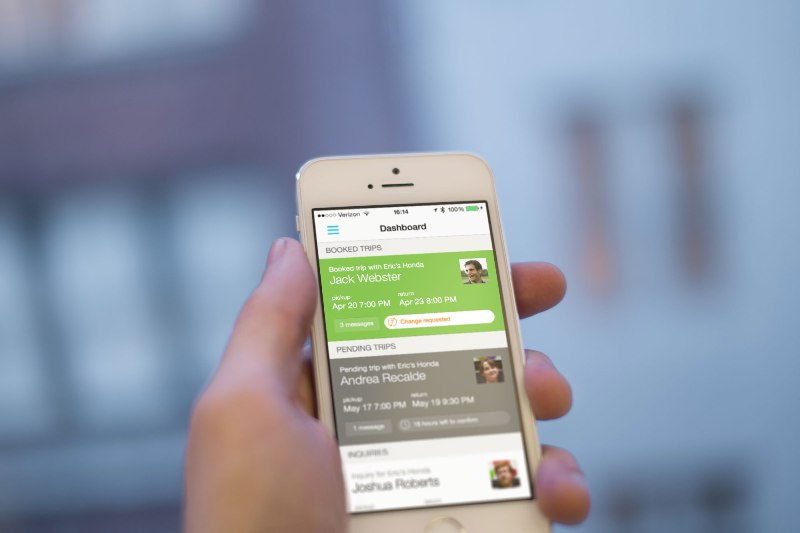 Although controversial, the idea of picking up a total stranger and giving them a ride for a few bucks has caught on in many major American cities.  Thanks to apps such as Uber and Lyft willing drivers can be matched with passengers who pay less than a traditional taxi fare.

The next wave of peer-to-peer vehicle sharing seems to be growing.  Instead of a ride however, drivers actually rent out their entire car.

It works sort of like this: You’re flying out of town and not looking forward to shelling out $10 a day, or more, to park your car near the airport.  You sign up for one of the services and you get free parking, a free car wash and more.

RelayRides and FlightCar are two companies that have taken hold of the emerging sharing market for vehicles.  Unlike more popular apps such as Uber however, instead of picking people up, people needing a rental car can simply drive one that might otherwise be parked or idle.

Both services allow drivers to list their cars for rent, and after a prescreening, the individual car is added to the selection of vehicles available to others in the same geographic area.  Each rental is insured by the respective company for up to $1 million. Those who go through the prescreening process get free parking at an airport (where most of the transactions occur) a free car wash as well as 5 to 20 cents per mile depending on the vehicle type and age.

The companies claim that renters get a better deal than they would through a traditional rental car company although a quick glance at some of the prices shows that the pricing can best be described as “competitive” to that of a rental car company.

One driver claims to have made over $12,000 renting her car. RelayRides boasts of rentals in many major cities and airports across the US, while FlightCar is only available at three major airports; Boston, L.A. and San Francisco.