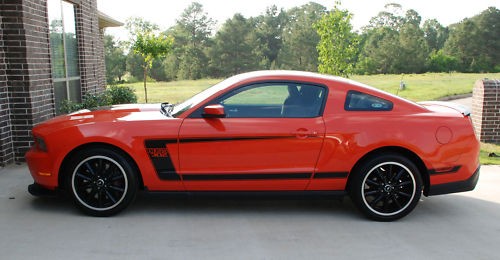 Automakers tend to make a big deal about the “first” of a new model.  The first car off a production line is usually fought over by auto enthusiasts like countries at war. In modern times, the automakers have sold off a “first” car via a popular televised auto auction with the huge profits going to charity. In the end that “first” car is normally snapped up by someone with deep pockets, like a company CEO.

Some of the “first” cars however make it to the masses. They somehow go unnoticed by auto executives.  Such was the case with the very first Mustang.

In 1964, the very first Mustang produced by Ford, (serial number 100001), ended up in the hands of a Canadian. Airline pilot Stanley Tucker wanted a Mustang and bought the first one available for retail sale, serial number 100001, which had been sent to the Great White North for a promotional tour.

Tucker put over 10,000 miles on that first Mustang using it as a daily driver for two years before Ford offered to exchange it for the 1 millionth Mustang. Tucker agreed, and that first car is now on display at The Henry Ford Museum in Dearborn, Michigan.

Fast forward nearly fifty years and Ford has lost track of a “first” car yet again.

It was another Mustang, this time the “first” car was a 2012 Boss 302 Mustang, arguably one of the baddest American muscle cars in American history.  The 2012 model year was a reintroduction for the Boss 302 after it was discontinued in 1970 and it was highly anticipated by gear heads everywhere.

However, the first Boss 302 to roll off the assembly line escaped the auction block and somehow ended up at a Ford dealership in Texas.  That’s where Shane McGlaun enters the story. Shane was, and is, a Mustang guy having owned six Ponies in his life.  In 2012 he was driving a 2010 GT but, like many Mustang lovers, wanted a new Boss 302.

Shane ordered a new Boss 302 from his local dealership in San Antonio, one with specific colors and options.  He put down $1000 as a down payment, and prepared to wait.  Because the dealer told him he might not get one until the fourth quarter of that year. This would not have been an issue but in order to secure his new Boss, Shane would need to trade in his 2010 GT. Going an entire summer without a Mustang was not something that brought Shane great joy. He began to search for a dealer with a Boss 302 in stock, but they were either too expensive or too far away.  One day though Shane got a call from the dealer where he had purchased his 2010 GT.  “Yup, we got one”, they told him.  A Competition Orange Boss 302 with the Recaro/Torsen package, just like Shane wanted.

Soon Shane was on the way to Garland Texas to pickup his new Mustang.

Gleefully inspecting his new prize, Shane popped the hood to gaze upon the Boss part of the Boss 302. There he noticed a small plaque that the factory had affixed to the intake of each Boss showing its VIN number and sequential build number.

He took the car home and began to drive it every day.  Shane took it to shows, track days, and to work.  Unbeknownst to him however, the Mustang community was frantically searching for that first Boss 302. Soon the media was knocking on his door, and knocking, and well, you get the idea.  Shane became annoyed. After all, he only wanted to enjoy his Mustang; drive it, show it off, not preserve it.

But Shane didn’t want to be “that guy”. The one who ended up damaging a piece of automotive history. He eventually decided to sell his prize. He expected to make enough to pay off his loan, with a little extra.  He did what many car people do, he put the car on eBay.  The winning bid? $100,000.

Needless to say, Shane bought a new identical Boss 302, one that he could simply enjoy and live happily ever after with. 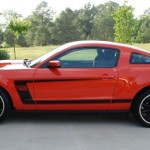 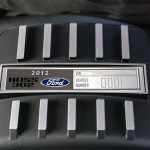 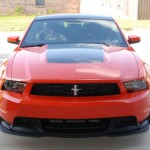 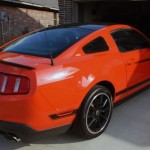 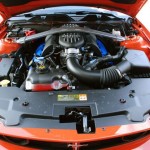 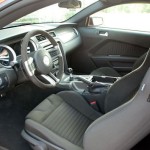 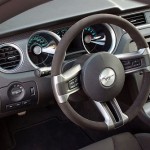 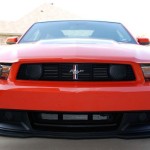 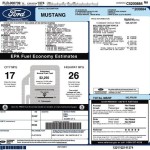