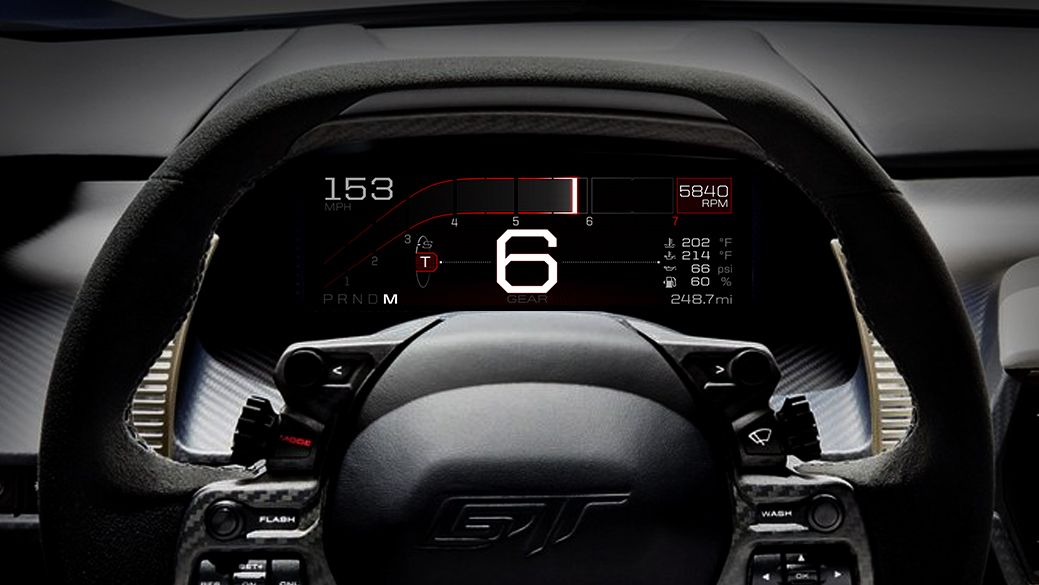 As if there isn’t already a reason to be envious that most of us will never be able to afford to own a GT, Ford has released pictures and video of the new digital dashboard installed in the new supercar.

Akin to the glass cockpits found in some modern aircraft and racecars, the 10-inch wide digital dash will give a driver info based on one of the five special driving modes of the GT.

“Driver focus and attention are key with such high performance,” said Jamal Hameedi, chief engineer, Ford Performance. “We’ve designed the GT with a sleek digital instrument display that changes depending on driving mode in ways that are important and usable to the driver.”

Ford says the digital cluster is the way of the future, and indeed Tuesday unveiled the refreshed 2018 Mustang which will have a digital dash of its own.

The layout of the dash centers on which data is important, and can be customized by the driver. The information is delivered via a high-resolution display using high contrast graphics.

Winning LeMans driver Scott Maxwell was brought into consult on the design, and the driver recommend several changes that were incorporated into the final design.

How information is graphically displayed with each drive mode:

-Normal mode displays information in a purposeful, businesslike manner. The theme is simple; the speedometer is centered and bold, gear selection is to the right, fuel and temperature are top left. The hockey-stick-shaped tachometer displays in a compressed scale for lower rpm, as the engine revs so quickly the lower counts mean almost nothing to the driver. The 3,000-to-7,000-rpm range dominates the top of the display
-Wet mode carries many of the same information concepts over from normal mode, using a blue theme and a “wet floor” concept. Graphics under the speedometer emulate the shine of wet asphalt to remind the driver of the mode selection
-Sport mode adjusts information priorities. Front and center is gear selection, with the speedometer off to the right and less prominent. It’s displayed in an aggressive orange theme and is the preferred mode for most test drivers
-Track mode presents a stark combination of black background and highly legible text and graphics, in a crisp, red theme that’s easy for the eye to pick up in a fast-paced environment. Gear selection and engine speed are displayed prominently, while coolant temperature, oil pressure, oil temperature and fuel level – rendered as a percentage rather than miles to empty – are bottom right
-V-Max offers an entirely different display – purposeful and pared down. Specifically tailored to pursuing maximum top speed, it displays a large, centered speedometer, with tachometer reduced to just a line with indicator dot for minimal distraction. Coolant temperature, oil pressure, oil temperature and turbocharger boost are displayed to the right, with fuel level displayed top left

“We spent an enormous amount of time getting this just right,” says Nick Terzes, Ford GT engineering supervisor. “The result is simple, but achieving simple perfectly can be a challenge.” 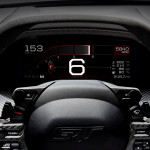 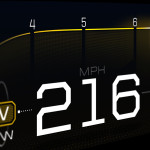 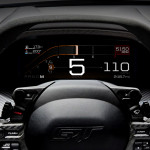 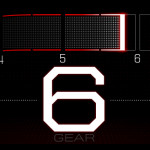 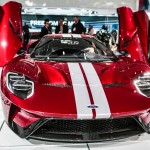 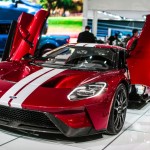 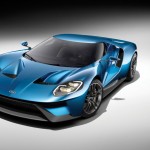 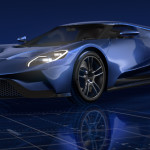