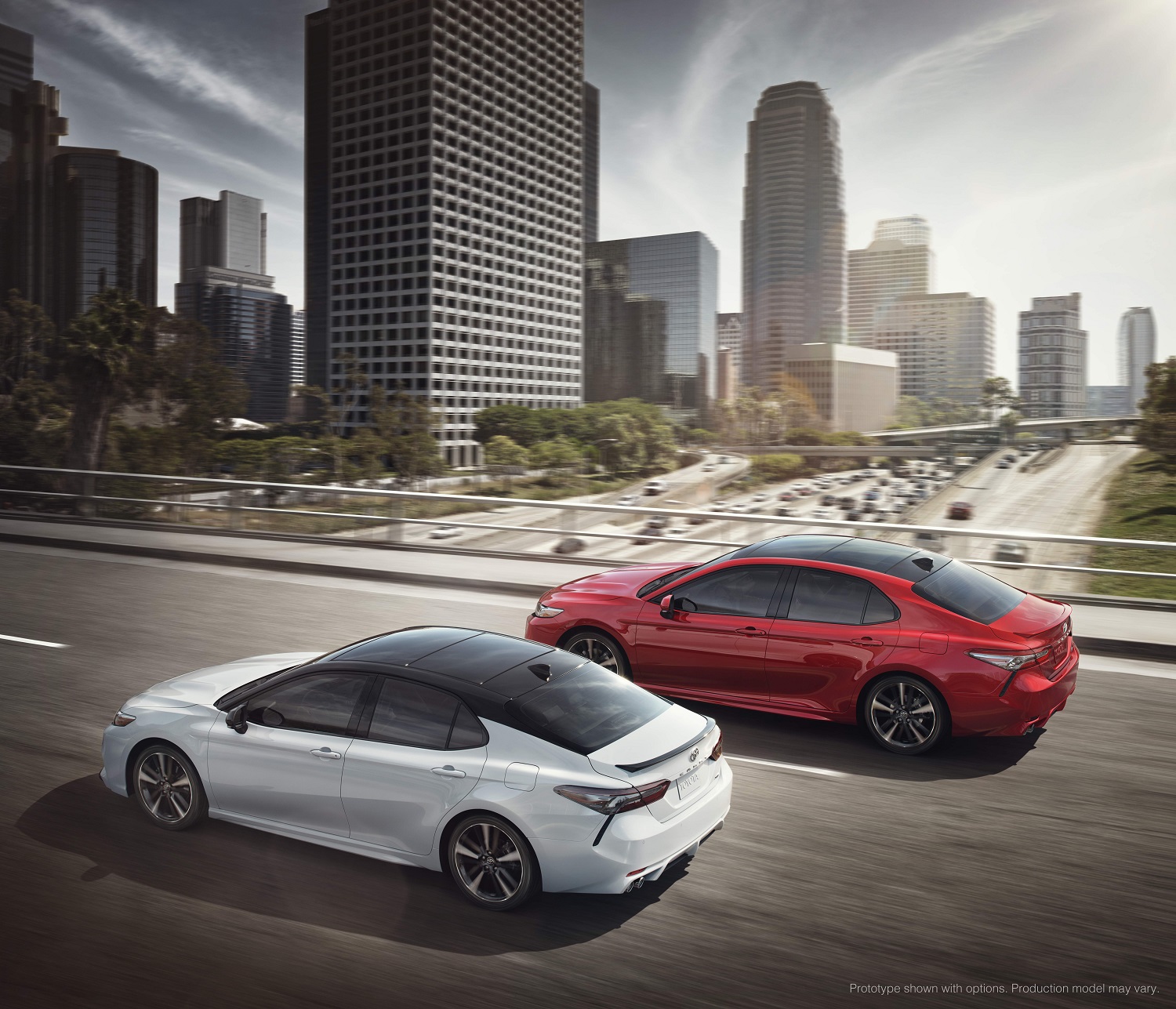 It may be the best selling car in America, but many critics have said the Toyota Camry is getting a bit stale.  Some had also said the Camry was a bit boring.

Toyota is trying to change all that.

The company took the wraps off its long awaited redesigned Camry Monday at the North American International Auto Show in Detroit. The new eight generation model is lower and wider, with a more rigid body structure. It uses Toyota’s new modular front-wheel-drive platform, that first debuted in the 2016 Prius. Three engine choices will be offered, will be offered: An all-new 3.5-liter V6, a 2.5-liter four-cylinder, and a hybrid model. The two gas engines will come paired with an eight-speed automatic transmission, while the hybrid will use a CVT. Detailed specifications have yet to be released, but Toyota said the Camry will have class-leading fuel economy.

“The all-new 2018 Camry is, without a doubt, the most captivating mid-size sedan we’ve ever produced,” said Bob Carter, Toyota senior vice president of automotive operations.  “It delivers on everything Camry owners have come to expect from America’s best-selling car, and adds to it, jaw-dropping design, more advanced technology, cutting-edge safety systems, and stirring performance that raises it to an unparalleled level of excitement.”

“In order to create something that stirs people’s soul, we’ve laid out the concept of a new sedan that provides fun and excitement behind the wheel,” said Masato Katsumata, the Chief Engineer of the new Camry. “In developing the next-generation Toyota Camry, we were able to start with a clean slate, which allowed us to create a true driver’s car.”

Toyota said the 2018 Camry has a sleeker profile than the current model. By lowering the hip points of the occupants (nearly 1.0-inch in the front and 1.2-inches at the rear), and therefore their seating positions, the design team was able to reduce the car’s overall vehicle height by approximately one inch  from the current model and incorporate a lower roofline, without sacrificing interior space. This invited the designers to pursue a wind-cutting shape and improve aerodynamics. Striking character lines around and along the body augment the aggressive front and rear fenders, giving the reimagined Camry a sportiness that’s never before been perceived on this model.

The lower hip point, shoulder line, roof line and hood height gives the new Camry the appearance that it has a low center of gravity, which it does.  The design team knew the TNGA platform provided them with a great opportunity to pen a very expressive sedan, and they took advantage of this by getting the lines close to the ground and forming an energetic silhouette. They incorporated a strong stance that can be seen as you walk around the car.

Like the front of the vehicle, the rear features an athletic motif that melds flowing lines and complex shapes to form a sculpted landscape. Looking closely at the C-pillar’s detail reveals a multitude of surfaces that reflect light from all angles. A distinct crease extends from the slim multicolor taillights down to the bumper, effectively “pushing” the wheels outward in appearance to create a wide posture akin to that of a premium sports sedan.

The all-new 2018 Toyota Camry will begin rolling into Toyota dealers in late summer 2017. 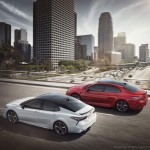 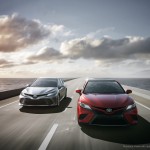 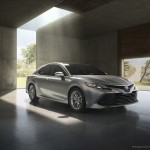 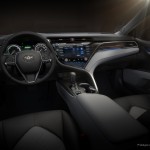 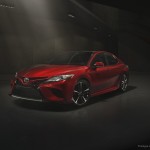 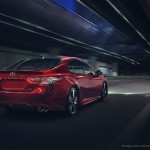 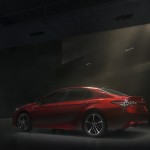 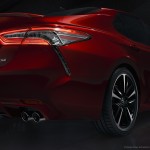 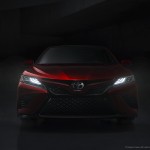 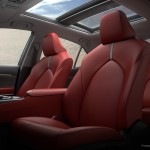 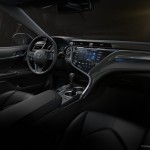 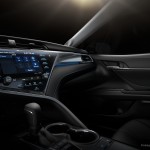 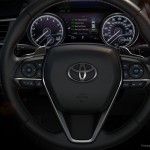 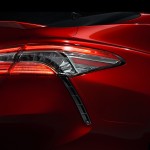