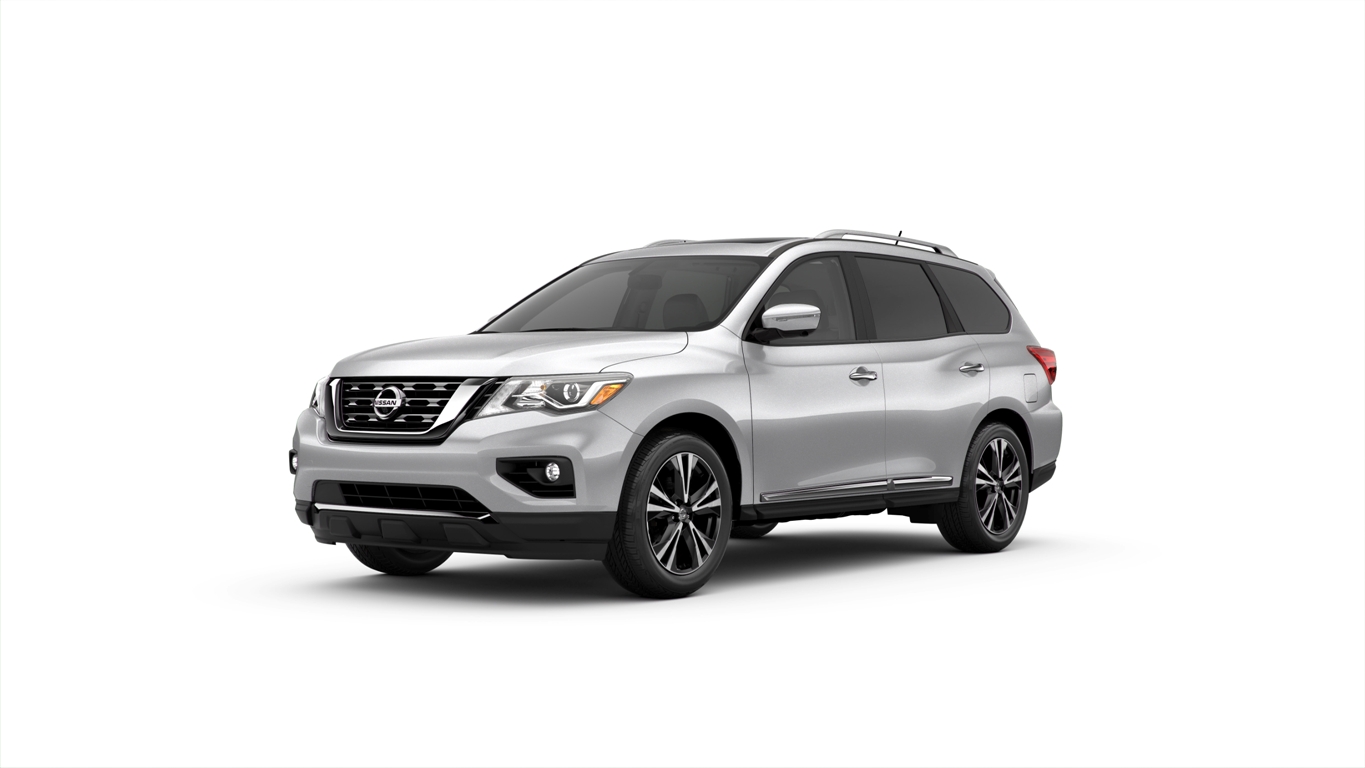 When Nissan launched the Pathfinder way back in 1986, it was basically a two door covered shell set atop a pickup truck and made for off road fun.  The Pathfinder came in at the start of the SUV, minivan, “we want something bigger than a car, but we don’t want a pickup” revolution in the suburbs.

The Pathfinder, while striving to fill this new niche, was still a manly sort of machine.  Sure you could be forced to marry, have children, move to the ‘burbs, but the vehicle in your driveway was still full of testosterone.

Through the years, the Pathfinder has morphed from a manly off roader to more of a suburban chariot.  Thanks in large part perhaps to the jean-wearing soccer moms, the lines softened, the curves were curvier, and rarely, if ever, was dirt seen under the wheel wells.

During this time men, sadly, have also become less manly.

Today young men, called “hipsters”, sip lattes in coffee shops and wear their hair in “man buns”. Once, only lumberjacks wore plaid flannel shirts, today they are worn as a fashion statement.  No doubt John Wayne has rolled over in his grave once, or twice, probably three times.

For 2017 however Nissan has tried to take some of the softness out of the Pathfinder. They have tried to go back to the manly off roader they once had.

Moving up to the SV adds a automatic headlights, rear parking sensors, and foglights.  Inside there is a leather wrapped steering wheel and an eight way power adjustable driver seat.

The SV has option packages like the Tech package with blind spot and rear cross traffic warning, navigation, and NissanConnect.  The Cold package gives you heating for the front seats, steering wheel and mirrors.

The SL includes the Cold package but adds some of the Tech features like blind spot and rear cross traffic warning in addition to a slew of other features including a 360-degree camera, hill-decent control, and a power liftgate.  There’s leather upholstery on the first two seating rows, and two-way power lumbar and memory settings for the driver seat, a four-way power passenger seat and heated outboard second-row seats. 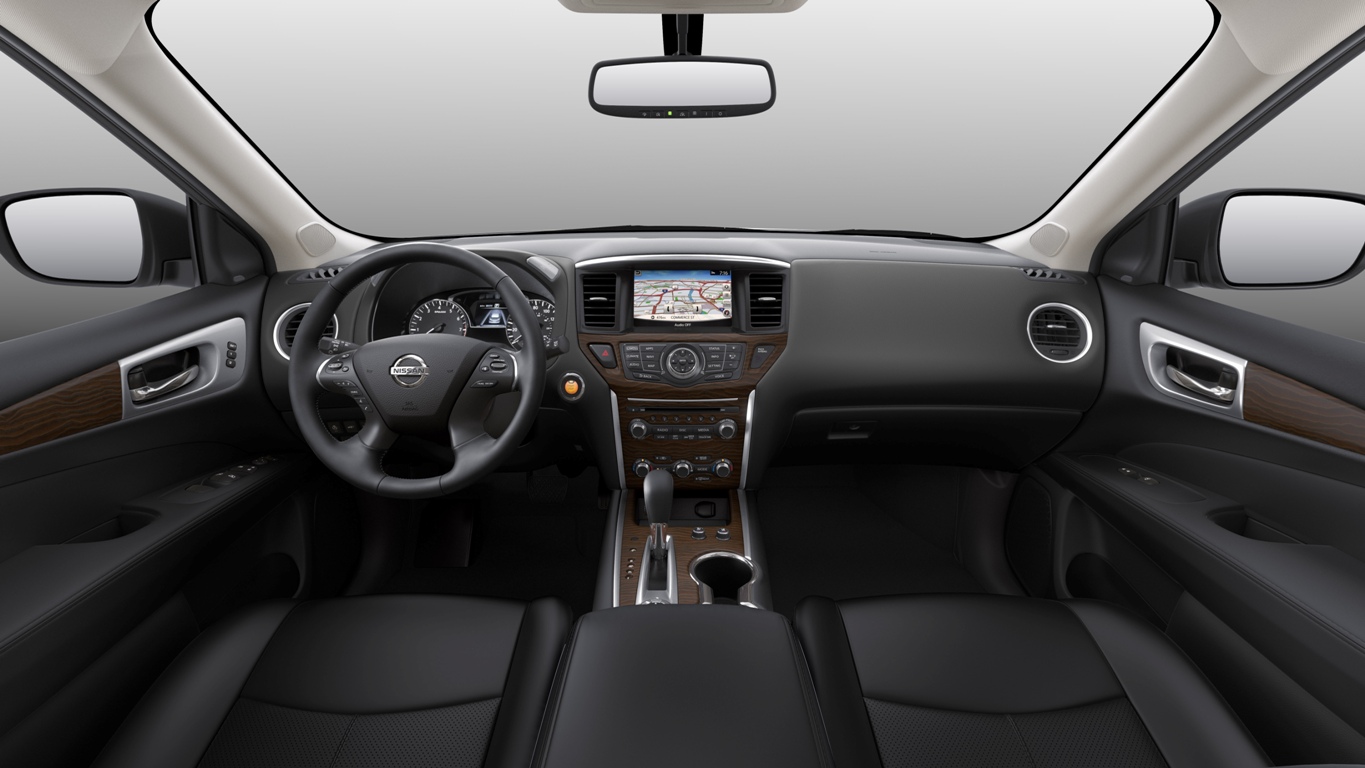 You can option in the SL Tech package that adds a navigation system and NissanConnect services and adds a towing package and a 13-speaker Bose audio system. The SL Premium package includes all that and adds a panoramic sunroof.

The top of the range Pathfinder Platinum has the SL Premium package  but adds 20-inch wheels, the towing package, LED headlights, and extra chrome exterior trim. Inside there is adaptive cruise control, a forward collision warning and emergency braking system, heated and ventilated front seats, a power-adjustable steering wheel, and wood interior trim.

The Platinum is the only variant that can have the Family Entertainment with two 8-inch, headrest-mounted displays, headphones, USB and HDMI ports, and a DVD player.

My tester for the week was the fully loaded Platinum.

While not a complete makeover, the 2017 refresh includes a redesign on the hood, grille, headlights, and front bumper. The taillights and rear bumper were also restyled. Overall, some creases were flattened and some curves were made less curvy.

That all according to Nissan. However, truth be told, there doesn’t seem to be much difference in the look between this 2017 updated model and the 2015 one I had two years ago.

The inside though is where the Pathfinder continues to be strong.  There is now adaptive cruise control available as well as forward collision warning and automatic breaking, but only on the Platinum.  For the SL and Platinum, there is the 360-degree monitor and rear bumper motion detection to open the rear liftgate.  The touchscreen grows to 8-inhces and includes pinch and swipe and there are new connectivity features.

The nice thing about the interior is the resistance by Nissan to move the all controls to the touchscreen   or use some other nonsense like a joystick. There are still knobs, buttons, and an actual shifter.  Should you opt for four-wheel drive that control knob is behind the shifter along with a button for the hill descent control. The only way a driver knows the Pathfinder can go off road.

Under the hood, the Pathfinder has  a 3.5-liter V6 engine that for 2017 adds direct injection system,  and has a horsepower increase to 284. Torque has been increased to 259. Like it has for years, a continuously variable automatic transmission puts the power to the road, but unlike its competitors, Nissan CVT still has simulated ratio changes that makes it feel like it isn’t a CVT.

The interior is no nonsense. It’s large and roomy, but not luxurious. On the road the lack of luxury can be heard as there is more road noise than some of the others in its class. The power though is more than adequate, the cabin comfortable, and the room more than suitable for families.

Nissan has tried to make the Pathfinder a bit more manly. So were they successful? Perhaps. But it’s like you are wanting to turn the den to a man cave, but only under the guidance of your wife.  Is this okay honey? Yes but put the antlers back in the garage…you can keep the bearskin rug. 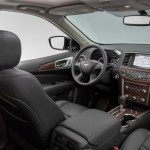 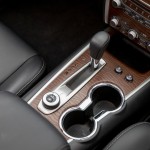 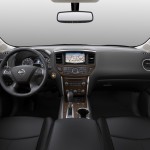 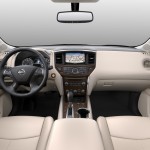 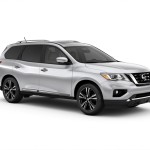 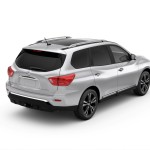 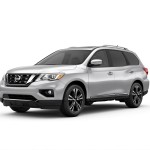 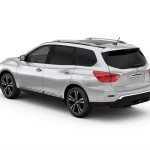 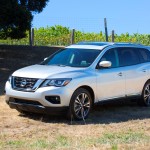 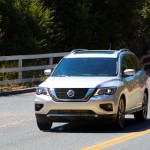 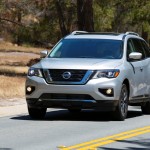 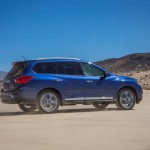 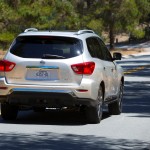 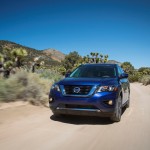 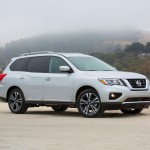 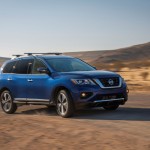 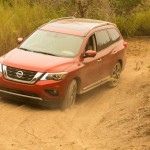 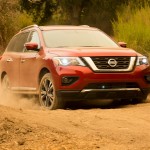