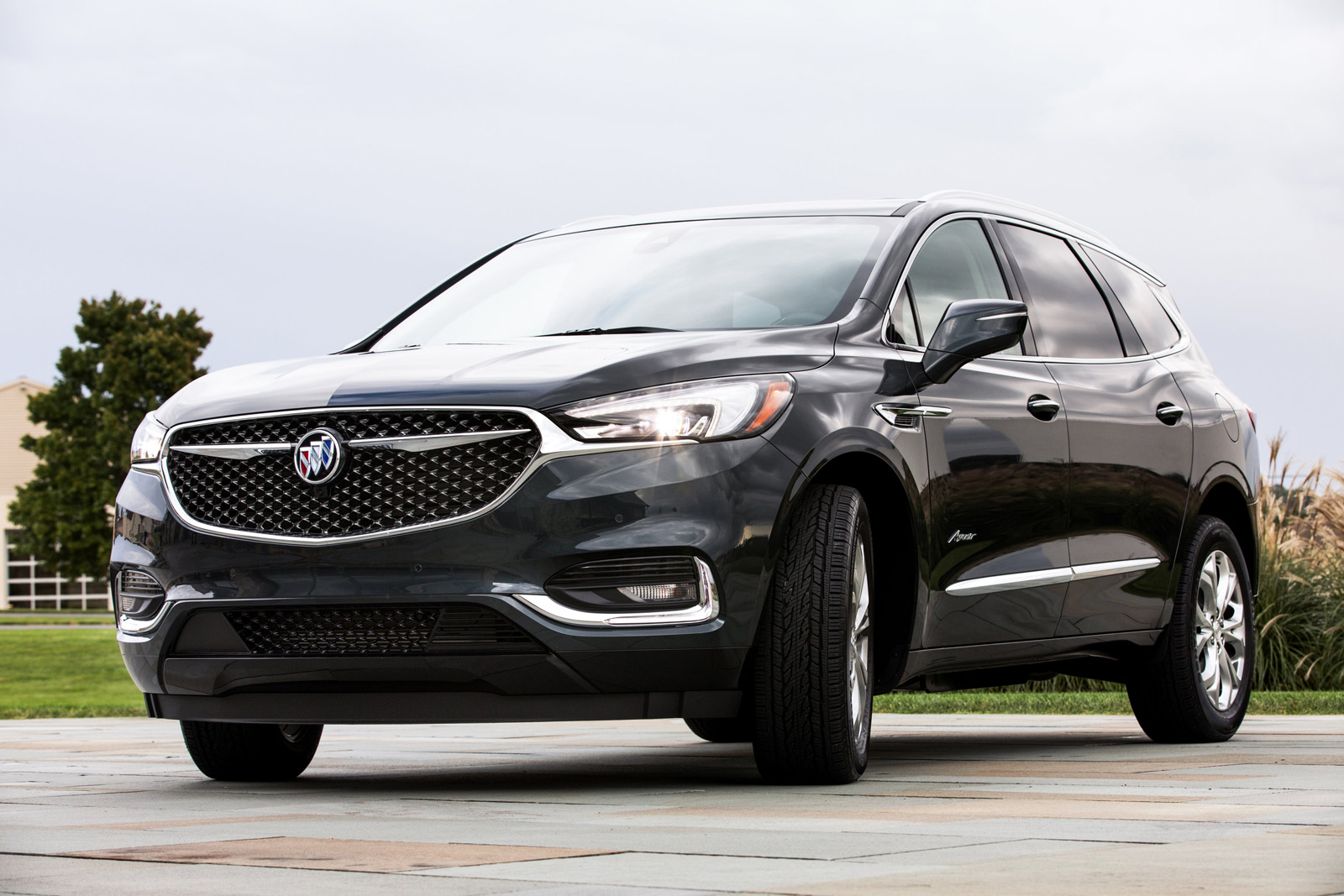 I’ve never been a trendsetter. I don’t wear Nikes, ‘Snap Chat’ whatever the hell that is, or even think about eating laundry detergent pods. I did however own a Pet Rock and wore Earth Shoes back in my youth.  But that was due to the fact that I thought those things were a good idea.

That’s because fads come and go, and I have been known to jump aboard that train… but only when it made sense.

That’s why back in the 1980s when we started having kids, I thought the minivan was a very good idea. After all, here was a vehicle bigger than a traditional car; one that could haul all the junk a growing suburban family needed, or not, or even if they thought they did.

The minivan became the hottest selling vehicle on the market. It was a staple of suburban driveways, became the scales of long school dismissal lines that snaked out for a mile awaiting the return of the little Matthews and Jessica’s who wanted nothing more than to get home, fire up the PlayStation and run Sonic the Hedgehog through an imaginary world blissfully unaware of the real world around them.

Eventually the minivan sort of fell out favor; a symbol of the letting go of your manhood, leave the man card, and your testicles, at the door. You’re a dad now, bad jokes and socks with sandals are your new normal. It was then that the once good idea of a minivan began to falter; that and for me at least, the remnants left behind by two growing children that got lost in it. Stains on the fabric (who thought “sand” was a good color for an interior anyway) which could be used by archeologists in the distant future to learn what children ate, and what left them so obese I imagine.

Today minivans have been replaced by things called ‘crossovers’ and ‘SUVs’. Make no mistake, these are nothing more than modern minivans, and people are still buying them. Those of us who survived that early minivan period need to accept that fact; accept that eventually we will all be driving such a thing.

And If we will be forced to do so, the Buick Enclave Avenir is a nice way to go. 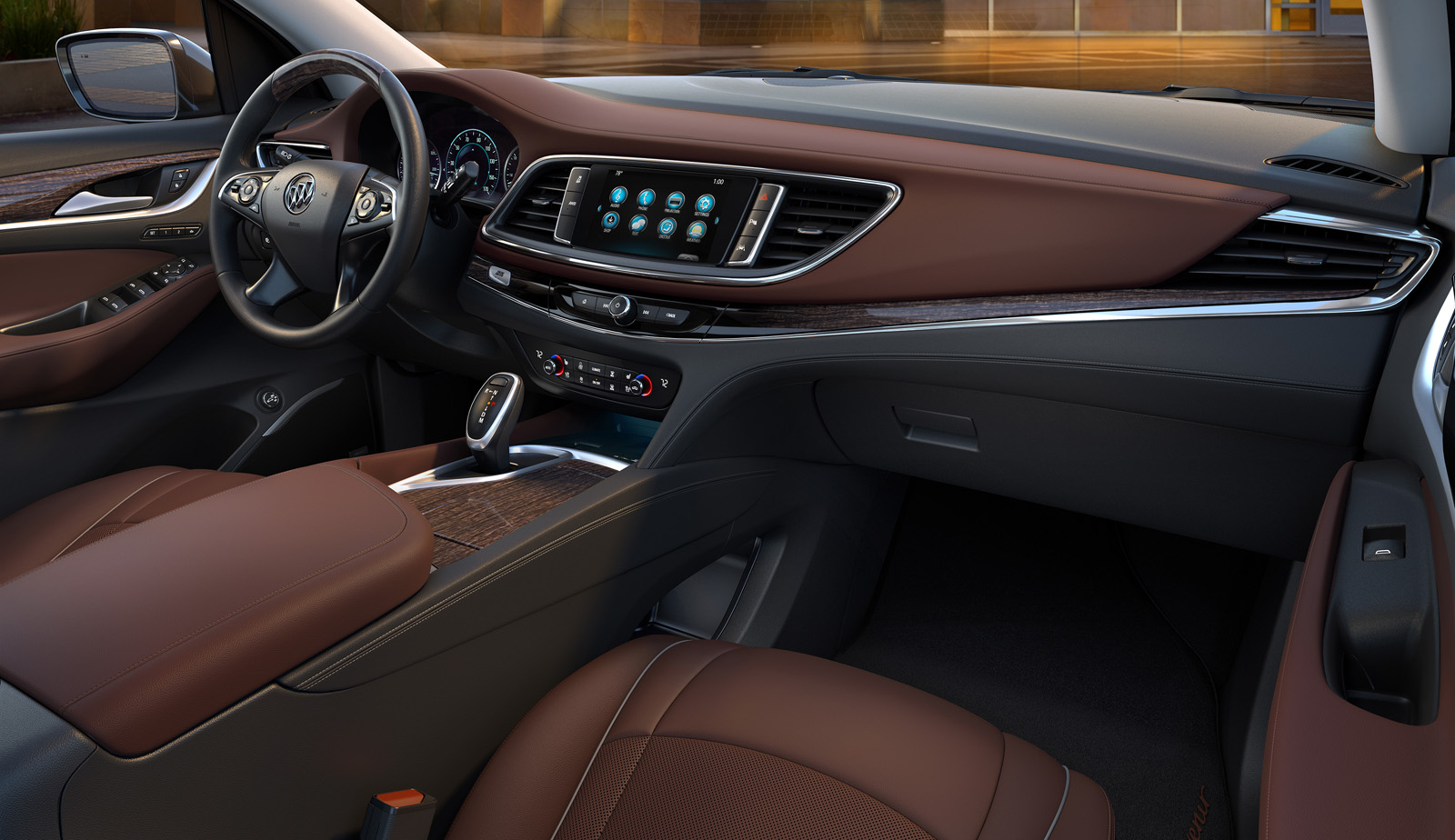 The once battered Buick name has slowly gained acceptance in the last few years and the crossovers they are putting out now are actually appealing; I had the Encore last year and while a bit small for my comfort, still won me over.

The Enclave is a bit bigger and this new luxury model, the Avenir, has me saying, “Now that’s more like it.”

The Enclave Avenir (don’t ask me what the name means) shares its platform and engine with the Chevrolet Traverse.  It’s actually at the top of the Enclave lineup behind Essence, and Premium. This three-row land yacht actually seems quite cozy inside. The Avenir I had for the week was loaded with all the niceties like satellite navigation and radio, adaptive cruise and automatic braking and All Wheel Drive that brought it up from the base Enclave price of around $40,000 to $57,240 for my loaded top of the line new subbrand. Yes, that may seem a bit pricy for a Buick, but at the end of the week it won me over and I think it’s capable of running with the Lexus and BMWs and certainly with its GMC Denali cousin.

There were some surprises during my week; like the rearview camera that replaces the rearview mirror with a flick of a switch and helps eliminate the notorious blind spots all SUVs seem to have.  Of course, you may not be able to see the little ones arguing over whatever in the back seat, but no matter they will probably be buried in their smartphones playing Candy Crush.

The other surprise was on the road. The 3.6-liter V-6 engine that delivers 310 hp and 266 lb-ft of torque coupled with a nine-speed automatic transmission seems perfect for the Enclave. There’s plenty of power on the road and pretty decent fuel mileage to boot.

We can now shed the negative image the minivan once had. Dads grab your man cards and keep your testicles in your pants.  The world has changed, and for the better it seems; of course, back when I wore Earth Shoes we would never think of getting in a car with a stranger, now we summon them for rides using an app on our smartphones were, but at least we don’t have to park a minivan in our driveway.  Just make sure you opt for the leather interior; keep them archeologists guessing. 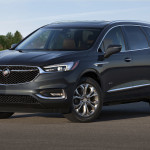 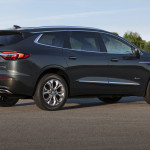 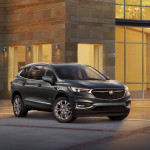 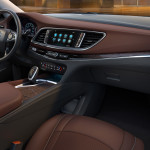 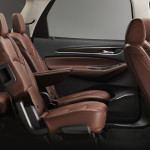 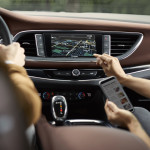 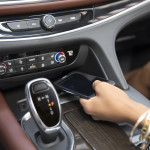 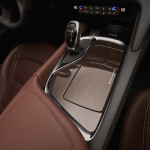 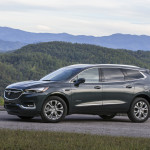 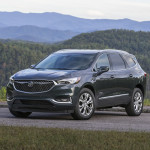 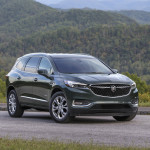 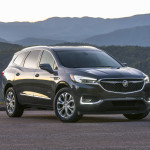 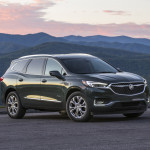 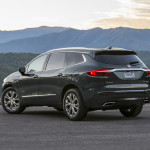 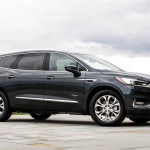 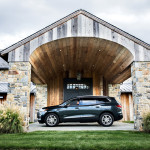 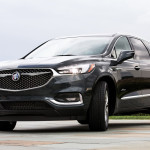 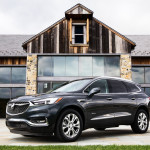 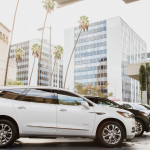 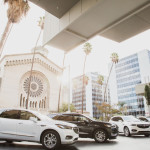 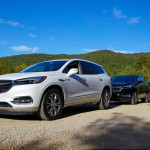