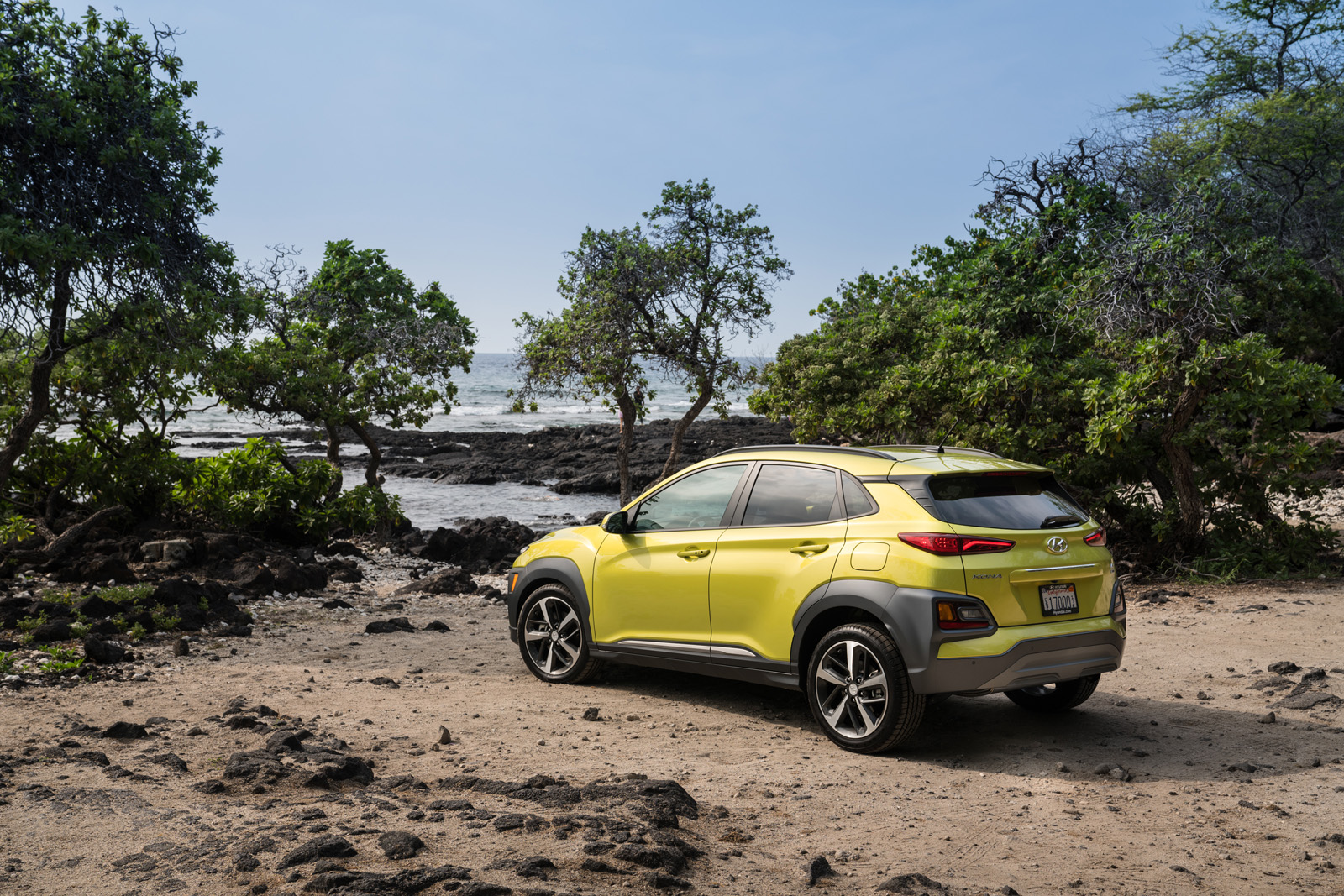 I am an old guy.  Old as in “you kids get off my lawn” in bed by 10pm, “when I was your age we had to actually get up and change the channel on the TV” sort of old.

That’s why I normally am not a fan of cars that are marketed to the youthful segment.  The cars that appeal to the younger generation who are moving back to the inner cities, hanging out in hip coffee shops, showing off their piercings, tattoos and beards. Usually small urban crossovers with tiny engines or hybrid and plugin; ones that take up very little space and look out of place in the suburbs.

Normally when a manufacturer sends me one of these urban crossovers, I take very little stock in them. They are usually too small, not powerful enough and generally not too fun to drive.

That’s what I was thinking when Hyundai sent me an all-new Kona for a recent week. The all-new for 2018 Kona is being marketed as an urban crossover.  ‘Another small urban vehicle with a bunch of flashy gadgets and neon lights’ I thought.

The Kona slots just below the Tucson in the lineup and has standard front wheel drive with all-wheel drive optional on all trims. Those trims start with the base SE and move to the SEL, the Limited and finally the Ultimate.  Options include a dual-level cargo area, and a multilink rear suspension for all-wheel-drive variants

From the base SE which has such nice things as a rearview camera, full LED headlights, Bluetooth, a six-speaker audio system, cloth upholstery, keyless entry, a 7.0-inch touchscreen to the Ultimate which has rain-sensing wipers, a head-up display, a wireless charging pad, an 8.0-inch touchscreen, an Infinity premium audio system, and navigation, there are a lot of things to like. Starting with the Limited you get the 1.6 turbo with 195 horses as opposed to the naturally aspirated 2.0 with 147 horses.

By the way among the few changes for 2019, the automated emergency braking, lane-keeping assist, and a driver-attention monitor are all now standard across the range. 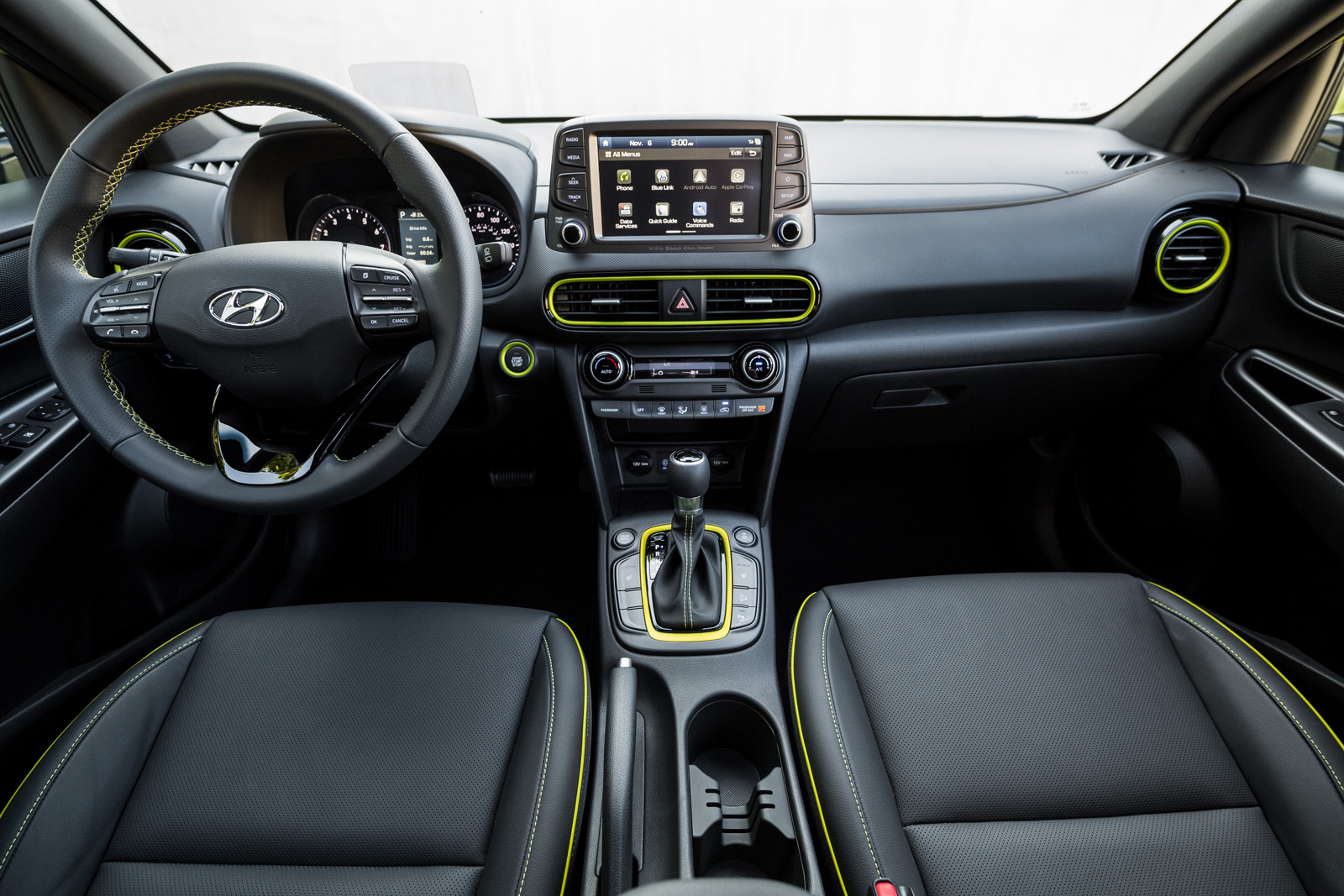 As is normally the case I was sent the top of the line Ultimate.  Perhaps I was a bit biased when I learned that the Kona gets its name from the west-coast region of the Big Island of Hawaii. Since I like all things Hawaiian (I have an actual tiki bar in my backyard for gosh sakes) I figured it was why I liked the styling on the outside.

There’s the wide stance with a cascading grille, featuring a sporty mesh pattern, flanked by flared, wing-like fenders that dominate the front end.  Hyundai describes the styling as “aggressive” and for once I have to agree with them.

My larger surprise came on the inside, literally.  Larger as in the interior is designed in a way to make it appear much larger then you would think you’d get in a small subcompact.  There is an openness that is quite nice. There seems very little in the way of clutter making the interior stylish while at the same time functional. Pleasantly, thanks to Hyundai’s new platform developed for the Kona, there is better than other subcompacts ground level clearance and it’s much easier to get in and out of compared to most of the other small urban subcompacts I’ve tested. The view is also a bit higher giving better visibility than those others as well.

On the road this new platform seems more than capable and the 1.6-liter turbo with its 175 horsepower and 195 ft-lb of torque was more than adequate.

Yes, the Kona is small, it is after classified as a subcompact, yet it doesn’t feel small inside, nor does it drive like its small.

Overall, I was happy with my week with this new Kona. It might not fit my suburban middle-aged lifestyle, but if I was in the market for a subcompact the Kona would definitely be on my shopping list.

That should have those marketers scratching their collective heads.

Now you kids get off my lawn. 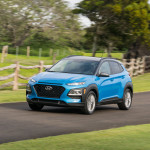 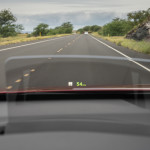 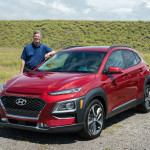 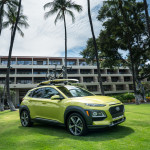 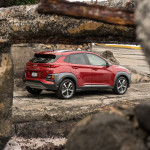 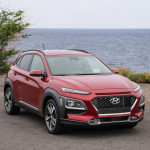 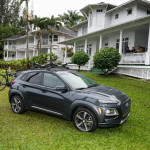 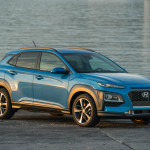 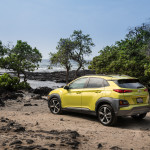 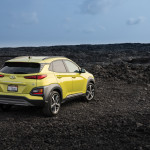 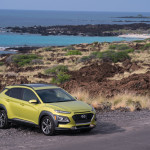 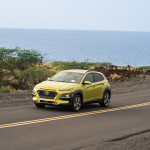 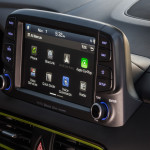 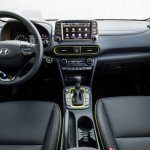