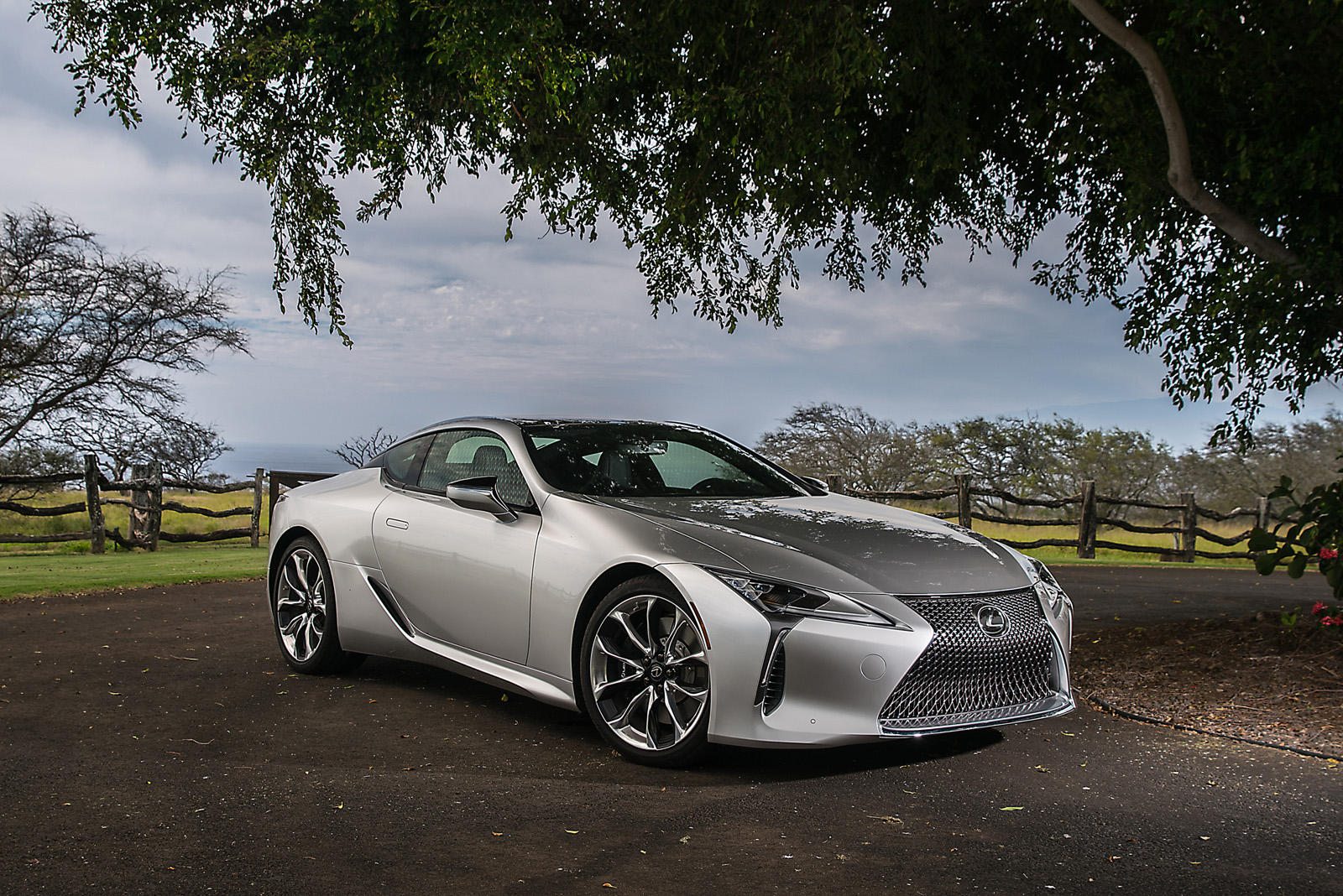 For many guys the highlight of their senior year was prom.  It wasn’t about the prom itself, it was who you went with. Most of us wanted to take the most beautiful girl in the school; to be seen with a girl that made guys stop and look, other girls envious and made your mom blush.  We may never go on another date with her, but if we could somehow convince the head cheerleader, or the most popular girl to go, we were winners.

Several years ago Lexus set out to make a bit of a splash.  Known for luxurious sedans, the Toyota brand needed to make something to compete with the “M”s, the AMGs, and the “V”s.  Yes, they had some high-performance variants, the F-Sports, the RC the GS, but even they couldn’t live up to the others; except perhaps the LFA which, with a price tag above a quarter of a million dollars, remains in the supercar realm, out of reach of most of us.

In 2012 Lexus showed the world a concept car, the LF-LC at the North American Auto Show in Detroit.  Sure, it was great looking, but how many concept cars do we actually see in the dealer’s showroom?

Lexus sent me one for a recent week, and oh what a nice week it was.

The LC 500 won’t be in the mainstream, if you want one you’ll be paying around $100,000, but it certainly is in more of reach than the LFA.  The LC 500 is more of the everyman’s LFA, although not everyone can afford it, and the body is not made of carbon fiber, and there’s no V10 under the hood.  But other than that…

For the $105,375 price tag of my tester, you would expect such things as standard adaptive cruise control, automatic high beams, automated emergency breaking, navigation, satellite radio and the like, and indeed those are there. My tester added blind spot monitoring, a limited slip differential, 21-inch forged wheels, a heads-up display and the Mark Levinson premium stereo with 13 speakers.

Under the hood there is a naturally aspirated 5.0-liter powerplant (based on the same one used with the GS F and RC F) with 471 horses and 398 pounds of torque, with a 10-speed transmission delivering the power to the rear wheels.

The first thing I was struck by when I saw the LC was the sheer beauty of this machine, the head cheerleader, the most popular girl in school.  I have had the luck to drive many cars through the years, but I cannot remember one that I spent a week with that was any prettier. Seriously.  The spindle grill melts into sweeping lines that end in a squared off rear with flared quarter panels framing it.  The rear exhaust outlet is angled like a diffuser and Lexus kept the underbody as smooth as possible. There is also a rear active spoiler that only deploys at speeds above 50 mph. 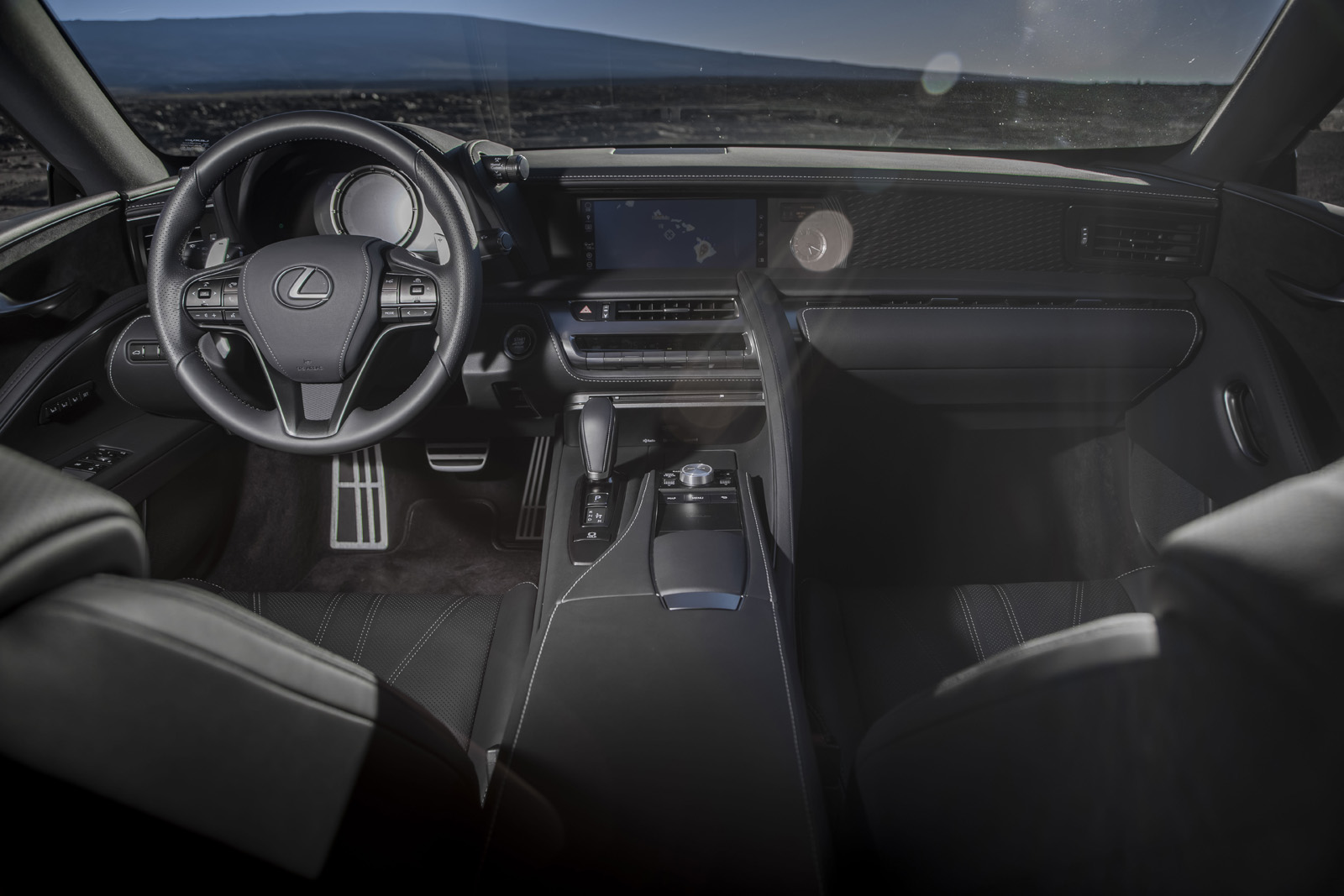 Inside the cabin is snug, but nicely so. With the optional performance package, mine had the Alcantara sport seats along with the Alcantara and carbon fiber accents; so the exterior beauty carried over to the interior.  You will not be stretching out during a long road trip, in fact my adult son who is just over 6 foot had trouble getting comfortable in the back. But when charging up a mountain road you will be held firmly in place.

The low roar when starting the LC up lets you know you are in something special. There are six drive modes (Eco, Comfort, Normal, Custom, Sport, and Sport+) that adjust the suspension dampers accordingly and open up the exhaust.  These modes can be further adjusted individually.

The only real annoying thing is the central control, done via a touch pad in the center console. While an owner could have time to figure it all out; I found it too hard to control and a bit cumbersome to use during my week.

On the road the LC is best described as a tame beast. That’s because this is relatively heavy car; a steel frame under an aluminum body, gives the LC a 4280-pound curb weight.  This is more of a grand touring sports sedan rather than a pure sports car.

That’s not to take away from the LC; not at all.  The exterior design turns heads, fuels plenty of parking lot conversations, and makes me wish I could keep it forever.

On the road there is still plenty of power, and aggressive cornering won’t results in any understeer or much sway.  The 10-speed automatic shifts effortlessly and the large titanium paddle shifters let the driver take control when need be.

The LC 500 was the perfect date for the prom; but like that perfect date, it was over way too soon. For a week I was a winner, and thanks to the LC 500 I’ll have a hard time forgetting about it. 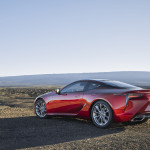 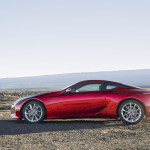 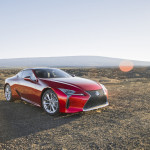 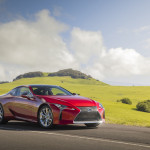 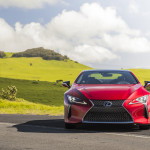 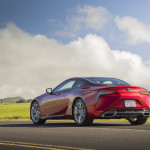 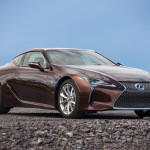 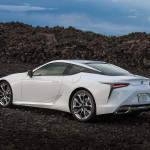 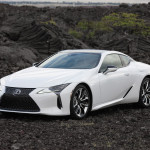 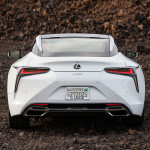 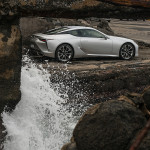 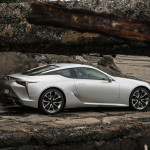 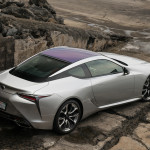 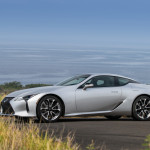 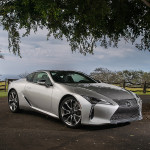 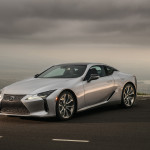 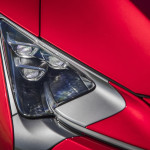 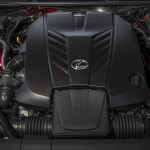 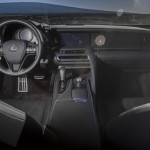 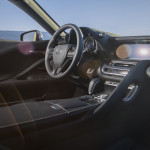 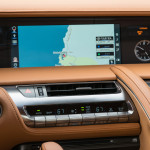 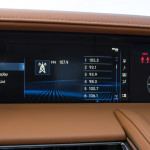 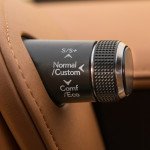 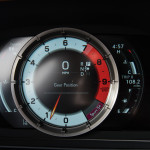 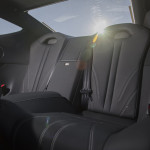 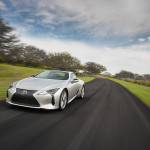