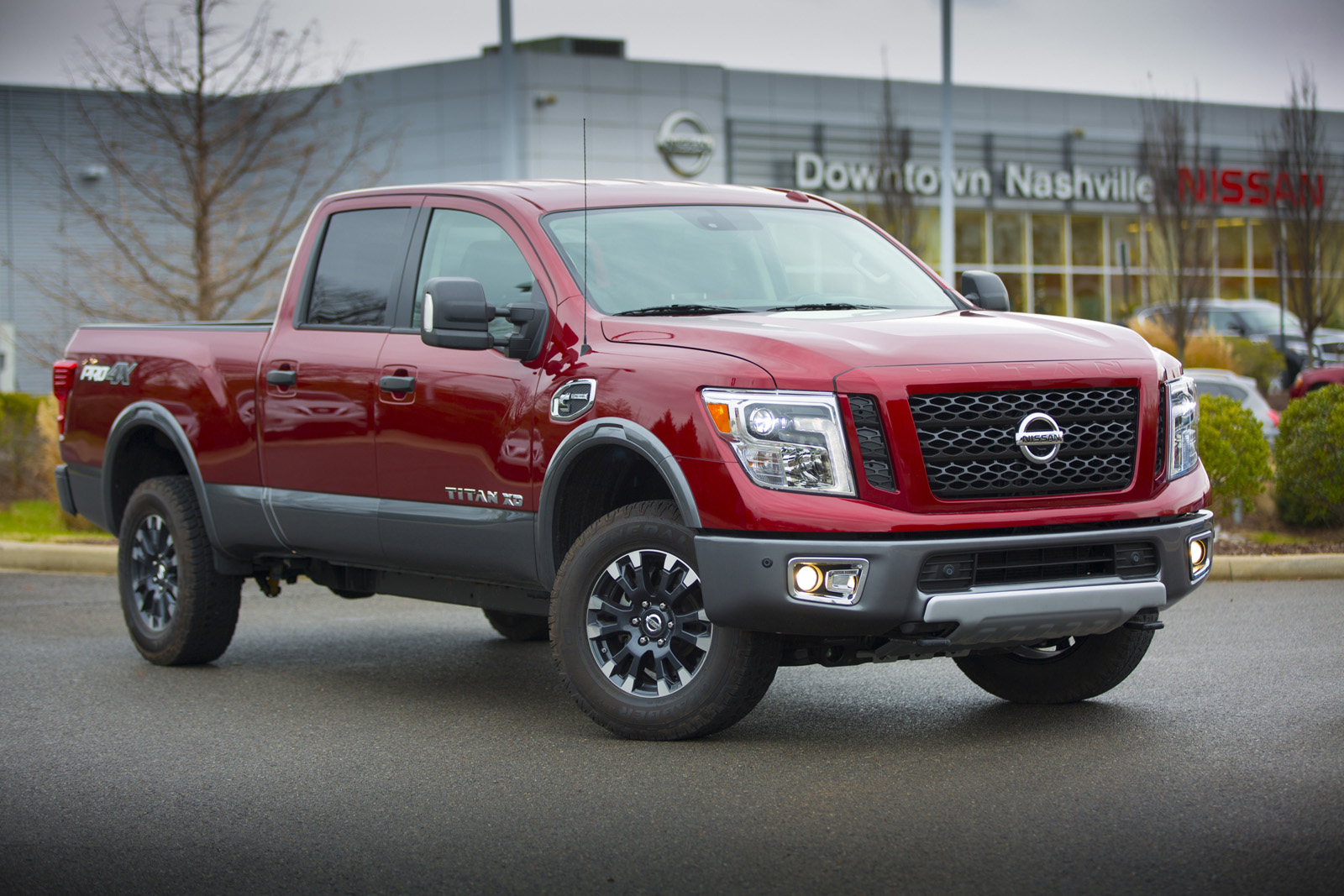 You don’t buy a pickup truck because you want to have a comfortable luxury vehicle that will float over potholes and only just deliver a week’s worth of groceries or the kids to soccer practice. No, people buy a truck because they need to do something.  Haul things, pull stuff; carry loads to the job site, tow the boat to the lake.

The pickup truck market is one of the hottest niches in the automotive industry. All the major players have an entrant, or two, or three.  They come in all shapes and sizes, plain and fancy.

Nissan has such an entry; in fact, a big one.  The Titan, mighty name and all, is the model the Japanese company has thrown into the mix.  They have the Frontier, a midsize entry, but it’s the big Titan, a half ton monster with a three-quarter ton capability that gets most of the attention.

The Titan can be had with five trim levels with three cabs, two wheel or four wheel drive, and with either gas or diesel power under the hood.

Nissan sent me a XD Platinum Reserve for a recent week. The XD Platinum Reserve is the top of the line, with about as much luxury as you can get; heated and ventilated front seats, heated rear seats, navigation, surround view camera, blind spot monitoring, 7-inch touch screen, an upgraded sound system, fancy wood trim and an available rear seat entertainment system.

My Reserve had the crew cab with a 6.6-foot bed, four-wheel drive and the optional 5.0-liter Cummins turbo-diesel V-8 under the hood.  The diesel puts out 555 lb-ft of torque through either a seven-speed automatic, or like my tester had the optional eight speed.

From the outside the Titan looks, well, mighty titanic. It exudes large. Indeed, you will not be zipping around twisty mountain roads or looking at your quarter mile times. You will however have the power and brawn to get whatever it is you need to get done. The Titan leaves little doubt about that.  Like the others in this class, the big old Titan is set up to get the work done.

Is it better or worse than some of the other large pickups? 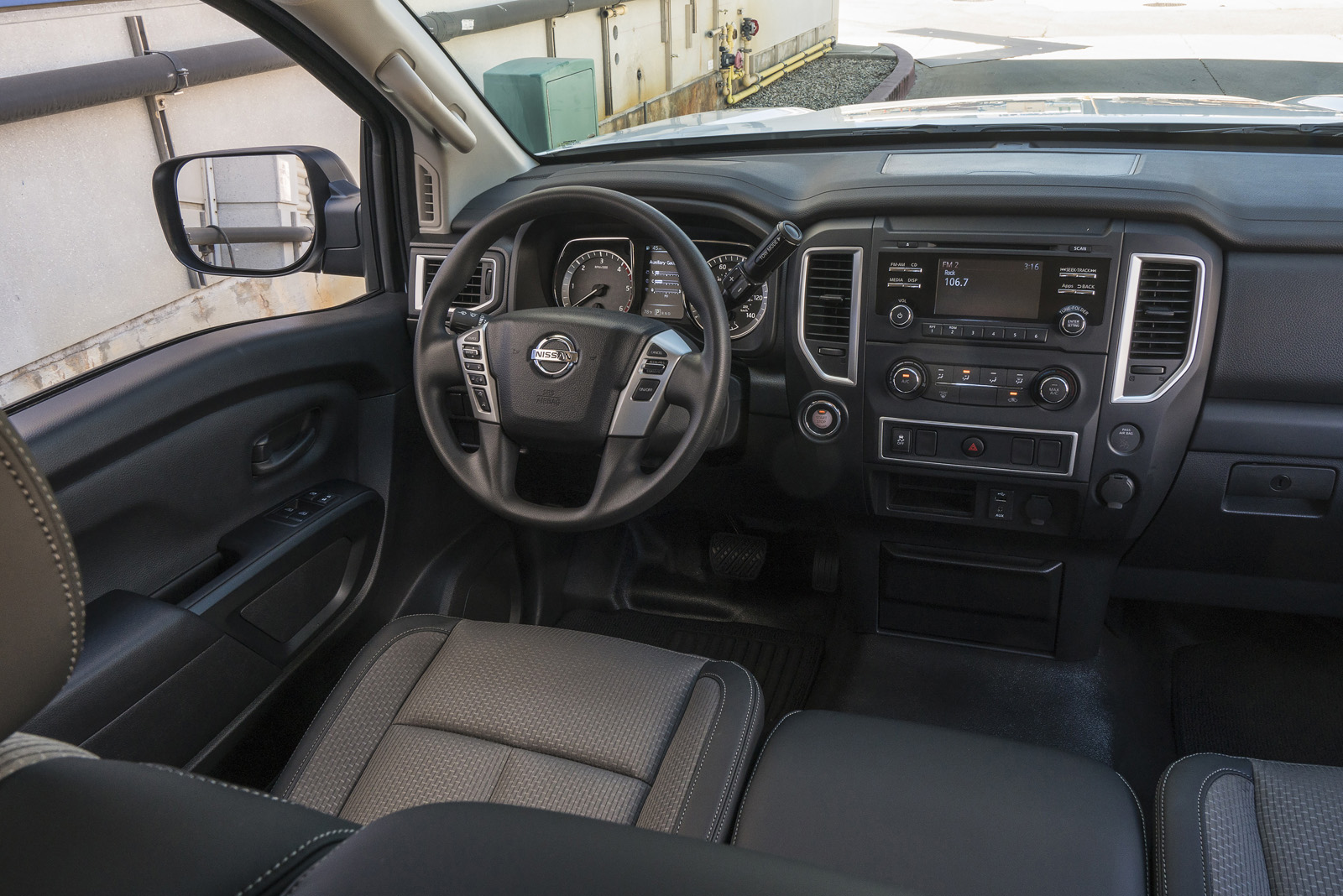 Truthfully when you get to this size of truck the manufacturers do their homework and design equipment that will get the job done.

Inside the cavernous, well appointed, cab, the dials and knobs are large enough to operate with work gloves on; the touch screen is responsive, the seats comfortable and the satisfying whine from the Cummins turbo diesel delivers enough power to get on down the road and send a message that there is little this big truck cannot do.

I have no need for such a big truck as the Titan, I don’t really need to haul things, pull stuff, carry loads to a job site, and if I had a boat my wife would make sure my body was never found.  But, if I needed to do such things, the Nissan Titan would be on my shopping list. There are several to choose from in the big truck market, and the Titan deserves to be among them. 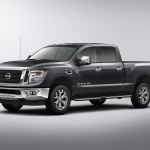 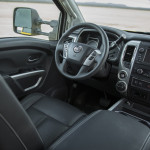 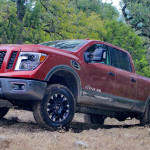 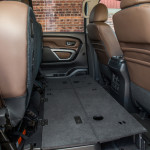 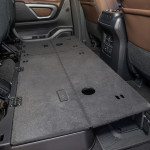 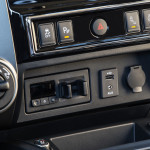 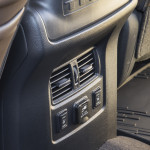 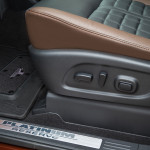 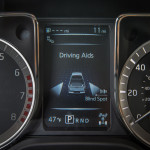 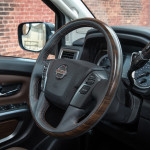 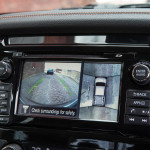 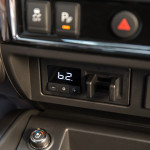 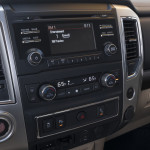 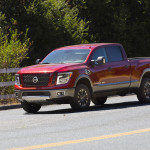 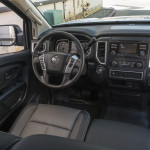 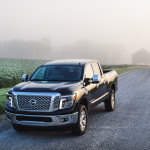 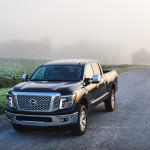 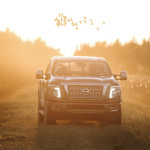 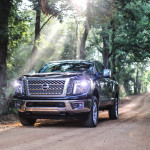 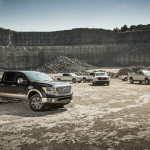 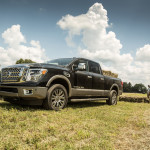 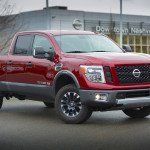 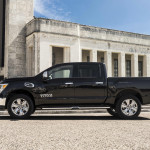