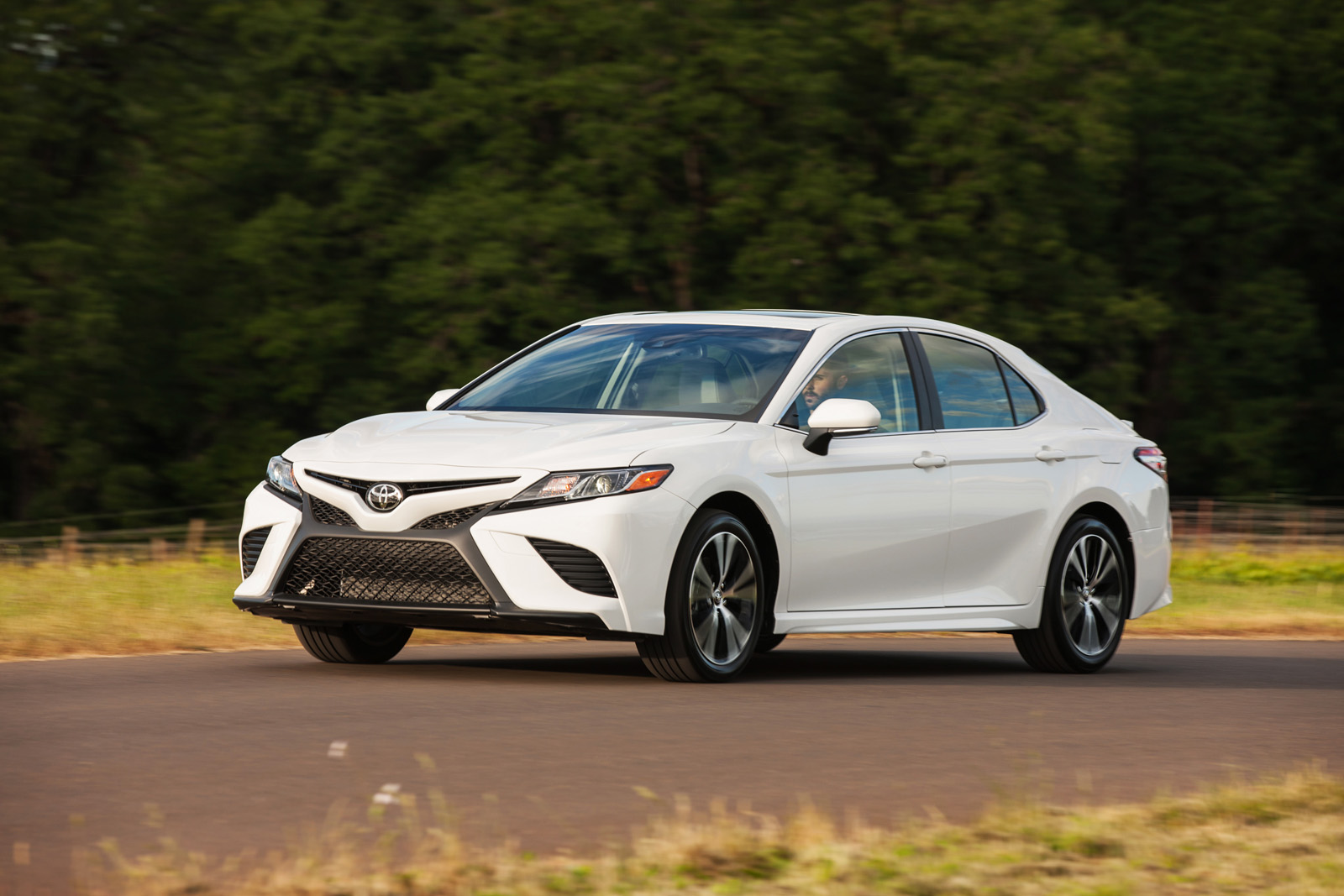 Let’s face it, someday, perhaps someday soon, maybe even before I’m put in the ground and allowed to turn to dust, the automotive landscape will change. It will be a world where the fully gas-powered machines we once knew will be a rarity; gas stations will be oddities, replaced by charging stations, and our homes will have places to plug in the family sedan: “Honey you forgot to plug in the car last night…again.”

There’s nothing we can do about it; no revolution will stop it; no shouts from the Sons of Liberty throwing tea into the harbor.  We just need to resign ourselves to the fact that someday our roads will be filled with self-driving-all-electric-Mother-Nature-friendly robots leaving us free to play on our phones and breath clean air.

The landscape has already changed. A few years ago, Toyota introduced its Prius, an ugly hybrid car that was embraced by tree hugging movie stars. Not only did it look bad, the interior was uninspiring, the power less than adequate, and it was priced way more than it should have been given that people who thought they were saving the world bought it because someone in Hollywood had one.

The truth is that it was the Prius that gained all the attention in those early years; it was after all the first to be massed marketed.  In the ensuing years however, there were other hybrids introduced in the Toyota lineup.

Toyota recently sent me a Camry hybrid for a week. Being a Camry I knew I would like it. Especially the 2018 which introduces the eighth generation of the model that has been a best seller for the last 15 years.

If it were just a Camry, I would simply give it a check mark, five stars, “buy one now dear consumer”, and move on. But this being the hybrid, I knew I needed to give it a fair, and unbiased, test. Despite my hate for all cars powered by anything less than a full tank of gas.

Now I had driven a new Camry a few weeks prior. That was the full on V6 301 horsepower XSE. The sportiest best equipped of the line. It was also on a racetrack, specifically Charlotte Motor Speedway where I was allowed to take a few laps, at speed, on the new road course affectionally named the “Roval”.  The car handled well, squealed a few tires, and did a fine job.

For my week I would have the XLE Hybrid.  No racetrack this time, other than the infield at Daytona International Speedway where I was covering the Daytona 500. And where any excursion onto the actual track in a passenger car is frowned upon.

The 2018 Toyota Camry Hybrid has three trim levels: the base LE, sporty SE and luxurious XLE. All are powered by a 2.5-liter four-cylinder engine paired with an electric motor for a total of 208 horsepower. A continuously variable automatic transmission (CVT) is standard. The base LE trim uses a lighter and more energy-efficient lithium-ion (Li-ion) battery pack, and the SE and XLE hybrids use a nickel-metal hydride (Ni-mh) battery.

In addition to the new more stylish look on the outside, the changes inside include a touchscreen that has been updated with a 7-inch version of Toyota’s Entune interface. And for 2018, the advanced driver safety aids, like adaptive cruise control and forward collision mitigation are now standard equipment. The 2018 Camry Hybrid also gets new suspension, which equates to a smoother ride.

My top of the line XLE tester had all the good stuff: leather upholstery, power adjustable driver and passenger seats, 8-inch touchscreen, all the nanny features, and a nine-speaker audio system with satellite radio and HD radio set atop 18-inch alloy wheels.

The big test for me when I drive any hybrid is that is doesn’t actually act like a hybrid. I don’t want to know, nor do I care, if there is an electric motor under the hood, I just want enough power to get from point A to point B.  And that’s exactly what the Camry hybrid delivers.  No, it didn’t act like the XSE I whipped around Charlotte, but it did have plenty of power for everyday use and got fuel mileage approaching 48 miles per gallon.

I may not be a hybrid fan, but I get it. This is the direction the automotive world is heading.  Put a hybrid system with a winning car like the Camry, and in the end it’s not really a bad direction to go. 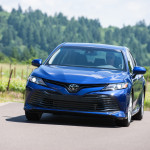 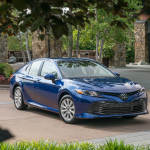 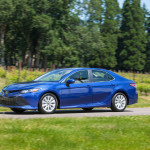 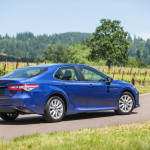 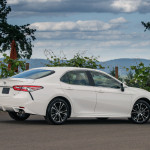 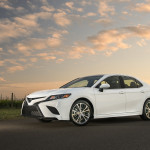 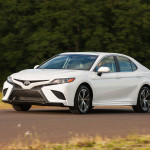 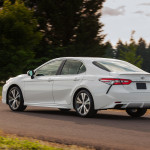 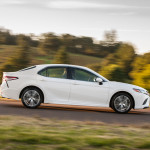 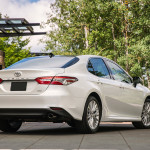 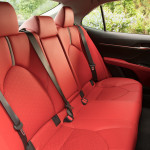 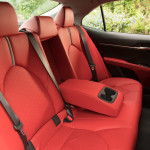