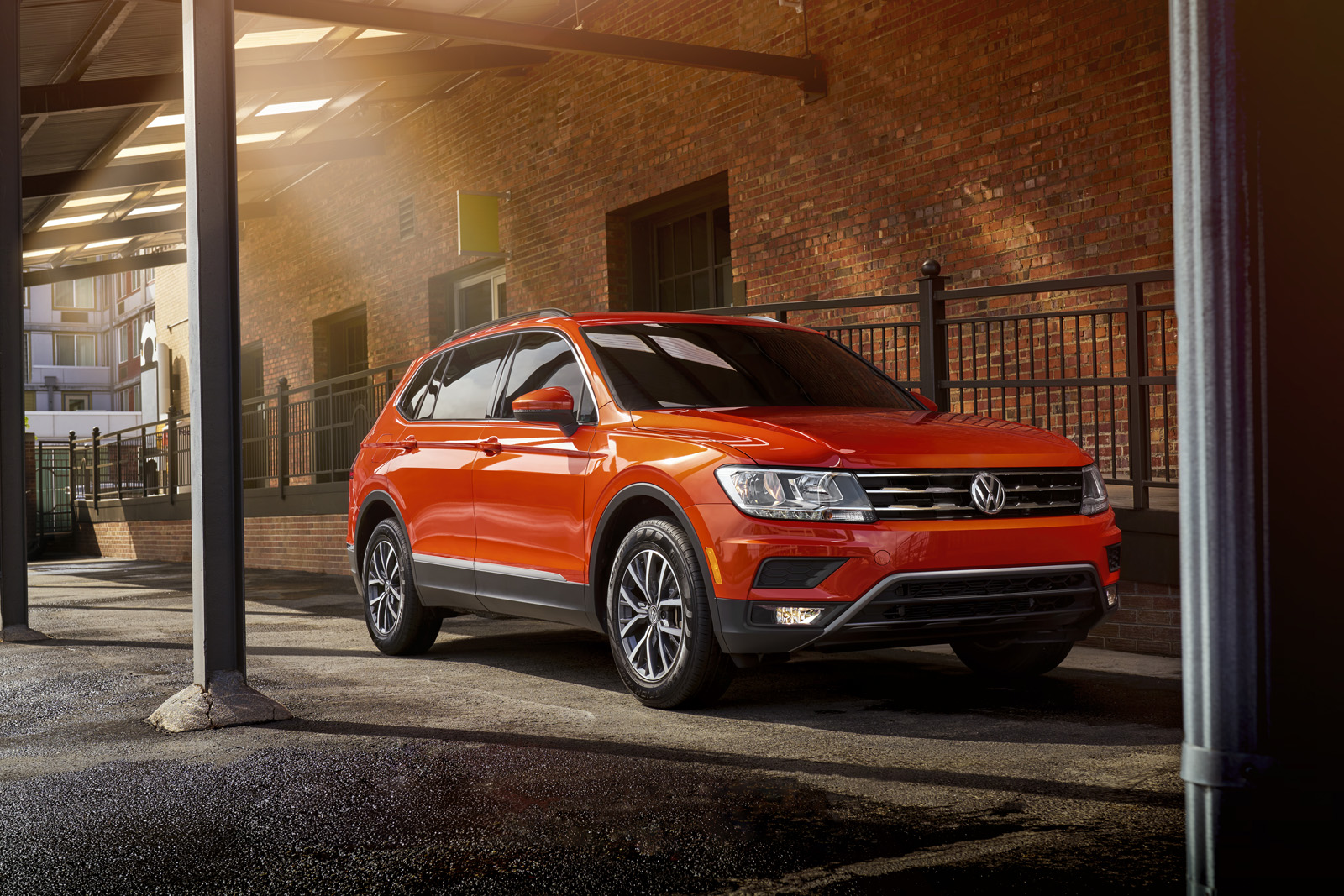 What’s in a name? That which we call a rose. By any other name would smell as sweet… so says Shakespeare. What he meant is that no matter what it’s called, whatever that thing is, still is that thing, no matter what you call it.

Of course, a lot has be put into what that thing is named.  Especially if you are a company trying to come up with a name for a thing that is a product. Especially if that product is new.

One can imagine that back in 2006 or so, a group of Germans were sitting around a conference table trying come up with a name for their new midsize SUV. This I imagine didn’t turn out so well since in Germany there are words that exist like “Rindfleischetikettierungsueberwachungsaufgabenuebertragungsgesetz” which means something to someone somewhere, but would look silly plastered across the entire rear of any vehicle, and make for embarrassing conversation: “My new car is a, well it’s a, Rindfleischetikettierungsueberwachungsaufgabenuebertragungsgesetz.”

So after a few hours of frustration they decided to turn the naming over to the people.  Those people, being German and most likely well loosened after Oktoberfest, came up with the name ‘Tiguan’ which is a combination of the German word Tiger (which in German is surprisingly simply Tiger) and Leguan (which is German for iguana). This beat out contenders Namib, Rockton, Liger, Samun and Nanu.

What a tiger and iguana have in common isn’t clear; after all there is little doubt any decent tiger, being a tiger and all, would gladly include an iguana on its dinner menu. But there you have it, the Tiguan was born.

In the ensuing years the funny named midsized SUV became somewhat maligned. It was a bit too small, had miniscule cargo room; terrible fuel economy, and in the past few years was missing all the nanny aids that made the roads safer; like collision warning, and blind spot monitoring.

Last year VW decided to do something about all that.

What we are left with is an all-new model for 2018. Behold the 10-inch longer, nanny aid equipped, three row seat Tiger-Iguana, uh Tiguan.

Now, it’s not that I don’t like this thing, I do, very much. I recently spent a week with the 2018 SE model, which has a few more gadgets than the base S, but not as many as the SEL or SEL Premium.  It now has the same muscular structure of its bigger brother the new Atlas, the new full-sized SUV that I also like very much.

The SE also now has have blind spot monitoring and collision alert, along with a rear-view camera.  There’s also ample room inside now, although putting much more than a couple of small children in the third row might be challenging.  Fold those down however and you’ll never know they are there; the third row seats that is, not the kids, don’t fold them up in that third row. 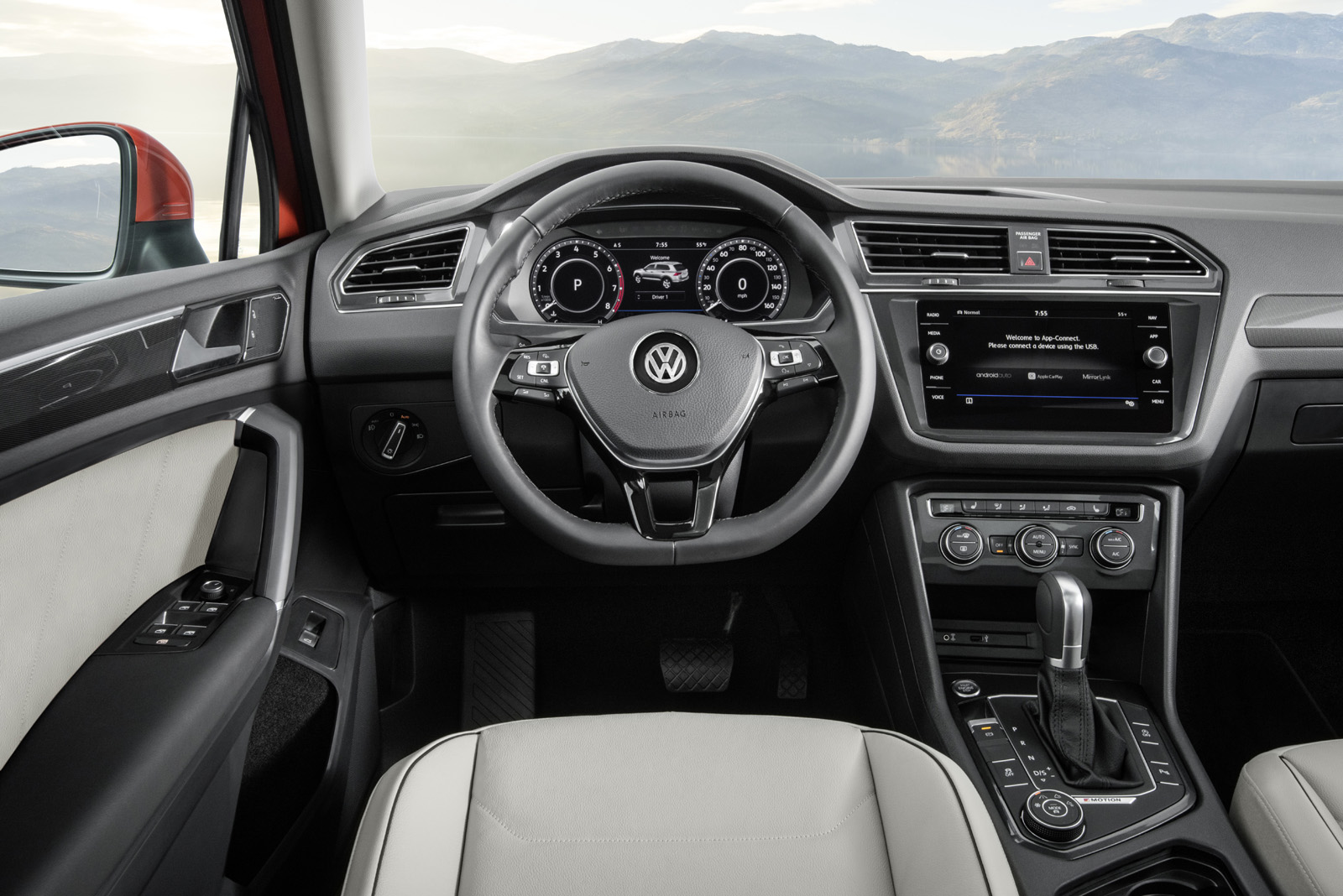 As with all VWs, this new roomier interior is clean, functional, almost industrial. There’s an 8-inch touchscreen that’s easy to control; satellite and HD radio that sounds great, and a decently comfortable ride.  The front wheel drive (four wheel is an option) performed well with the turbocharged 2.0-liter four-cylinder delivering 184 horses and 221 pound-feet of torque through an eight speed transmission to the road.  No, it’s not a speed demon, but should be fine for most in everyday use.

This new generation Tiger-Iguana for 2018 should now be able to better compete in a segment filled with Rogues and Equinoxes. I do wish however they would have another naming contest however, the VW Nanu would sound way cooler than “Tiguan”. 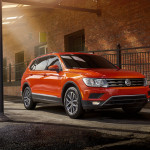 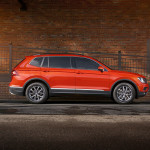 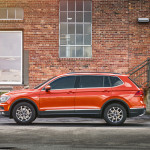 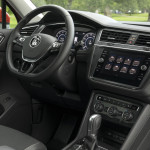 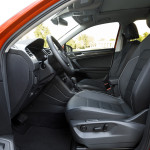 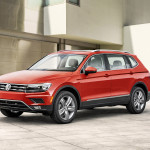 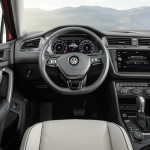 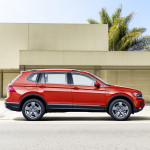 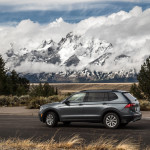 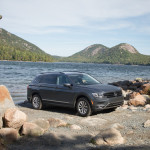 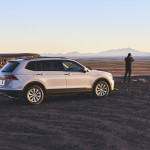 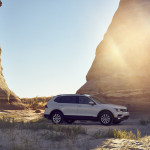 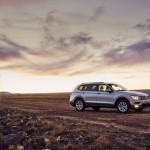 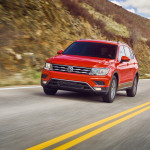