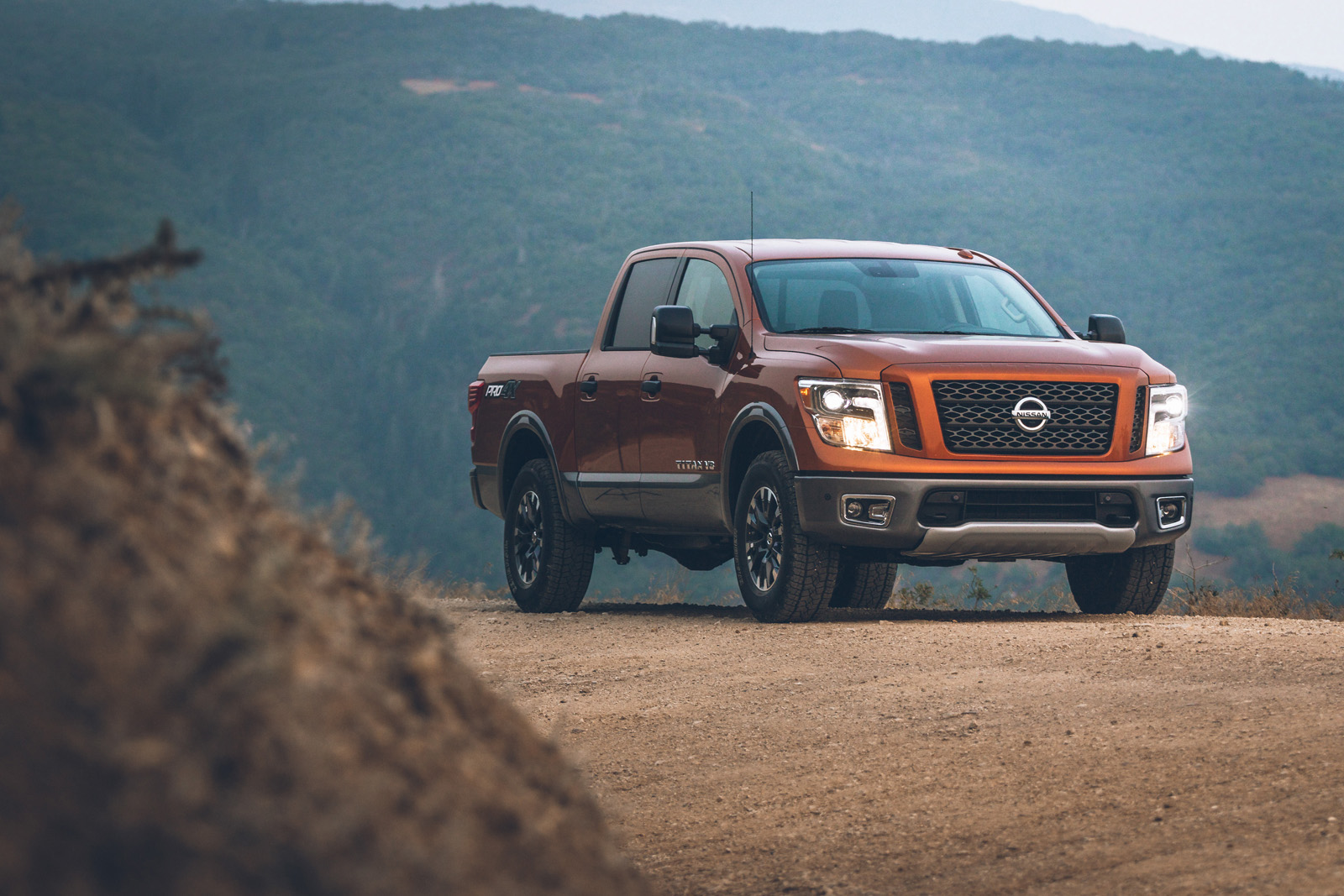 I profess to not being a truck guy.  Not that I have anything against those who consider themselves ‘truck people’, I just never saw the long-term benefits to owning a vehicle that doesn’t even have a roof over part of it.  And I don’t want to be ‘that guy’ who is always helping someone move on a Saturday.

But I get it. There are those who are pickup truck people; tradesmen (and to be fair tradeswomen), farmers and the like who need such a vehicle to actually do things.  Then there are those who buy a pickup just because they want one (except to help you move on a Saturday).  At the risk of stereotyping an entire group of people however, those who want a pickup ‘just because’ normally wear oversized cowboy hats, always have a can of snuff in their back pockets and love Hank Williams Jr.

Don’t get me wrong, I’m sure there are exceptions to this rule, but when I picture a someone who owns a pickup ‘just because’ I can hear Hank in the background opining that a “country boy can survive.”

And don’t even get me started on the size of the truck making up for the lack of ones ‘manhood.’

Maybe that’s why when looking at the sales figures of pickups, those that seem a little more refined, maybe more contemporary, than the others don’t seem to sell quite as well.

It’s common knowledge among truck people that the Ford F-Series is the giant among them having been the top seller since Romans invaded Greece.  In fact, the Ford F-Series is the number selling vehicle in America and has been for some time.  Ford people love to mention this whenever the can. Of course, they rarely if ever add that fleet sales, including many government agencies, account for a large chunk of that.

That’s not to take away from the F-Series, not at all.  The F-Series are well designed and well made. Their appeal however (and smartly) is more towards those aforementioned tradespeople and those with the oversized cowboy hats.

If you don’t wear a cowboy hat, wrangle cattle or need to do something but want a pickup (and love helping people move on Saturdays) an F-Series may not appeal to you.  There are offerings in the pickup world that might, however. 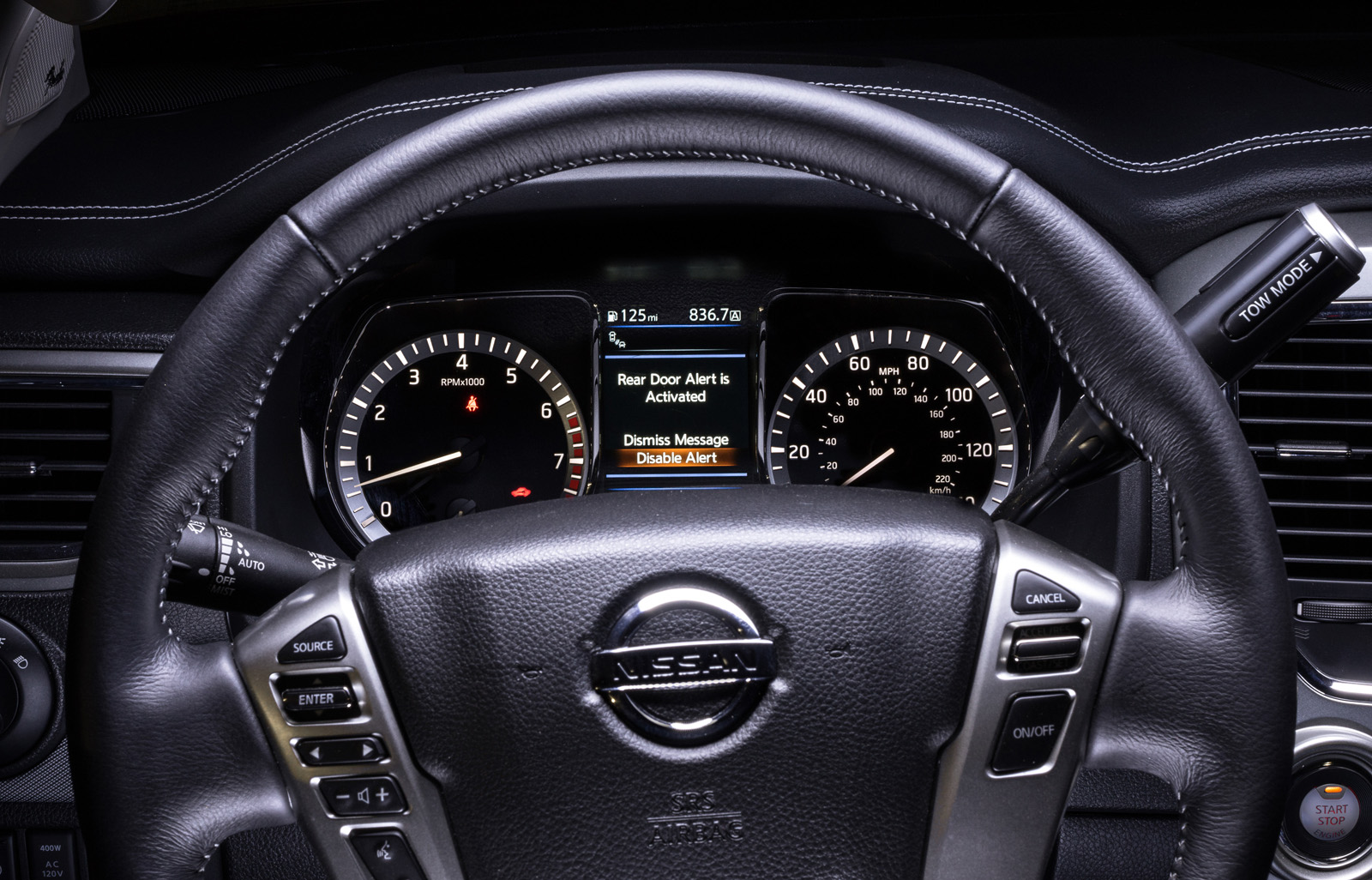 Nissan offers a pickup.  Yes, that same Nissan that makes a 370z and GT-R.  Nissan has two actually; the Frontier and its big brother the Titan. And there are actually two Titans, the normal version and the larger XD.

Last year Nissan sent me the XD for a week.  Yes, it was indeed big, as in ‘where-the-hell-am-I-going-to -park-this-thing big.” However, I liked it. Mainly because the styling didn’t make me feel as though I needed a cowboy hat and a can of snuff.  Instead it was simpler and more utilitarian (the knobs for example weren’t as oversized to account for someone wearing work gloves).

Recently Nissan sent me the 2019 Titan.  It’s the slightly smaller variant without the beefed-up frame of the XD.

For 2019 Nissan made a few changes to the Titan. It gets a 7.0-inch touchscreen for infotainment with Apple CarPlay and Android Auto compatibility standard and optional Fender speakers replace last year’s Rockford Fosgate system among other minor changes.

The Titan is available is S, SV, Pro-4X, SL, and Platinum Reserve trims with a choice of regular, extended, or crew-cab configurations with to 5.5, 6.5, or 8-foot bed lengths. Most of the Titans leave Nissan’s Mississippi assembly plant with a 5.6-liter V-8 rated at 390 horsepower sending power to either the rear or all four wheels via a 7-speed automatic transmission.

I had the Titan Platinum Reserve for my week outfitted with all the goodies. While it looks nearly as large as the XD, with the 5.5-foot bed it was considerably smaller. The cabin still seemed as large as the XD, but the drive seemed a bit less stressful.  In the XD it seemed you needed to be on top of the wheel at all times.  Not so much with the Platinum Reserve. Not that you don’t need to pay attention, but this slightly smaller version was a bit easier to drive on the streets and there were certainly no ‘where-the-hell-am-I-going-to -park-this-thing big” moments. The Titan Platinum Reserve drives more like a large SUV and less like a big truck.

I’ll never own a pickup (I like to keep my Saturday’s free), but if the occasion were to arise the Titan would be near the top of my shopping list. After all I hate cowboy hats. 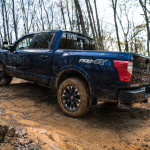 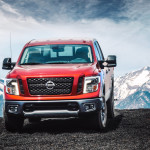 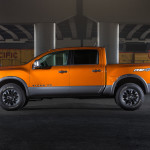 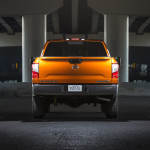 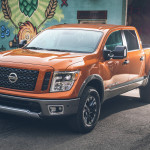 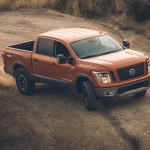 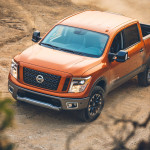 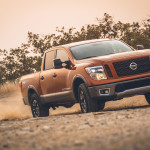 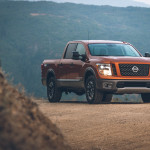 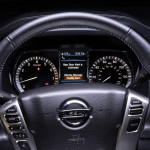