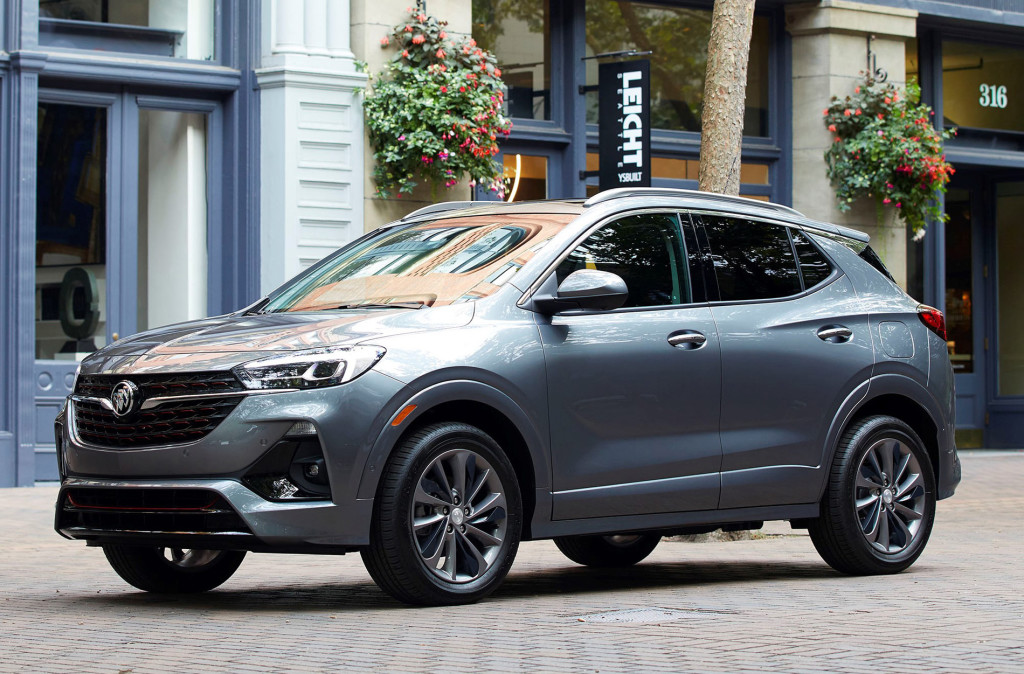 There are many other things that since the dawn of the 21st century have become shadows of their former selves, like newspapers and print magazines, Internet providers, cell phone makers.  Sure, there are still some around, but far fewer than there once was. These are the survivors.

Car companies are the same.  No longer do we have Mercury, Oldsmobile, Plymouth, Saab, Hummer, and Saturn.  Yes, there are still carmakers, but far, far fewer, than before.

Buick is a somewhat surprising survivor having risen from the dust of the automotive apocalypse of the first decade of the 21st century.  Today it’s still going strong having shed its image of a brand for only the older generation. And it’s doing quite well thank you very much.

One of the many things I like about the GM brand has been their ability to hold on to the things that identified them as a brand way back when. A little bit of bling here and there, more chrome accents, a toothy grill, velour seats, an overall flashier appearance than then their GM cousins, save maybe Cadillac. It seems to have worked out quite well for them. Anyone bought a new Pontiac lately, Oldsmobile? Didn’t think so.

Of course, while they aren’t as flashy as days of yore, Buick has become very adept at adapting. Hence the reason Buick has a large lineup of crossovers. That’s the way of the world nowadays.  We don’t read the newspaper anymore nor subscribe to magazines, and far fewer of us drive sedans. Now it’s all about SUVs and crossovers.

Buick now has four crossovers in the lineup and three variants of the same sedan (the Regal). Just five years ago there were two crossovers and three sedans.

The latest edition to the crossover lineup is the Encore GX which isn’t actually an Encore. Stick with me and I’ll try and explain, because when I was sent a 2020 Encore GX for a recent week, I too was confused.

The 2020 Encore GX is a new subcompact crossover from Buick. But it’s not an Encore, which is actually smaller. Yes, the GX sort of resembles an Encore, but unlike the Encore, the GX has a longer wheelbase, is longer and wider overall, and slightly lower. It’s the first vehicle from Buick that uses GM’s VSS-F platform, which is the same one used by the 2020 Chevrolet Trailblazer.

There are three trim levels for the GX: Preferred, Select and Essence (the other Encore adds a Sport Touring trim).  The Preferred has a standard safety suite with automatic emergency braking, pedestrian braking and lane-keeping assist. In addition, the Preferred also includes push-button ignition, an 8-in touchscreen, Apple CarPlay/Android Auto, a 4G Wi-Fi hotspot and 18-in alloy wheels. The select adds heated front seats, dual-zone climate control and a safety package that includes a blind spot warning system, rear cross-traffic alert and rear park assist, while  Essence adds leather-covered seats, a leather-wrapped steering wheel and an in-vehicle air ionizer. 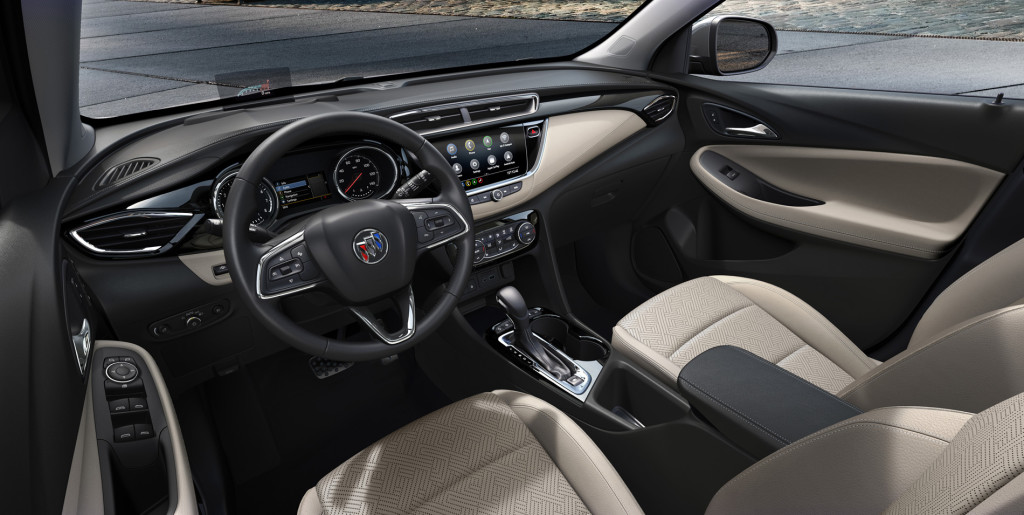 The Encore GX Select and Essence can have an optional navigation system along with a head-up display (HUD), a rear camera mirror and Marketplace, an app that allows drivers to purchase fuel or make reservations at participating locations.

Under the hood the base engine is a turbocharged 1.2-liter three-cylinder engine (137 horsepower, 162 lb-ft) paired to a continuously variable automatic transmission (CVT). Standard on all-wheel-drive models — and optional for front-wheel-drive Select and Essence trims — is a turbocharged 1.3-liter three-cylinder (155 hp, 174 lb-ft). This engine is paired to a CVT on front-drive models, while AWD versions get a nine-speed automatic transmission.

My tester for the week was the Essence with the HUD, upgraded sound system, and rear camera mirror among other things.

The outside looks like what it is, an Encore that is a bit more sculpted and polished, and of course larger. It may indeed be classified as a “subcompact” crossover, but the inside actually seems to have plenty of room for four adults. While the cabin is a mix of high-quality materials in the front and less-expensive ones towards the back, the Essence features leather-covered seats and a leather-wrapped steering wheel. Overall, the GX has a very nice upscale cabin and the visibility is good overall.

Like most modern vehicles should, there is plenty of tech such as a sizable touchscreen, Apple CarPlay and Android Auto smartphone integration, an in-vehicle Wi-Fi hotspot and several advanced safety features. It offers several features — including a 360-degree parking camera, an automated parking system, and the digital rearview mirror things not found on others in this class.

My biggest takeaways on the inside is the overall room and the visibility. The tester had the HUD which is actually a pop screen that’s kind of cool, the sound system was great, and there were two USB-A ports, two USB-C ports, a wireless charging pad and a 115-volt, household-style outlet so you’ll never run out of juice.

My tester had the 1.3 cylinder under the hood, and the CV transmission.  On the road there is little doubt that you won’t be aggressively charging around twisty mountain roads, but for everyday suburbia the 1.3 and it’s 155 horses should be just fine.  I’ve never been a fan of any CVT, so I would probably opt to upgrade to an all-wheel drive just to get the nine-speed automatic.

At the end of the day (and my week) however, the new Encore GX is a great testament to the perseverance of the Buick brand.  The Encore is currently Buick’s best-selling vehicle in North America.  With the tweaks the GX adds, namely a bit more interior and exterior space, there is little doubt that GX could challenge the Encore for the top spot. Either way, there leaves little doubt that Buick will be surviving for many years to come. I wonder if they will ever consider velour though. 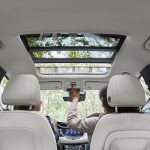 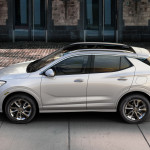 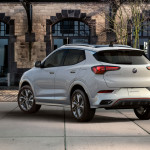 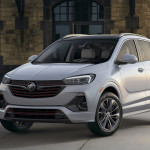 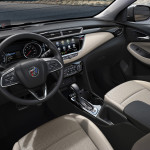 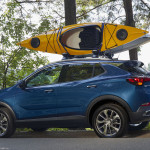 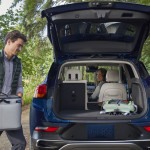 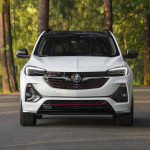 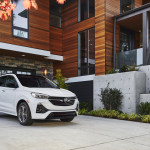 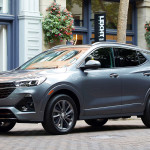 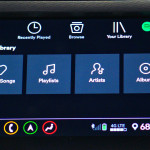 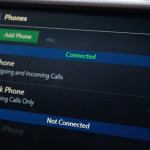 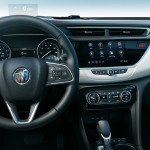 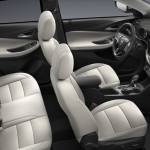