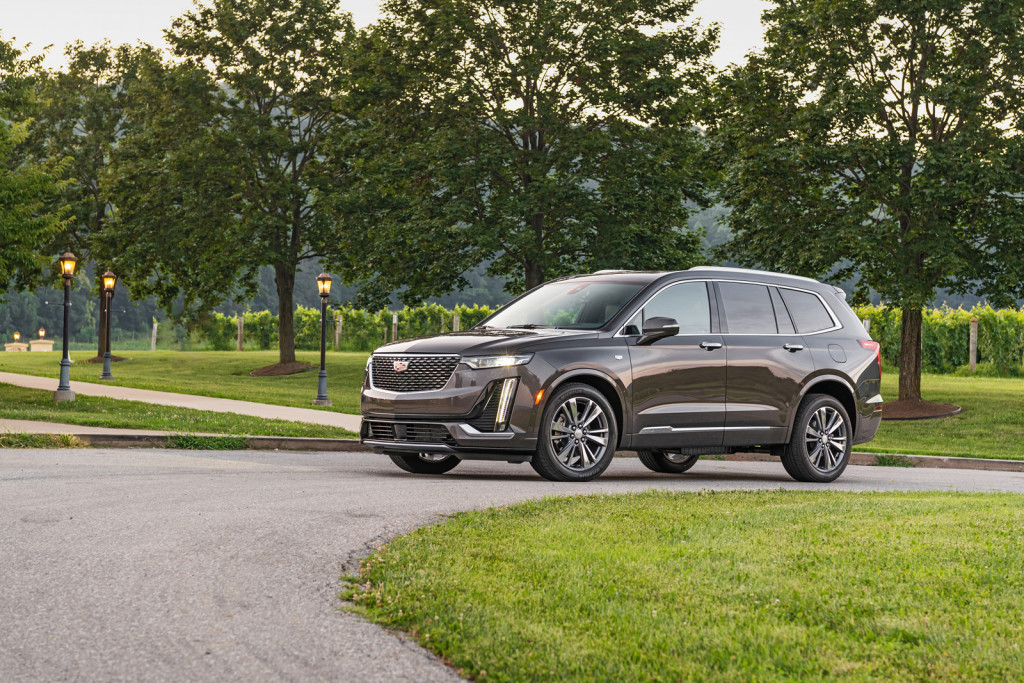 When I was a wee lad, my father, who was raised around the country music scene, owned a hotel in Nashville and dabbled in music promotion, took me to a hotel in Louisville Kentucky where we lived at the time.

Now I would go on to meet some pretty big names in country music, my dad after all had grown up with a guy named Tom T. Hall and when I was a teenager a few years later I would be greeted with the sight of my dad and some fella named George Jones passed out at (and on) the kitchen table but those fond memoires were yet to come.

I had just turned 9 a few months prior and cared more about rock and roll, but my dad was excited to have me meet someone, so…

I remember the room was on the top floor and there was a big guy in the three-piece suit who had met us in the lobby and escorted us into a small elevator. He smelled like Old Spice, the predominant smell of the 1970s by the way. Three-piece suit guy and my dad were talking on the ride up, but of course being a kid I had no concept of what they were talking about.

There was another guy, also big, sitting on a chair outside the room at the end of a long hallway and got up to open the door.

The guy inside that big room was also big (being a kid of course everything seemed big).  I don’t remember much about the meeting, just how the guy shook my hand and smiled, asked me my name and what I wanted to be when I grew up. I just shrugged my shoulders and he chuckled. “Well you still got plenty of time to figure it out,” he said, or something to that effect.

Him and my dad talked for a few minutes. Meanwhile I was in awe of the biggest hotel room I think I had ever seen (and that remains so to this day).  The meeting ended after a short time and the guy towered over me (and my dad) when he stood up.  He patted me on the head and smiled down and thanked me “for coming”.

I was disappointed I didn’t get to look out the window since we were on the top floor.

When we got home, I just remember my mom screaming in a high-pitched voice I don’t think I had ever heard. It wasn’t like the “I see a mouse” pitch, but something I had never heard, and truth be told something I would never hear again.

She was soon kneeling in front of me looking like a flustered teenager. “What did you think?” she asked me. All I could do was shrug my boyish shoulders. I had no clue.  She was of course pretty angry at my dad, at least until he told her she herself would be meeting him after his concert, which they were attending, later that night.

I never really thought it was a big deal to meet the “King of Rock and Roll”, but my dad did score so many points with my mom that day (and night) that he was in her good graces for decades to come.

As I got older, I realized how big Elvis really was.  I remember my mom was so distraught the day Elvis died in 1977.  Sure, it sucked, but as a teenager by then I was more interested in the next Led Zeppelin album.

Since those days I’ve listened to Elvis songs, watched his movies and learned all about him.  Like the fact he loved Cadillacs.  All sorts. And it started with a pink 1954 Fleetwood Series 60 he bought in early 1955.   That pink Cadillac burned up in June of that same year, but Elvis would go on to buy many more Cadillacs, many of them pink. And the pink Cadillac would become nearly as iconic as Elvis himself.

After all back in his day, the SUV wasn’t even thought off. Yet here we are.

All of this came flashing into my mind as I stood in my driveway recently starting at my press car for the week; a 2020 Cadillac XT6. No, it wasn’t pink, nor was it a sedan, or even as big as those classic Fleetwoods and Coupe De Villes the Memphis Mafia tooled around in back in the day.

Today Cadillac is forced to make SUVs and crossovers because that’s what the public demands, and the XT6 is the latest addition to the lineup. It’s an all new model, a third-row crossover. 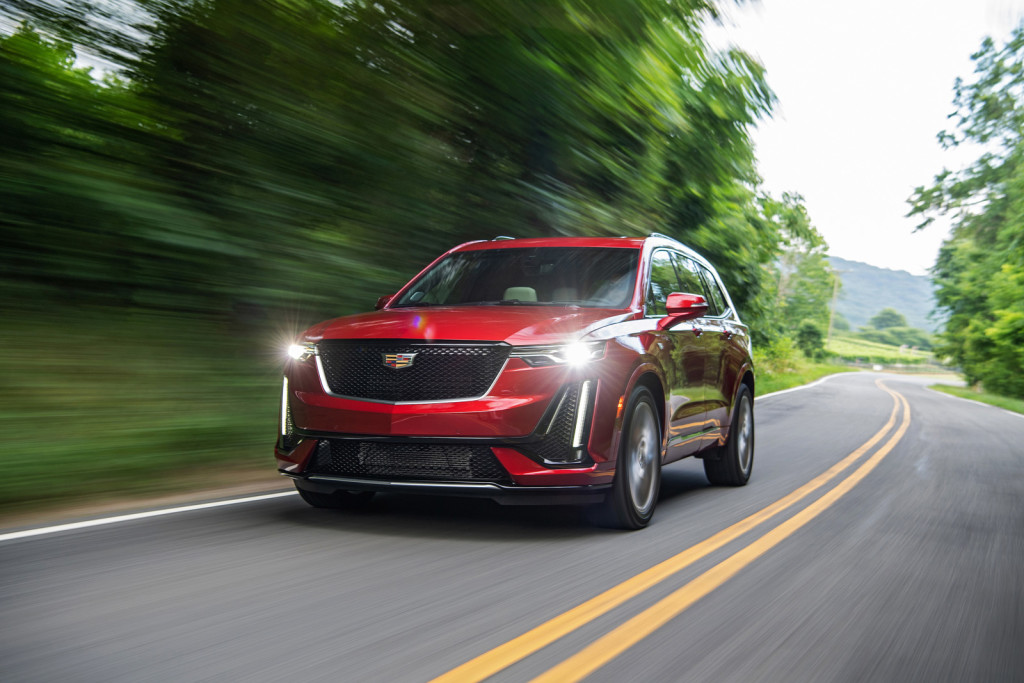 Just don’t call it an Escalade.

The Escalade is based on a truck chassis with a big old V8; the XT6 is smaller, lighter and based on a sedan.

The new XT6 has two trim levels, Premium Luxury and Sport. Both are powered by a 3.6-liter V6 engine (310 horsepower, 271 lb-ft of torque) and a nine-speed automatic transmission. Premium Luxury trims come standard with front-wheel drive, but all-wheel drive is optional. Sport trims are AWD only.

Of course, being a Cadillac the XT6 is loaded with all sorts of luxury accoutrements; a sunroof, a hands-free liftgate, heated front seats, and a heated steering wheel.  There’s also an 8-inch touchscreen with a secondary dial controller, satellite radio, six USB ports (two for each row of seats), a 4G LTE Wi-Fi connection, and a wireless device charge pad. The Sport variant has a few performance and cosmetic differences.

My tester had the optional automatic emergency braking, blind-spot warning and lane keeping assist, and parking sensors and Cadillac’s Rear Vision Camera, which fills the rearview mirror with a real-time image from a rear-mounted camera. It also had an upgraded Bose sound system, a navigation system, upgraded leather upholstery and interior trim, and adaptive cruise control.

On the road the XT6 is agile and has plenty of power on the road and there is little doubt there would be enough of that power to tow the up to 4,000 pounds its rated for.

The ride is smooth, the cabin is a nice place to be, and the week I had with it was too short. The only minor issue is the price. The fully loaded XT6 I had for my week was priced out at $70,890. Of course, that would be like $1 in Elvis money.

So, if Elvis were still around would he approve of the XT6? Would he, like many big-time entertainers, prefer to whip around with his Memphis Mafia in an Escalade?

I doubt it. After all a Cadillac back then meant something; you had arrived, were somebody.  And it still does.  I just wonder if he’d be able to get it in pink.

Thank you, thank you very much. 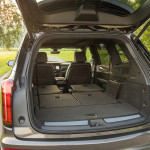 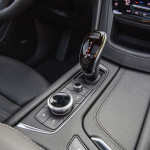 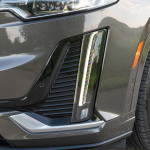 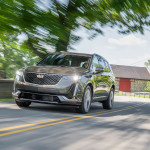 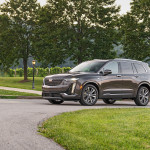 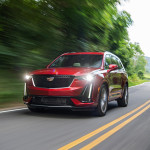 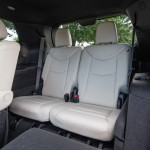 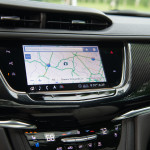 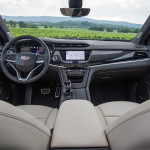 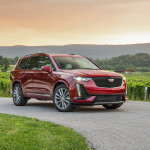 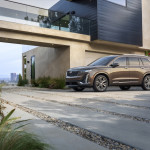 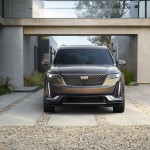 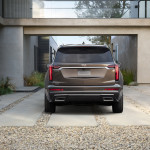 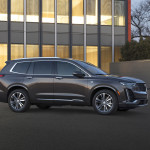 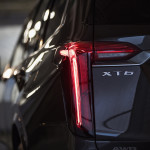 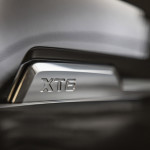 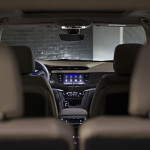 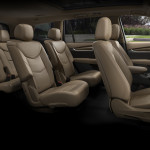 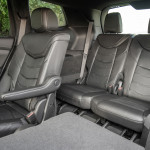