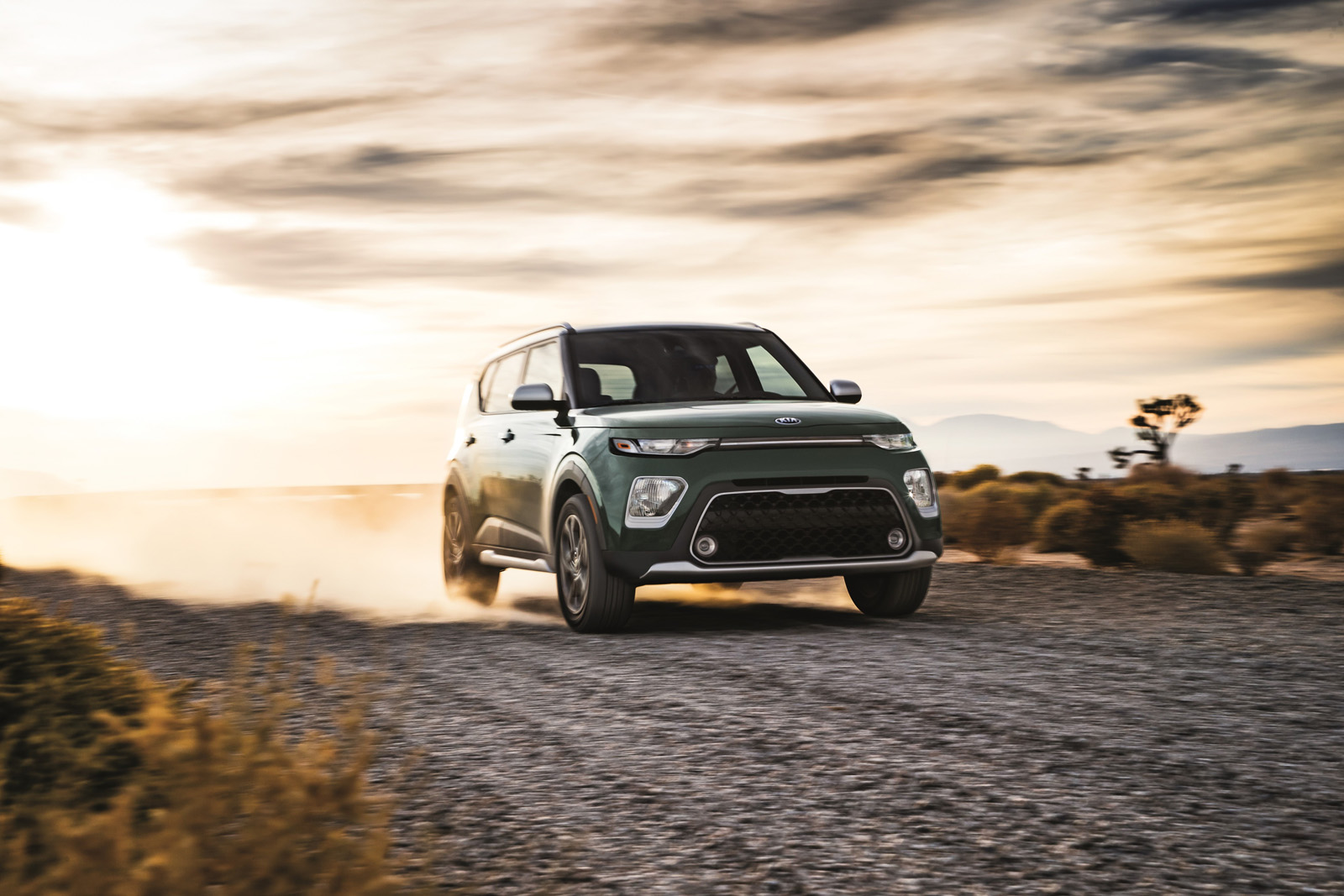 I’ve had a love-hate relationship with Kia through the years. Maybe not so much ‘hate’, more of a ‘dislike’ for some in the lineup. The Stinger is a great vehicle, the Forte, Optima, also nice affordable cars.

But there are things I never understood about the lineup; the Rio, or the Sportage, and dancing life-sized hamsters; to me those haunt my nightmares. Sort of like creepy clowns.

While not invading my nightmares, the Soul is something I never quite understood.  Sort of like man buns, skinny lattes, flash mobs and pop-up stores.

And turns out that Kia wants it that way.

The Soul was designed to sort of be a thumb up the nose of the establishment; a middle finger to the man, a hippie at Woodstock in 1969 who would never wear a skinny tie.

Some have said the Soul resembles a toaster on wheels, and I have to agree; others say the Soul has become iconic, and while I might not agree with that, we all can agree that they sell, and obviously sell well. Kia has sold over a million of these things since 2009.

Kia sent me a Soul for a recent week. The last time I had one was in 2015 when they sent me the EV. Back then they had to send to me on a flatbed since it was coming from Miami, 200 miles away and in 2015 at least there weren’t enough charging stations along the way (at the time the EV had a range of 120 miles on a good day).  Thus, I had a bit of bias and was not a fan.

The most recent Soul was the 2020 with an actual gas engine (thank god) and clad in the X-Line trim. 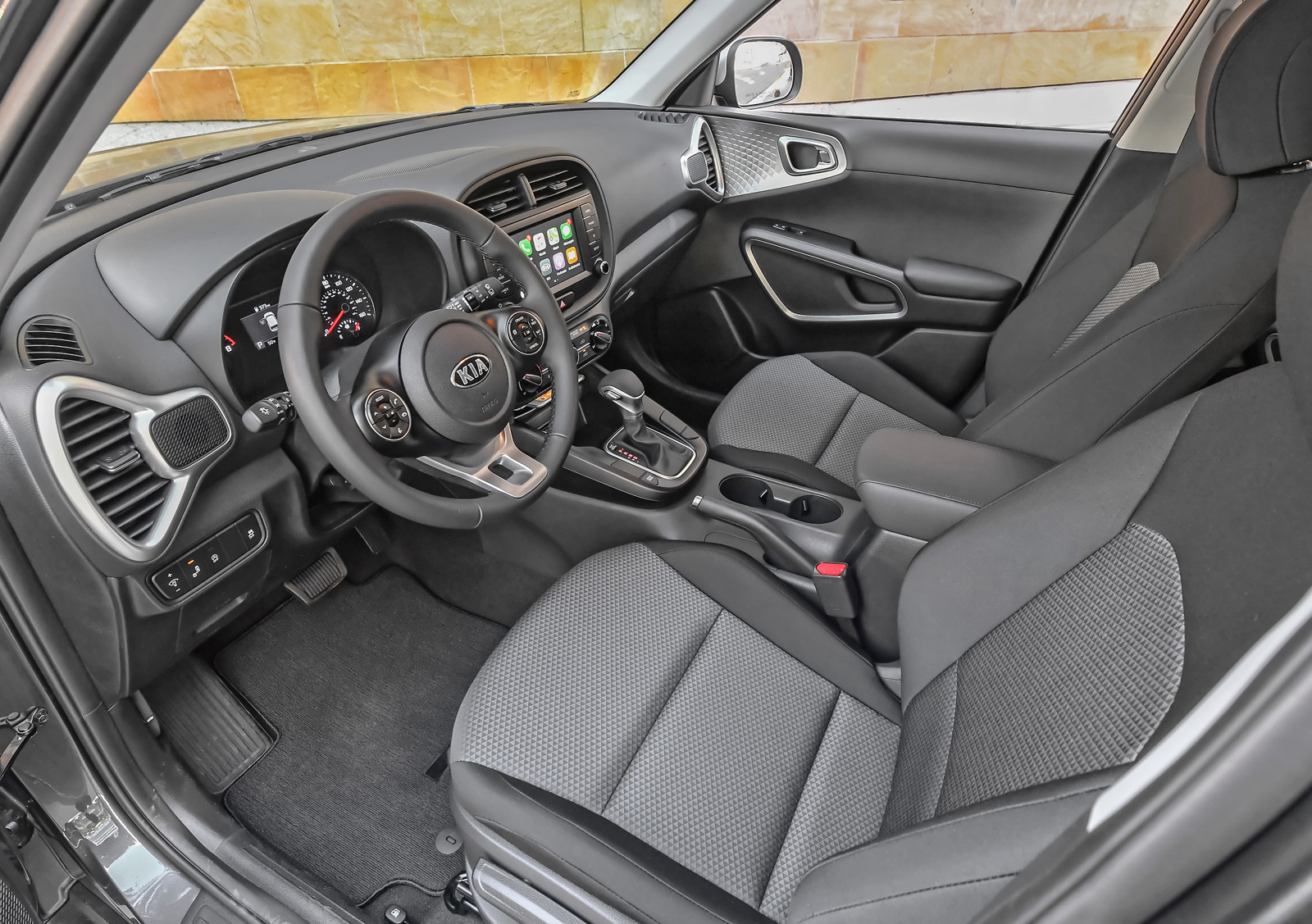 The 2020 Soul is redesigned with a new styled exterior and a new base powertrain.

The 2020 Soul is available in six trim levels – LX, S, X-Line, GT-Line and EX.  The GT and X-Lines are new for this year. The GT is designed to be sporty and has an available 201 hp turbocharged engine, the X-Line does what many have hoped it would do and that’s give the Soul more of a true SUV look with its own special 18-inch wheels, unique exterior body cladding, foglights, silver mirror caps, roof rails, the LX’s cloth upholstery, and a leather-wrapped steering wheel. It’s all designed to give a more rugged look.

Of course, while it looks like it could barrel down a dirt path there is still no All Wheel Drive option for any of the Soul’s in the lineup leaving that off-road adventure perhaps more of a dream than a reality.

The standard powerplant is a 2.0 liter naturally aspirated 4-cylinder paired with either a 6-speed manual or with what Kia calls an Intelligent Variable Transmission (IVT) which is actually a CVT that mimics shifting.  At the end the powertrain delivers 147 horses and 132 lb-ft of torque.  While that may be enough power on the pavement, trying to barrel down a dirt path would probably leave you stuck and being laughed at by real off-roaders. Still the more rugged look does add a bit of an SUV-street cred and to me at least makes the look a bit more palatable.

But someone pointed out that looks aren’t everything.

As usual my wife provided this bit of brevity.  After 37 years of wedded bliss, she has always been the grounding force in everything. Kept my wild dreams from becoming nightmare reality, “No we can’t open a pop-up boutique to sell Nicholas Cage themed pillow cases.”

After spending a few days of her own with the Soul (because I didn’t want to actually drive it more than I had to), she pointed out that on the inside it’s well made and functional.  And while certainly not a speed demon it drove well and had enough power to do what it is intended to do. And thanks to its toaster-like design the Soul is like having a mid-sized SUV without actually driving a mid-sized SUV. Pop open the hatch, put down the seats and you can haul just about anything any mid-sized SUV can, without having to hunt for a mid-sized SUV parking spot.

After my days with it, I had to begrudgingly agree.  Not just because I’ve learned in nearly four decades of wedded bliss that most of that ‘bliss’ occurs when I agree with her, but I also realized that she was right.  The Soul is more akin to a mid-sized SUV then a quirky little box filled with life-sized dancing hamsters.  Maybe if Kia puts a bit more power under the hood and adds all-wheel drive the X-Line will actually be able to barrel down that dirt path.

At least now I can understand why Kia is selling over a million a year, and why there is no reason they shouldn’t be for many years to come. 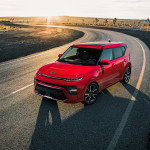 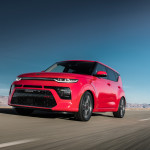 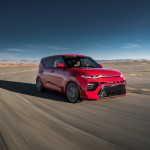 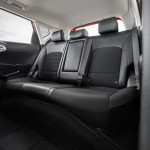 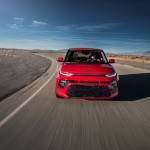 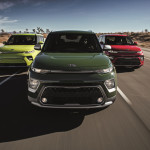 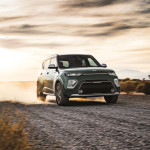 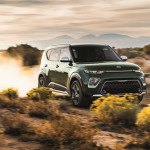 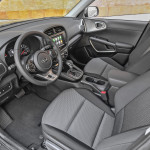 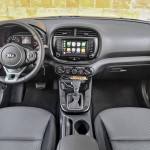 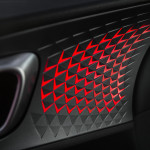 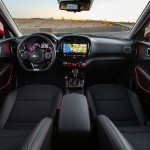