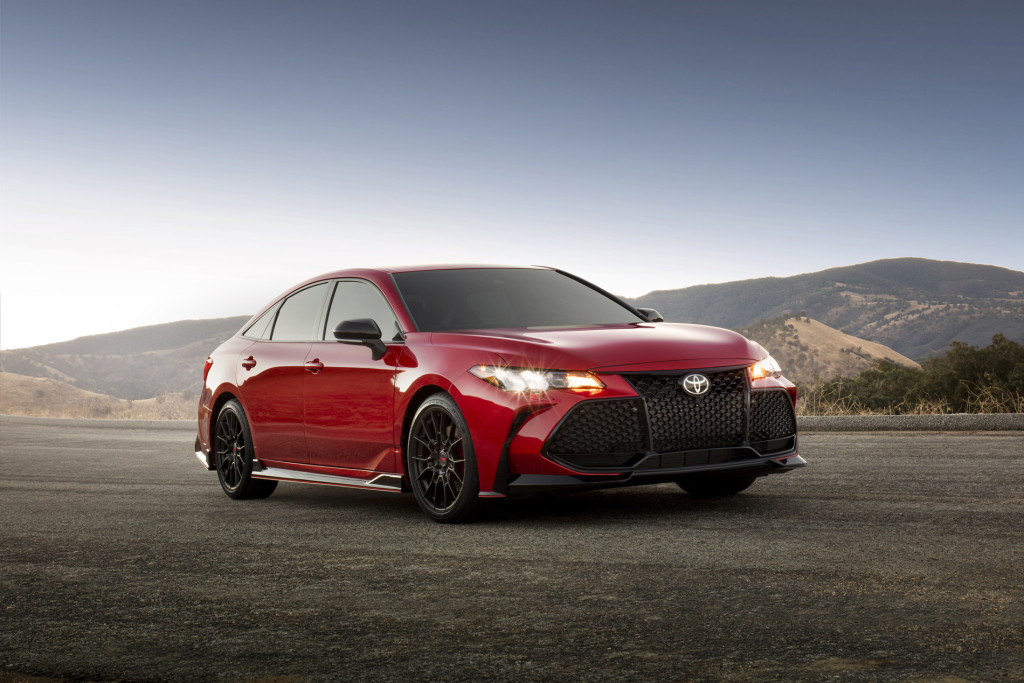 So far, I’ve had a pretty good summer. My inground pool has been repainted and is up and running. And thanks to the quarantine, my adult daughter (who is on furlough) has moved back in and in her boredom has transformed our backyard into a tropical paradise complete with a tiki bar.  And to top it off, Toyota has been very, very good to me.

For those who are in the know, but not in the know, the TRD designation is sort of like a Mercedes-AMG designation, except it’s not as “AMGish.” Hold on, it will be sense in a sec.

The Avalon is Toyota’s top offering in the sedan lineup. It’s a family friendly car with a bit more fluff and luxury than a Camry but remains very affordable. I’ve been a long time Camry fan, and so has much of the rest of the automotive market it seems.  The Camry has been one of the best-selling sedans for a while now, and it shows no signs of slowing that pace.

Toyota sent me a 2020 Camry a few weeks ago, and while I’ve driven plenty of them, this one came with the Toyota Racing Development (TRD) badge on it. Prior to this year the TRD badge was normally found only on their off-road vehicles, now it was on a road car.  As always it was a great week, but I learned that the TRD designation, while worth it, really doesn’t add all that much.  See when you get a Mercedes AMG badge you get a lot more than just some floor mats and pricy pinstripes.  There are engine upgrades, suspension tuning, fancy electronics and such.  Of course, when you buy a Mercedes you are planning on spending a great deal of money, and when you add AMG, you are planning on spending even more.

The Toyota philosophy when adding the TRD designation is to add a little “umph” without adding a lot of cost. In that sense, it actually makes sense. Not just some floor mats and pricy pinstripes mind you, but some nice sporty upgrades that add a bit of fun.

Like the Camry, the Avalon is available in the XLE, XSE, Touring and Limited variants with the TRD fitting right in the middle. Think of the Avalon as a more luxurious Camry with a 1.8-inch wheelbase stretch and a couple more inches of overall length, with interior upgrades.

And like the Camry TRD, this Avalon TRD (which starts life as an XSE) adds such things like 19-inch wheels that are a half-inch wider, along with a 0.6-inch-lower ride height, springs that are 10 percent firmer in front and 15 percent firmer in the rear, stiffer anti-roll bars, revised nonadaptive dampers with internal return springs, beefed-up underbody braces, 0.9-inch-larger front brake rotors with two-piston calipers (versus the one-piston calipers on other Avalon models). There’s also a duel exhaust system that gives a bit of a throater roar.  Otherwise the Avalon TRD gets the same 3.5-liter V-6 engine.

Outside those 19-inch wheels are matte-black, TRD-specific and 3.1 pounds lighter than other models.  There also a TRD specific body kit that includes gloss-black lower-body add-ons, and a red pinstripe. There’s also a rear spoiler, a diffuser element in the lower rear bumper, and blacked-out exterior trim. Inside, there are red seatbelts, red accents and stitching throughout, and “TRD” logos on each front headrest.

The Avalon TRD is comparably equipped to the one-level-down XSE, with standard automatic climate control, adaptive cruise control, and blind-spot monitoring. The only option is a $1760 bundle that adds a JBL audio system and built-in navigation, which my tester for the week had. 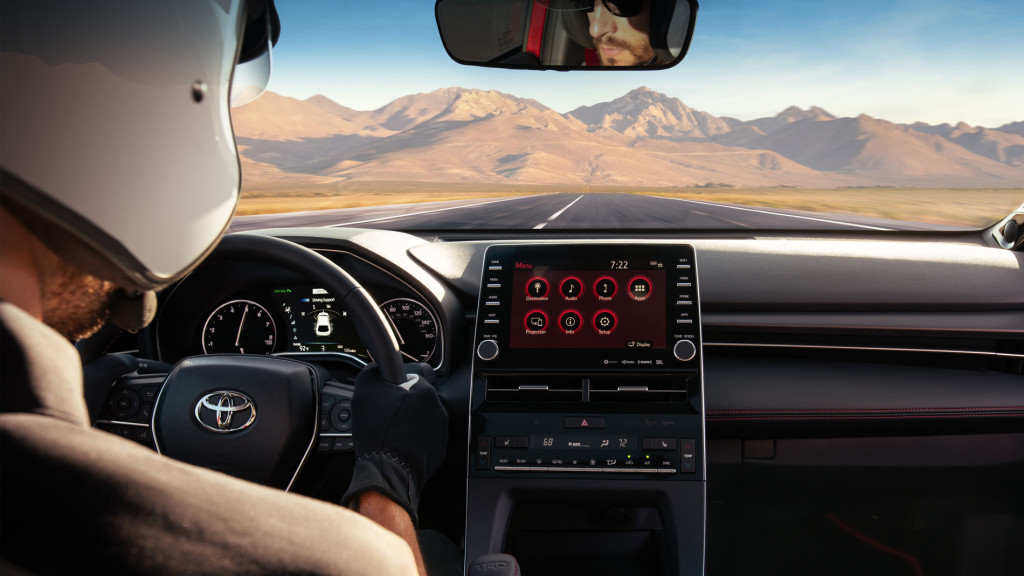 Under the hood Toyota has done nothing to the standard 3.5-liter V-6; it still produces the same 301 horsepower that it does in any other Avalon, the eight-speed automatic transmission is unchanged, and all-wheel drive isn’t available.

Should you be looking for a nice family sedan and don’t mind paying around $10,000 above a Camry, the Avalon is a very nice place to be. The interior upgrades, including a bigger center touchscreen, are well worth it.  And the TRD variant makes the Avalon a family sedan with a bit more of a bark.

But is there more bite?

Sure, there may be “only” 301 horses under the hood, but with a base curb weight of 3638 pounds, the power to weight ratio makes for a pretty zippy sedan. No, this isn’t an AMG, but then again you aren’t paying for an AMG.  You are paying for a very nice sedan that has beefed up suspension, looks sporty and will add some fun into your daily drive.

As for the price differences? For an Avalon XSE (which the TRD is based on) the MSRP starts at $38,375, while the TRD trim starts at $42,375 (my tester with the package that included the JBL audio system and built-in navigation came out to $45,410).

While Toyota touts the TRD as having “track-tuned” suspension this Avalon TRD isn’t a true track car, like say the Supra (hold on just a second, I need to stop and breath…okay carry on).  However, on a nice twisty lonely road, the TRD would no doubt be a blast to open up and drive.  I did a 0-60 in just under 6 seconds and a ¼-mile in 14.2 seconds and hit 109 mph.  Not earth shattering but not too shabby.

Overall if given the choice I wouldn’t hesitate to put an Avalon TRD in the driveway. After all, if I have to go somewhere, why not enjoy the drive?

So yes, it’s been a good summer so far and it isn’t even half over.  Not sure what vehicles Toyota (or anyone else for that matter) will be sending me in the next few weeks, but no matter I’ll be hanging out at my tiki bar patiently waiting. 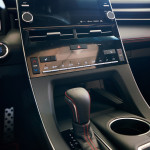 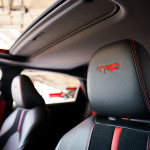 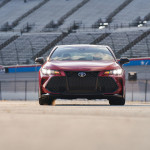 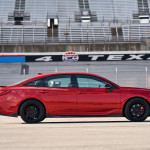 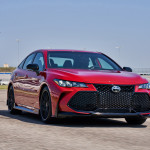 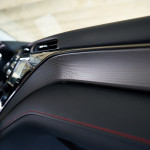 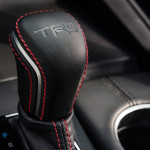 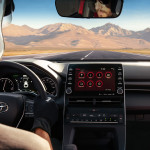 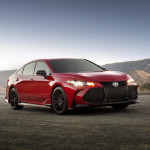 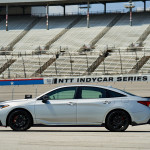 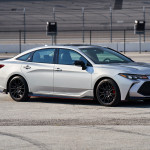 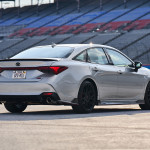 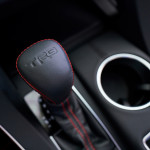