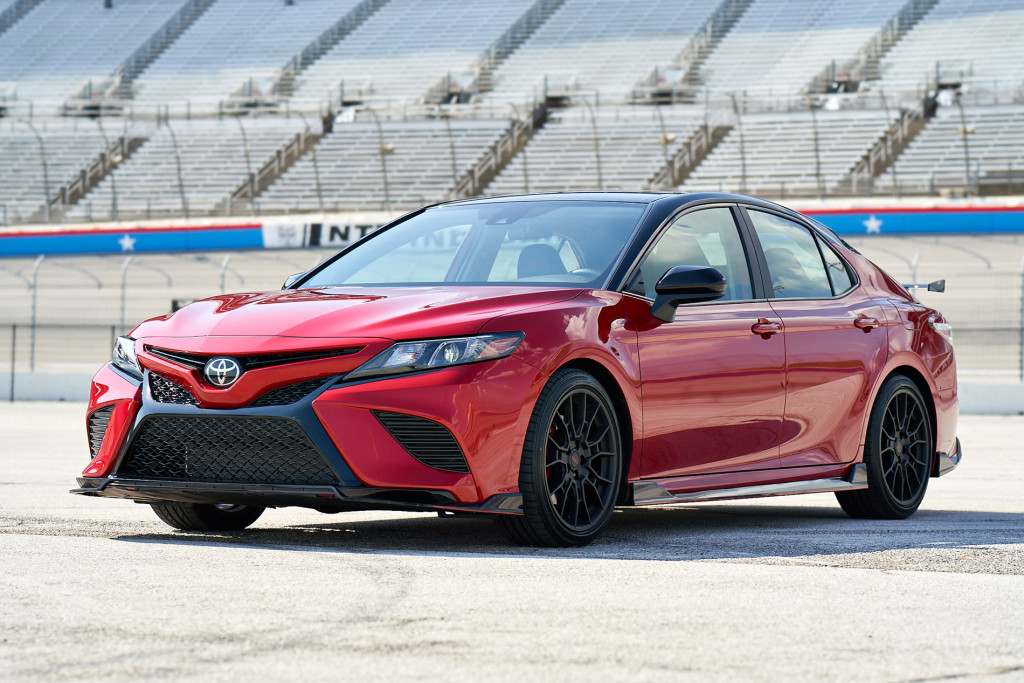 The first time I ever drove a Toyota Camry it was an XSE version that I had a chance to take for a few laps around the NASCAR “ROVAL” at Charlotte Motor Speedway for a media event.  It was, of course, a blast.  I’m a terrible road course racer, and racer in general, so I didn’t exactly set any lap records, but I was left with the memories of a quick car, race control telling me on the radio “driver get your hand inside the car please” on my cool down lap, and pulling back into the pits blasting some hip-hop on the excellent sound system and slowly driving past NASCAR driver Joey Logano (who was standing outside his Mustang and getting ready to show us all how a proper road course lap is done) and telling Logano “Dude, I got his down, let me know if you want some pointers,” which elicited a smile.

I had a week with a Camry XLE a few years later and enjoyed the experience. The high-performance fan in me wanted just a little bit more however.   The XLE (and the earlier XSE) had the larger of the two available Camry engines, the 3.5 liter V-6, and while adequate for everyday driving (and the XSE great for a terrible road course racer to do laps with), you couldn’t exactly classify it as “high-performance.”

So it was that my curiosity was peaked when Toyota delivered me a new for 2020 Camry TRD for a recent week.  The TRD stands for Toyota Racing Development and I hoped the Camry I liked would finally become the Camry I loved.

The Camry is available in the L, LE, SE, XSE, XLE and, new for 2020 the TRD variant.  This continuation of the eighth-generation Camry also adds Android Auto.

There is, of course, very good reasons this is such a popular sedan. The cabin is roomy and comfortable, there’s plenty of trunk room and a lot of nice standard features.  The nicer features such as blind-spot warnings and an upgraded infotainment display aren’t available standard until you get to the “X” models, but there is still a lot great things that can be said about the Camry, especially about the value it delivers.

The TRD moniker has been seen in Toyota, but normally on the off-road capable vehicles, which I always thought was a bit odd.

But now the TRD badge is on the side of a sedan.  And just what does that TRD badge deliver?

The front brake rotors are 0.9 inch larger in diameter and use two-piston calipers instead of single-piston units; there’s stiffer springs and larger-diameter anti-roll bars along with stiffer underbody braces and a V-brace behind the rear seats. With that V-brace the rear seats can’t be folded down for the record.  The TRD also has dampers with internal return springs and revised valving adding to the upgraded suspension. Overall, there is 0.6-inch-lower ride height. 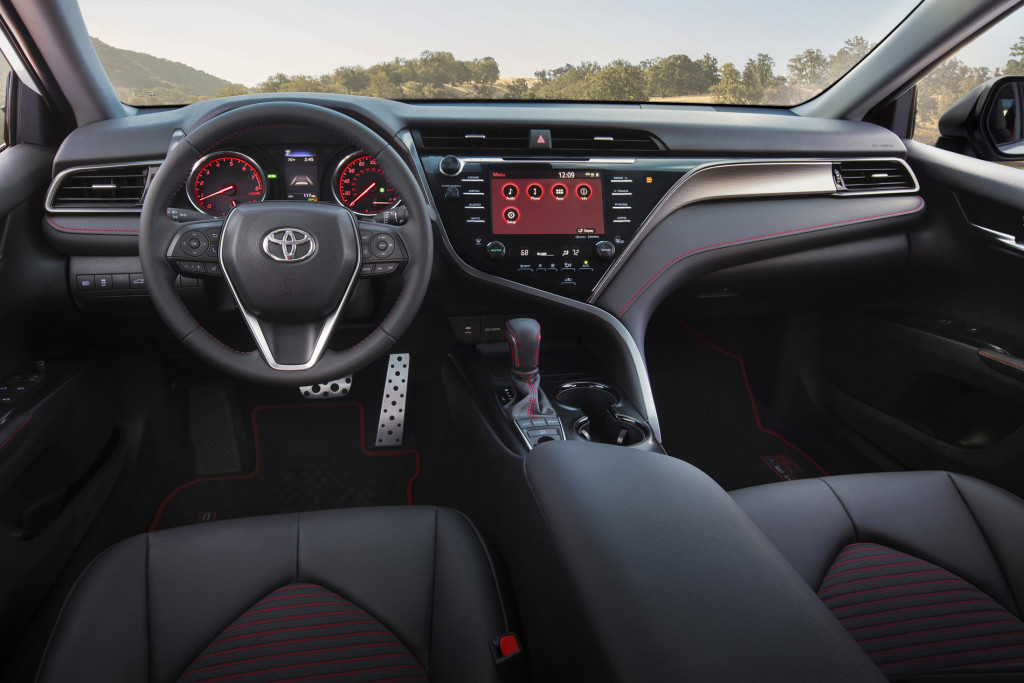 Outside, there are matte-black, TRD-specific 19-inch wheels each 3.1 pounds lighter than other models.  There also a TRD specific body kit that includes gloss-black lower-body add-ons, a red pinstripe, and a rear wing supported by two struts.

In short, the TRD definitely looks the part.  Now, I didn’t have the ROVAL to test on again, but I did put the TRD through its paces on the some local (and very uncrowded) roads.   Sadly, I wasn’t too impressed.

You see, while the Camry TRD looks the part, the truth is under the hood is the same 3.5-liter V-6 that can be had on the X models (and as an option on the SE).  The 4-cylinder has 203 horses, and while this latest version of the V-6 has 301 horsepower and that’s up from the 268 of the previous versions, in the TRD there is no more than that 301 hp.  Even the stated base curb weight is the same, 3572 pounds.

There is a bit more of a ‘bark’ from the sport exhaust, but beyond that, the sport seats, all the red stitching inside and the exterior enhancements there seems very little, performance wise, to set the TRD apart from the rest of the lineup. The beefed-up suspension may help, but it was hard to tell.

Still, the Camry TRD is a fun car to drive.  It’s nimble, agile in corners, and comfortable to be in.  But then again, so is the rest of the Camry lineup.

So, what’s the point?

The only advantage, in my humble opinion, beyond the great look, is the fact that the Camry TRD provides the least expensive way to get a V-6 among the lineup. With a base MSRP of $31,170 compared to the XLE V-6 which starts at $34,580, the Camry TRD can put a V-6 under your hood cheaper than anything else in the extensive Camry lineup. So there’s that.

This isn’t a knock against the TRD. It looks great and is fun to drive. But like I said when I had the XSE in 2015, a sport model should have a little more under the hood, and I suspect performance enthusiasts wouldn’t mind paying a bit more for it. Give us a turbocharger, something, anything, that would make the TRD worth the badge.  The Camry is a great car. It has a lot of features and is a great value for the money.  I’m a little disappointed that the TRD falls a bit short up front. But, if you want a Camry, and want a V-6 under the hood, the TRD is definitely the way to go. 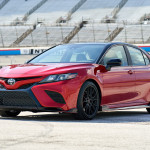 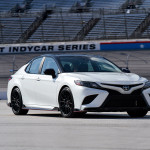 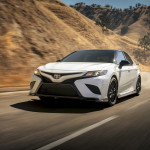 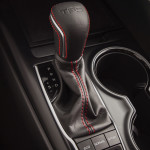 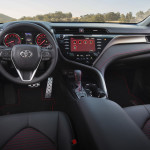 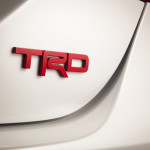 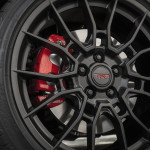 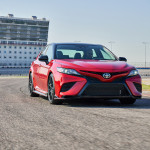 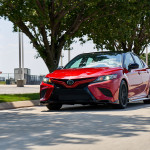 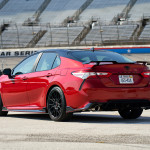