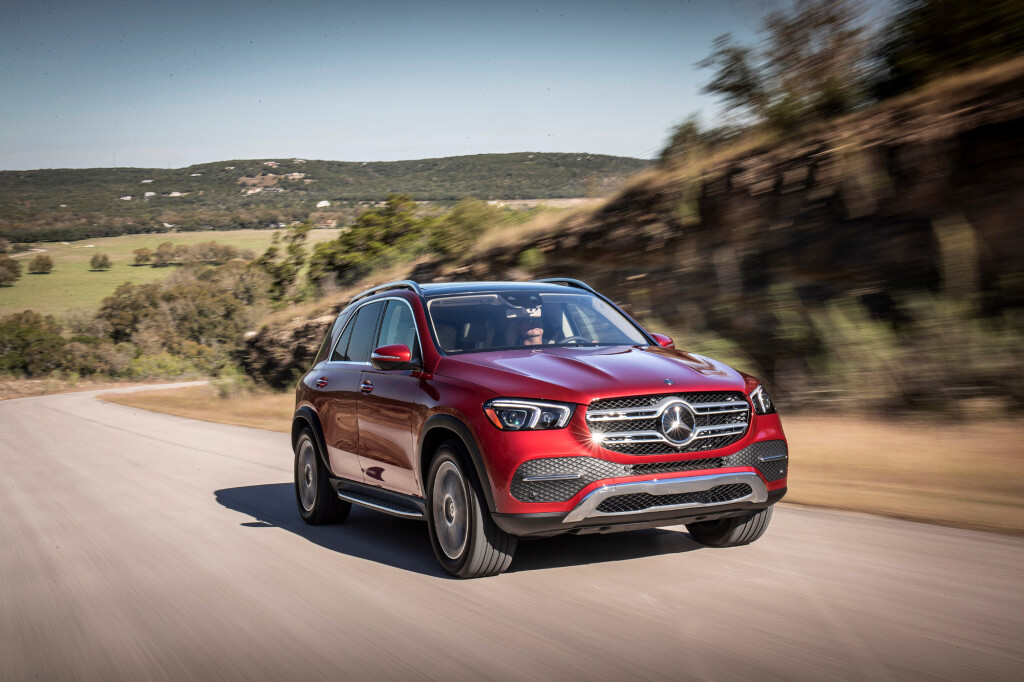 I’ve always been someone who’s embraced new things, especially tech things. FM radio, cassette tapes, CDs. So, when the internet took hold in the early 1990s and we first learned we could hook into the rest of the world via our home telephones, I was all in. Sure, “streaming” in those days meant seeing a different still photo taken once a minute, but hey it was cool.

Despite my advancing age, I still enjoy all the new tech coming down the information superhighway. Though to be honest I have yet to put a speaker in my house with a feminine name that can cater to my almost every whim. That still seems creepy to me.

I’ve always enjoyed the tech in my cars. Of course, in the early automotive years that meant being wowed by the ability to roll a window up and down by the press of a button, or even having air conditioning. Then came CD players and airbags with sunshades lined with large silver discs, and a bit more bravado behind the wheel confident you could survive a crash thanks to a marshmallow exploding in your face while Eddie Van Halen played Eruption.

Nowadays cars can drive themselves and we hold more power in our pockets than NASA had when they landed men on the moon. Just like I’m not quite ready to call out to Alexa for my groceries, I’m not quite ready to have my car drive itself. But I love Bluetooth, apps, self-parking and all the other cool tech found today.

That’s one of the reasons I’m such a Mercedes fan. Yes, most all Mercedes are expensive, but those silly Germans tend to put a great deal of tech into them, and that’s just fine with me.

When they sent me a 2021 GLE450 for a recent week, I knew I would have a good week with it. This despite the fact that it’s an SUV and lacked an AMG badge.

The GLE lineup is the midsized SUV offerings from Mercedes. I had a week with a 2020 GLE 350 a couple of years ago, and it was indeed a good one. That was the first year of a redesign that added higher levels of luxury, even more refinement, and naturally updated, and more, tech. There were only a few minor changes for 2021. Now standard is ambient interior lighting, a wireless smartphone charging pad, and SiriusXM satellite radio.

Also new for 2021 is a parking damage detection system that notifies the owner via the Mercedes smartphone app if the GLE is bumped while parked. I think it would be cooler if they could add an additional small electric shock, and a loud warning in a German accent to “GET AWAY FROM ZEE VEHICLE”, but we can’t have it all. 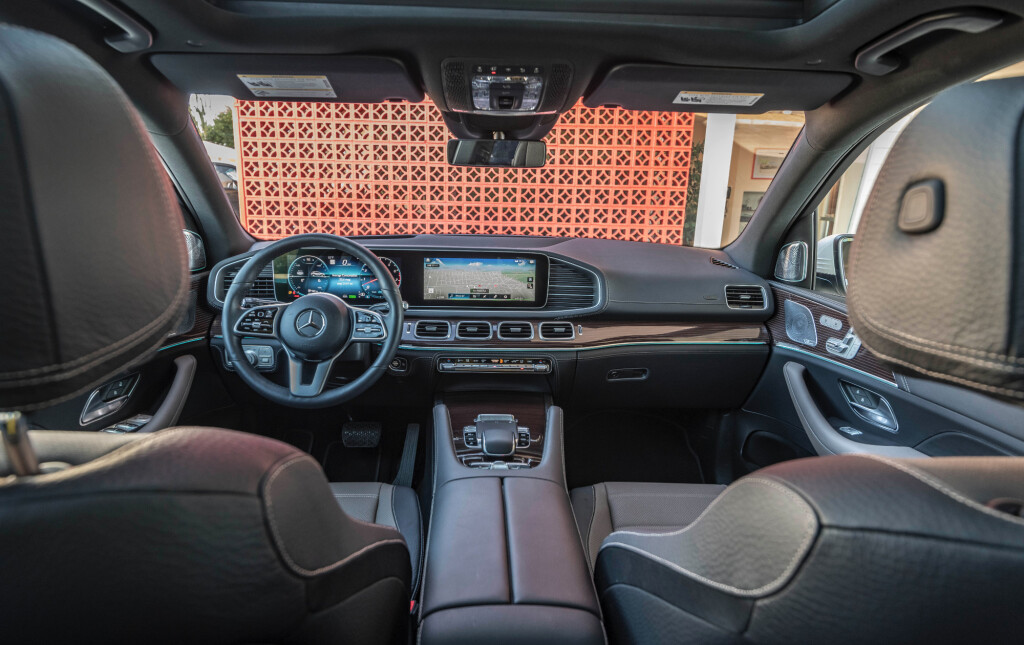 Inside there is a third-row seat, cramped a bit maybe, but usable. Up front there is the best in class (in my opinion anyway) advanced MBUX infotainment system. Yes, you need a class or two to fully embrace how to control it all, but once you do, there is little you can’t do.  The 12.3-inch touchscreen controls it all, as well as programs the configurable digital dash.

This most recent tester also had many of the features the 350 had such as the E-Active Body Control Suspension that leans the vehicle into the turns reducing lateral G-Forces and giving a more comfortable ride. While there were no massaging seats (curses Mercedes) the 450 did have the “seat kinetics” that make small adjustments to the seats and seatbacks which is useful during long trips. The 450 also has a system that can raise or lower the vehicle by a button.

The 350 and 450 are essentially the same size inside and out, so there were no new revelations in that area for my latest week. The biggest difference came under the hood, and that was more felt then seen.

Under the hood the GLE 350 was powered by a 2.0-liter turbocharged four-cylinder (255 horsepower, 273 lb-ft of torque) paired with a nine-speed automatic transmission; the 4Matic is of course all-wheel drive.  The GLE 450 4Matic comes standard with all-wheel drive and gets a turbocharged 3.0-liter inline six-cylinder (362 hp, 369 lb-ft). That engine also as the EQ system a 48-volt boost electrical system that adds 21 horses when needed. The EQ system charges through regenerative braking, and while it will someday refer to Mercedes electric and hybrid lineup, in the here and now, it’s a pretty cool piece of tech.

On the road, as I learned with the 350, the interior Is a very nice place to be. But then again, the interior of any Mercedes is a very nice place to be. Swathed in all that luxury and tech, makes it one of my happy places. So bring on the tech, I’m ready for it. Maybe someday, I’ll even let it drive me around. Though I still won’t give it a name. 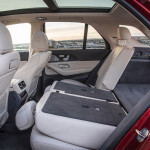 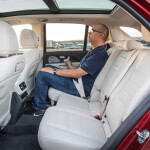 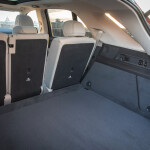 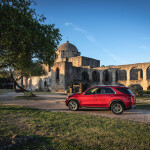 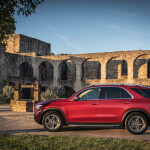 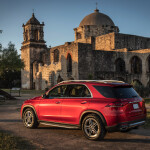 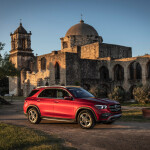 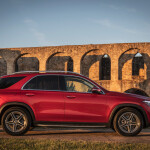 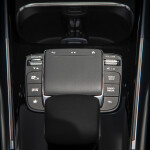 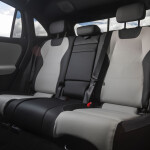 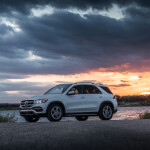 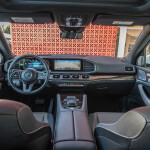 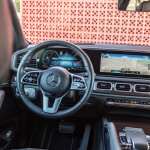 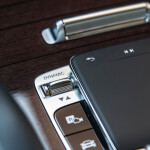 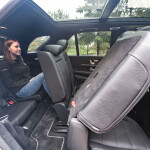 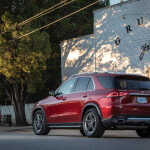 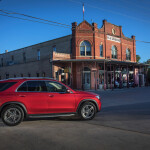 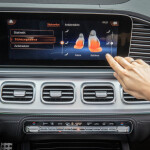 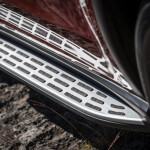 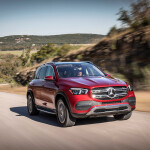 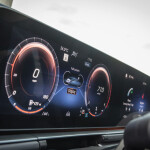 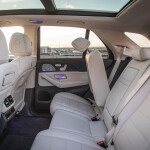 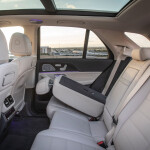 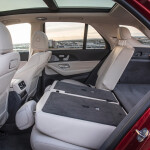