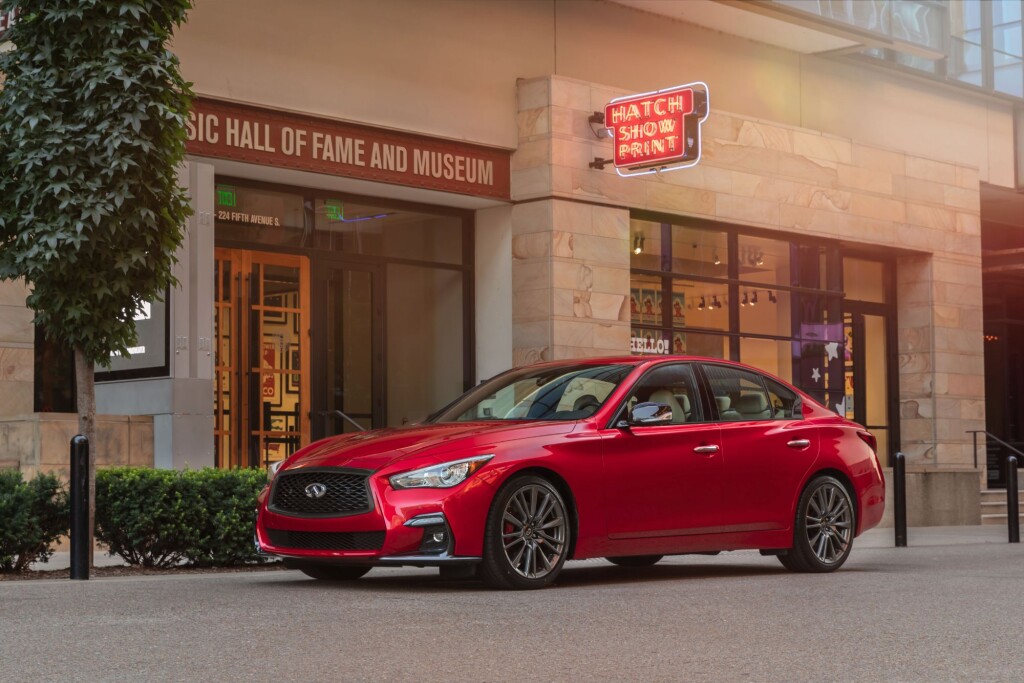 When I was in high school my friend had a 1966 Ford Fairlane. It had been passed down to him from his dad who was a recovering hippy. His dad was also a gearhead and despite its pedestrian looking exterior his dad had stuffed the engine from a Mustang under the hood, specifically a Windsor HiPo V8. While the car looked like a normal albeit aging, sedan, it could do a ¼ mile in under 10 seconds and leave rivals in the dust.

Riding in the passenger seat (what seatbelts) while zipping around the twisty mountain roads of West Virginia gave me my first “come to Jesus” moments as in I thought I might soon be meeting Jesus. That Fairlane was known as a sleeper in gearhead parlance. A car that looked like an everyday driver that in fact was a beast under the hood.

Turns out you can still find a sleeper even today.

I realized this when Infiniti sent me a Q50 for a recent week. This wasn’t just any Q50 though, this was the Q50 Red Sport, the high-performance version of the Infiniti midsize luxury sports sedan that debuted in 2016 and was born from the Eau Rouge concept model of 2014.

The Q50 can be had in four trims: Pure, Luxe, and new for 2021 Sensory. Those levels are powered by a turbocharged 3.0-liter V6 engine with 300 horses and 295 lb-ft of torque. The Red Sport is the top of the line and ups the horses to 400 and the torque to 350 lb-ft. All the powerplants get a 7-speed automatic transmission and can be had in rear wheel, or all-wheel drive.

Being a luxury brand, much of what you would expect to be in a luxury sport sedan is there including keyless entry and ignition, dual-zone automatic climate control, forward collision warning and heated mirrors. The Luxe adds such things as a sunroof, nav system, and adaptive cruise control. The Sensory trim has auto-dimming exterior mirrors, upgraded brakes, leather upholstery, a 16-speaker Bose audio system and lane departure warning. The Red Sport not only gets more horses under the hood but 19-inch high-performance tires, premium leather, and some special exterior and interior styling treatments. 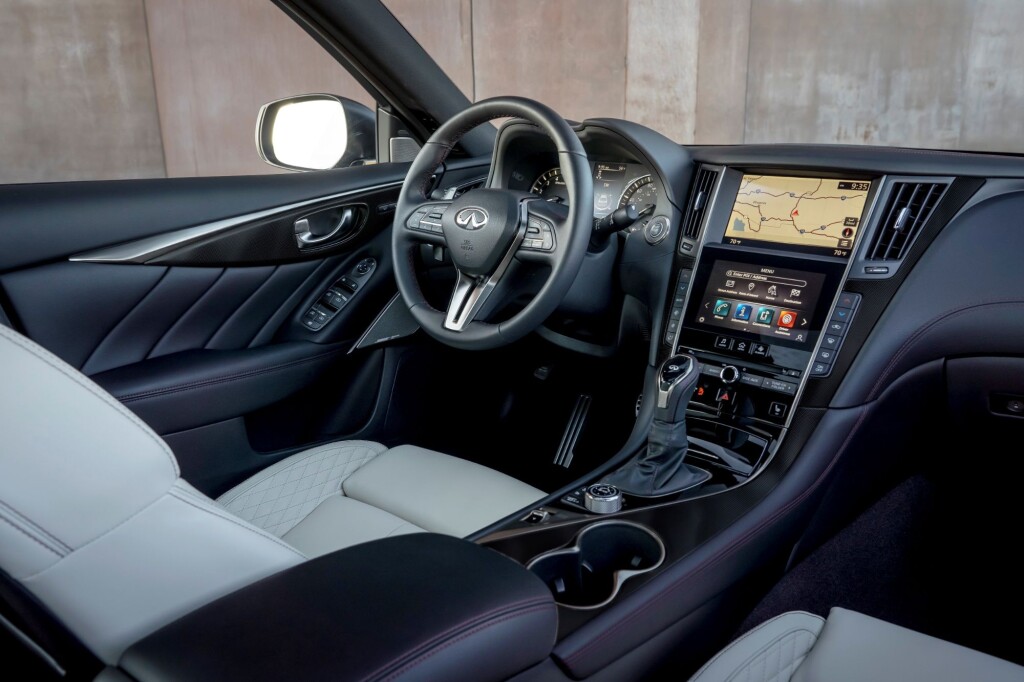 My tester for week had the ProActive package which included adaptive headlights, a drive-by-wire system and a blind-spot monitor. It also had the Carbon Fiber package adding carbon fiber to the outside mirror covers and a carbon fiber rear decklid spoiler.

This wasn’t my first week with a Q50 Red Sport, I had time with the 2018 Q60 Red Sport (two doors instead of four) model a few years ago, and one thing hasn’t changed. In my opinion the Q50 is one of the most beautiful cars on the market today.

It also still does one other thing: it flies, not only on the road, but under most people’s radar.

The interior isn’t refined as say a Mercedes A-Class and CLA-Class, or a Volvo S60. It’s closer to a BMW 3-Series maybe.  And while many may pan the dual screens in the center stack, I am actually a fan of the layout. Overall, it’s not too pretentious, not as arrogant, or pompous as something built in Germany.

The exterior with its wide stance, the double-arch front grill, and the crescent cut C-pillar combine to make the Q50 quite the looker, and the 2021 tester had something different that only enhanced that. The last Red Sport I had was, no surprise, red. For 2021 Infiniti added two new colors, Grand Blue and the color mine was clad in, Slate Gray.  The Slate Gray color, in my humble opinion, only added to the beauty.

Of course, the real beauty comes on the road. 0-60 times averaged around 4.5 seconds meaning it explodes off the line, with the 7-speed transmission shifting in sync perfectly. In traffic there is no problem zipping around even when the drive mode is in Normal. In Sport mode the Q50 punches the air like a prize fighter and the all-wheel drive handles aggressive cornering like a champ.

One of the best things about the Q50, especially in this new gray paint job, is that despite not looking like a speed demon, the Q50 Red Sport is in fact a speed demon, a modern-day sleeper. It might not have an AMG or M badge on it, but I have little doubt it can run with those giants. 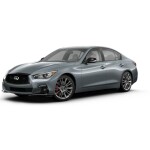 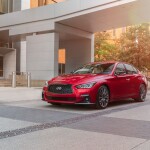 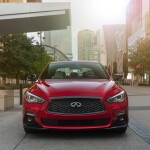 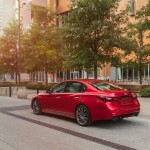 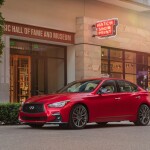 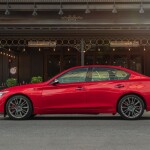 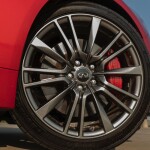 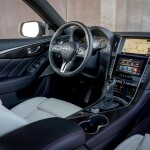