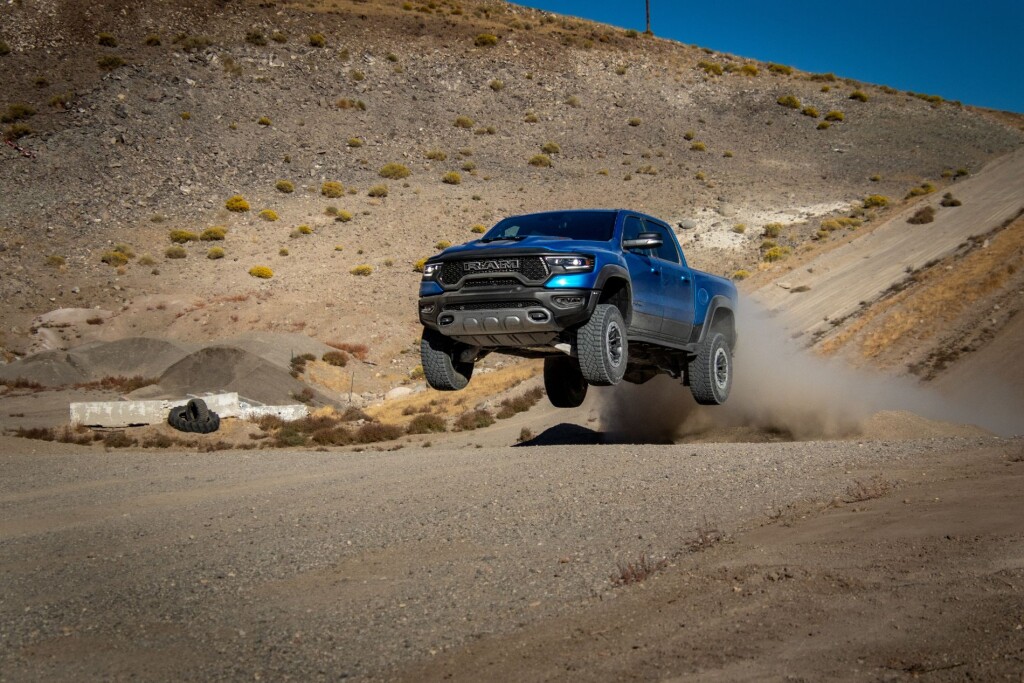 I’ve never been a truck person, and definitely not a big truck person; I’m not even that big, though I do have a big waist (red: beer belly). I’ve never really thought about owning a truck, I don’t live on a farm, work on a construction site or do any of the other manly things one does with such a thing as a pickup truck.

It’s normally a quick week when I get a pickup from the press fleet. My wife usually has a list she keeps on the fridge for those weeks when I do have a pickup, but beyond that normally pickup weeks are forgettable.

I was sent a RAM 1500, a pretty big pickup that is very nice. I had one a couple of years ago, and it was nice, but, well, forgettable.

This go around it seems that those at FCA, or Dodge, or Stellantis, or whatever the heck they are calling themselves this week, decided to do something different. It’s like they had some sort of epiphany; perhaps It came someone in a dream. ‘Hey, let’s take the engine from a Hellcat and put in a 1500’.

So it was that I was delivered a 2021 RAM 1500 TRX for a recent week. It’s a 1500 on steroids with a 702-horsepower supercharged V8 under the hood. It’s meant to take on the Ford Raptor and was debuted as nothing more than a concept truck in 2016.

The TRX is more than just a Hellcat engine though. And that’s a very good thing indeed.

The “normal” 1500 comes in seven variants: the base Tradesman, Big Horn (also called the Lone Star in Texas), the beefed-up Rebel, followed by the Laramie, Long Horn and Limited. The TRX is new for 2021 and sets at the top of the lineup, and the pricing.

However, the TRX is something that really shouldn’t be included in a 1500 discussion. Sure, it has a 1500 badge but beyond the Hellcat engine, it is a very different vehicle. After all you can’t shove 702 horses, complete with a supercharger, into a 1500 without beefing up the undercarriage. The TRX is 8-inches wider than the standard 1500 with a frame that is not just stronger but nearly 75 percent different. There’s new (relocated) axles, distinctive 18-inch wheels with knobby 35-inch Goodyear all-terrain tires (custom made for the TRX), and a brand new suspension from Bilstein that blends remote reservoirs and massive 2.5-inch-diameter pistons with electronic valve damping.

All that means that not only is there a lot under the hood, but there’s also some very serious off-roading capability to be had as well. 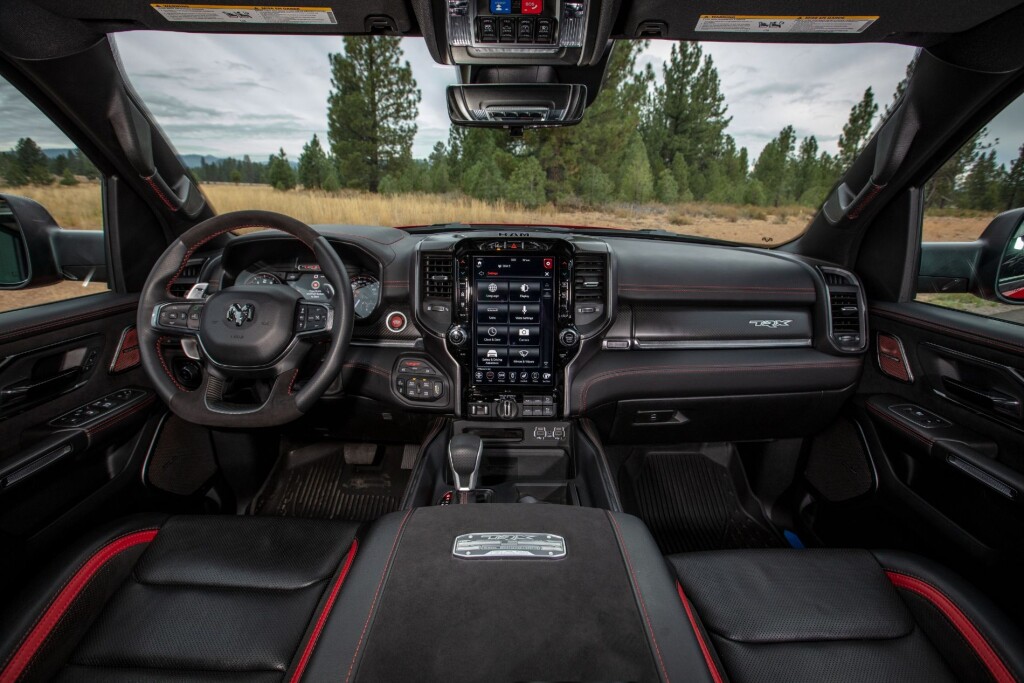 And then there’s the interior.

It’s like the designers took just as much time in the cabin as they did under the hood and underneath with the chassis.  The cabin features leather-trimmed seats, cargo-box lighting, a flat-bottom steering wheel wrapped in leather and microsuede, a storage compartment under the rear seat, and TRX specific accents including a supercharge badge on the center armrest. All that makes the 8.4-inch touchscreen that’s standard across the lineup look even better than it does in the other 1500s.

Seeing a “launch control” on a pickup truck is sort of bizarre, yet here we are. It’s also strange (in a good way) to hear the pleasing whine of a supercharger coming up through the cabin while riding high above the pavement.

Even bigger surprises were found on the road. The Hemi V8 may be tuned specially for the TRX, but there is still plenty, and I mean plenty, of power. Despite that power, and the largeness of the truck, the ride is very smooth (perhaps owning to the upgraded suspension), and the truck never seems to be nearing anything considered out of control (something I couldn’t say when I had a Hellcat before).

There is no option for 2-wheel drive, the 4-wheel drive is full time, but that’s okay. There’s little doubt that the beefed-up suspension, the large knobby tires, and the 702 ponies up front would be an absolute blast off the pavement.

So should Raptor fans be concerned?

Well in its current configuration the 2021 Raptor makes horsepower nearing 500 while the TRX has 702. The Raptor can be had starting at around $65,000, while the TRX $69,995. My tester, which came pretty much loaded with all the bells and whistles, tops out at $87,170 and I suspect a loaded Raptor won’t be far off.

As it stands now, the Hellcat engine, the exterior look and the upscaled interior of the TRX make it a winner in my book. Not being a truck person, if I had bank account that could take an $80,00+ hit I’d be shopping for a Redeye or better yet, a new C8, but if a badass truck was what I was looking for the TRX would be on top of the list.

The TRX is one of those vehicles I put on my “This Shouldn’t Exist But Does” list.

There is a rumor that Ford will introduce an “R” trim of the Raptor later this year with a variant of the Predator supercharged 5.2-liter V-8 that makes 760 horsepower and 625 pound-feet of torque in the Mustang Shelby GT500 under the hood. If that happens expect FCA-RAM-Stellantis to counter punch by upping the ante even more with a 797-hp Hellcat Redeye engine. Won’t that be fun.

The Raptor is no longer at the top of the food chain. It could regain its king of the high-performance pickup hill in the future; but expect TRX will be right there ready to take another shot in a battle that shows no signs of ending soon.

And for those who like pickups, that’s a very good thing indeed. 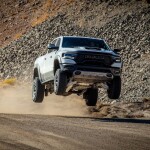 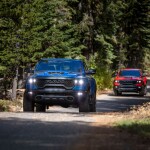 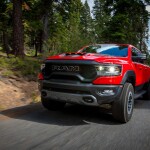 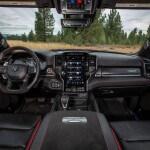 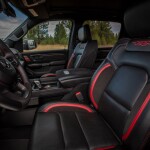 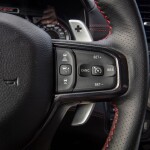 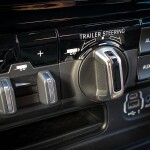 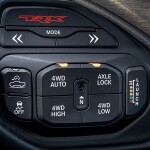 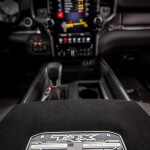 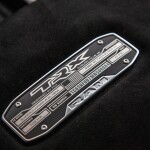 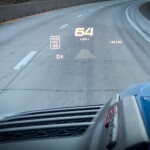 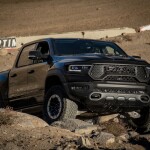 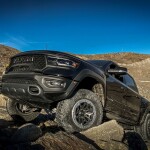 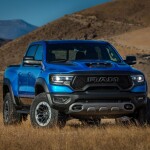 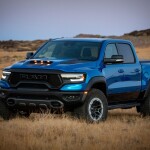 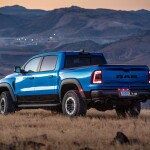 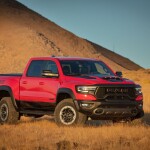 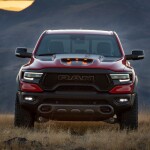 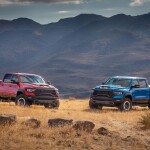 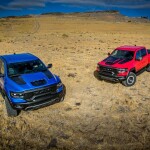 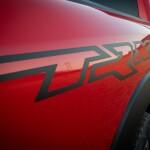 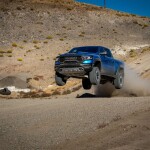 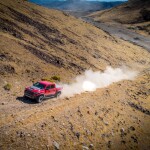