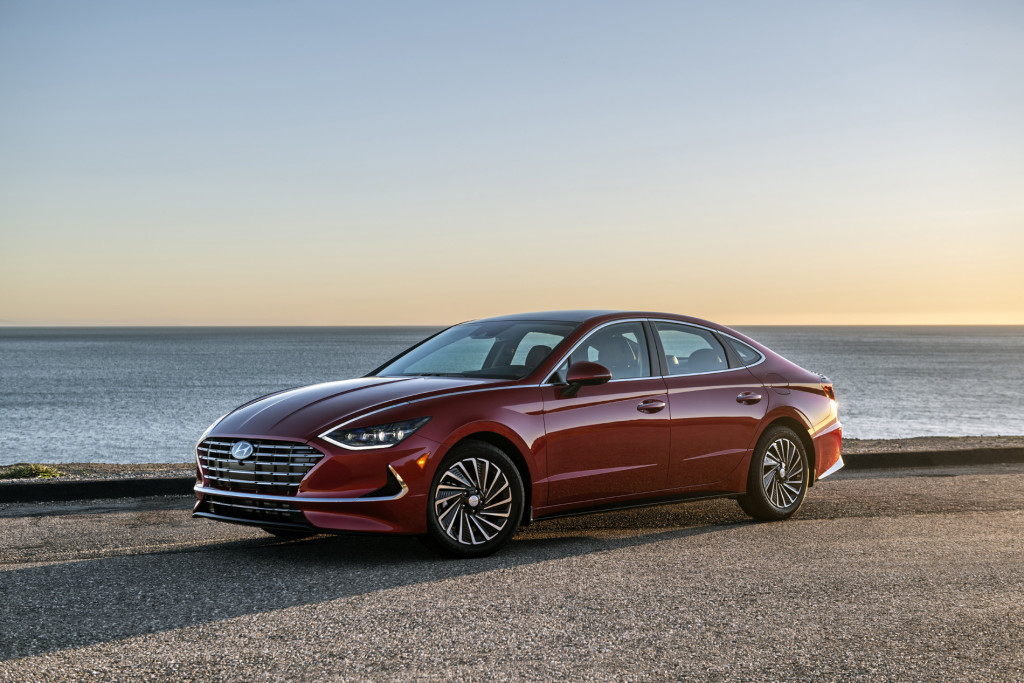 I’m the first to admit that I wasn’t a fan of hybrid cars when they first appeared on the market. As I noted all those years ago having been raised in the God-Fearing, gas-burning, muscle-cars-rule-the-road era, the thought of driving something that shares an electric motor under the hood, well, let’s get some teeth pulled with nothing more than a shot of bourbon to numb the pain.

Now however, I get it.  As I’ve admitted before, we need to be kinder to Mother Earth, but if we left it up to some we’d never cut down another tree, aerosol cans would be considered weapons of mass destruction and we all would either be walking everywhere or all forms of transportation would be solar powered.  Of course, we live in a world where compromise can solve just about anything, and the hybrid car is just such a compromise.

The first hybrid models I drove back in the day, were, to put it mildly, ugly. Even those early ones considered somewhat attractive was like saying the Wicked Witch of the East is quite the looker.

In the past few years however, I’ve had the occasion to spend time with quite a few hybrids. Specifically, hybrids from the likes of Toyota, Lexus and Ford.  The hybrids such as the Lexus 300h the Ford Fusion Energi and the Toyota Camry Hybrid I drove were great cars. Each had power that was adequate, the looks stylish, the interiors well-appointed and they were nice to drive past the gas station.

However, there is a problem.

The Lexus, Toyota, and the Ford are all priced over the $40,000 plateau.  While that might not sound expensive for some, for many families that plateau is too high to climb. That leaves many who want to help save Mother Earth with few choices.

That’s where Hyundai steps in.  Now, there was also a time when anything Hyundai was sort of looked down upon. But they’ve stepped up their game and are now a definite player in the market in just about every segment. I’ve had several Hyundai models through the years and liked them all. Great value for a good car.

Among those models I’ve spent time with is the Sonata. A nicely equipped sedan at a very good price.  There’s also a hybrid version and I spent a week with one back in 2015 and was impressed.

That’s why I knew I would like the 2020 version. And after Hyundai delivered me one for a recent week, It didn’t take long for me to know I was correct.

The Sonata for 2020 is the debut of a new generation, it’s sleeker, more assertive looking on the outside and the interior gets more spacious.  There are also new powertrains, and the hybrid can charge its battery from energy captured by solar panels on the roof in the Limited trim. That bigger cabin gets a bit quieter as well with double-junction soundproof glass has been added to the windshield and the front doors and sound absorption materials on the door trim, luggage side trim, wheel guard and package tray. 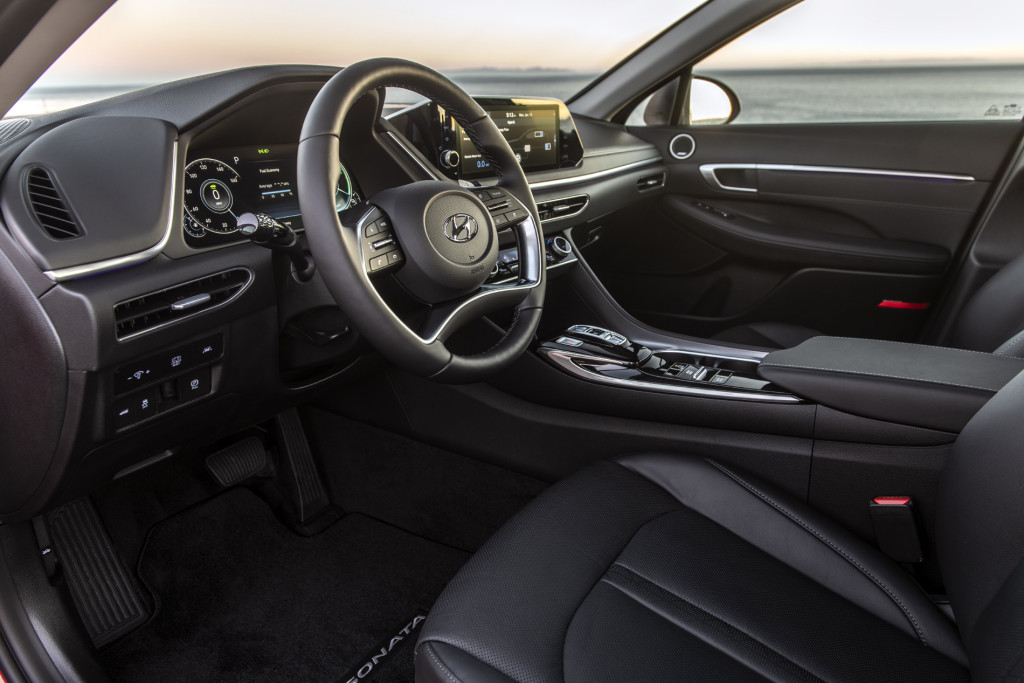 The Sonata is still available in SE, SEL, SEL Plus and Limited trims, while the hybrid comes in the Blue, SEL, and Limited variants.

The hybrid Limited I had for my week looked very impressive. I had to ask myself if this was really a Hyundai. Seeing that now familiar badge on the front I knew, yes, yes it was.

The inside looks very luxurious and is indeed roomy. The entire dash in anchored by a 10.3-inch touchscreen. And while there are a lot of impressive tech features, everything is easy to control. The 12.3-inch digital gauge cluster is a cinch to configure and there’s NFC pairing, wireless charging and a head-up display (on the Limited). The sound system in the Limited is a Bose 12-speaker audio system.

The centerpieces of the hybrid are Hyundai’s Solar Roof System which makes its debut on the 2020 Sonata Hybrid and Active Shift Control technology.  Basically, the SRS consists of a solar panel on the roof that serves as a trickle charger for both the conventional 12-volt battery and the hybrid system’s 1.6-kWh lithium-ion pack. Hyundai says with adequate exposure to the sun, the roof can replenish up to two miles of driving range per day. The shift tech controls the electric motor, aligning it with the rotational speeds of the engine and transmission, reducing gear-shifting times by 30%. According to Hyundai the synchronization not only improves the Sonata Hybrid’s acceleration and fuel economy but also improves the durability of the transmission by minimizing friction during shifts.

Now, a few years ago I might have scoffed at a solar panel but since I have several solar powered lights scattered around my backyard and they stay lit all night after a few hours in the son, I know how much solar charging has improved and living in Florida I can see how a solar panel on the roof could actually be beneficial.

Another interesting tech feature is the blind spot view monitor. The system uses outside mirror-mounted cameras that scan for vehicles entering the driver’s blind spot. If the driver activates a turn signal, an image of the view from the corresponding wing mirror appears in the gauge cluster display. If a vehicle is detected in the blind spot audible and visual alerts are provided.

Under the hybrids hood, a 2.0-liter I4 with 150 horsepower and 139 pound-feet of torque is joined up to a 56-kilowatt lithium-ion battery pack and electric motor, which bring 51 hp and 151 lb-ft to mix.

Hyundai says combined output is 192 hp and, while the company doesn’t quote a combined torque figure, undoubtedly, it’s more than the 195 lb-ft from the non-hybrid car’s 1.6-liter I4.

In my old-guy-V-8-gas-burning-only mind the true test of a good hybrid is that on the road a hybrid shouldn’t feel like a hybrid. And the Sonata hybrid checks that box.  It’s smooth on the road, all the tech is nice to have (though the blind spot cameras that turn on when you use the turn signal take some getting used to but seem useful in the long haul). And it is indeed very quiet on the inside. That Bose 12-speaker audio system sounds even better when you are cocooned in the cabin.

A decade ago, I would have scoffed at the thought of a nice, affordable, hybrid because in my opinion such a thing didn’t exist. That has changed in the ensuing years and will probably continue to evolve.  The 2020 Hyundai Sonata Hybrid is a good example of how much the evolution has come.  Yes, it may seem a bit hypocritical for me to wax poetically about the Hybrid Limited when the MSRP hovers just over $36,000. But the base Blue model starts at $27,750 so anything in between would still be a great value.

And at the end of the day if I had to put a hybrid in my driveway, the great looking 2020 Sonata Hybrid Limited would do just fine. 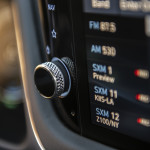 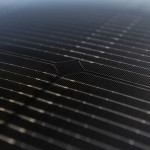 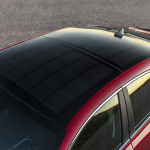 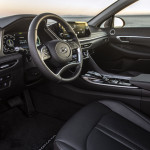 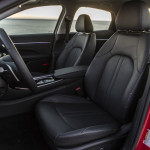 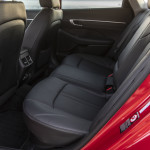 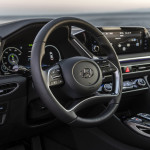 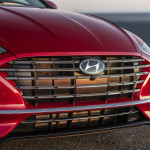 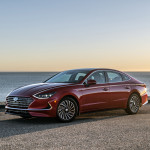 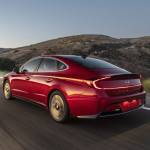 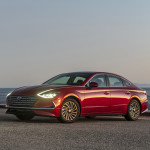 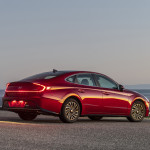 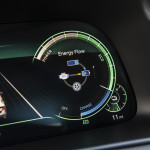 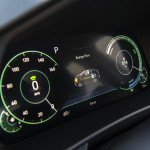 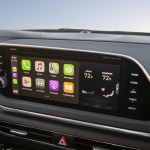