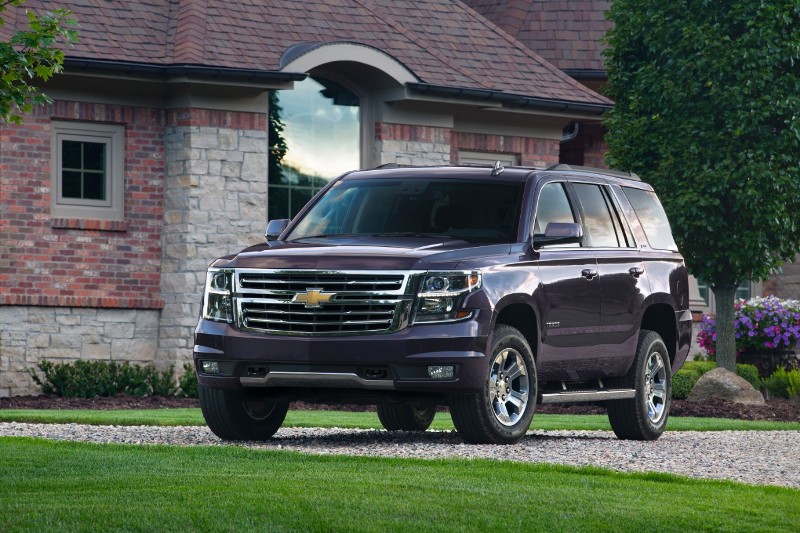 In a world filled with hybrids, plug-ins and zippy little cars that bounce around city streets and sip gasoline like a desert cactus, it’s nice to know there are still big V8 machines prowling the highways and filling up an entire lane. It wasn’t all that long ago that the demise of the big SUVs that guzzle gas and could hold a small town seemed eminent.  Many predicted that big SUVs were dinosaurs, destroying the environment and sucking all the oil Mother Earth had and would soon be nothing more than fossils in the junk yard.

Today’s big SUVs have better fuel mileage then their grandparents while still offering something to a certain segment of the motoring public that desire such things; a large vehicle that can haul just about anything  with enough room inside to carry anything a growing family can throw in it, and not worry about having to make room for it.

Chevy has just such a thing. In fact, has had for some time. For those who desire a big SUV that has the cavernous space of a warehouse, decent fuel mileage and a good ride on the road, nothing comes closer than the staple of the big SUV market the Tahoe, at least in our opinion.  And a recent week with the latest version did absolutely nothing to change that opinion.

The Tahoe, a bit smaller than its Suburban brother, has been around since 1996, and for 2015 it along with the Suburban, has been fully redesigned.  There is now more standard and optional equipment, an integrated fold-flat third-row seat, new exterior styling, and interior refinements along with better fuel economy.

We had this new redesigned model for a week, the LT complete with the Z71 package, an off-road  that adds a front skid plate, off-road tires mounted on 18-inch wheels, a unique grille, running boards and “Z71” identification inside and out. Fog lamps, front tow hooks and front parking assist are also included. Having had a new Silverado recently, and enjoying it very much, we knew what to expect. After all the Tahoe is really just a Silverado with a full body attached directly to the frame.  Unlike the aforementioned dinosaur, there is nothing old or outdated about the Tahoe.  Being a Chevy Inside there is a veritable plethora of electronic do-dads that has drivers more connected to the world than a millennial hipster inside a Starbucks.

The 2015 Chevrolet Tahoe is available in three trim levels: LS, LT and LTZ. Seating for eight is standard,  there are two optional seating arrangements however. Second-row captain’s chairs drop the count to seven, and an available 40/20/40 front bench seat increases the passenger capacity to nine.

The base LS has a bunch of standard features; rear-parking sensors, automatic wipers, tri-zone automatic climate control, power front seats (eight-way driver seat and four-way passenger seat, both with power lumbar), remote start all atop 18-inch wheels. There is also Bluetooth connectivity, a 4.2-inch color display, a rearview camera, OnStar and a six-speaker sound system with HD and satellite radio, a CD player, an auxiliary audio jack, two USB ports and an SD card slot. For the ability to carry nine, you need to stick to the LS as the optional front bench seat is only available on this level.

The LT level has the LS Driver Alert option as a standard feature. You also get a locking rear differential and an eight-way power front passenger seat, leather upholstery, an auto-dimming rearview mirror, an 8-inch touchscreen with the Chevrolet MyLink interface.  There is also a nine-speaker Bose sound system with three additional USB ports.

The LTZ adds things such as 20-inch alloy wheels, Magneride magnetic ride control, xenon headlights, ventilated front seats and an upgraded 10-speaker Bose audio system.  All models can tow, but a Max Trailering package is available as an option across all trim levels. This includes specific gearing, a trailer-brake controller and air suspension with increased load capacity and leveling.

Our model had the enhanced OnStar package with a 4G LTE connection that provides a Wi-Fi hotspot. Although one troubling spot, as we found on the Silverado, was the lack of a dedicated navigation system. Instead the driver can call OnStar to have turn-by-turn directions plugged in. We found the lack of knowing where we were at any given time without having to make a call, a bit odd since the vehicles we’ve had with navigation in the past will always let you know where you are at, without making a call.  No matter, overall the Chevrolet MyLink interface on the 8-inch touchscreen is easy to use and otherwise very effective.

Like our friendly Silverado, the interior cabin is spacious and comfortable with a huge amount of storage in the center console, and easy to read center gauges with an informative and easy to program color display.  Make no mistake, the Tahoe is big, very big and being the SUV it is, the view on the road is great and above it all.

Every Tahoe is powered by a 5.3-liter V8 engine that generates 355 horsepower and 383 pound-feet of torque mated to a six-speed automatic transmission. That transmission transmits power through the rear wheels on 2WD models or all four wheels on 4WD models. The 4WD Tahoe has a two-speed transfer case with low-range gearing and a locking rear differential is standard on the LT and LTZ and optional for the LS.

During our week with the Tahoe we found the ability to shift from 2-wheel to 4-wheel drive on the move to be very handy during the late August summer storms in our native Florida. The controls for full 2-wheel or 4-wheel drive or have the Tahoe select the proper drive automatically and the ride on the adaptive magnetic shock absorbers, the same that can be found on the Corvette by the way, is smooth. Overall, the power is more than adequate and the view and the drive gives the confidence to handle just about anything the world can throw at the Tahoe.

We’re glad the big SUV has not gone the way of the dinosaur. Fuel prices are going down and the efficiency of the GM V8 is better than ever before thanks to active cylinder deactivation that turns the Tahoe’s V8 into a V4 when ultimate power isn’t needed. This delivers an EPA-estimated fuel mileage rating of 16 miles per gallon in the city and 23 highway for two-wheel-drive models (22 on the highway with four-wheel drive).

Yes, the large SUV is alive and well, thank you very much.  There are competitors, the Toyota Sequoia, Ford Expedition, and Nissan Armada come to mind. However, there is a reason the Tahoe is the leader in the segment, and in our opinion at least, the others don’t come close.  For those seeking to carry people, or a lot of stuff, the Tahoe is a great choice, especially for those not ready to step up into the pricing, or opulent luxury, of the Denali.

The great dinosaurs may no longer walk the earth, but the SUV-asaurus is still prowling the roads, and should be for many years to come. 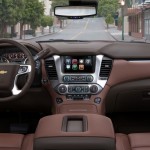 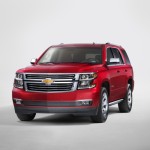 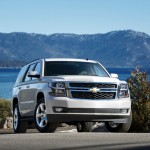 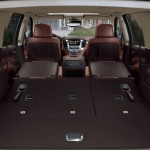 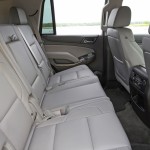 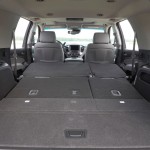 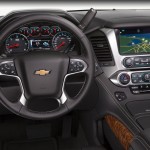 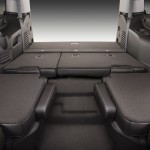 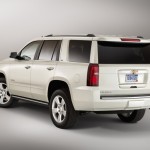 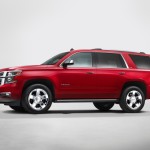 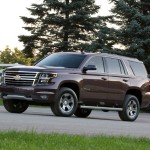 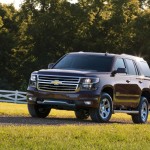 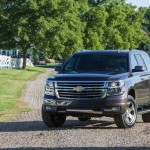 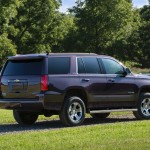 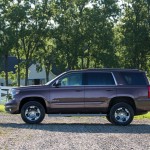 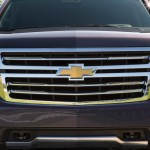 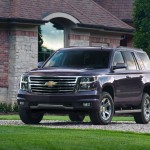 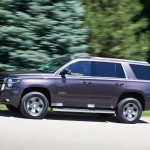 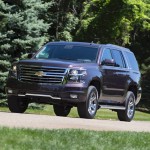 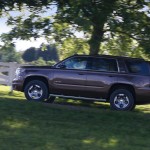