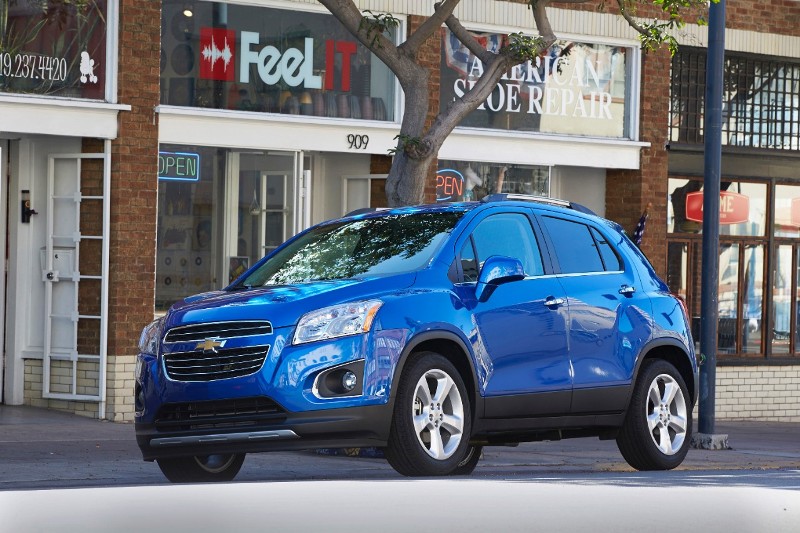 When the Internet first began to creep into our consciousness no one could predict how big it would actually become. Now of course the Internet has changed everything.  The same can’t be said for other things that emerged during that era. There are no more video rental stores, portable CD players belong in museums and having a flip phone is an embarrassment.

The same can be said of the automotive market.  In the late 1980s and early 1990s the minivan appeared. What was once a work vehicle that had few windows and scared parents when it rolled past a school, added windows, seats and became the family vehicle of choice and one of the hottest vehicles on the market. Today the minivan is waning, replaced by the SUV and the crossover. A minivan can still be had, but their popularity is nowhere near what it once was. Things are going even further afield as these vehicles can now be had in smaller variants for those who want the convenience of an SUV but don’t need all that size.

The emerging subcompact crossover SUV class has started to take hold in America. While smaller vehicles are the norm in Europe they are now emerging in the States as young people flock to the urban jungles.  These youthful drivers want something that can zip around city streets, park in smaller spaces, yet still carry things when needed.  That’s why the car makers tune their advertisements for these new models  toward America’s youth; there are dancing hamsters, pretty Italian girls and smiling drivers who sometimes look as though they only recently started shaving.  It’s all about “Siri”, apps such as Pandora and smart phone connectivity.

However, empty nesters are also drawn to these smaller vehicles; without kids in the house there is no need for a minivan, yet stuff still needs to be carried around and for some a traditional car just won’t do.  These older drivers don’t care about dancing hamsters and connecting a smart phone.

As it turns out the emerging subcompact crossover SUV class has vehicles that will appeal to the peach fuzzed faced youth and the empty nesters who still subscribe to newspapers.  We drove such a thing for a week recently and liked it, liked it very much.

The 2015 Chevrolet Trax is the Bowties offering to the subcompact crossover SUV class. It’s been around since 2012, however it was available just about everywhere else but the good old U, S or A. It’s finally here however, introduced in the States as the 2015 model. We had tried some of the competition; the Outlander Sport, the Fiat 500L, the Juke and most recently the Jeep Renegade. We were expecting another youth oriented hamster dancing hip vehicle, what we got however was very different than what we expected.  Despite some initial misgivings when doing our research prior to getting it, we grew to like the little Trax after our week was up.  Chevy calls the Trax “youth focused”, yet we’re not quite sure the youth will want to focus much on it; after all there is no bling like its sister model the Buick Encore, nor are there weird lines like the Renegade or the Juke. Instead, the Trax is a small SUV in a plain wrapper, yet in many ways falls in line with others in its class.

Upgrading to the LT (the model we had for our week) adds roof rails, rear privacy glass, alloy wheels, cruise control, and remote ignition. There are also heated outside mirrors, upgraded cloth upholstery, storage under the front passenger seat, a 110-volt power outlet, XM satellite radio and the OnStar RemoteLink app.

The top of the line LTZ will get you rear parking sensors, a six-way power-adjustable driver seat, auto-dimming rearview mirror, heated front seats with leatherette premium vinyl upholstery, a leather-wrapped steering wheel and a Bose audio system atop 18-inch alloy wheels. You can get a lot of this in the LT model by adding a Plus package that also adds as a Sun and Sound package with the Bose audio system and a sunroof. The sunroof is an option for the LTZ.

Where the Trax falls in line with others in its class is under the hood.  All Trax models are powered by a turbocharged 1.4-liter four-cylinder engine with a six-speed automatic transmission. The engine produces 138 horsepower and 148 pound-feet of torque. As with most others in the line, the Trax seems a bit underpowered, as the engineers sacrificed power for fuel mileage. That’s not to say the power isn’t adequate. However this is no sports car; it goes from 0-60 in a very unimpressive 9.8 seconds. That’s a tick slower than some competitors but the power for everyday driving is just fine. What was impressive was the fuel mileage we got, near 30mpg in mixed conditions during our week.

Another impressive thing, at least in our opinion, is the look of the Trax. When we first saw the Encore it looked a bit too tall, too rounded, like a VW Beetle on steroids. Thankfully the Trax designers flared the fenders a bit giving it a much more pleasing silhouette than the Encore; and without the odd lines of the Juke or Renegade.

The plainness carries over into the cabin.  There are no sweeping lines or fancy useless knobs. The cabin is simple, unadorned and very utilitarian. One of the nicer things about it is the room. There is a great deal of head and leg room and with wide doors getting in and out of the back isn’t a chore like some others ,and the rear seats can actually be used to carry normal sized adults comfortably.

As mentioned, on the road the power for everyday use is very adequate with a smooth ride, a commanding view and comfortable seating up front; all in a small enough size that parking in any spot marked ‘compact’ Is done with ease and with enough cargo space with the seats folded down to carry a lot of stuff.

When we tried some of the competition, we felt a little out of place. Sure the Juke, the Outlander, the 500L and the Renegade all had good points, but at the end of the week we couldn’t imagine having one in our driveway. The Trax is different.  The standard equipment is enough to please just about anyone, and the drive no better or worse than the competition. In our test the fuel mileage seemed a bit better than the others, the look was less polarizing and interior much roomier. For those who know that hamsters can’t dance and are looking for something in the emerging subcompact crossover SUV class, the Trax is definitely worth a look.  Whether this new emerging subcompact crossover SUV class will take hold remains to be seen. But if there are as wide an appealing array of offerings that are now seen, don’t expect it to go the way of Blockbuster anytime soon.

Please excuse us know, we need to go shave.