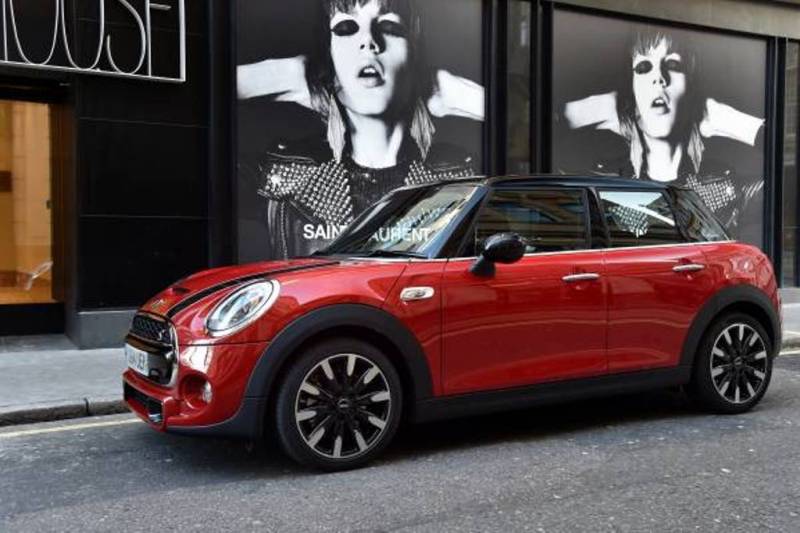 As we move along the timeline of life, we gain experience, knowledge, and some might say wisdom.  As we move from generation to generation, our preferences change as well. Loud music gets turned down a bit, wild nights on the town are replaced by Netflix and getting to bed well before midnight. The same can be said of our cars as well. When my generation was in its youth, big powerful rear wheel drive muscle cars were the order of the day. The louder, and faster, and the better.  Few experiences replaced the feel of rocketing down the road in a muscle car with Foghat cranked up.

Today’s youthful generation still has the loud music, but today the cars are much smaller.  That’s because instead of longing to escape the city for the suburbs as we once did, the younger generation is gravitating back to the big city. Today living downtown is the place to be, thus having a large bulky car is rare.

The automakers were quick to climb onboard this trend; for over a decade the small and subcompact machines have made inroads and today are a big part of the market.  One of the first to tap into this market did so at the turn of the century.  They took somewhat of a chance and left some looking of us at the new generation of an odd little car once popular in Britain, wondering just what the heck this thing was.  What it was, and still is today, is the Mini. Once indentified with all things British, the Mini actually sort of died off for a time but returned, ironically after being acquired by the Germans at BMW (one of the only things the Germans ever won from Britain).

The US had a few of the small little British cars on the roads during the 1960s, but thanks to emission standards, the brand left American shores late in the decade.  In 2002 however a new generation of Mini invaded the US to a great deal of fanfare. In fact the little Mini was embraced by a segment of the populace; those who were moving back to the city, the youth who didn’t need the big belching machines, wanted cool flashy things, techy gadgets to commute with.  The Mini fit this niche, and still fits it very well.

We’ve had the occasion to test many of the small cars in the small car segment. Sure, we’ve liked most , but for us, those in the older generation, a small car just isn’t practical. We’ve grown up and need bigger things, besides we’re used to the bigger cars. But, that doesn’t mean we don’t get it; understand what these small cars are all about; flash, tech, saving fuel, zipping around city streets.  Yet among all the VWs the Fiats we have driven, we had never tried one of the first of the small cars to come onto the market. That was until recently when we were given a week with the new 2015 Mini Cooper S hardtop 4-door.

There are a great deal of available features, most of which are grouped into various packages with quirky names (Flash, Wired, Loaded, Fully Loaded and so on.). You can get LED and xenon headlights, 17- and 18-inch wheels, a sport-tuned suspension, adjustable suspension dampers, chrome exterior trim, a dual-pane sunroof, a roof spoiler, power-folding mirrors, keyless entry and ignition, rear parking sensors and a rearview camera, an auto-dimming rearview mirror, a head-up display and an automated parking system, cloth or leather upholstery, a navigation system, smartphone app integration, heated front seats, satellite radio and a 10-speaker Harman Kardon audio system. You can personalize your Mini even more with a large assortment of custom details such as hood stripes, contrasting hardtop roof colors and special interior trim pieces.

The popular 2-door not only got a refresh last year (it’s now the third-generation) but for 2015 added two more doors, in addition to a wheelbase expanded by 2.9 inches and with the body lengthened by 6.3 inches (the standard Mini is now 157.4 inches long, the Cooper S Hardtop 4 door, 158 inches). Inside there are now three, from all accounts usable, seats in the back; where headroom is increased by 0.6 inches compared to the 2 door model, with front headroom enlarged by 0.5 inches and interior width increased by 1.8 inches at shoulder height. The luggage compartment space is 0.5 cubic feet larger than in the new Mini Hardtop with a total of 13.1 cubic feet.

Inside the fit and finish of the materials was actually a nice surprise.  But when you realize that BMW is behind it, it really makes sense. It also helps to justify the price. Yes our Cooper S priced out at $34,500, steeper than others in its class.  However, when thinking back to the interior of the other small cars we’ve tried, specifically the VW and Fiat, the interior layout, fit and materials of the Mini are far and above others, by a long shot.  Our model had very nice leatherette heated seats and an “in-your-face” dash with easy to read gauges and an 8-inch screen in the top of the center console with a BMW style IDrive controlled by a knob array on the center console between the seats.

Mini, and its enthusiasts, liken the drive of the Mini that of a go-kart. Why, we have no idea. Perhaps it was the slightly large size, but our drive came nowhere near  anything like a go-kart. It was however, a great deal of fun.  The 189 horses controlled by the manual gearbox rocketed the little car around the road, especially when in the ‘sport’ mode one of the three that includes normal and green. When sport is selected, the 8-inch screen urges the driver, “Let’s Motor!”  And that’s exactly what the Mini does very well.  There are few stoplight races that will be lost, we did 0-60 in 6.3 seconds and the Mini held the road well in aggressive cornering.  All the while, the interior LEDs changed color and the dash was flashy enough to please any 20 something.

And that’s the point. The Mini, like the other small subcompacts in its class, belong to the younger generation.  Would we ever have one in our driveway? No, of course not. However, the Mini, like the others, is really for the youth of America.  And in our opinion, the Mini is the best of the bunch. Yes, it costs more, but given the BMW standards of quality and craftsmanship and its solid feel, it is worth more than others in its class.

America’s youth may never zoom around the open roads in a big muscle car; they may not feel the growl of a V8 engine under their foot, nor long to move to the suburbs, but that’s okay, times change, generations move on and what’s right for one, isn’t right for another.  The Mini Cooper is one of the best subcompact cars available for the younger generation today, although we can attest that it is fun for us in the older generation and Foghat does sound very good coming from the Mini’s 10-speaker Harman Kardon audio system.