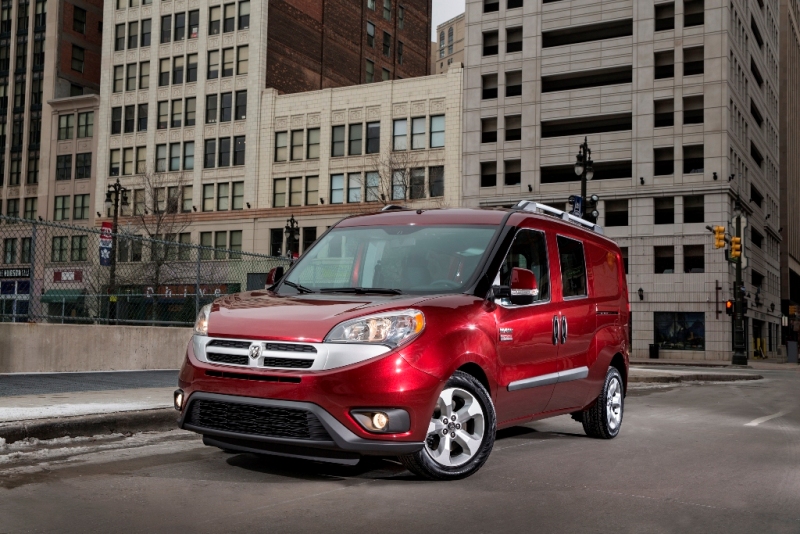 If it wasn’t for small businesses the American economy would be as weak as Taylor Swift’s love life.  There would be no backbone, no foundation. America was built by the small entrepreneurs; those people who today are not afraid to get out from under the corporate umbrella, break free of the ball and chain that holds them prisoner in a faceless, nameless cubicle in a vast sea of cubicles.  Those entrepreneurial souls can’t do it alone however. They need support, ways to get the things done that they need to get done in order to do the things that it is they do.

That was the thought we had after a recent week with our latest vehicle.  It didn’t start out that way.  In fact we wondered just what we were getting ourselves into.

The life of a car reviewer is a one that means we will be driving different vehicles almost every week. Some are bad, most are good, but all fit the automotive market in certain niches. SUVs and crossovers for families; sedans, both plain and luxury for people with no kids to haul around, and sports cars for those who enjoy getting there in a hurry.  Rare is the week when we get something that falls outside the mainstream, the niche we consider commercial vehicles to fall in. Sure, we have driven vehicles that get things done, but those are pickup trucks designed to haul stuff then take the spouse and kids out for ice cream in relative comfort when the job’s done.  So it was then, that when we were told we would be testing the 2015 Ram ProMaster City, we began to wonder; just what is this thing?

When we first saw it parked at our office, our first thought, honestly, was that the coroner had arrived to remove the corpse of some poor soul who had gone to the great beyond while toiling away at their desk; or died after eating something from the vending machines in the break room.  Had it been delivered in black that thought would have been hard to  dismiss. Even in the bright red livery ours bore, the ProMaster is something that looks like nothing else on the road.  That’s because there are few things on the road quite like it.

The 2015 Ram ProMaster City is new for this year. It is cousin, shares its basic design, with the Fiat Doblò, which is wildly popular in Europe.  In the Mother Country, unlike America, there are few pickup trucks. Europeans haul things in vans of all shapes and sizes, mainly small given the narrow roads and tight city confines of more European cities. This is the niche that ProMaster City fits into, the small nimble working van, unlike its big brother the ProMaster which is a full size utility van that has been on the market for a couple of years now.

Our model for the week was the City Wagon. There were no upgrades, the mirrors and seats were manual, and lumbar support, well there was none. The interior is as plain as it gets; hard plastic everywhere with a very utilitarian look.  That however was fine, this is after all a working vehicle and the idea is that while there is no character, that’s okay, because you are starting with a clean canvas and the idea is that you add to it the things you need.

The ProMaster City is powered by Chrysler’s 2.4-liter Tigershark four-cylinder  powerplant that delivers 178 hp and 174 lb-ft of torque through a nine-speed automatic transmission in all models. While we may not have been a fan of the looks, or the interior, the little Tigershark can really take a bite out of the road, pun intended. While we aren’t fortunate enough to own anything that would ever be towed, the power when the van was empty was more than enough and left no doubt that there would be very little that could tax it. By all accounts, the power in the ProMaster is superior to its competitors namely the Nissan NV200, Ford Transit Connect and the Chevy City Express.

Around town the ProMaster is easy to wheel and like any other van has a nice commanding view with the exception of the rear sides which owing to the lack of windows, commands a bit more attention.  During our week we had the occasion to take a short, three-hour, road trip.  While the interior noise was not deafening, due to the lack of insulation, the noise was present, although not annoyingly  so. On the open road, as it is in the city, the ProMaster actually drives and rides closer to a car or small crossover.  Yes, a nice luxury sedan would have been much better; however the ProMaster was surprisingly agile and comfortable for our short road trip.

By the end of the week, the ProMaster was sort of growing on us.  Would we ever buy one? Of course not, but then again we don’t need such a thing being chained to a cubicle as we are.  For those who do however, the ProMaster is our clear choice in the small work van category.  It has better power then the competition, is agile on the road and can haul just about anything from flowers to corpses.

For those small entrepreneurs needing a van that will be a friend to them, and not break the bank both for the initial purchase and at the pump, the new RAM ProMaster City is a great choice.

It was sort of fitting that our week included the day America celebrates those who work to make this country great, Labor Day. Not only those who toil and work hard all year long but those men and women who are chasing the American dream running the small businesses that have, and will continue to make, this country great.