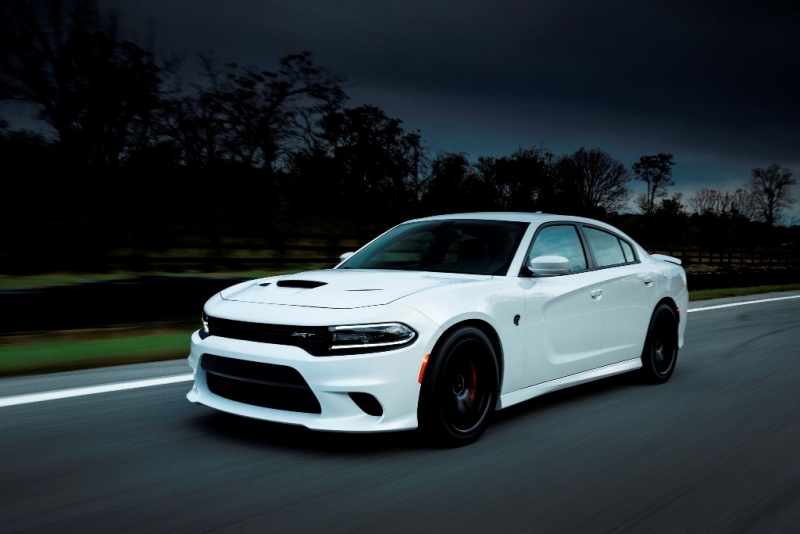 Recently we went to a favorite restaurant.  One of the many reasons we love the place is the 1960s theme with hippy murals on the walls and cute college girls wearing 60s style attire including our server who was adorned in a headband with daisies on it.

Going retro can be a good thing sometimes. Sure, there are things about the modern world that make today the best age, modern conveniences we can’t live without, yet there are still things that many of us remember and like about the past. It’s nice sometimes to be reminded of the days of our youth when counterculture reigned and we actually had a chance with cute college girls.

Another remembrance of our past are those great American machines that once prowled the highway, the muscle car.  Today the muscle car is a dying breed. Today’s fast cars are small, precise, delicate machines that while fast, bear little resemblance to the steel monsters of old.  Yes we have mentioned the Holy Trinity of the new era of the muscle car; the Mustang, Camaro and Challenger.  Beyond that however the once mighty muscle car has little representation in today’s world.  Even those belonging to that Holy Trinity, while great, still seem smaller than their older siblings.  Now however we can add a fourth car to that Trinity; and this one brings us closer to that bygone muscle car era than ever before.

The Dodge Charger isn’t new.  After some forgettable years (1982-87 when it was in the lineup as an (egad!), subcompact), the Charger was reintroduced in 2006, about the time the Holy Trinity was bursting onto the automotive scene.  Unlike the Mustang, the Camaro and the Challenger however, the Charger flew under the radars of most, primarily due perhaps to its designation as four-door sedan and its lack of a real “wow” factor.

That all changed in 2014 though when Dodge revealed the Hellcat version.  This supercharged 707 horsepower machine grabbed the attention of the automotive world   and set the roads on fire.  However, the Hellcat remains out of reach of many and rightfully so in our opinion as anything with that much horsepower isn’t for the faint of heart and not as suitable for everyday driving as others.

Dodge does have a variant of the Charger that can provide some of the same fun the Hellcat does. For 2015 the Charger gets an update and new models. And it is nothing short of a grand slam home run.

The inspiration for the all-new exterior of the 2015, according to Dodge, comes from the iconic second-generation Charger of the late 1960s, specifically the 1969 model with an unmistakable Coke-bottle design and scalloped body sides. For 2015 the hood, fenders, front and rear fascias, headlamps, tail lamps, front doors and the rear spoiler have been redesigned and are new, the only sheet metal remaining is the roof and rear door panels.  The finished look is a bit sleeker, more chiseled and indeed looks closer to the great Chargers of old.

We had a new Charger for a week recently. Not only did it surprise us, it quickly took over the spot as our favorite car for 2015.

The 2015 Dodge Charger is offered in SE, SXT, R/T, R/T Road & Track, R/T Scat Pack, SRT 392 and SRT Hellcat trims. All models are rear-wheel drive, but the SE and SXT offer optional all-wheel drive.   All the various standard equipment as well as options available for each model can be found here. The highlights include automatic headlights, keyless ignition and entry, dual-zone manual air-conditioning, a six-way power driver seat, touchscreen interface, Bluetooth phone and audio connectivity and USB and auxiliary audio inputs as well as dual charge-only USB ports. All models are rear wheel drive with all-wheel drive available as an option on the SE and SXT variants.

Under the hood, the SE and SXT come standard with a 3.6-liter V6 engine that produces 292 hp and 260 pound-feet of torque. Choose the Rallye Appearance Group and modest tuning tweaks boost output to 300 hp and 264 lb-ft of torque. On all 2015 Chargers, an eight-speed automatic transmission is standard.

A 5.7-liter V8 engine and a heavier-duty eight-speed automatic are standard on the Charger R/T and R/T Road & Track. It generates 370 hp and 395 lb-ft of torque. A larger 6.4-liter V8 is standard on the Charger R/T Scat Pack and SRT 392 trims, developing 485 hp and 475 lb-ft of torque. The top of the line  2015 Charger SRT Hellcat has a supercharged 6.2-liter V8 under its aluminum hood. This engine has 707 hp and 650 lb-ft of torque and is paired with an even more robust version of the eight-speed automatic transmission.

One of the things the separates this new Charger from the other Trinity models is the spacious interior. Not only is it great looking and well designed, but being a true sedan can actually carry four adults comfortably and in style.

On the road, the great story only gets better.

The 485-hp 6.4-liter V8 delivering a gut pulling 475-lb.-ft torque is nothing short of brilliant. Perfectly matched to the Torqueflite automatic eight-speed the 4410-pound machine can rocket along the pavement smoothly (0-60 mph in 4.4 seconds) and take aggressive corners with ease.  The engine purrs like a cheetah at idle and roars like a lion under a heavy foot delivering a beautiful symphony inside the cabin.  The one, and only one, drawback to all this motoring joy is the EPA mileage rated at 15 city, 18 highway and 25 combined. That however is a small price to pay for this otherwise awesome machine.

Rare is the car that can please every member of the family, but from the always skeptical wife, to the 18-year old up and coming gearhead son, our Charger won universal praise all week long.  Others lucky enough to ride in the Charger during our week also praised the interior design, room and the ride.

The Charger R/T Scat Pack hasn’t been on our radar, until now. After all, the Charger news lately has been about the Hellcat and if you have over $60,000 to spend on a 707 horsepower car, one that arguably will take some experience to control, then go for the top of the line.  However, for most of us a $44,670 MSRP Charger with a bit more controllable horsepower and just as much fun is more in reach.  Few cars have impressed us more and It’s on our radar now.  For the rest of the year the challenge will be for others to knock it from the top of our favorites list.

The R/T proves that the big muscle car of the past has returned. With its new design, Dodge has resurrected a car from its proud past, and you would be proud to have one parked in your driveway.