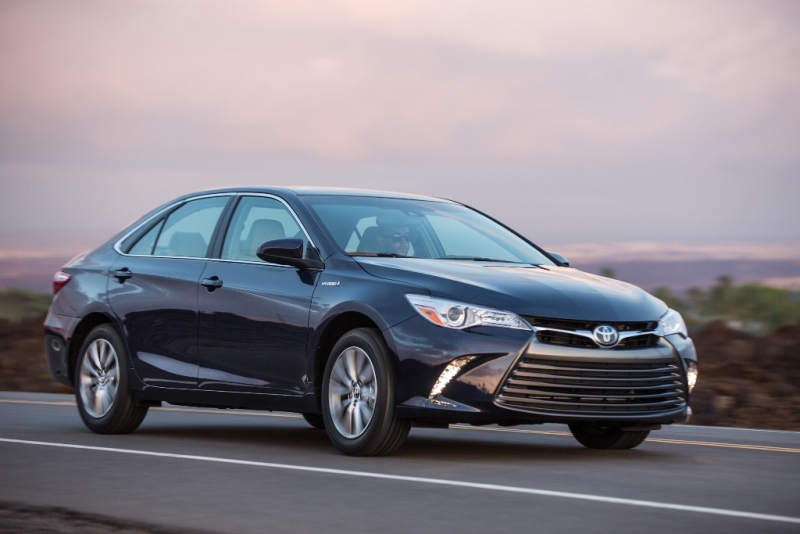 There’s an art to cooking.  When done right, the finished product can be a magnificent joy to behold, or in this case eat. Get it wrong however and something that looks nearly identical, uses the same ingredients but is made by someone else can be a disaster.

It’s that way when preparing an entire meal. It can be as smooth as a ballet dancer on stage, or like a drunk trying to walk down the street. We are fortunate enough to have a spouse who can ballet dance around the kitchen when preparing a meal, especially a holiday meal such as the traditional Thanksgiving feast.  When we try it however, we might as well consume the entire bottle of cooking Sherry before we start because we will end up looking like a wino anyway.  The same ingredients yet she looks like Misty Copeland while we stumble around like Foster Brooks.

The same can be said of cars.  Like cooking, the same ingredients can be used, tires, engine, design and interior and when blended produce a great ending.  However, others use those same ingredients and end up with a result that falls just a bit short. Case in point is this week’s tester, the 2016 Toyota Camry.

Like other sedans in its class, the Camry has four wheels, an engine (or in the case of our tester a hybrid system), seats and a steering wheel.  Yet the Camry is the bestselling car in America, and we can’t quite figure out why.   We can’t quite point to one single reason. Yet, like the many before us who have one in their driveway, we like it too.  Maybe it’s the style, updated last year, the design of the interior, the placement of everything, or the reliability, the value, or maybe it’s simply a combination of all these things that have made the perfect meal. Whatever the reason the Camry is a favorite among drivers and has been for some time.

We thought maybe with the hybrid Camry we had found a chink in the armor, smelled something burning in the oven. We were of course, wrong.

The hybrid is something that is slowly gaining acceptance. Once the bastard of the automotive world, the hybrid was a half-breed mule that was more curious fascination than something one would actually drive.  Toyota was the first to mass market the hybrid; the Prius soon become less of an oddity and more of the flagship of those who love trees and all things Mother Earth.  The problem with it was the fact that people bought it because of what it was, not because what it looked like or how it performed on the road.

The hybrid has come a long way since then.  Today one can have a hybrid that looks good and drives as well as its full gasoline powered brethren.  The Camry proves that.

The eighth generation Camry debuted last season with a complete refresh.  For the 2016 model year,  nothing has changed. There are three offerings in the Camry lineup; a base-level LE, a sporty SE and the upscale XLE.

The LE  has a base MSRP of $27,700. Standard are features that include keyless access, push-button starting, automatic headlights, a backup camera, and dual-zone automatic climate control. You also get Bluetooth, a 6.1-inch center screen with Toyota’s Entune infotainment system, a power driver’s seat, cruise control and a USB/iPod interface.

The SE ($28,800) befitting its sporty look, has a more aggressive front grille, 17-in alloy wheels, a rear spoiler, a leather-wrapped steering wheel and suspension tuned for better handling .

At the top of the line is the Camry Hybrid XLE ($30,900) which is the model we had for our week.  In addition to the LE model’s list of equipment, there’s leather upholstery, heated front seats and an improved version of Toyota’s Entune system with satellite radio all sitting atop 17-in alloy wheels.

Our tester was loaded with many of the options available for the Camry. We had a larger 7-in touchscreen, a power sunroof, a navigation system, blind spot monitoring system, a wireless cellphone charger; 10-speaker JBL audio system, a Safety Connect system with emergency assistance and stolen-vehicle notification, and a high-tech safety package with automatic high-beam control, adaptive cruise control, forward-collision warning and lane-departure warning.

While we have never been the biggest fans of the Prius, with it Toyota did introduce it’s Hybrid Synergy Drive with the model in 2007. Since then it has only been improved and for the 2016 Camry Hybrid a 2.5-liter four-cylinder engine is combined with an electric motor and a battery pack giving an output of 200 horsepower.

Always known for a roomy interior and smooth ride, as part of the refresh the cabin received upgraded materials and improved controls; an already good car was made better.  The seating is comfortable, and the refreshed layout has controls that are easy to reach, and perhaps most importantly, easy to figure out.

On the road, we can easily attest to the fact that among the hybrids we have driven, the Camry is the top performer. With the 200 combined horsepower mated to the continuously variable transmission (CVT), the drive is done very well. We did a 0-60 in 7.6 seconds, which is pretty impressive and rivals its straight gasoline powered cousin.  There have been a few hybrids that have given us hesitation when needing a bit extra power to change lanes and such, but the Camry Hybrid power gives the confidence to do just about anything you need from it.  The best part of all this is of course the money saved at the pump. Toyota rates the Camry Hybrid LE at41 mpg combined (43 city/39 highway). Our XLE is rated at 40 mpg combined (40 city/38 highway) due to the larger tires.  We achieved more like 42 combined in mixed conditions.  That meant at the end of our week we used a little more than a quarter tank of gas, compared with the non-hybrids, which sometimes need a fill up prior to the week’s end or nearly a full tank when it is all over.

Rivals in this hybrid class may have better mileage numbers, but they aren’t what this is, a Camry.  It’s the perfect meal and has been for quite some time.  With the money you save at the pump however, you can not only enjoy the Camry Hybrid, but afford to take the family out for a very nice meal indeed. 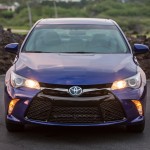 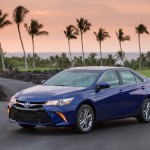 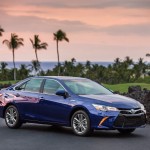 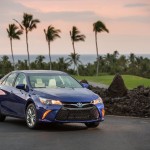 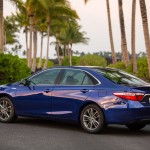 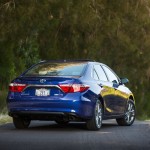 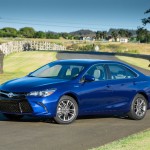 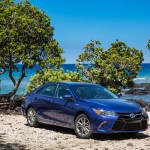 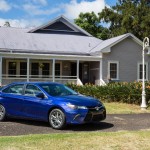 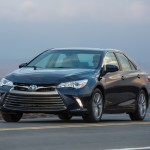 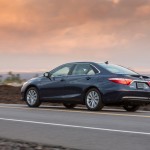 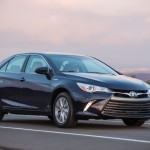 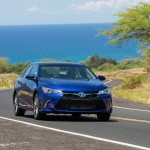 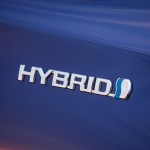 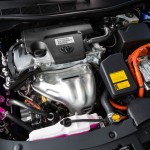 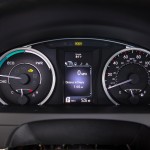 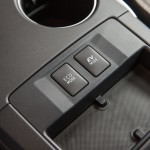 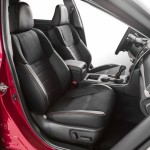 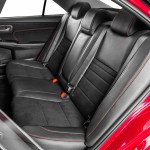 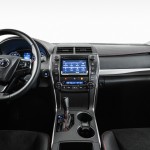