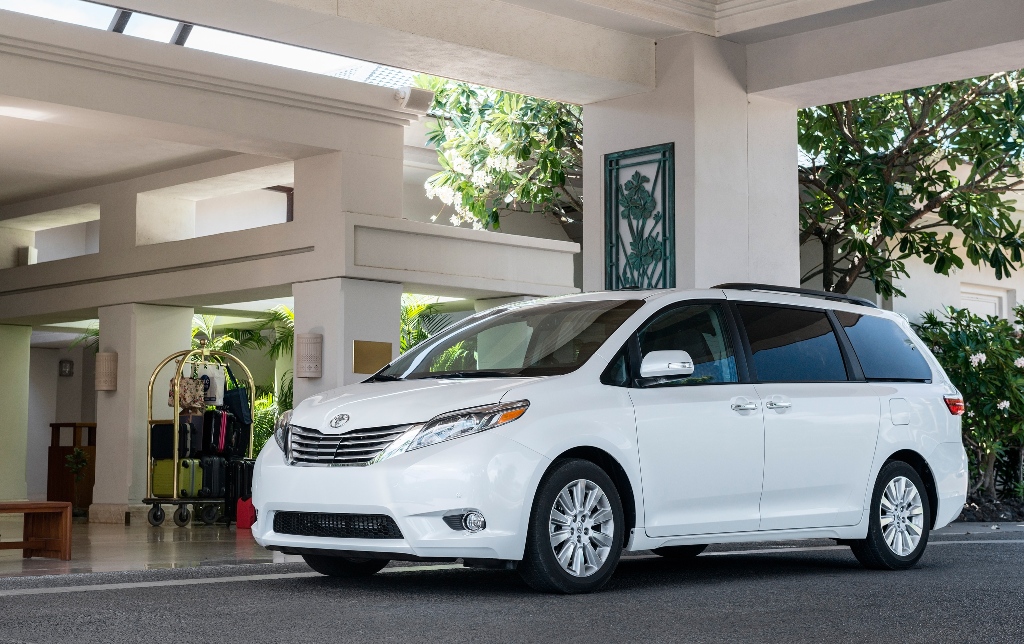 There comes a time in a boy’s life when he becomes a man.  In some Native American cultures to officially be called a “man” one has to undergo some sort of ritual, a “Vision Quest” a period of fasting and reflection. For most American males however the passage to manhood is many times symbolized by one thing: the minivan.  It comes after all the other girls fade from memory and he sees “her”.  Shortly thereafter “her” becomes the “Mrs.”, sometimes despite his best efforts. Soon there are kids, a house in the ‘burbs and the all important symbol; the minivan.

For the last three decades or so, we men have all gone through the rite of passage that ended with a minivan in the driveway.  Mine was a Caravan, a new 1989 model. It served its purpose, carried all the things that a growing family needs to carry and survived ice cream, lost toys, Gummy Bears stuck to the seats and even Hurricane Andrew.  Still I wasn’t too sorry to see it go. After all a minivan isn’t something that one usually likes to drive. It does stuff, carries things, gets the family from one place to another and that’s about all.  When mine was unceremoniously dumped onto a fly by night dealer it wouldn’t shift out of first gear, thanks in large part to the towing of a racecar from North Carolina to Florida without a transmission cooler. It took the charms of a very attractive wife, wearing her tightest jeans and highest heels, to coax a small check out of the male dealer without them ever even driving it. We made sure that check cashed in quick fashion.

The point is that the minivan has been much maligned through the years. It has come to symbolize the loss of the man-card, a message that our youth has gone, time to grow up big boy.

Toyota however has been among the manufacturers to buck that trend. Thanks to the Sienna, they have shown that a minivan, while still a minivan, can be cool.  So it was when told we would get to try the new 2016 Sienna for a week that we knew that our man-card would remain fully in our pockets.

We had some experience with the Sienna. And when we saw the new one we had to admit to getting a bit emotional. You see, back in 2008, our dad, well into his 70s at the time, had just purchased a new 2009 Sienna. He loved to show off the big van, the automatic side doors and all the room and seating inside that could carry all the kids, grandkids and their assorted husbands and wives.  He loved to pile everyone in and drive wherever.  So it was that when we first saw the Sienna, ironically in the same color as dads, that we remembered the last memory we had of him. It was the final time he drove us, proudly, in his Sienna.  Dad passed away in 2009 and the van disappeared shortly after.  Sometimes the memories the automobile can provide are precious.

In 2015, many of the Sienna models received a new grille and updated head and taillights. They also got a revised interior that includes some new easier-to-operate controls, as well as new gauges and larger center screens.  For 2016, Siri Eyes Free functionality for iPhone users is standard across the board and some models also get the Scout GPS Link app, which displays smartphone navigation on the central display.

The SE Premium package adds keyless ignition and entry, a sunroof, , blind-spot and rear-cross-traffic warning systems, a navigation system. There is also  Entune smartphone app integration, a rear-seat entertainment system (with HDMI and SD card inputs, a Blu-ray/DVD player, two 120-volt power outlets and a large screen that can be split to display two different sources) and the Driver Easy Speak system, which amplifies the driver’s voice through the rear speakers.

The Sienna XLE, our model for the week shares many of the SE trim’s equipment, but features similar suspension, steering and styling to the LE. It also adds a four-way power front passenger seat, faux-wood trim, power-opening rear quarter windows and keyless ignition and entry. The XLE Premium adds the SE Premium’s features and rear parking sensors. The XLE Navigation package includes the same items without the rear entertainment and blind-spot/cross-traffic warning systems.

Every 2016 Toyota Sienna has a 3.5-liter V6 engine under the hood that delivers 266 horsepower and 245 pound-feet of torque and drives the front wheels through a six-speed automatic transmission or through all four wheels if you opt for the all wheel drive on the LE, XLE and Limited.

The large interior is impressive. The quality materials and leather seats and appointments make the interior feel luxurious We felt the light interior color might become a sacrificial lamb with a young family, although truth be told it seems easy to keep clean.

Make no mistake the Sienna is a big van, there seems very little “mini” about it. Yet despite this on the road the view is excellent, the steering sure, and the power is more than adequate.  In spite of its size and 4705 lbs curb weight on the road the Sienna drives well and parking was easier than first feared.

Sure, the Sienna is a minivan, but with the sweeping outside look and profile it doesn’t look like the boxy minivans of old. As dad proved the customers aren’t always young families, they are people who need to carry a lot and want a nice comfortable drive while doing so.  The minivan has grown up and the Sienna proves it can be something you can be proud to own.

My week with the Sienna was a good one. I enjoyed the drive, the interior comfort, and room and felt as though I could now own something called a minivan without giving up the man-card.

It was somewhat bittersweet remembrance at the start of the week. But the final drive at the end took me back not only to our time with my minivan and happy memories of my children now grown, but left me smiling with a memory from 2008 of a dad proudly showing us the Sienna he had just bought, and that one final drive with him behind the wheel.
Thanks for the memoires Toyota. Yes, sometimes the memories the automobile can provide are precious. 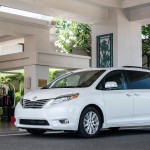 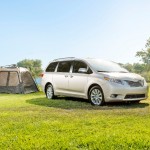 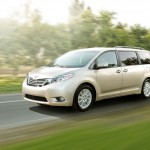 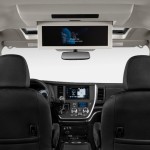 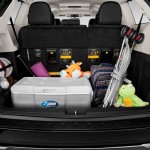 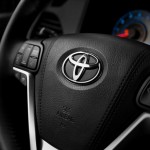 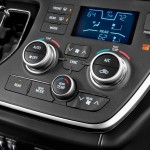 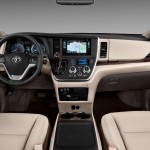 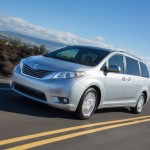 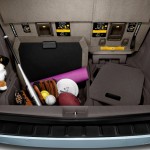 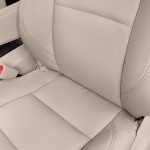 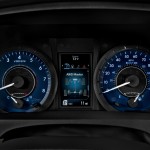 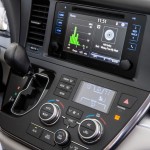