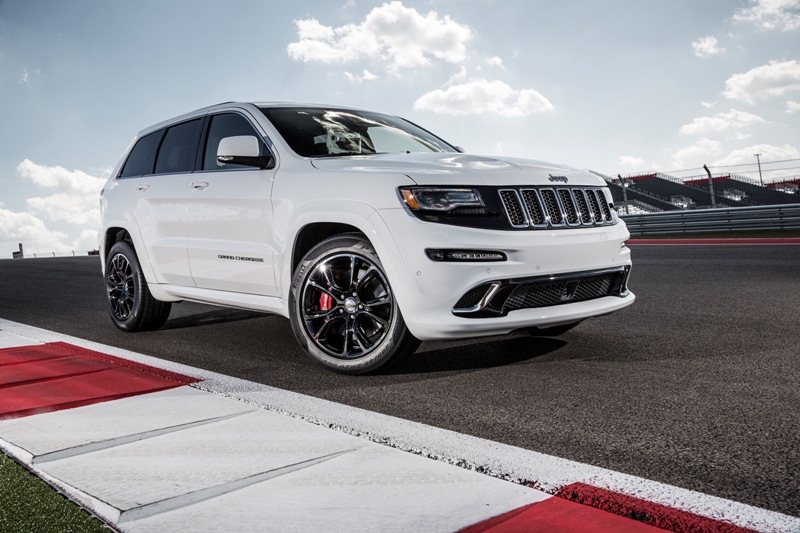 It was confusing.  After climbing into the 2014 Grand Cherokee SRT I saw a ‘launch control’ button; just below the dial that had a setting for ‘track’. Really?  This is after all a Jeep, isn’t it? A few months ago a week spent with a 2014 Jeep Grand Cherokee Limited left the impression of a very able and somewhat surprising entry into the SUV market.  The vehicle had enough power to get the job done, enough luxury to justify the expense, and was ready to play in the mud should the need arise. Overall it left me impressed.

But this, this was something different. Looking again at the outside, it looked like a Grand Cherokee; a little more bling perhaps, a bit wider stance but the nameplate does say ‘Grand Cherokee’.  As it turns out this is indeed a Grand Cherokee, but the SRT is like the cousin in the family who is covered in tattoos, hangs out with biker gangs and is ready to fight at a moment’s notice.  The 6.4 liter V8 Hemi cranks out 470 horsepower and when combined with the 8-speed automatic with 465-lb of torque, a selectable upgraded suspension and other speedy touches such as Brembo brakes, it delivers performance that leaves you wondering just what it is you are driving.

While the regular Grand Cherokee left a good impression, the SRT flat blew me out of the water.

You know that you are driving something out of the ordinary when you climb in and see those controls for a track setting and launch control. At first glance, it seems silly to have such things in a Jeep; until you take to the road and unleash a 5200 pound growling beast.  Then it all makes perfect sense.

The sound, oh that sound; even with the great sounding 9 speaker, 508 watt amplified premium satellite radio blaring out your favorite tunes, stepping on the accelerator emits a throaty snarl that resonates through the seats and puts a smile on your face.

With a feel that was a little reminiscent of a recent turn behind the wheel of a Lamborghini we had at Daytona International Speedway, the steering response is spot on, the acceleration crisp and considering the height, the body roll in an aggressive corning maneuver is minimal. More than once the phrase “This is a Jeep?!” could be heard in the cabin.  As if to bolster the notion that a new owner has entered the world of performance vehicles, Jeep offers the SRT track experience as reinforcement.

There is still the bevy of features found in the Grand Cherokee; comfortable seats, richly appointed roomy interior, the aforementioned sound system to name just a few. But the SRT adds an upgraded 8.4-inch touch screen Uconnect system that includes SRT’s exclusive Performance Pages, plus a 7-inch programmable multiview gauge cluster. There’s also a redesigned flat bottom steering wheel with a wealth of controls at the driver’s fingertips and carbon fiber trim and accents that leave little doubt of the vehicles ability to deliver a speed-filled experience.

This an SUV for a true speed enthusiast, a compromise that allows for the features usually only found in sports car but with the practicality of everyday life. You can’t put the kids in the backseat (if there were backseats) of a Porsche 911, but you can in the SRT and haul just about anything else you want.

There is a market for performance SUVs.  The BMW X5M and Porsche Cayenne Turbo come to mind and while the SRT can be fitted into this niche, there are some important differences. The SRT is priced a full $20,000 less than the X5M or Cayenne and more importantly the thought of taking the X5M of Cayenne off-road would no doubt bring horrific shouts of ‘Ach du lieber’ from the driver. For the Jeep, it would be more like ‘Bring it on’.

The market has needed an American entry into the performance SUV arena and with the Grand Cherokee SRT, Jeep has done so magnificently. It’s fun, practical, and with the beast that hides under the bonnet ready to be unleashed, it’s ready take on any and all challengers. 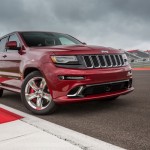 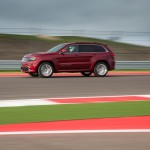 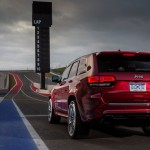 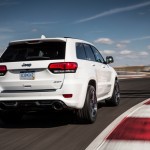 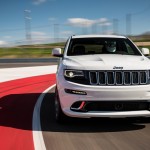 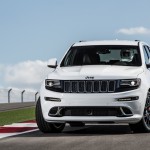 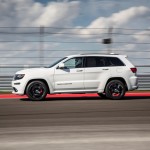 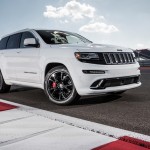 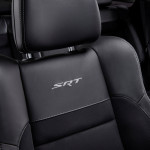 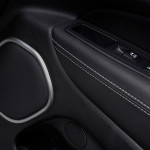 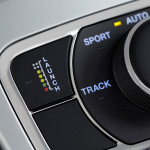 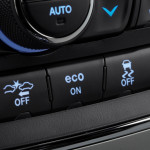 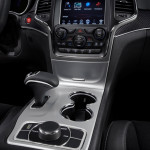 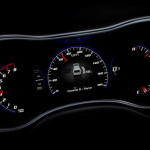 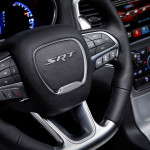 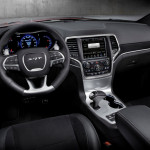