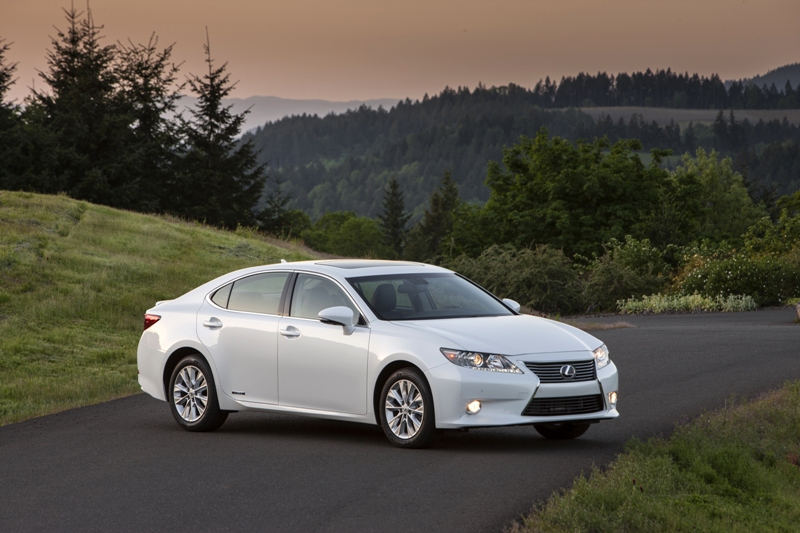 There will come a time when we will look across the quiet battlefield at the remnants of the war just past.  Littered there will be the remains of once proud vehicles stacked upon each other; rusty hulks ready to be crushed, recycled into things that, in the end, we could care less about.

We, the defeated the vanquished, will hang our heads in shame; knowing that despite our valiant efforts we have lost the war. No longer will cars prowl the roads using only gasoline.  We can show our children a four-barrel carburetor, in a museum perhaps, and pine about what once was.  The days when cars with big V8 engines belched fire and smoke; how the smell of burnt fuel excited us as much as a beautiful woman with a come-hither glance.

That day will come, maybe soon, when the roads will be filled with more electric and hybrid cars than those that use only gas. Then one day, one sad, sad day, the last gasoline powered car will die on a lonely stretch of forgotten highway, and with it will die the dreams of our youth.

Sadly, it’s not a matter of if but when that day will come.

We can find some consolation though.  There are examples of our gas-starved future. And maybe it won’t be so bad after all.

Last year we had the occasion to spend a week with a Prius. Frankly, we would have traded it for having all our teeth pulled without anesthesia. Seriously.  Since however the only choice would be to spend a week walking, we decided to give it a go.  Sure at the end of the week we got it; we understood the reasons behind a hybrid. But with the Prius, what we felt we got was an overpriced box with little style and a powerplant that sometimes whined like a teenager who didn’t want to get up in the morning and go to school.

Several months later the same company, Toyota, via its upper echelon brand Lexus, lent us a 2013 ES 300h. A luxury hybrid that had not only style, but also enough power to get the job done wrapped in enough luxury to make it a very fine car indeed. We were impressed and thoroughly enjoyed every mile we drove.

So recently when we received the 2014 version of the ES 300h, we had no reservations.   For 2014 Lexus made only a few little additions; there is the new Siri Eyes Free mode, with technology from Apple, heated/ventilated seats now available in NuLuxe trim and Lexus Enform with subscription-free App Suite multimedia.

And why would they add much, or change anything? The ES 300h is the hybrid version of the ES 350 non-hybrid in terms of sheet metal, interior design, creature comforts, and ride, and as hybrids go, it’s about the best you can get.

Sure, we could wow you with the mechanical particulars; how the ES 300h gets its hybrid moniker via a 2.5-liter Atkinson cycle engine paired with a permanent magnet AC synchronous motor and motor/generator that translates to a respectable 40 mpg highway.  Or how that combined power routed through a CVT transmission will give you just what you need when called for.  We could mention that the same Hybrid Synergy Drive (HSD) system is also used by the Avalon and Camry hybrids, with the only minor differences being that the ES weighs roughly 250 pounds more than the Camry Hybrid depending on trim levels, and 90 pounds more than the Avalon hybrid.  At the end of the day though, this is a Lexus; a brand that oozes luxury and enjoys a cult-like following of fans who will drive nothing else, and surprises those who climb inside for the first time.

The Premium package adds to the Navigation package a power-adjustable steering wheel, driver memory functions and bamboo wood trim on the steering wheel and shift knob. Then there is the Luxury package which includes all the Premium items plus leather upholstery and heated and ventilated front seats. Finally, the Ultra Luxury package includes items from both the Premium and Luxury packages, and a panoramic sunroof, premium leather upholstery, adjustable seat-bottom cushion length for the driver seat, a power rear sunshade, manual rear side sunshades and ambient interior lighting.

There is one nice thing Lexus offers, something that many other luxury sedan makers don’t:  Most of the package options are also available as stand-alone options. This includes a blind spot warning system and a power-closing trunk, rear cross-traffic alerts, a lane departure warning system packaged with automatic high-beam control, and adaptive cruise control paired with a pre-collision system.

Our model had nearly everything; the only exception was the adaptive cruise control and pre-collision system.  In short, it was a marvelous week.  The drive makes you forget this is a hybrid, until you pass the gas station with a grin.  The cabin is roomy, the ride relativity smooth and as quiet as we have had in a test car.  Perhaps the most important critiques though come for others we took for a spin. Rare is the occasion when everyone we put in a car, including family and a few close friends, give a car a thumbs-up. For the ES 300h the thumbs-up however, was universal.

No, this isn’t a sports car. Sure, there is a “sport” mode tucked between “normal” and “eco”, and if you select the manual mode in the transmission the ECT will mimic a shifting transmission, but you won’t be leaving smoky burnouts at a stoplight.  But that’s okay; what you are left with is the future of the automobile as we know it.

The future may well include the loss of our beloved fully gasoline powered engine.  Us old gearheads may indeed lose the war, but in the end if we are left with cars such as the ES 300h the future may not be as dark as it now seems. 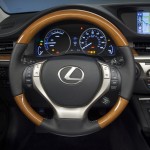 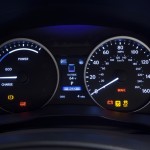 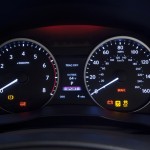 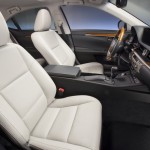 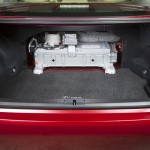 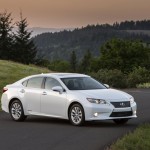 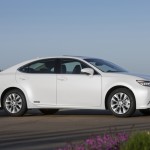 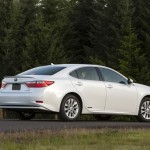 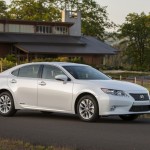 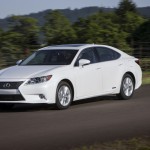 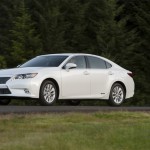 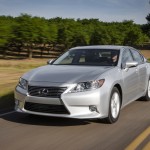 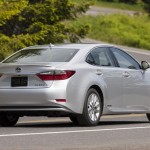 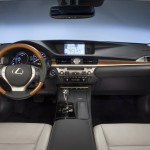 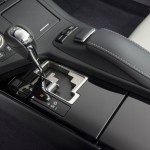