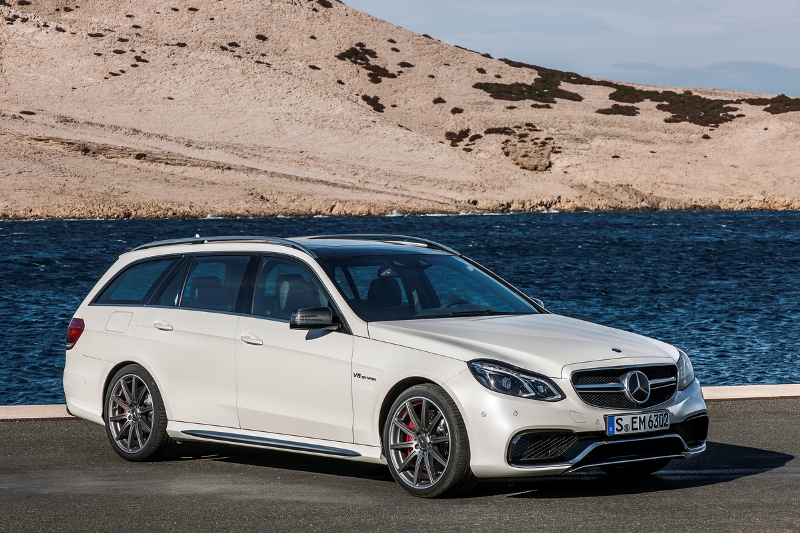 Imagine if you will a small brew house outside Affalterbach Germany on a Friday evening.  Two Mercedes engineers are taking the edge off the workweek quaffing copious amounts of fine German beer.  After emptying the third pint one turns to the other.

“Hans, what is the most outrageous car we could ever devise.”

Hans reflects for a moment.  A near evil grin slowly appears.

“Erhard,” he says almost menacingly. “I have an idea.”

After a short explanation, the two men laugh. A buxom blonde Fraulein places two more foamy pints on the table. The two men toast the idea and drink away, laughing deep into the night.

One can imagine how Hans Werner Aufrecht and Erhard Melcher, founders of AMG GmbH, commonly known as AMG a division of Mercedes, came up with the idea of creating something nearing a supercar out of a vehicle as innocuous  as a station wagon.  That’s because no sane, sober engineer could ever think up something like the Mercedes-Benz E63 AMG S-Model 4Matic Wagon.

Yet, such a thing exists. And it is nothing short of amazing.

There is really no good reason for a station wagon that has a hand-built, 5.5-liter twin-turbo V-8  engine under the hood. An engine that delivers a mind blowing 577 hp and 590 lb-ft of torque, more horsepower than a Ferrari 458 Italia and the Porsche 911 Turbo S.  But, we were delivered just such a machine to spend a week with recently.  From the outside the E63 Wagon really doesn’t look all that impressive. When you see the red disc brake rotors through the 19-inch wheels and the AMG badge, however, you start to realize, this is truly something special.

The interior, as in all Mercedes, does not disappoint.  Quality oozes everywhere; our model had carbon fiber trim with perfect fit and enough luxury features to make you forget everything else in the world.  Our model also had the driver assistance package including Distronic Plus with steering assist, active blind spot assist, active lane keeping assist, cross-traffic assist, Pre-Safe Plus, Pre-Safe brake with pedestrian recognition. There was also the AMG parking assist package including surround view camera system , AMG exterior night styling and 19-inch AMG 10-spoke wheels.
.
Everything is perfectly placed and after a few moments schooling all the controls are easy to use and read.  The seats can be adjusted to perfection and our model had a massager in the driver’s seat that was well used during our week.  But the interior is only the start. Starting the engine delivers a low growl that sounds like a symphony warming up.   On the road, that symphony begins to play and the sound is nothing short of a pure Ode to Joy.

On the road the E63 delivers power that when combined with the standard rear limited-slip differential, seven-speed MCT automatic, and rear-biased 33/67-split 4Matic all-wheel-drive system that will take you 0-60 in just under 3.5 seconds. Boys and girls, that’s faster than such famed vehicles as the Aston Martin Vanquish, Ferrari California, Jaguar F-Type V8 S and even Chevrolet’s new 460-hp C7 Corvette Z51.

Don’t forget, this is a station wagon; the same type of vehicle Ward drove the Beav to school in.

This isn’t a story about straight line power though.  When navigating a curvy road or zipping through traffic we have yet to drive anything on the street that can match the responsiveness.  The E63 holds the road like the tires were made from Velcro and the steering response makes it seem the like the wheel is one with your hands.

During our week with it the car was featured on an episode of Top Gear, the American version on the History Channel.  The guys put it through its paces (along with the Porsche Cayenne Turbo-S we had driven the week prior) with smiles on their faces.  For once we got it; we completely understood why they were smiling. Because we smiled too, the entire week, the only frown coming when we had to give it back.

There was one lingering question though;  why? Why would someone pay $106,895 for a station wagon that  acts like a supercar? The answer of course is, because they can.  Sure, $100,000 will put some great cars in a driveway, but if someone could write that sort of check and needed  nearly as much cargo room as the Cayenne but with more seating space and interior room, and wanted to have a hell of a lot of fun driving, why not. While there may not seem to be a reason to own something like this, you can, and if you can, you should.  The truth is the Mercedes-Benz E63 AMG S-Model 4MATIC Wagon is as near to automotive perfection as you will find on the road today.

Sure, it looks a little odd from the outside, but as we walked away from it the final time, we were left with one thought: Mind blown 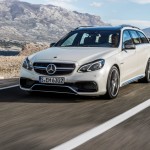 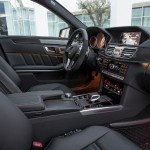 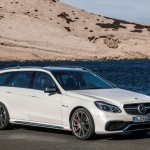 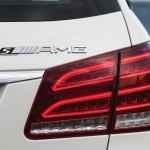 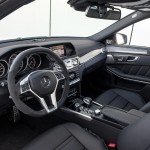 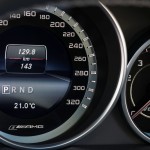 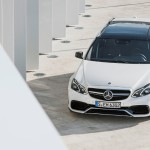 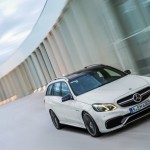 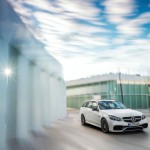 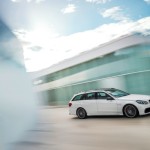