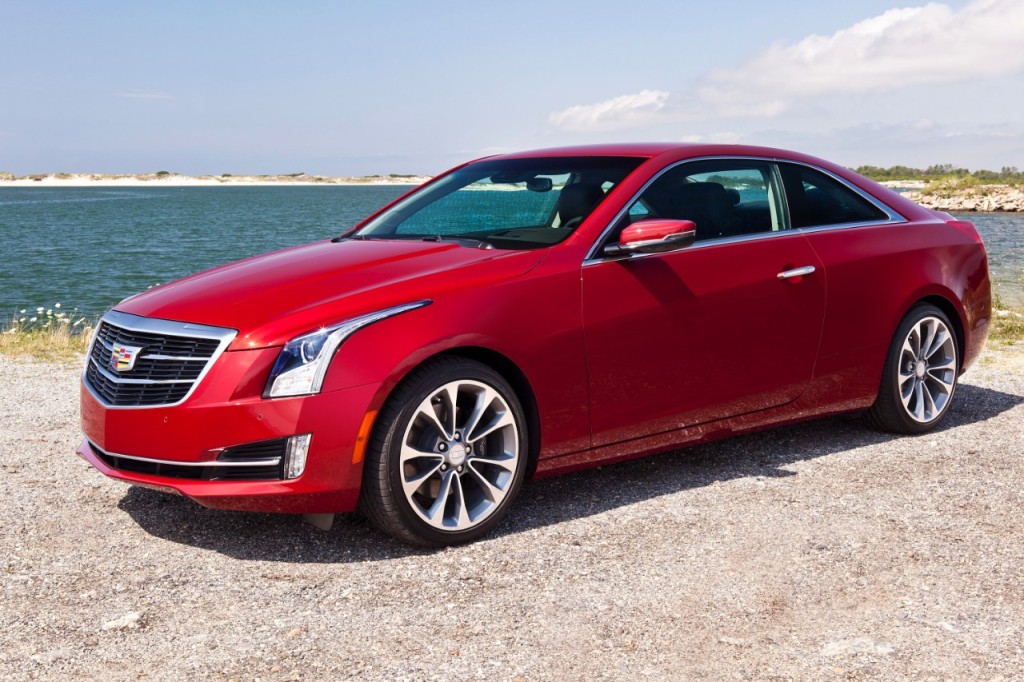 Psychologists will tell you that those things that left a lasting impression on us as children will affect us as adults.  Many are scary, as falling off a ladder gives us a fear of heights, imagining monsters under our bed make us afraid of the dark, the Child Catcher from Chitty-Chitty-Bang-Bang makes us keep a close watch on our own kids, or anything from Poltergeist makes us afraid of TV snow.

The point is that we are embedded from our youth with impressions that gives us certain expectations when we are adults.  This can be true  when it comes to cars. In the days of my youth a Cadillac was a big car. As in huge; like cruise ship cavernous with the front end in one county and the rear bumper in another. Sure modernization has meant that all cars have shrunk somewhat but there are still big cars, well big by modern standards anyway.  Last year we had the Cadillac SRX for a time. It was small, but not so small that it couldn’t be imagined as a Cadillac.  Recently however when told we would have the 2015 ATS coupe for a week, frankly there were no prior expectations.  Not knowing much about it, a little research showed that the ATS is GM’s answer to the BMW 3 Series, the C-Class Benz, and the Audi A4.  The ATS sedan has been around since 2013, but 2015 marks the first year for the coupe version.

Moving up to the Luxury package adds items that are optional on the base such as the Cadillac User Experience (CUE) audio and entertainment system  which includes 8-inch color display, three USB ports and an upgraded 12-speaker surround-sound system.  The Luxury model also adds adaptive xenon headlights, auto-dimming side mirrors, front and rear parking sensors,. Inside there is leather seating, a 12-way power driver seat with memory function, a 10-way power passenger seat, an auto-dimming rearview mirror, along with the new 4G LTE high-speed data connectivity that can become a Wi-Fi hotspot.

The Performance level includes all of the base and Luxury content, but adds such things as polished 18-inch wheels, dual exhaust outlets, the GM Driver Awareness package and aluminum-trimmed pedals. The Premium, the model we had for our week,  includes all of the above and adds a color heads-up display and a power-adjustable steering column. Rear-wheel-drive ATS Premium models also come with a sport-tuned suspension, adaptive suspension dampers, run-flat performance tires, and a limited rear-slip differential.

You can choose the ATS coupe in either rear wheel or all-wheel drive configurations with two engine options. The standard powerplant is a 2.0L turbocharged four-cylinder rated at 272 horsepower and 295 lb-ft of torque and an available 3.6L V-6 rated at 321 horsepower and 275 lb-ft of torque.  The Coupe has the same 109.3-inch wheelbase as the sedan, but has its own bodywork. The roof, doors, rear fenders and trunk lid are unique to the Coupe, along with a specific front fascia and front fenders that accommodate a wider track than the sedan. It is also the first production model to wear Cadillac’s revised crest, something we noticed on first glance; the wreath is missing.

Inside the first impression was the size. This is a Cadillac? The cavernous memories of our youth, the Deville that seemed to go on forever, the one that held a full size 10 speed bike in the rear seats, were instantly evaporated. Sure, this being a Cadillac luxury oozes everywhere, and being GM, everything is familiar, yet for some reason the thought that this is a Cadillac yet is so small inside was a constant companion.

Our Premium model had the 2.0 liter, another thing that at first was head-scratching. On the road though the four-cylinder (4-banger, Cadillac?) mated with the six-speed automatic was just fine.  The power was more than adequate and the drive zippy and to be honest fun.  GM engineers have tuned the engine sound to the point that the exhaust note belies its four cylinders giving the impression of something bigger.  The CUE system, panned by some critics, worked fine and was easy to use, perhaps in part to previous experience with GM models.  There are three drive modes. We only had the chance to try the Touring and Sports modes, but not the Snow/Ice mode because, Florida. The major difference between Touring and Sport is the stiffness in the suspension which is noticeable.

The best way to judge the ATS coupe was to compare it to the last luxury sports coupe we had, the Infiniti Q60 IPL. They seem almost identical, although the Q60 does get the slight nod in large part to its convertible option.  Keep in mind however that the Q60 IPL is over $10,000 more than the ATS Premium coupe ($63,410 for the Q60, $50,380 for the fully loaded Premium ATS with the 2.0 engine).

At the end of the week we generally liked the ATS coupe. Truth be told though the size was still a bit disconcerting. There is a great deal of luxury and mechanically Cadillac has done a great job, but just like the new crest that is missing the wreath, the ATS still seems to be lacking something. Maybe it’s the design, there seems nothing to make it stand out from the crowd, or maybe it really is the interior. Like the Q60, the back seats are basically useless and entering or leaving for a full sized adult can be an exercise.  Will the Cadillac coupe be a winner? In this first year of production it’s way too early to tell, but it can’t be overlooked for anyone eying a luxury sports coupe. The price is competitive for its class, the quality is there and the same fun that is found in other luxury sports coupes is the same.

For those whose childhoods weren’t filled with Eldorados or Devilles the size won’t matter. What does is that the ATS coupe delivers a great driving experience with the luxury Cadillac is famous for.  Those of us who do have fond memories of those big Cadillacs of old, well, maybe it’s time we forget them and look at the smaller Cadillac of today.  And clowns, we need to forget about clowns. 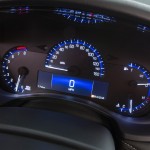 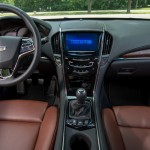 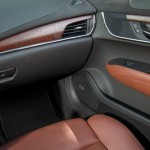 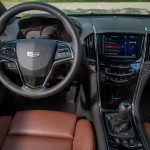 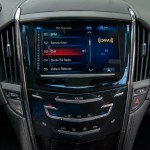 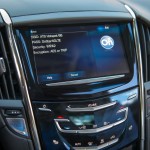 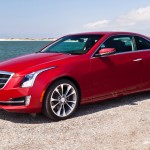 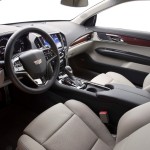 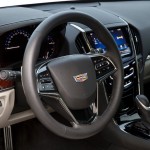 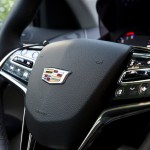 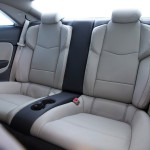 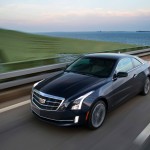 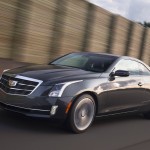 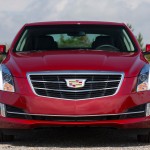 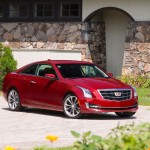 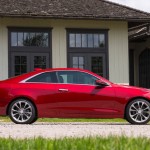 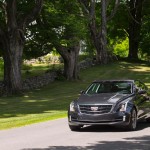 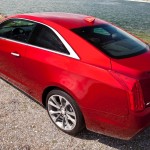 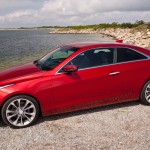 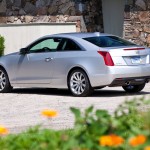