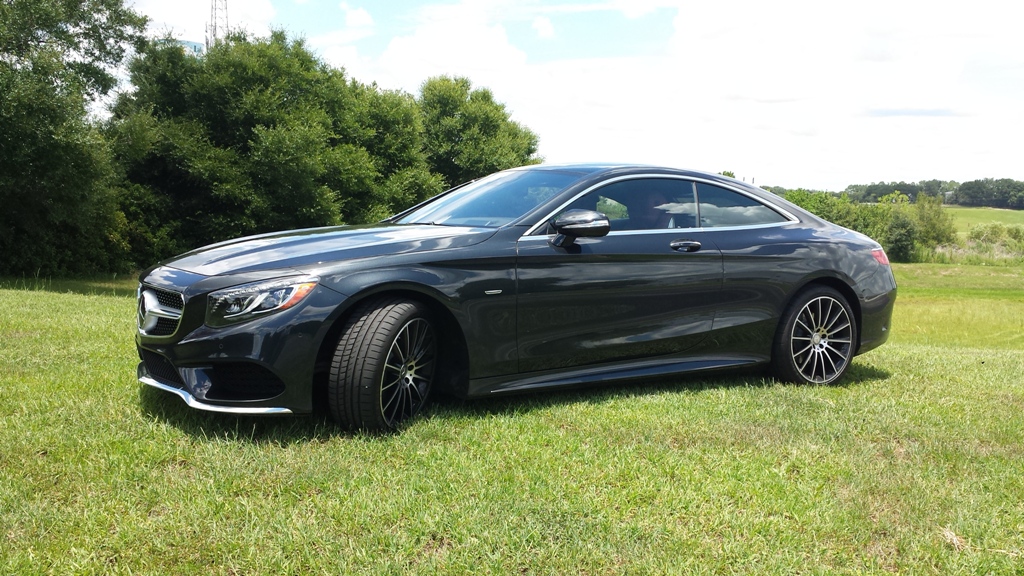 We’ve always been told that no one’s perfect. Everyone, and everything has flaws. The same can be said of cars as well. In all our years of motoring we have never found a single car that can be said to be perfect or even near perfection.

We can now say however that we’ve found one that’s pretty darn close.

Every Mercedes-Benz product we have come in contact with through the years has been impressive. The German car maker is known for its attention to detail, its quality and its craftsmanship. That’s why when told we would be testing the 2015 S550 Coupe we knew we were in for a good week; in the end it turned out to be a great one.

The recently redesigned S-Class, once known as the CL line, features Mercedes best and latest technology and luxury features. The Coupe is the shortened version of the sedan (8.6 inches shorter between the axles than the long-wheelbase S-class sedan), but shorter doesn’t mean that it’s anything less than a great automobile. There are three variants to choose from; the base S550, which was our model for the week, the S63 AMG, a high-performance model and the top of the line S65 AMG.  Both the S550 and the S63 AMG come standard with all wheel drive, hence the 4Matic designation, while the S65 AMG is rear wheel drive only. The MSRP for the S550 coupe starts at $119,900, the S63 at $161,825 and the S65 at $231,825.

The first look at the S550 Coupe is an impressive one with sweeping lines that show off a sleek design with a wide stance that actually looks like it is ready to drive. The smooth looks start with a large three-dimensional grill and flow back across the domed roof merging seamlessly with the gently sloping rear end. Few would ever argue that this isn’t a great looking machine. It turned more than a few heads during our week and initiated several parking lot conversations.

The impressive exterior is only the start however. 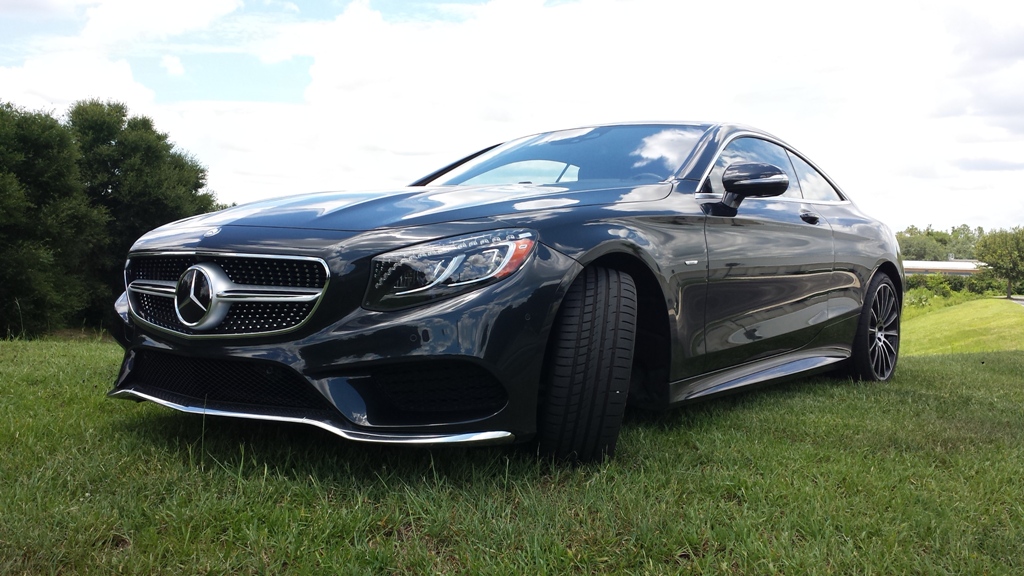 Inside can best be described as stepping into the most luxurious room one could ever imagine. A room that has been designed perfectly for the driver. The interior is lined in the finest leather you can imagine, and with the optional Designo package our tester had, the leather was even more pronounced.  Yet, it doesn’t seem to be overdone at all.  We’ve had cars that had overdone the leather, had too much bling, the S550 however seems to have a perfect balance between appointments and the things necessary to drive.  The large infotainment screen above the center stack is controlled by a unique touchpad on the center console. We thought at first that this would be annoying, we were wrong. With a minimum of practice, we were able to control everything using the combination of the touchpad and the large knob below.  Unlike some other high-end luxury cars we’ve tried, the controls don’t seem so pompous, or arrogant as if to say, “do you really belong here?”  Everything about the interior of the S550 seems to welcome you and your passengers and helps give a very enjoyable experience.  The unique electronic dash in combination with the Heads Up Display are both easy to set up and read, only adding to the experience.

There is so much to like about the interior; from the Premium package’s massaging front seats and the Warmth and Comfort bundle’s heated seats, steering wheel, and armrests to the climate control system that features air ionization and adjustable air freshener, this is easily the most welcoming environment you could ever experience.  That experience carries over to the road as well.

The S550 is powered by a 4.7-liter, twin-turbo V8 that delivers 449 horsepower and 516 pound-feet of torque. That’s more than enough power for the 4773 pounds of curb weight. The 7-speed Shiftable Automatic effortlessly shifts at the right moments and seems to be an extension of the driver’s foot.

Standard safety equipment includes Collision Prevention Assist Plus, which gives the driver different levels of autonomous braking depending on the car’s speed and the speed of other cars.

There’s also a Driver Assistance package that adds additional features like lane-keeping assist, Distronic Plus (Mercedes’ name for adaptive cruise control), a cross traffic alert system and an identification radar for any obstruction that might be on the side of the road. One unique thing we noticed about the lane keeping assist is the warnings it gives you when you get to close to the side of the road, especially near a curb. A warning flashes on the dash and the steering will actually intervene pushing you away from the danger. When you add all that up with the size and weight of the S550 Coupe and you have one safe car.

On the road you truly are in your own world. With all the driver aids turned on the S550 Coupe is almost self-driving.  During that drive, you are surrounded by a luxurious cabin that envelops those inside and can let you forget anything going on outside.  The $6400 Burmester surround system sounds perfect and there is so little road noise that even an aggressive acceleration sounds like nothing more than a gentle purr.  When cornering, the S550 adapts the suspension giving the driver the confidence to attack the road like a small sports car. 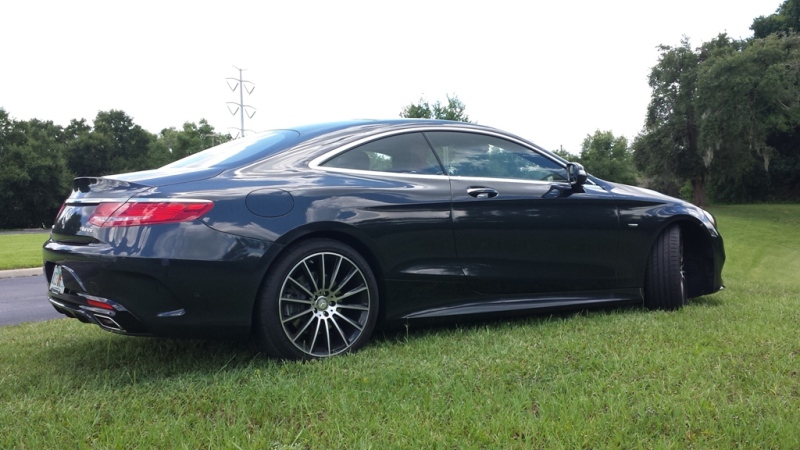 It would be easy to drone on and on about the greatness the S550 Coupe is. It’s as near perfect as you can get. Of course, all the perfection doesn’t come cheap; the base MSRP of our tester was $119,900, by the time all the upgrades are added the price tag stood at $149,575. For those who can afford it though, why wouldn’t you want this kind of perfection? Why wouldn’t the rest of us, if we could afford such a thing, have such a thing?

Sadly most of us can’t. For us the Mercedes S550 is nothing more than a dream. For us it was a week of perfection, a week that will give us great memories. From now on we can say that having driven the Mercedes S550 Coupe, we have come closer to the perfect car that we ever have before, and probably ever will.