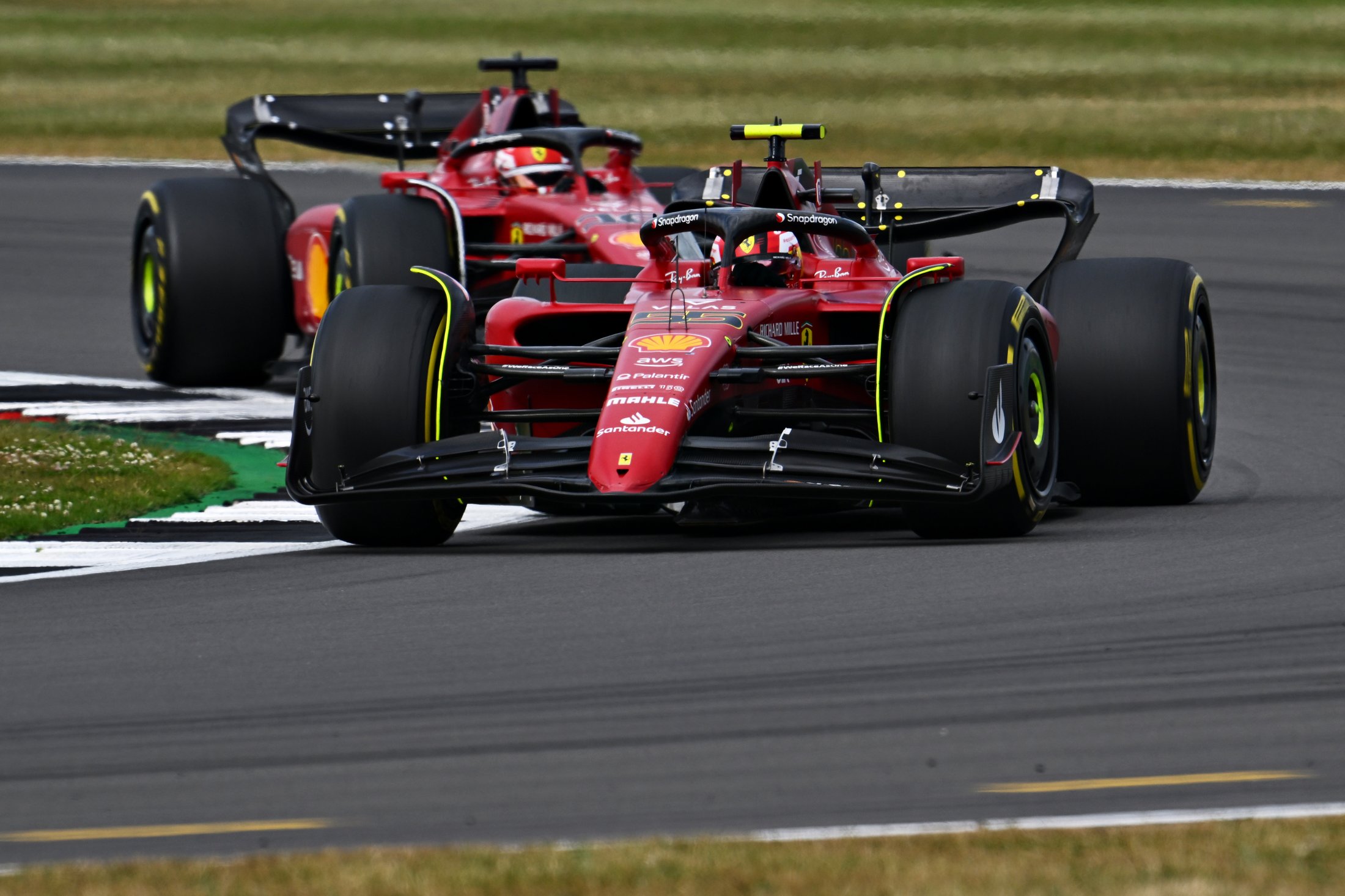 It will be a race that will be talked about for years. In the end Sunday Ferrari driver Carlos Sainz converted his first F1 pole into a first F1 victory, but what happened in between was nothing short of legendary.

The race was red flagged before the field completed a lap when Alfa Romeo’s Zhou Guanyu and Williams’ Alex Albon both taken to the medical center after separate Turn 1 incidents: with Guanyu’s car sliding upside down and coming to rest between the tire barrier and the catch fence. Protesters also invaded the track, fortunately just as the red flag came out, and were quickly removed.

After a delay of nearly an hour, after the second standing start, championship leader Max Verstappen took the lead after Sainz went wide at the exit of Maggots/Becketts. But on lap 12, Verstappen slowed reporting a possible punctured tire and Sainz re-took the top spot.

Verstappen would pit but his team reported it was damage to his Red Bull car that was the issue, and he was never a factor for the win the rest of the day.

Lewis Hamilton took the lead during a round of pit stops on lap 25 much to the delight of the British crowd. It marked the first time this season the British driver has led a grand prix.

Hamilton would lead until lap 33 but a slow stop put him in third when he reemerged. A late Safety Car caused by Esteban Ocon retiring his Alpine set up a final10 lap dash to the finish that left many breathless.

On the restart, the fight for the top spot was left to the Ferrari teammates of Charles Leclerc who led and Sainz. Sainz retook the lead on lap 43 of 52.

As Sainz began checking out in the lead, Leclerc struggled to hold off Sergio Perez, and Hamilton with racing three wide with Hamilton, then Perez emerging with second.

Sainz would go on to win his first F1 race in his 150th start.

“I don’t know what to say,” Sainzs said. “It’s amazing. I mean, first race win, 150 races later, with Ferrari, in Silverstone. I cannot ask for more. It’s a very special day, a day that I will never forget, a very special weekend in general, and yes, thank you everyone for your support, for your cheers. Lewis was on it today, I heard. It was one of his days, but we managed to hold on and I’m incredibly happy”

Perez held on for second for Red Bull.

“Yes, it was a great comeback!” he said. “We didn’t give up and we kept pushing and then the opportunity came there at the end, and we just went for it. It was a great fight with Charles first of all, then with Lewis. I felt like I had the position and Lewis was there. It was just an epic final lap, but it was a good fight.”

“I gave it everything today trying to chase down those Ferraris,” he said. “Congratulations to Carlos – in the end I was in that battle but those guys were just too quick on the straights for us today. We lost a bit of time in the pit stops, and then I was chasing and chasing, but the pace was good. I’m glad everyone was safe from the big crash at the beginning. We are going to continue to push, try and give it everything we can.”

Leclerc had to settle for fourth ahead of the Alpine of Fernando Alonso and the McLaren of Lando Norris. Verstappen could only manage seventh. He was able to hold off the Haas of Mick Schumacher in the final laps, as the German scored his first points in F1 in eighth. Aston Martin’s Sebastian Vettel and Haas’s Kevin Magnussen rounded out the top 10.

F1 heads to the Red Bull Ring for the Austrian Grand Prix next weekend. 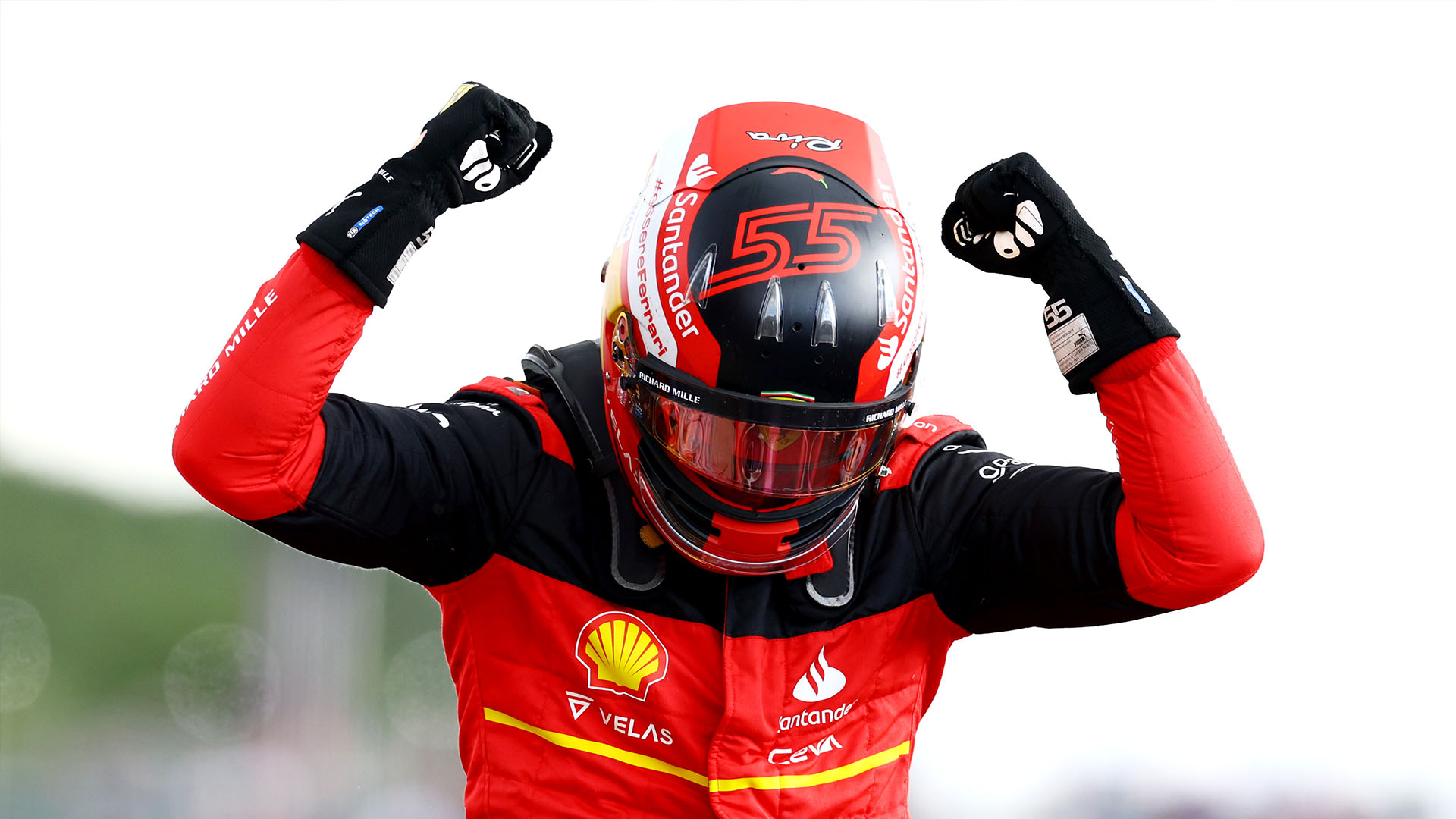 * Provisional results. Note – Hamilton scored an additional point for setting the fastest lap of the race.