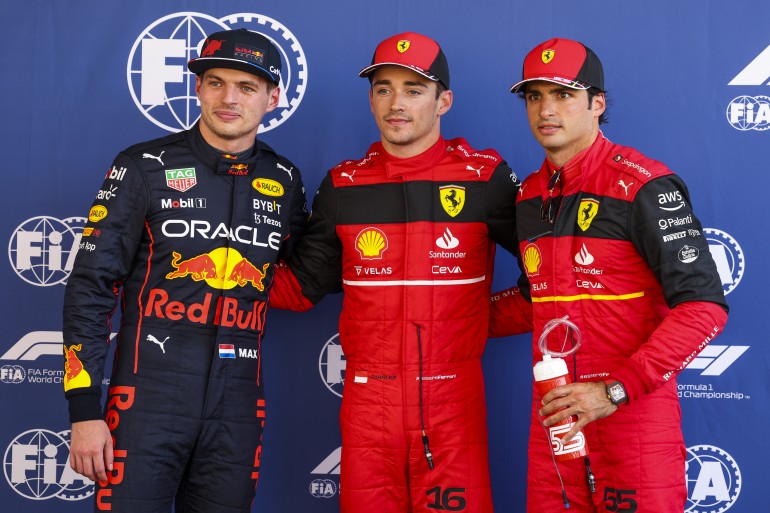 Charles Leclerc pulled out a blistering lap at the Circuit de Barcelona-Cataluyna to score the pole, a lap that beat out chief rival Max Verstappen’s efforts. And when the Red Bull driver headed out to win the top spot back, a DRS failure forced him to pull into the pits.

But Leclerc’s pace was better than anything Red Bull had managed leading up to the failure. He said: “I had one lap; it went extremely well. Very, very happy with pole position. It was a good lap and the car was amazing too. I am in a strong position to start the race.”

Converting that to a win is his biggest challenge for Sunday’s race. “We’ve been struggling with tyres in the past two races compared to Red Bull,” he said. “We need to get on top of it.” 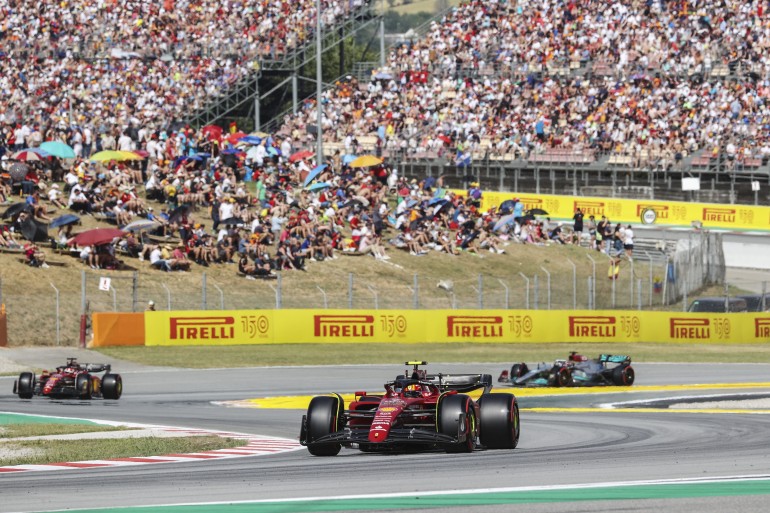 A dejected Verstappen said: “I couldn’t do my final run, I didn’t have the DRS open, I just lost power. To be on the front row for us, it was a good achievement but I would have liked to have gone for the final run.”

He said for a track that’s “difficult to pass,” the key to win will be tire management. “Hopefully our car will be kinder on the tires,” he said.

Carlos Sainz qualified third for Ferrari, and George Russell pulled out a surprise result in fourth, a huge improvement for Mercedes. He said that the team has done great work to improve the car: “I’m definitely confident our upgrades have put us much more in the mix.”

“You’ve only got to look at today,” Russell explained. “We had our best result as a team. And that was the first time in a weekend where we were top of the timesheets during a qualifying session. Yeah, we’re excited to see what the coming races bring. But it’s going to take a couple more races until we really find a lot more pace.” 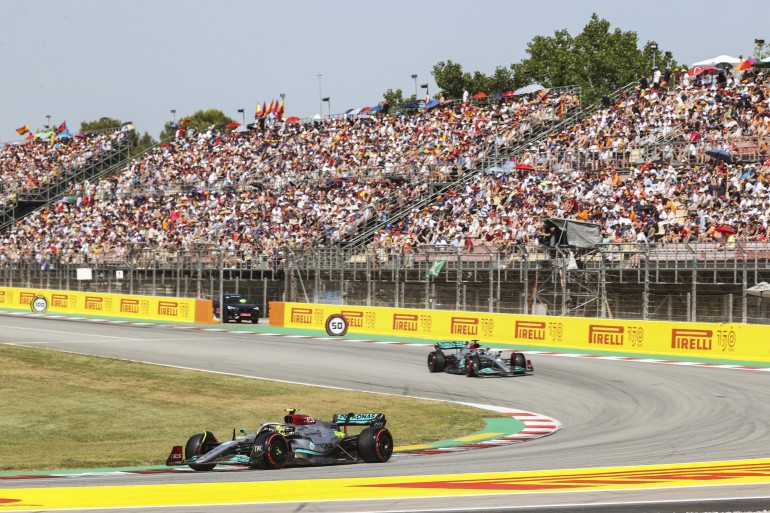 Sergio Perez rounded out the top five, ahead of Mercedes driver Lewis Hamilton and Alfa Romeo’s Valtteri Bottas. Kevin Magnussen could only manage eighth, as he also suffered a DRS issue, and his teammate Mick Schumacher will start tenth on Sunday.

Spanish fans must be disappointed by local driver Fernando Alonso’s luck. His second lap in the first round of qualifying was hindered by traffic as Lando Norris lined up for his own attempt, meaning he had to fall back on a first lap that was only good for seventeenth on the grid.