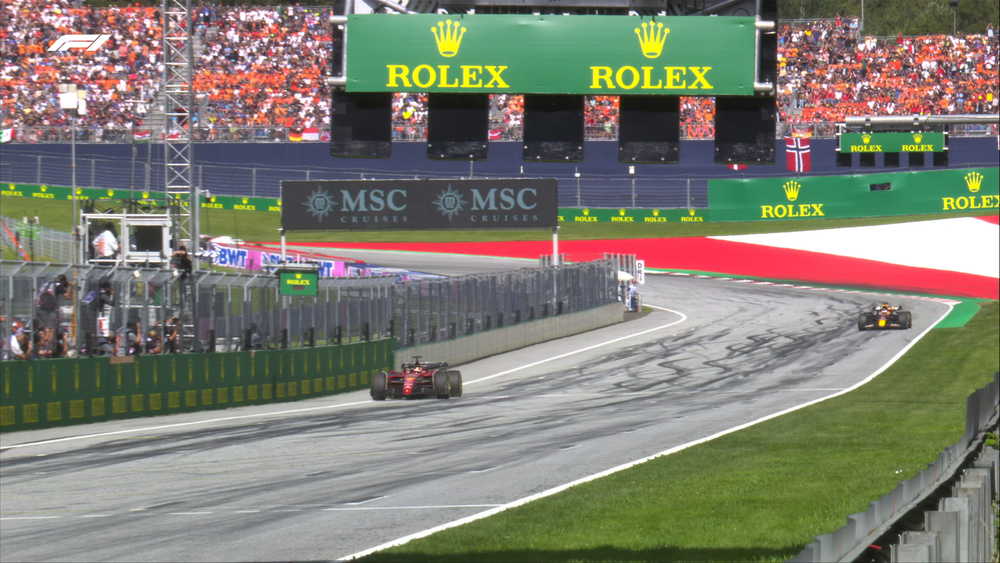 Up until lap 12 Sunday the weekend belonged to Verstappen, the defending champion and winner of Saturday’s Sprint race which gave him the pole.

Leclerc’s Ferrari teammate, and winner last week at Silverstone, Carlos Sainz was looking for second from Verstappen. After another round of stops the second act debuted with Leclerc leading, Verstappen second and Sainz looking to make it a 1-2 Ferrari show. On lap 53 though it came to an end for Sainz as his Ferrari slowed and came to rest with a fire coming out of what was left of the engine. The retirement By Sainz moved Lewis Hamilton into third from his starting spot of eighth.

In closing laps Leclerc reported issues with his throttle pedal sticking, later revealing that he still had about 30 percent pedal when he lifted, which made shifting and slowing difficult. He preserved however and scored his first win since Round 3 at Melbourne.

“It was a really good race,” Leclerc said. “The pace was there at the beginning, we had some good fights with Max, and the end was really difficult, I had some issues with the throttle, so it was very tricky… I definitely needed that one, the last five races have been incredibly difficult for not just myself but for the team”

Verstappen tried to take advantage of Leclerc’s issues in the final stages and close the gap but only managed to get within 2.3 seconds. He had to settle for runner up and miss out on a third-straight win at the Red Bull Ring. 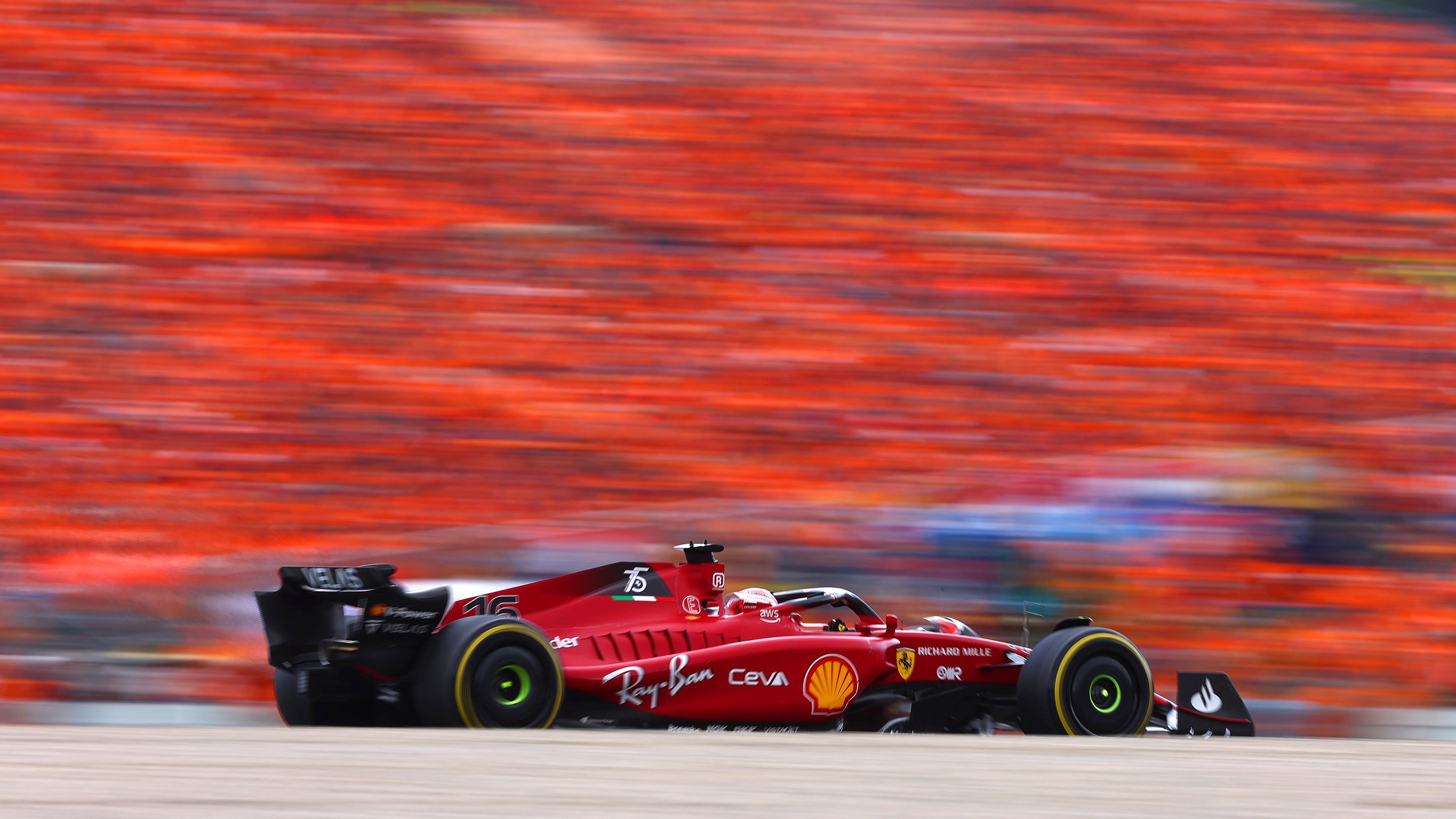 “It was a tricky day,” Verstappen said. “Seemed like we were struggling quite a bit with the tires, and that happened on every compound – too much degradation on the tires, but second place is still a good result for us on a tricky day”

Hamilton seemed satisfied with his second consecutive podium finish after his third place run last week in Silverstone. The finish was just ahead of his Mercede’s teammate George Russell.

“It’s been a bit of a rough weekend, but really grateful that as a team we got third and fourth, so we move on from here,” Hamilton said. “I do want to say a thank you to the men and women in the garage who worked so hard to rebuild the car. I had a brand-new car on Saturday morning, I made a mistake on Friday, not something I do often.”

Russell’s day was slowed by a five second time penalty he earned for what stewards deemed avoidable contact with Red Bull’s Sergio Perez early in the race. Perez was sent sliding into a gravel trap and eventually forced to retire with damage to one of his car’s side pods.

For another week Mick Schumacher gave the Haas F1 team reason to smile. He was the fans’ Driver of the Day, passing both McLaren’s Lando Norris (P7 having served a five-second time penalty for exceeding track limits) and Haas teammate Kevin Magnussen in P8. Daniel Ricciardo made it a double point finish for McLaren in P9.

Fernando Alonso rounded out the top 10 from last on the grid for Alpine, having had to pit three times – a potentially unsafe release causing him to come in twice during the Virtual Safety Car caused by Sainz’s retirement. 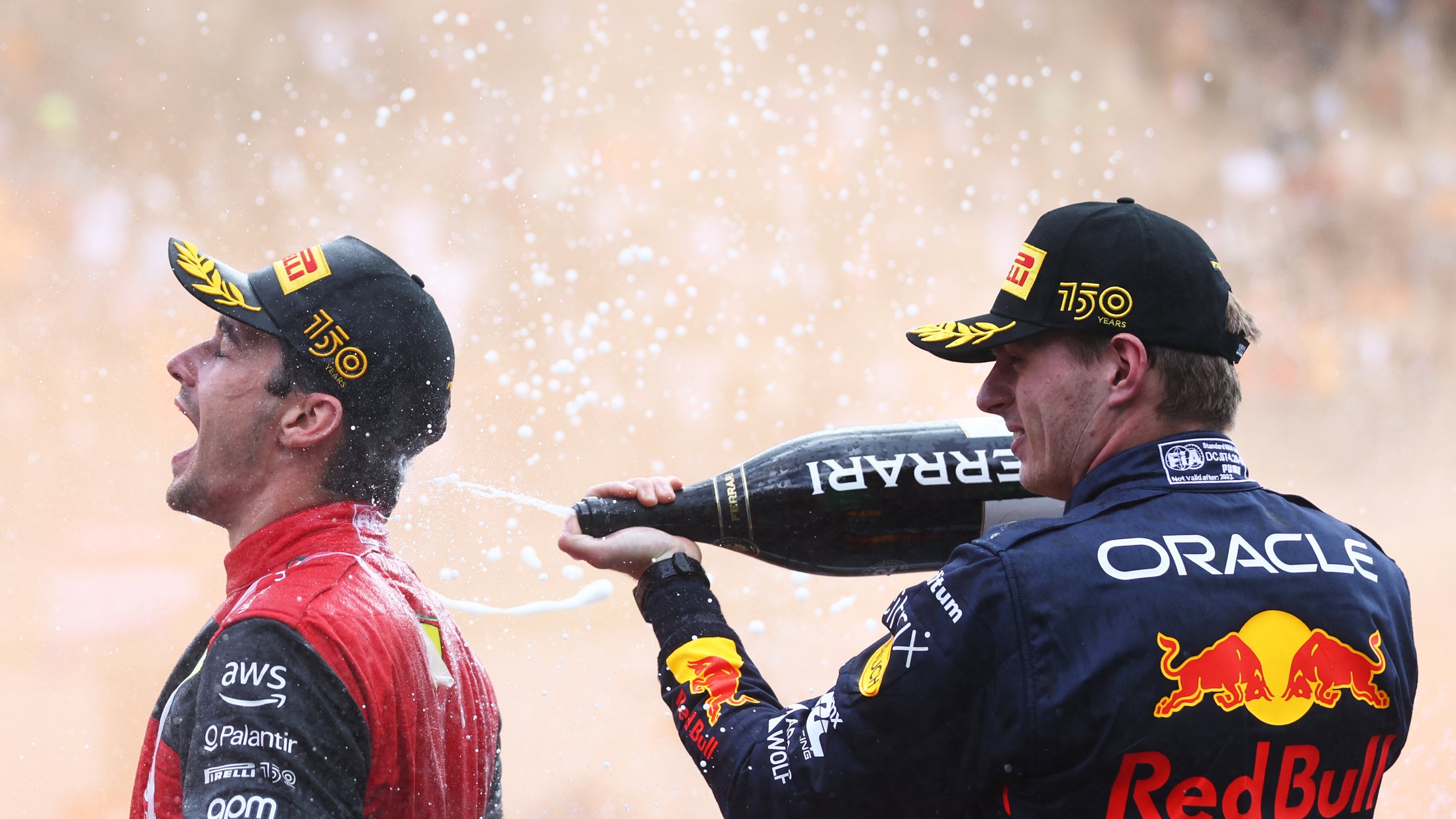 SPIELBERG, AUSTRIA – JULY 10: Race winner Charles Leclerc of Monaco and Ferrari and Second placed Max Verstappen of the Netherlands and Oracle Red Bull Racing celebrate on the podium during the F1 Grand Prix of Austria at Red Bull Ring on July 10, 2022 in Spielberg, Austria. (Photo by Lars Baron – Formula 1/Formula 1 via Getty Images)