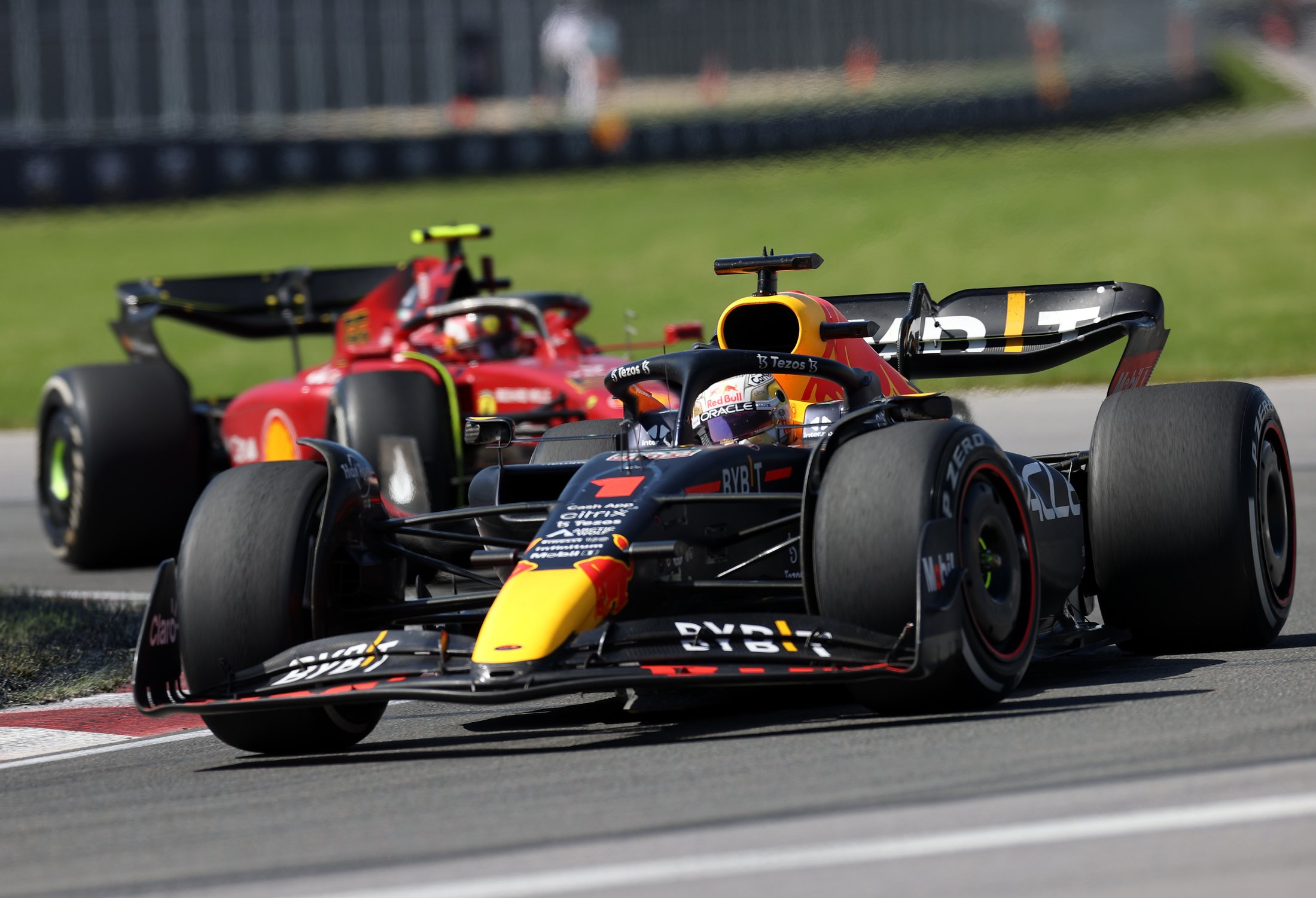 Max Verstappen wasn’t going to be denied. The Red Bull Racing driver held off a hard charging and determined Carlos Sainz to score his sixth Formula 1 win of 2022 and his first in Canada Sunday.

Meanwhile Lewis Hamilton scored his first podium since the first race of the season, while his Mercedes teammate Geroge Russell finished off a much-needed strong run for the team with a fourth place. Charles Leclerc rallied from a 19th place starting spot to finish fifth.

A safety car late in the going set up a possible dramatic finish. Verstappen was able to get away cleanly with the race restarted on lap 54 of 70 but Sainz stalked him the race of the way with Verstappen winning by just over a second.

The safety car didn’t help,” Verstappen after the race. “It was really exciting at the end, I mean I was giving it everything I had, of course Carlos was doing the same. Following is tricky around here, but I could see he was pushing, charging, pushing. But of course, naturally when you’re on the DRS it’s a bit easier to charge. So, yeah, the last few laps were a lot of fun.”

While Verstappen was celebrating, his Red Bull teammate was lamenting what could have been. Sergio Pérez’s race came to an end on lap 8 when he suddenly slowed on the approach to Turn 8 and his car slowed to a halt in the run-off area.

Fernando Alonso who was a crowd favorite after starting second, dropped back at the start. That left it up to his Alpine teammate to carry the flag; Esteban Ocon finished sixth just ahead of Alonso who reported possible engine issues in the closing laps. Alonso was later given a five-second time penalty for weaving in front of Valtteri Bottas while the pair were fighting for seventh place at the end of the race.

The pair crossed the line separated by three-tenths of a second. Bottas complained about Alonso’s defending on the radio, telling his team: “Check that weaving by the car ahead that was dangerous.”

After looking at video footage of the incident and speaking to both drivers, the stewards ruled Alonso had changed his line repeatedly in front of Bottas.

“Between turns 10 and 12, on the penultimate lap of the race, car 14 made repeated changes of direction to defend against car 77 who had to lift at one point and briefly lost momentum.

“Whilst noting the driver’s point that at no stage was any point of car 77 alongside car 14, the stewards consider this to be a clear breach of the above regulation. The stewards therefore impose a five-second time penalty in line with that imposed for a similar incident in Australia 2022.”

“I think this weekend we deserved better than ninth position, but it’s still good for both cars to score points in the end,” Alonso said. “We ultimately lost a big opportunity to fight for a potential podium as I felt like I had the pace to do so. We were hit with a badly timed VSC just before our first stop. I was on the main straight when it was deployed, and then missed a pit-stop opportunity before it ended. We then had an engine problem from lap 20, which we were trying to manage. We didn’t retire the car and used the DRS to defend, as we were losing a lot of time on the straights. It’s disappointing especially after yesterday’s performance, but we’ll head to Silverstone, try to get on top of our reliability issues and score more points.”

The positive qualifying runs for the Haas team on Saturday didn’t hold up. Mick Schumacher lost an engine and finished 18th, while his teammate Kevin Magnussen spun late and could only manage to hold on for 17th.

For Sainz it marked another race of disappointment as he’s now gone 148 races without a win but now five second place finishes.

“I can tell I didn’t leave anything on the table today,” he said. “I was the fastest car today – it was very difficult to mount an overtake on the RB. I gave my maximum.

“We tried our best and as a team we executed the race.”

For Hamilton, and Mercedes, the podium finish and fourth place showed that are getting closer to the front of the field once more.

“We’ve had such an awesome crowd here this weekend,” Hamilton said. “It’s quite overwhelming to get this 3rd place this weekend but we continue to be vigilant and not give up so thank you to the team and everyone back at the factory.

“We just have to keep pushing and hopefully we can be up there with them [Ferrari and Red Bull].

“Our pace was quite good, especially in the second phase so honestly I’m ecstatic. I didn’t expect [a podium] coming back this week. I love it in Montreal.” 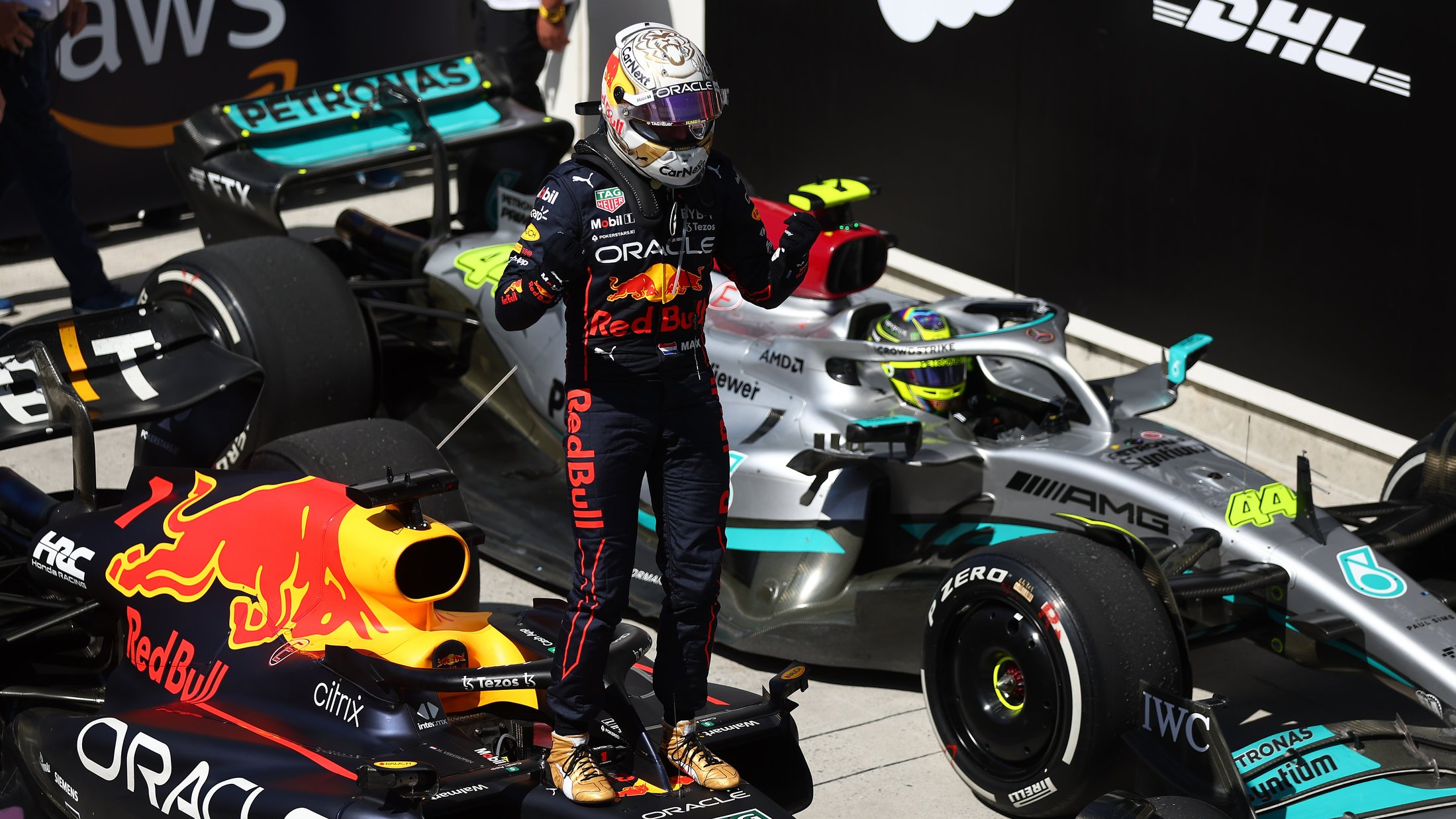