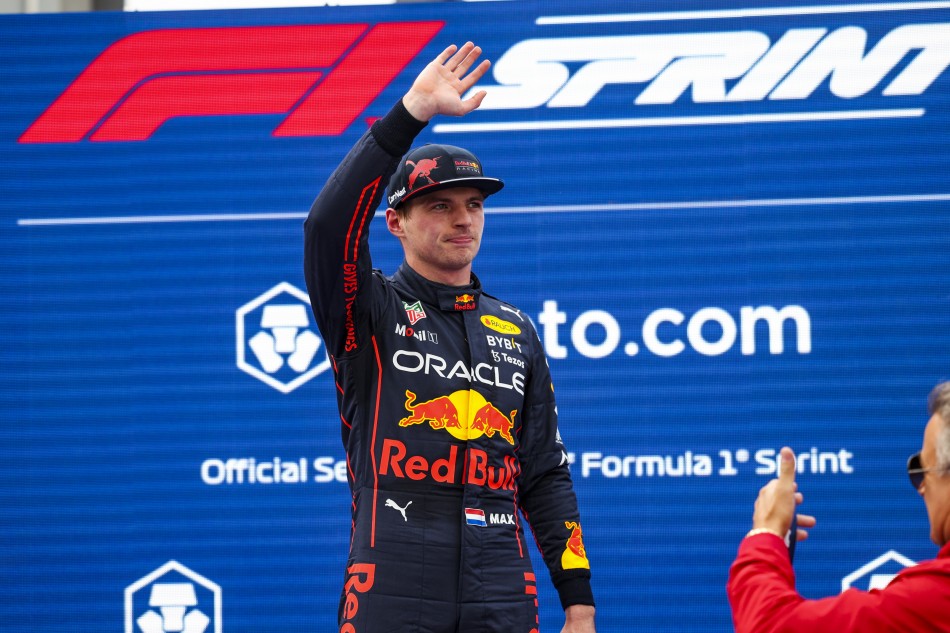 Max Verstappen lost the lead to championship leader Charles Leclerc at the start of the Imola sprint race on Saturday but kept putting pressure on the Ferrari driver. When Leclerc began to falter with tire wear, the reigning World Champion pounced with two laps to go and took a lead he wouldn’t relinquish.

Verstappen wasn’t happy to have given up the lead at all though, and called his start “terrible.” He added: “It took a while to try to put the pressure on but I think we were a bit better on our tires by the end of the race. We were pretty much flat out, you know?”

Charles Leclerc, who will start the race in the same position he qualified on Friday, wasn’t too unhappy about being runner-up. He said his team would look at the tire degradation to make sure it wouldn’t impact race pace. He mostly spoke about the Ferrari home fans in Italy: “It is incredible. Every time we are in Italy we have so much support and it is amazing to see so many people in the stands.” 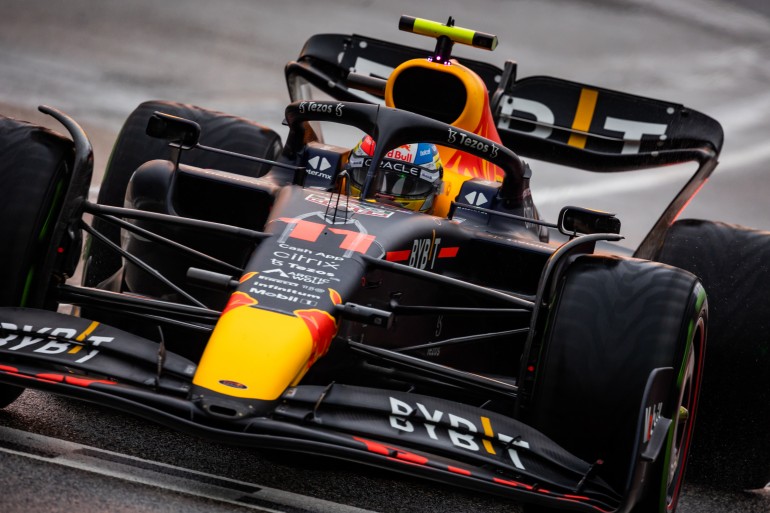 Verstappen’s teammate used his sprint race to the fullest and climbed from seventh to third. Sergio Perez was unhappy after qualifying, where red flags kept him from putting in his fastest lap, but said, “Today we managed to recover, and I think we are in a great position for the fight tomorrow.”

Perez is hoping for an unpopular race result with the tifosi Ferrari fans: “It will be ideal to get a one-two: that will be great for us but probably not for the tifosi – but we will try.”

McLaren managed fifth and sixth with Lando Norris and Daniel Ricciardo respectively. After a difficult start to the season, with neither car starting in the top ten during the opening two rounds, it’s a result that continues the team’s momentum from Australia. Despite losing two spots from his third-place qualifying result on Friday, Lando was all smiles getting out of the car.

Team principal Guenther Steiner said was unhappy with losing so many positions in the sprint race, but said: “All in all, we scored a point which is a positive and Mick is up two positions for tomorrow. We need to find a slightly better balance of the car and then try to get some points as well tomorrow.” 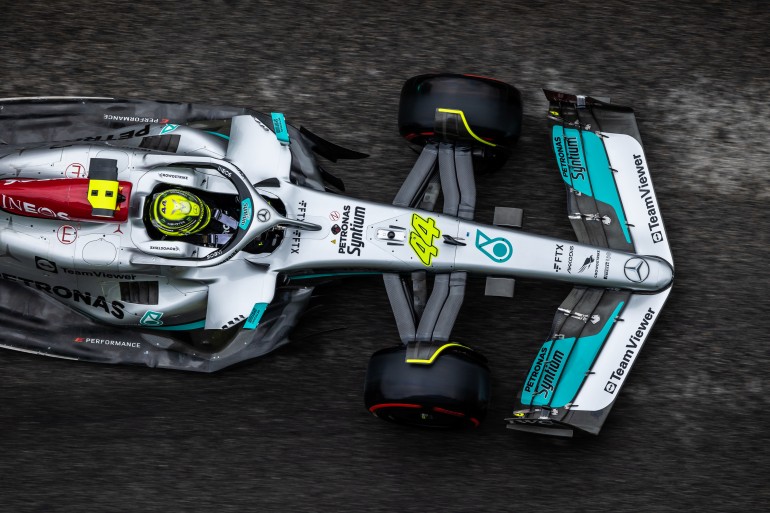 On the other hand, neither Mercedes could find the top ten. Said Lewis Hamilton, who will start fourteenth: “It is what it is and it is what we have. We haven’t got it right this year but everyone is working hard to correct it.”