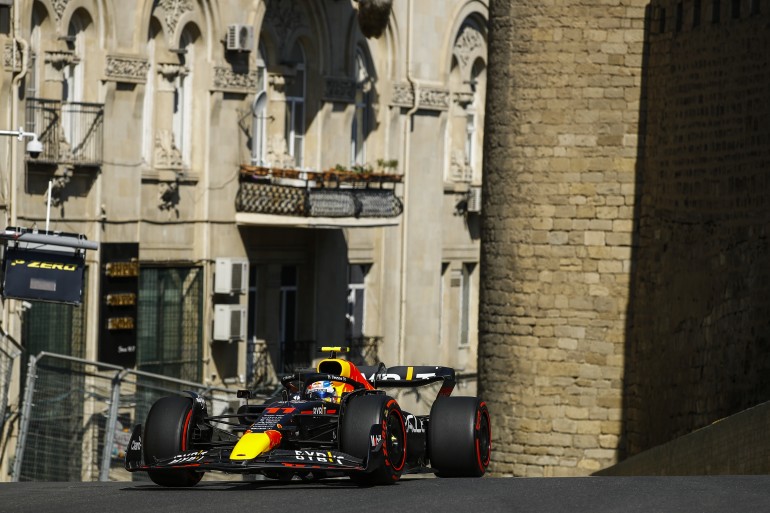 Max Verstappen led a Red Bull one-two and took the lead in the Drivers’ Championship with a win at the Baku City Circuit in Azerbaijan. Both Carlos Sainz and Charles Leclerc retired with power unit issues affecting their Ferraris, giving Sergio Perez the second podium spot. Mercedes driver George Russell ended up third as well.

“Obviously maybe a tiny bit lucky with the retirements,” Verstappen acknowledged, “but nevertheless I think our car was really quick today so I could have closed that gap, so then you have a race on your hands, but overall, really happy with the balance of the car today.”

“I think today we had incredible pace in the car, we could really look after the tires and we could chip away at it, pass for the lead,” he added. 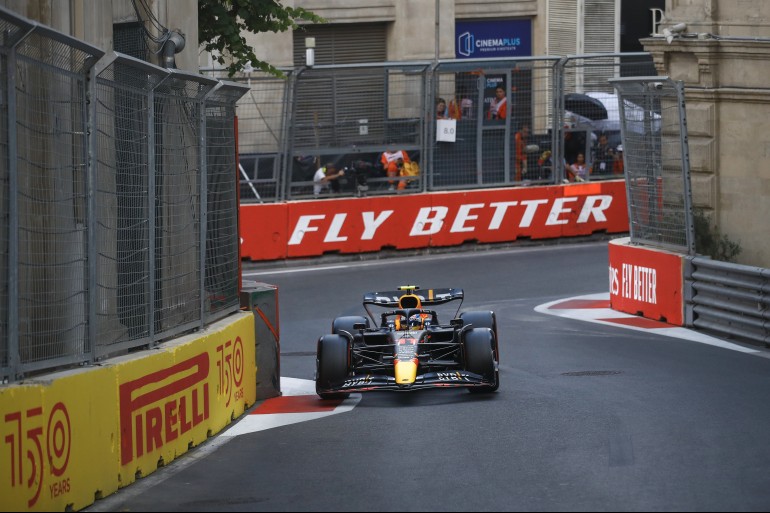 His teammate Perez took the lead early from his second place starting position but cost himself tire wear. He outran the Ferrari of Leclerc and his teammate before Leclerc retired with engine problems and Verstappen overtook him. The Red Bull team told Perez not to defend against his teammate.

About that call, Perez said: “He was clearly a lot faster at that stage of the race, so it was the right call not to fight as I didn’t have any pace at the time. At the end of the day Max deserved the win because he was the faster car.”

But he also criticized some of his team’s decisions. “There were a few things that played into the result today,” especially a slow pit stop under a virtual safety car. “I think all the way to that stage things were looking okay, but it was mainly after the virtual safety car when we really dropped the pace massively. I am sure it is something related to it, we probably lost a bit of temperature on those tires at that time, with some wear, so we have to understand that and what happened.” 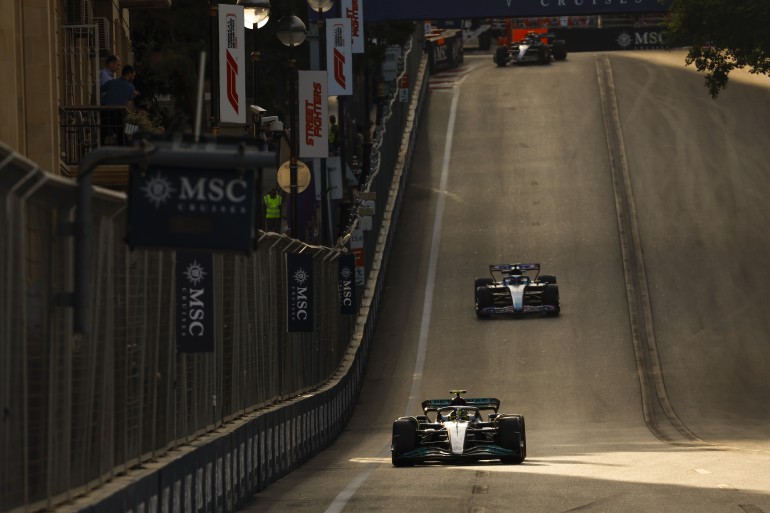 George Russell finished third, but it wasn’t easy. His Mercedes had major issues with porpoising throughout the weekend, so much so that he said: “I was pretty pleased to see the race coming to a close because you’re just smashing the ground every single corner and lap for an hour and a half, pretty brutal.”

“I’m pleased to be standing on the podium as a team we’ve got to be there at the end to pick up the pieces,” Russell commended his team. 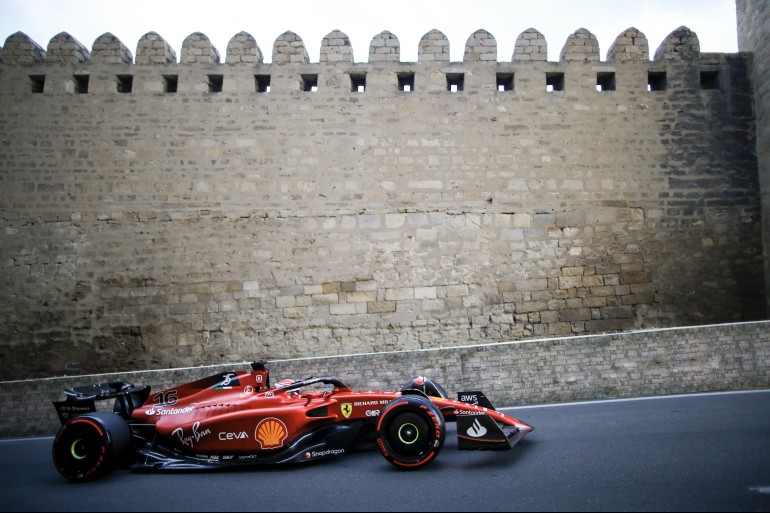 Both Ferraris retired from the race with power unit failures, as well as the Ferrari-powered Haas of Kevin Magnussen. Sainz suffered a failure while running fourth, and Leclerc’s engine erupted with smoke during the pit sequence, handing Red Bull plenty of points.

“I am more than frustrated,” Leclerc said. “We were leading and then I was managing the tires well. We just had to manage the tires to the end, and we were in the best position to do that. Another DNF. It hurts.”

“It is more than significant,” he added. “I don’t really have the words. It is just a huge disappointment and I hope we can jump back from it and be on top of those things.”