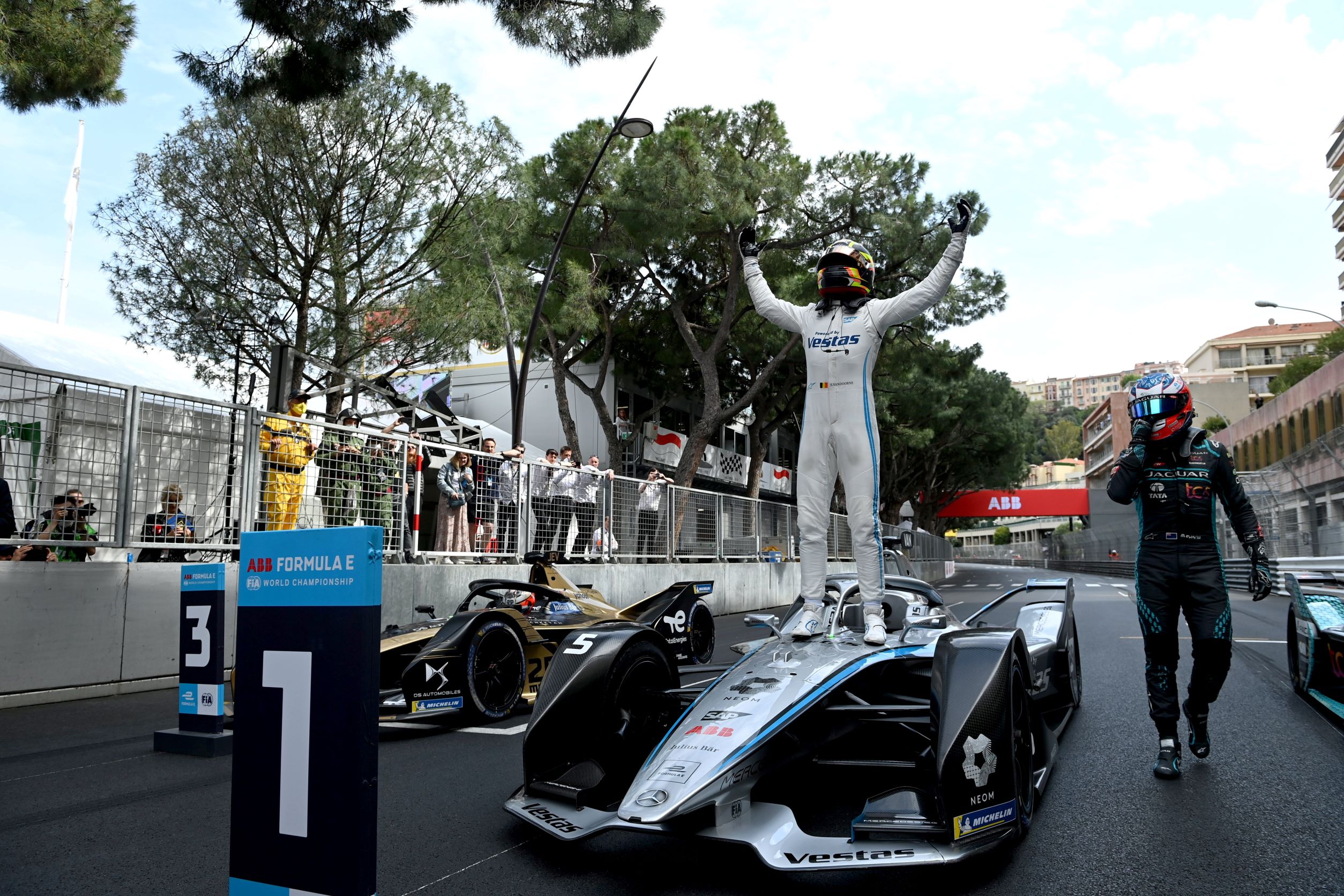 Stoffel Vandoorne won the Monaco E-Prix by a commanding distance. The Mercedes driver mastered energy conservation that put him in the best position to fight with the front runners, and he took the lead from second when Porsche’s Pascal Wehrlein came to an agonizing stop with technical issues.

“It is an amazing feeling,” Vandoorne said. “Monaco is always a special race to win as a driver. Last year we had a tough time here, this year we managed to turn it around. The target was to qualify at the front and then I knew we would be in the mix, and that is exactly how the race panned out. We were flying today, massive well done to the team for giving me a strong car. It has not been an easy start to the season, but it shows the consistency we have. I am extremely happy.”

He added: “I feel like I have been fighting at the front all season already, I have had a few pole positions and have not quite been able to convert them into victories.” Jokingly, he said: “This weekend I decided not to qualify on pole and get the victory instead.” 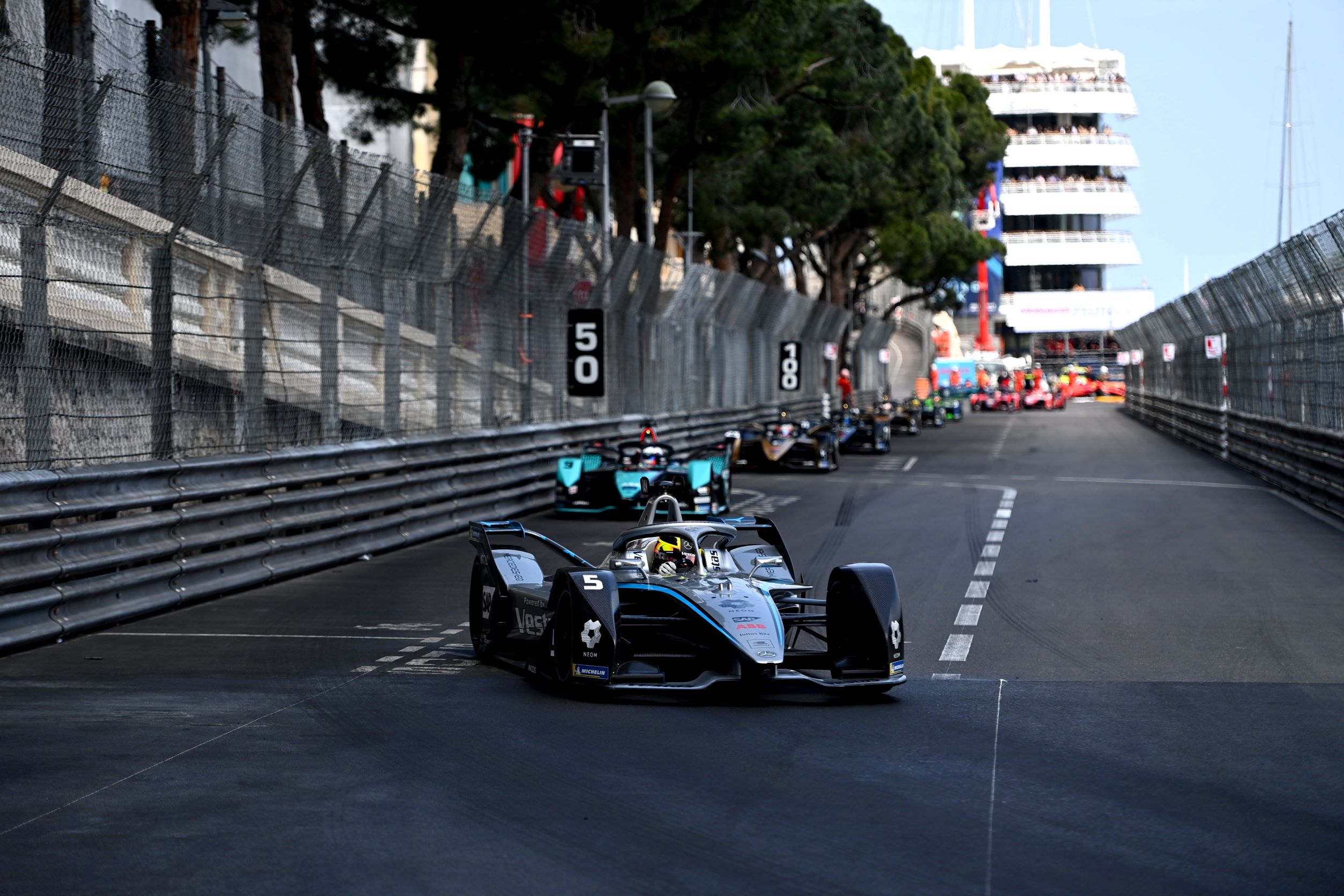 The result puts Vandoorne in first place in the Drivers’ standings by six points and leaves Mercedes leading the Constructors’ battle by fifteen points.

Jaguar’s Mitch Evans did not enjoy the same luck with the safety cars. After the restart, he ended up stuck behind Jean-Eric Vergne and Robin Frijns that he had to re-pass after his second Attack Mode deployment but managed to recover for second.

He was less happy getting out of the car, calling it “a confusing race,” as his team struggled with managing battery power. He said he “felt we were looking really good on the energy. We thought we were pretty conservative, so were not expecting to use much energy, but it was the complete opposite. This is something to look into, maybe we just got things a bit wrong today – but we were quite lucky to get second, so I will take that. I will take these good points and move on for the next race.”

Jean-Eric Vergne, driving for DS Techeetah, was also unhappy with how the race unfolded, also unhappy with his battery usage that came to a head when he battled Evans. Vergne said: “It was a good race, but I was unlucky on the second attack mode, I had a struggle with full course yellow, so it was a waste. Obviously I would rather fight for the win today but I am going to take those points. I’ll keep pushing hard, I’ll keep hard working and move forward.” 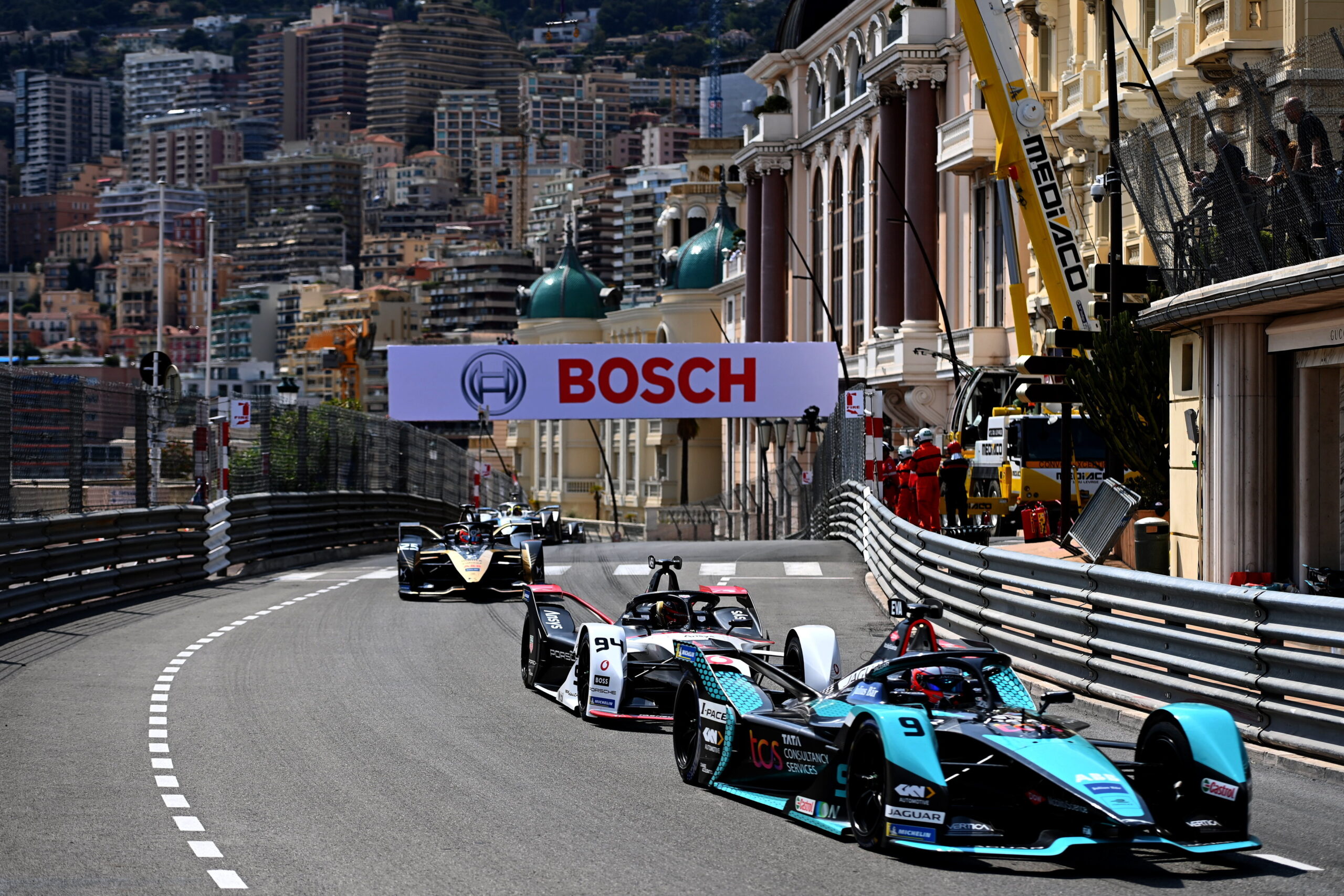 15,000 fans came to Monaco to watch the sixth round of the Formula E world championship. The series heads to Berlin for a doubleheader on May 14th and 15th to begin the second half of the season.