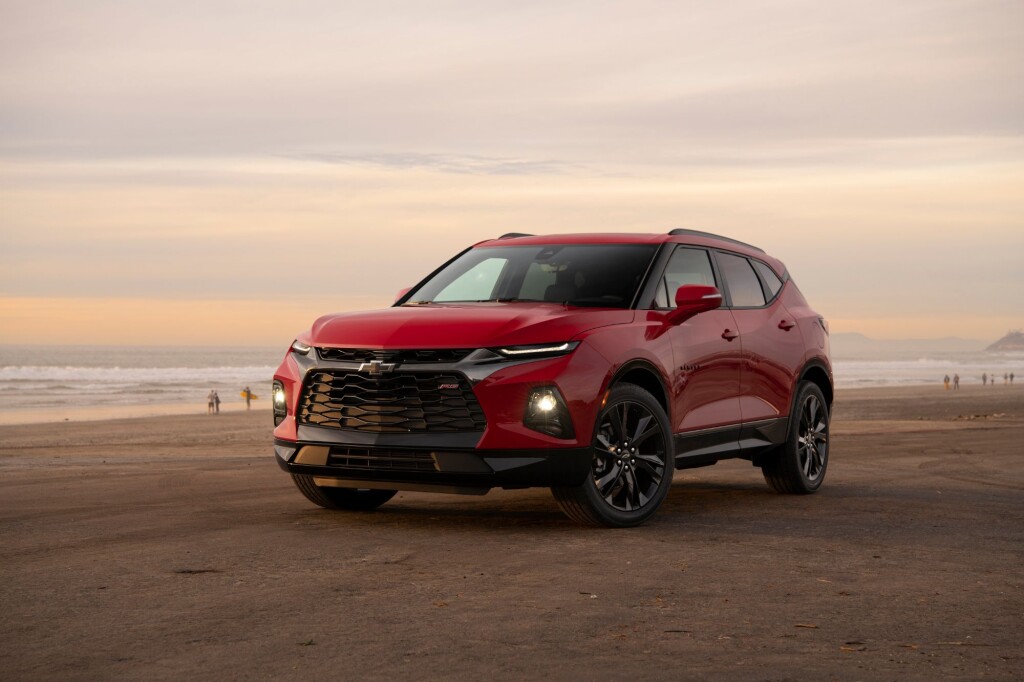 The first new car I ever purchased was a Camaro. Specifically, a 1984 Camaro Sport Coupe. Yes, it was the base model, and yes it had a puny 2.5 liter 4-cylinder engine under the hood. However, since I was only 4 years into a 23-year military career, I wasn’t making all that much money so it was all I could afford. But it was a Camaro, and I was damn proud of that fact.

I was so proud in fact that I left the dealer’s window sticker on it for nearly 6 months scrapping it off only after the brutal South Florida sun had faded it to nothing and my wife refused to ride in it unless I did.

I really enjoyed tooling around Miami in that car. I even sneaked onto the track being setup for the 1986 Miami Grand Prix at Bicentennial Park, making It nearly halfway round before I got to meet Miami’s finest law enforcement representative who quickly convinced me that it was probably a very bad idea to continue. My wife simply shook her head in embarrassment from the passenger seat; though I suspect the fact that she looked like a super model who belonged in Miami most likely helped me get away with simply a warning from the aforementioned law enforcement representative who was male.

Those years with that Camaro were easily the best of my youth. My wife and I were in our early 20s, had no kids yet, and were living in one of the best places we have ever lived.

Since then, there have been kids (adults now), many more cars (our first kid several years later meant the Camaro had to be replaced by a family friendly minivan) but I look back on those days (and that car), fondly.

In the ensuing years I’ve had a chance to spend time in a Camaro, most recently late last year when I had a week with a convertible 3LT. Sure, it was generations removed from my 1984, yet there were still some familiar feelings behind the wheel; reminiscent snippets of those happy days in Miami all those years ago.

I had those same feelings again this past week. And they came from an unexpected place.

Chevy delivered me a 2021 Blazer. The Blazer is a once mighty full sized 4-wheel off road monster that faded from view in the 1990s and returned in 2019. It’s now become another midsized SUV in a sea of midsized SUVs.

At least that’s what I thought. 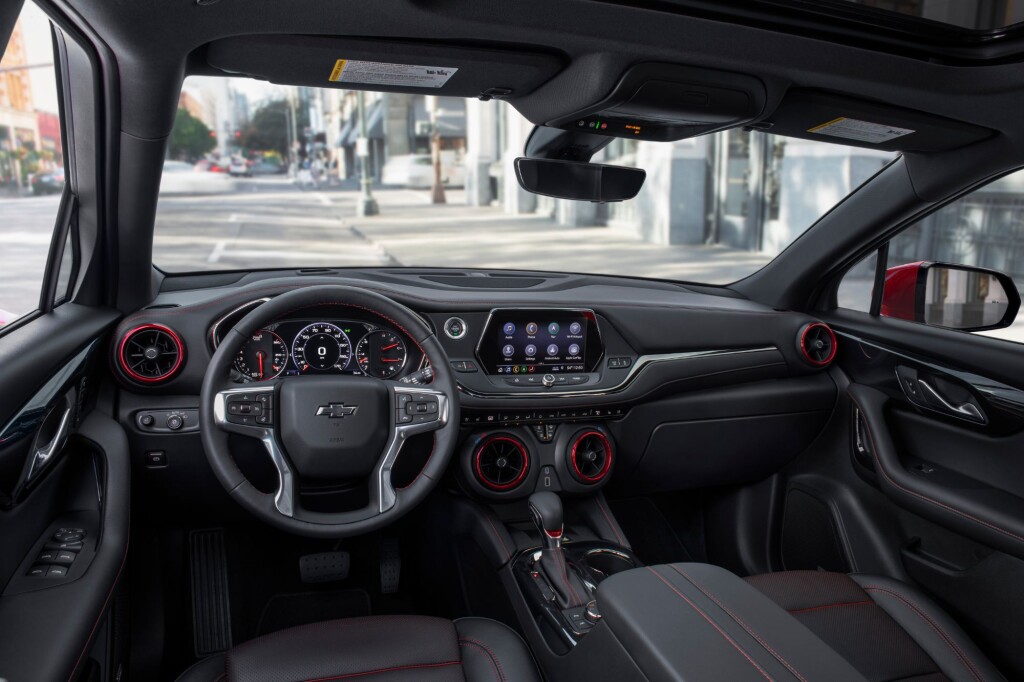 On first glance there was something vaguely familiar with outside look. I couldn’t quite put my finger on it, but I did like the athletic stance and the black wheels and trim. On the inside the cabin was roomy, and again had a somewhat familiar feel. I just couldn’t figure it out.

Then I did some research.

Turns out, the Blazer shares many of its design cues with a Camaro. Once I learned that it all made sense. And the subtle cues could be noticed. Now to be sure, the Blazer isn’t a Camaro on steroids, nor a Camaro in drag. The Blazer actually incorporates some of the Camaro design, like circular air vents and the hexagonal infotainment surround, and does so brilliantly.

Make no mistake, the Blazer isn’t a Camaro, nor is it the off-road beast it once was. The V6 with its 20 horses gives it plenty of power. And the drive is spirited and fun, but a Camaro it’s not. With the design cues borrowed from the Camaro however, in a sea of SUVs big, small and in between, the Blazer stands out and stands out very nicely.

It’s a shame that the Miami Grand Prix is now held at Homestead-Miami Speedway. Though I do visit there to work NASCAR races, I bet it would be hard to sneak in a lap of my own. To be honest however, if I ever had another Camaro there, I might just be very tempted to give it a try. 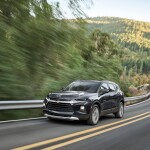 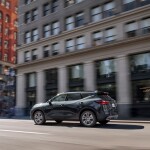 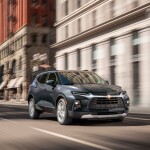 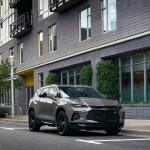 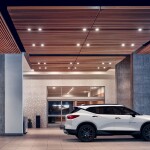 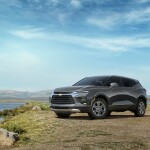 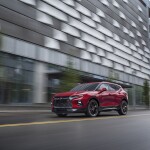 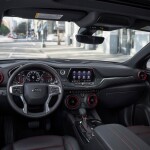 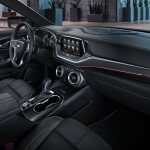 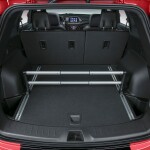 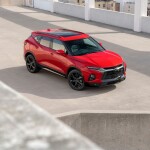 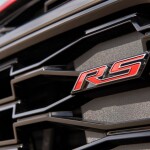 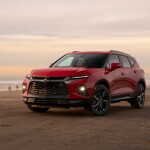 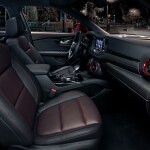