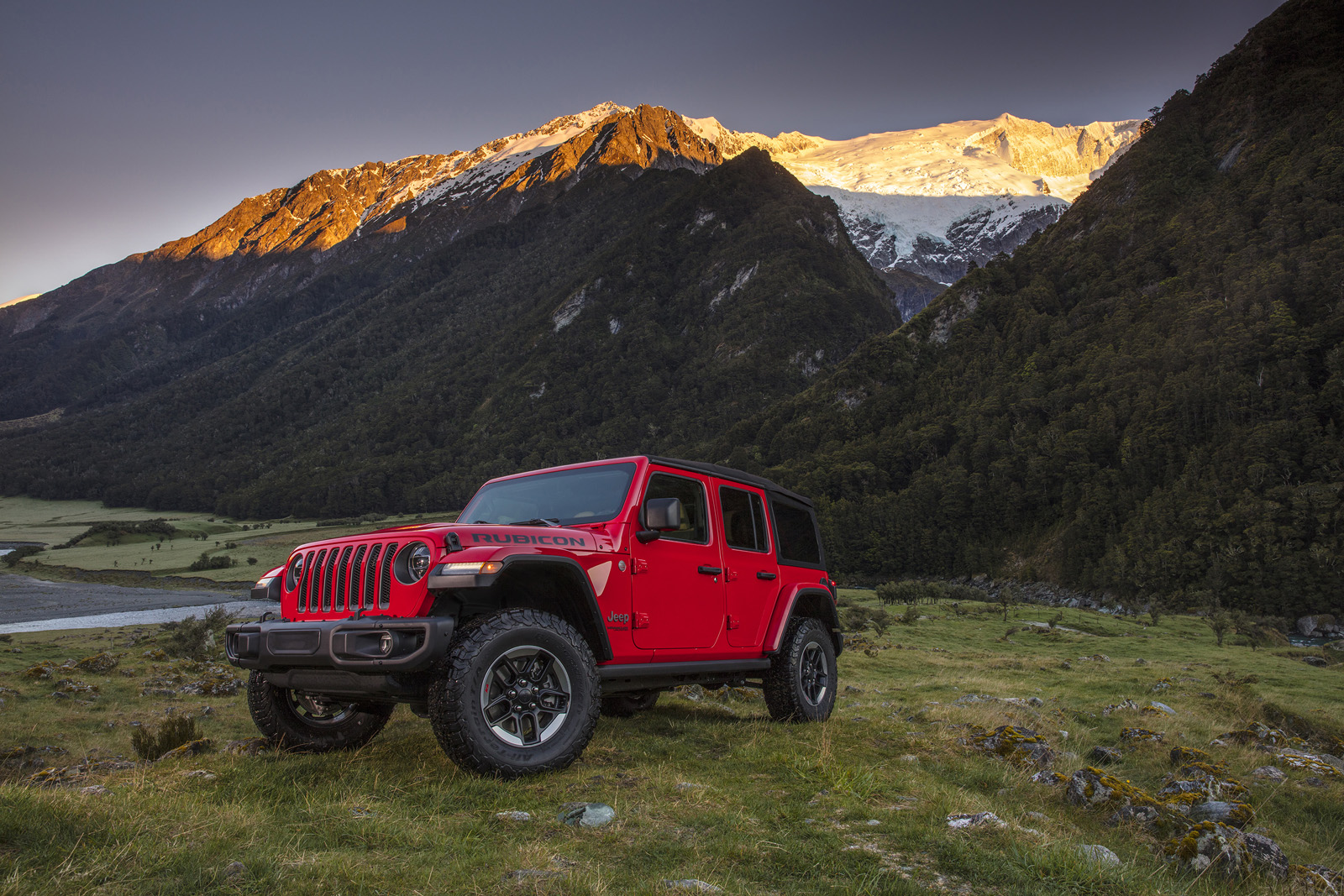 I’m not big into change. Most of that comes with age I guess, but then again, it’s almost universally accepted that no one likes change. And that can sometimes happen with cars.  I once bought a Pontiac (back in the 1980s) and a year after I bought, they changed it, from front to back.  So, there I was stuck with a car, that truth be told I did like, but was ‘last year’s model.’ Anyone who looked at it, knew that it was, at least that’s what I thought.

I had a fear that the 2019 would be changed so much that it would be almost unrecognizable.

It turns out the changes were infinitesimal; and that’s a very good thing.  In fact, the only changes are the addition of Wrangler’s Advanced Safety Group package now includes adaptive cruise control and forward collision warning, and a new paint color.  That’s it, nothing more. I breathed a sigh of relief and enjoyed a week with one of the coolest SUVs on the road today.

That being said, here’s a reminder of all the goodness of the Jeep Wrangler:

Part of the reason for no big changes of course, is that the 2018 marked the debut of a new Wrangler.

This new Wrangler is dubbed the JL; the old one is the JK, which I did actually find amusing (lol). The new JL takes all that was good with the JK, adds more, and makes it all so much better. And that’s no joke.

The JL is longer, wider and a bit taller.  You can still get a 3.6-liter V6 under the hood, but you can now get an eight-speed automatic transmission as well.  There is also a turbocharged 2.0-liter four-cylinder engine which is actually a quasi-hybrid engine with Jeep’s new eTorque technology, featuring automatic engine start/stop, extended fuel shut-off during coasting, electric assist to compensate for turbo lag, and more.

For my second week I had the Unlimited Rubicon with the new 2.0 liter and the 8-speed automatic. 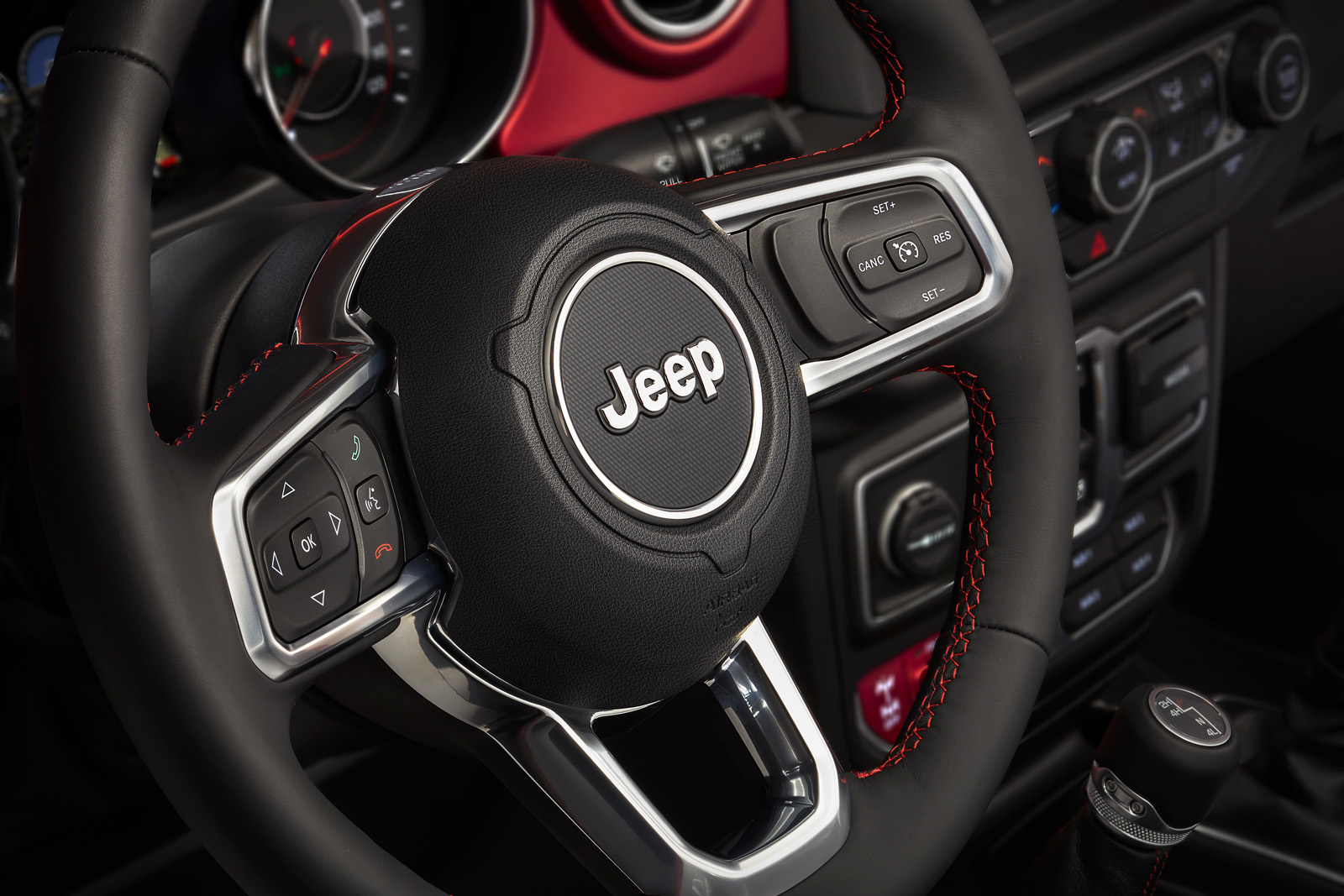 Inside the new JL there is more room and is a bit more comfortable with room enough for five adults. The Rubicon has 17-inch wheels wrapped in 33-inch off-road tires (the biggest Jeep has ever put on at the factory).   With its fender flares, large off-road tires and the traditional look Jeep has, there is little doubt the Wrangler can ply its trade in the dirt and mud. That hasn’t changed.  What has is how this new Wrangler behaves when fenced in by the pavement.

This new JL had all the off-road stuff, the Rubicon even more with Dana 44 solid front and rear heavy-duty axles, electronically locking front and rear differentials, a more capable four-wheel-drive system with a 4:1 low gear ratio, and two-piece fender flares.  Unlike the other SUVs the Jeep does all the Jeep things.  The Wrangler has a removable hard or soft top (try that with your minivan), and you can ford water up to 30 inches.  There’s also 10.9 inches of ground clearance and on the Rubicon the Rock-Trac 4×4 system has a “4LO” ratio of 4:1 and Tru-Lok locking differentials standard with skid plates and front and rear tow hooks. So yes, crawling over rocks won’t be an issue.

But when not rock climbing with its new stance it seems so much better to drive on the road; there is no wandering, no need to be up on the wheel every second.  The new interior seems a bit friendlier than before, not that there was anything wrong with the old; it just seems that a bit more room on the inside and the wider stance on the road makes a big difference.

Under the hood the new 2.0 delivers 270 hp and 295 lb.-ft. of torque. With the new 8-speed automatic the power has never been better, on and off road.

With the new added tech, modern safety features and a more comfortable interior, using the Wrangler for everyday driving is a much more appealing prospect. Knowing that you can take the family chariot to the wild for an off-road adventure makes it even better.

The Wrangler has always been good. But it was less of a true SUV and more of a vehicle specific to younger single people who wanted to show off how outdoorsy they are. This latest one however is stylish enough and large enough that a family could, and should, consider one for everyday use.  It may not be for everyone, after all some might be afraid of chipping a nail, but for those of us who want a true SUV this Wrangler is definitely worth a look.

The 2019 I had was clad in a bright ‘Hellayella’ which is yellow if you can’t figure that out.  It was only mildly less shiny than the Mojito!, color a brighter green,  on the 2018 I had a few months ago.

I enjoyed my second week with the Wrangler Rubicon; it’s a great SUV that can do anything you want to throw at it, and laugh while doing it.  And the best part is the 2019 Rubicon added only $100 to the base MSRP. 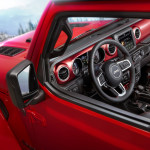 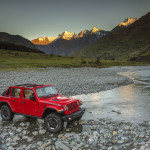 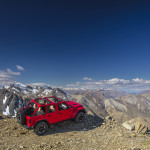 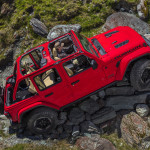 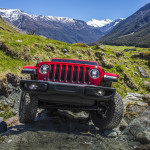 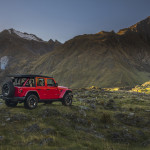 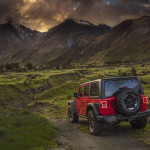 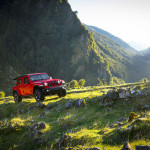 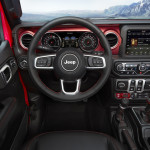 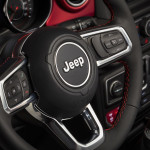 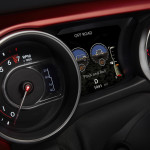 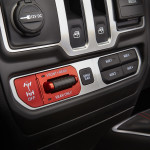 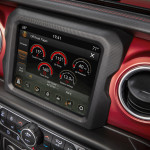 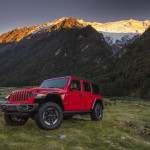 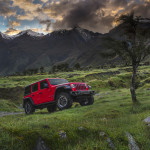