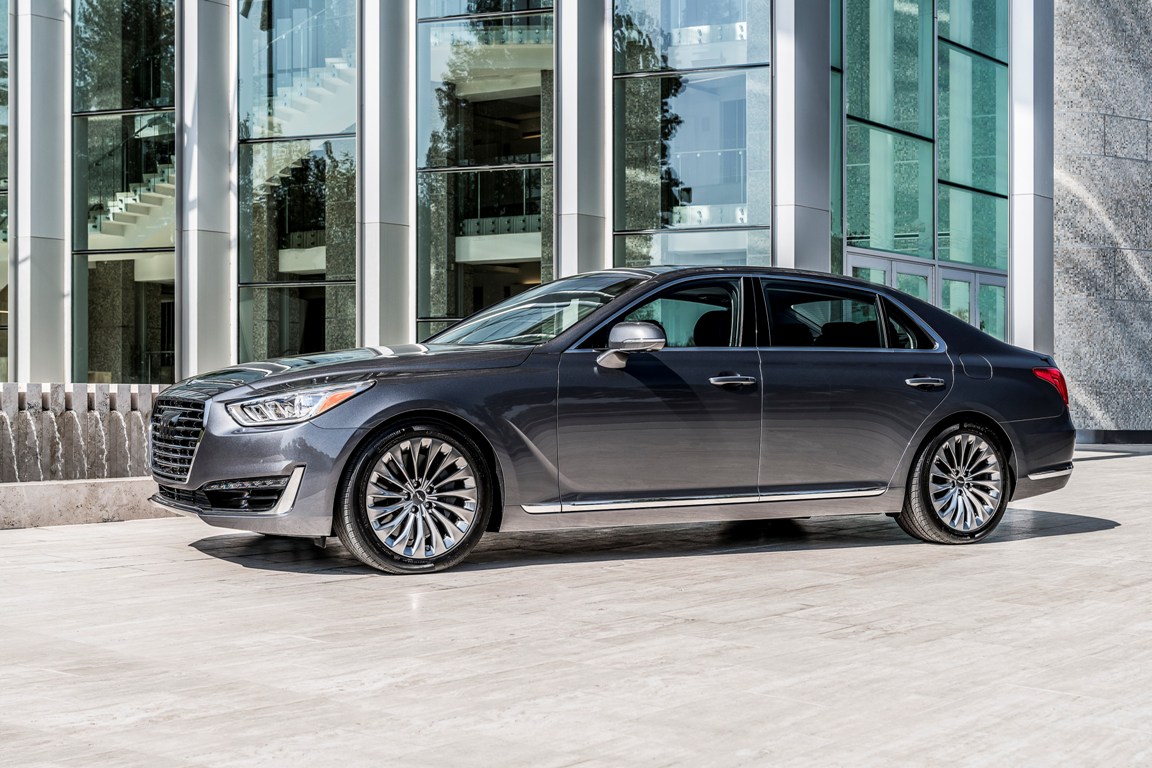 It’s that time of the year again.  Tis’ the Holiday season filled with glad tidings, decorated dead trees in our living rooms, and something called “figgy pudding”, whatever the heck that is.

I generally love this time of year. I love all the parties, presents, family gatherings, the festive atmosphere, and the general frivolity that accompanies the end of yet another year on Mother Earth.

There are some annoyances however.  One is the onslaught of television commercials for a certain product seen at no other time of the year. I refer, of course, to the advertisements for fragrances, both male and female.  Those artsy ads that use weird camera angles and stylized images of lovely (and hopelessly skinny) people traipsing about on yachts or running through a field of clovers or some other such nonsense.  They’re over sexed, self indulgent ads that try to make us believe that by merely spraying on some scented liquid we will be transported to someplace luxurious, someplace we can only dream about.

Like lemmings to the sea, many will buy a bottle to give as a gift. And those who receive it will smile, spritz some on once and store the remains away where they never again see the light of day.

These advertisers of course are trying to sell not a smell but a lifestyle.  “C’mon, spray some Eau De (whatever) on and suddenly you have a chiseled jaw line, dashing good looks and captain a yacht”.

The truth is of course that no amount of scented water will change your life.

I thought of this during a recent week because:  A- those damn annoying commercials are on right now (including one that features a Jimi Hendrix song that I’m sure has him rolling over in his grave), and B-because Hyundai delivered its latest creation to me.

I shouldn’t say Hyundai though, actually it was from Genesis, which after several years has finally broken away from the Mothership and is trying to form its own brand.

Gm (Cadillac) has done this, so has Toyota (Lexus) and Honda (Acura) among others.  These luxury brands don’t try to just sell cars however; they are trying to promote a lifestyle, a way of life that for the vast majority of us is something we will never see, like captaining a yacht or running through a field of clovers (and being hopelessly skinny).

Now comes Hyundai, the upstart automaker from Korea (the lower half which is the good side, not the upper half which is not). After several years of offering upscale models, the Equus was one, Hyundai rebranded that to the G80 and for 2017 has a whole new division devoted to its premium offerings, simply called Genesis.

The flagship for this new division is the new for 2017 G90. And recently I got to spend a week with it.

It’s a somewhat tall order for Hyundai, um Genesis.  To attempt to compete with the likes of the Mercedes-Benz S-Class, Audi A8, BMW 7 Series and Lexus LS 460, but with the G90, Genesis is jumping in the pool with both feet.

This new large luxury sedan has two trim levels, Premium and Ultimate.  Each variant can be had with either a 3.3 turbocharged V6 (3.3T Premium or Ultimate), or a 5.0 V8 (5.0 Premium or Ultimate).  There is a further distinction as either level can be rear wheel, or all-wheel drive.

There are many standard features to be had, and that makes sense since there are no options. 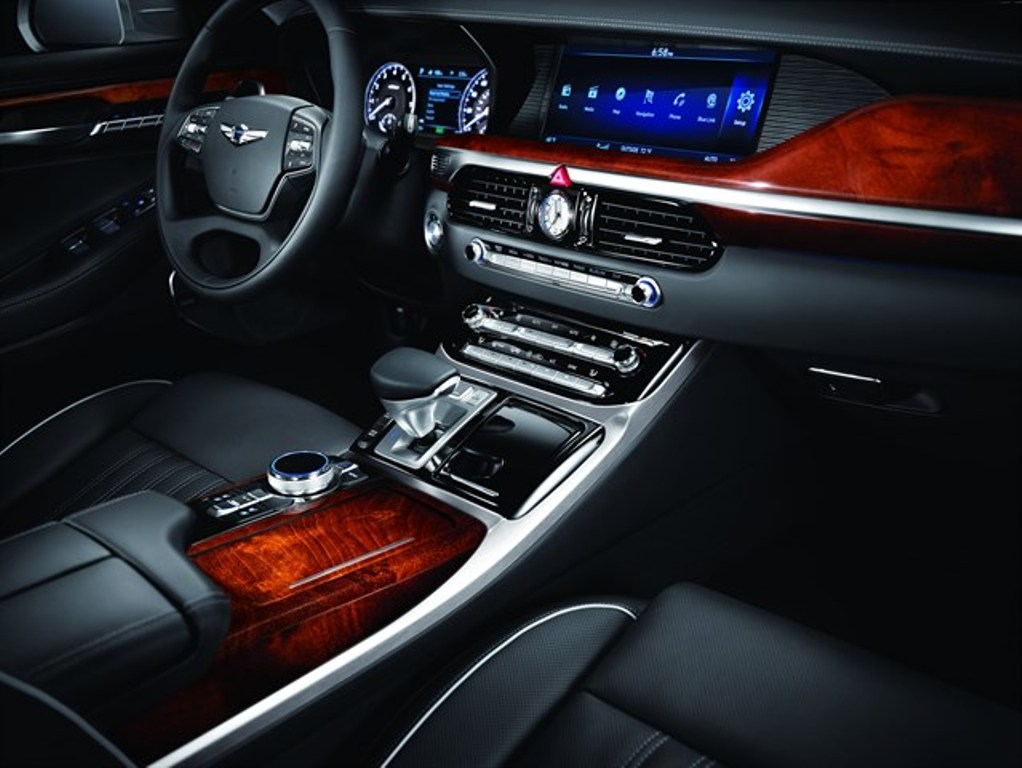 Inside, the luxuriously appointed cabin is trimmed in real wood. There’s  a 22-way power driver seat, and a 16-way power front-passenger sea both of which are heated and ventilated and covered in Nappa leather upholstery, a faux-suede headliner, power sunshades for the rear window and rear side windows, and power sunshades for the rear window and rear side windows.  A heads up display is standard above the leather-covered dash, which houses the two large gauges framing a seven-inch high-resolution TFT-LCD display.  There’s a heated, power-adjustable steering wheel, a surround-view parking camera system, and a wireless charging pad. Tech features include Bluetooth, a 12.3-inch infotainment display, a navigation system and a 17-speaker Lexicon surround-sound system with satellite radio, a USB input and an auxiliary audio jack. The infotainment system is controlled by a dial on the center console.

Other than choosing an engine, and rear wheel or all wheel drive, along with the color, there are no other options available.

Good or bad?  I can’t decide.  Ordering a Mercedes can be a mind numbing (and expensive) experience given the available array of options that the Germans offer, however there is the argument that when buying a luxury sedan part of the enjoyment is being able to personalize it.  Not everyone wants/needs navigation, a satellite radio (which requires a monthly subscription fee after the free period), or a heads up display.  Sure they’re nice to have, but why pay for such things if you don’t really want them?

My tester for the week was the all-wheel drive 3.3T Premium  clad in “Caspian Black” with a black on black interior. Wouldn’t be my first choice living in Florida but there are six overall colors to choose from including Casablanca White, Manhattan Brown, Santiago Silver, London Gray and Patagonia Blue.

On first glance from the exterior, the new G90 is a great looking sedan giving a hint of a Maserati Quattroporte impression.  From the 19-inch alloy wheels to the chrome dual asymmetrical exhaust tips integrated in the lower bumper, the clean lines do emit an air of elegance.  Hats off to the designers.

The interior is nicely laid out, and the road noise is minimal, as it should be in a luxury sedan.  On the road the 3.3 liter with its 365 horsepower and 376 pound-feet of torque is more than capable (the 5.0-liter V8 produces 420 hp and 383 lb-ft of torque).  The ride is smooth, the shifts through the 8-speed automatic were seamless.  Overall, the G90 is a very nice driving experience.

But is it a worthy adversary in a field of luxury sedans with long storied histories?

The problem I have is that there is no flash, no “Buy me now” factor, and no pizzazz.  Not even subtly so.

At the end of the day in my mind at least, a Hyundai by any other name is still a Hyundai. I like Hyundai, I really do. I would own an Elantra, I really would. After struggling in the early years with reliability issues, the Korean company is becoming known for affordable, and reliable, transportation.

However, is Hyundai ready to step up to the big leagues occupied by Mercedes, BMW, Cadillac, Audi and Lexus? The pricing is just below others in its class ($69,050 – $73,150), but the others have the heritage, a storied linage, and fans who won’t be persuaded to move to another brand.

Only time will tell.  They may be trying to sell a lifestyle that isn’t true.  Let’s hope that after one spritz car buyers don’t decide to put the bottle away where it will never again see the light of day. 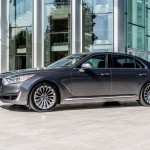 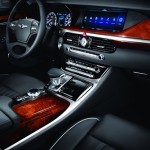 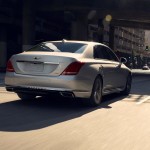 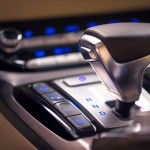 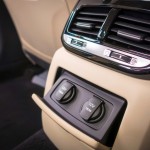 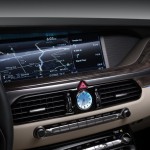 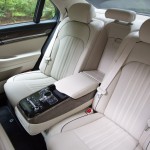 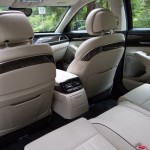 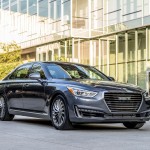 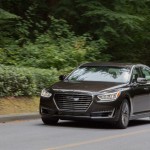 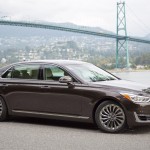 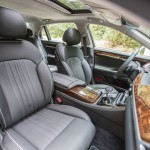 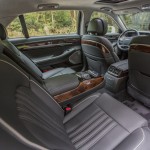 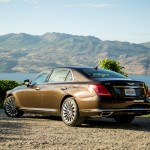 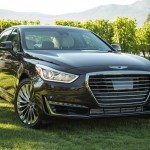 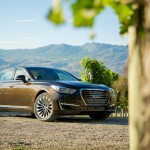 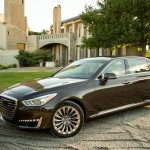 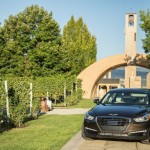