Formula E heads to the London ExCeL center in the Docklands area of the city for the second time ever, but the event has all the anticipation of an inaugural event. That’s not only because the SABIC London E-Prix this will be the first race at the venue with full fan attendance, but also the close championship fight throughout this season.

The top four drivers are separated by just 27 points, meaning any of those drivers could take the lead heading into the finale races in Seoul. Each race pays out more points than that gap, and the doubleheader means the standings could see a serious shake-up.

Championship leader Stoffel Vandoorne carries momentum on his side, scoring fourth and second respectively at the New York doubleheader, taking the lead as his competition faced problems. The Mercedes driver has scored points in all but one of the twelve races so far this season.

Edoardo Mortara, now demoted to second, is the most recent winner of the championship group, but the ROKiT Venturi Racing driver saw his hopes dashed after a penalty in New York cost meant he took only scant points leaving the weekend.

Only five points back in third is Jaguar’s Mitch Evans, who started his weekend in New York out of the points before finding his way to the podium in the second race. Evans has been successful this season but has lacked some of the consistency he needs to be champion.

Two-time Formula E champion Jean-Eric Vergne, in fourth, is also within reach, but he will need his DS TECHEETA to deliver a car he can fight with. 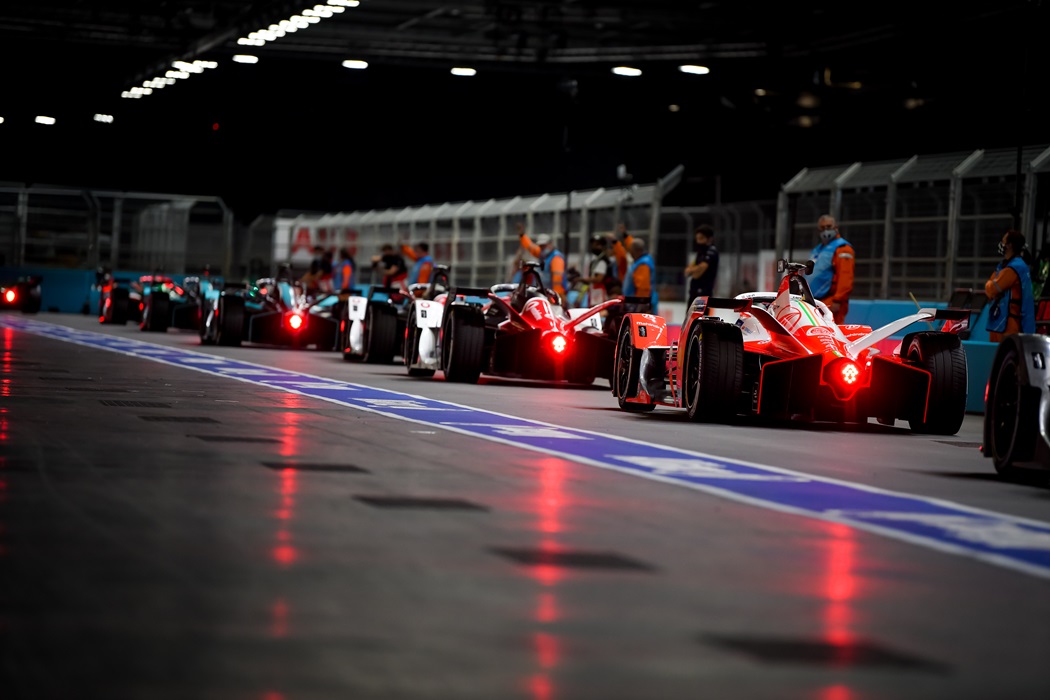 The circuit itself is a unique challenge for the drivers. As Damien Norman, Head of Events at the ExCeL center, told the Independent newspaper: “When we first put this together and met Formula E, they said they wanted to race the track inside and outside the exhibition walls – we sat there thinking, ‘these guys are mad!’ But we liked the idea of doing something never done before.”

It’s a unique track for the series, and possible because of the zero-emission Formula E cars. The series has partnered with UNICEF and the Mayor of London for the “Take a Breath” campaign to highlight the dangers of air pollution throughout the globe.

But this will be the first chance for fans to see the cars race through the exhibition center, after pandemic restrictions kept crowd sizes small last year. “Knowing that everyone is coming this weekend, all of a sudden you’re feeling that sort of build-up and excitement again to a major sporting spectacle, which we’re very excited to host,” said Norman.

Don’t miss a minute of Season 8. Keep track of the best ways to tune in where you are at fiaformulae.com/watch. For US Viewers both Round 13 and 14 will be available to watch starting at 9:30 EST this weekend on CBS.