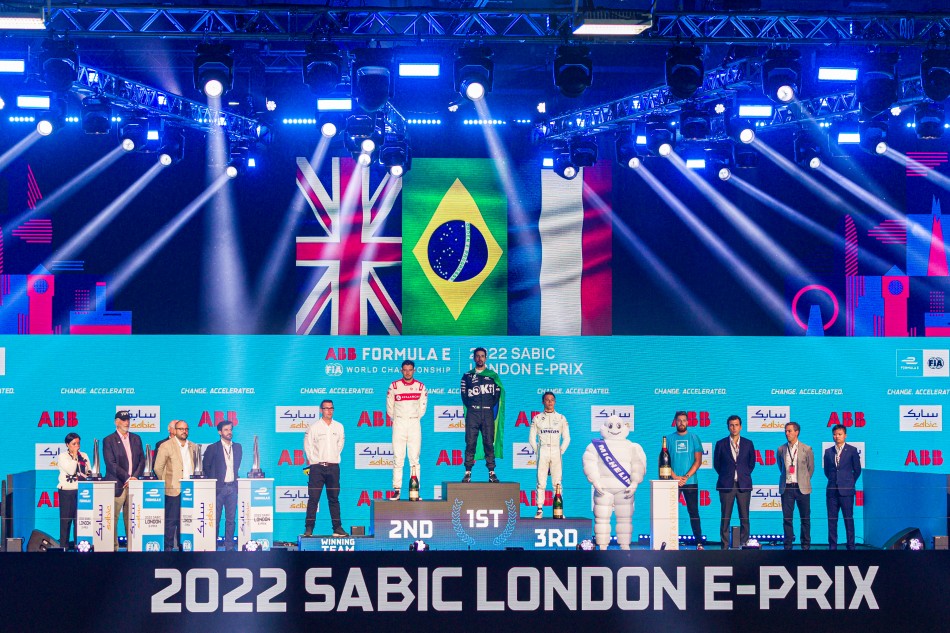 Lucas di Grassi had to fight hard to get the lead in London. Jake Dennis, who won the first race of the SABIC London E-Prix doubleheader, started on pole, while di Grassi banked a strong run to start second. Strategic use of Attack Mode throughout the race put di Grassi, driving for ROKiT Venturi Racing right on the bumper of his Avalanche Andretti Racing rival.

Di Grassi said that the win “means everything.” He added that it was “a massive fight with Jake. It was very strategic – using Attack Mode at the right moment, saving energy at the right moment. The team gave me the perfect feedback. The car was amazing today and after what happened yesterday, I think we deserve it very much.”

Jake Dennis ended up finishing second, unable to defend against di Grassi’s stored Attack Mode deployments. The Brit was still happy to enjoy home support, even if he was unable to defend his win.

Dennis called it a “really difficult race”, saying: “Lucas was incredibly fast and we were sorting out a couple of things with the car today which makes life really difficult but we held on and finished a deserved P2. Well done to Lucas, all credit to him, and a big shout out to my team this weekend you’ve absolutely smashed it.”

“Honestly, the race was so physical,” he added, “and genuinely having the British support made a big difference so thank you to all the fans, thank you so much this weekend, you’ve been absolute legends. I’ve just thoroughly enjoyed the whole weekend and now we can go and celebrate.” 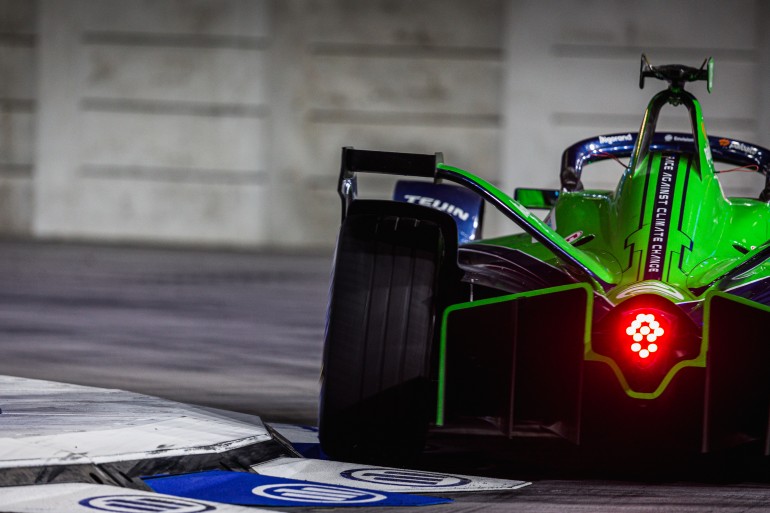 Nyck de Vries cruised to third, finishing ahead of his Mercedes teammate, and points leader, Stoffel Vandoorne who fought his way to fourth after starting thirteenth. Despite a late charge, though, de Vries wasn’t able to get in on the fight for the lead.

“I wanted to consolidate because seven or eight laps until the end something broke on the left front suspension so I was really afraid I wouldn’t finish the race,” de Vries said. “Perhaps if it wasn’t for that we could have showed a bit of attack on Dennis later in the race, but overall we are happy to consolidate a good team result and good points for the team.”

Vandoorne extends his title lead massively after London, ahead of closest rival Mitch Evans by 36 points. Evans’ Jaguar suffered a technical issue, and he was forced to retire from the race. Fellow championship contender Jean Eric Vergne also had to retire after contact, while Edoardo Mortara, currently third in the standings, could only manage thirteenth after starting back in seventeenth.

Formula E returns for the South Korean finale on August 13th and 14th.