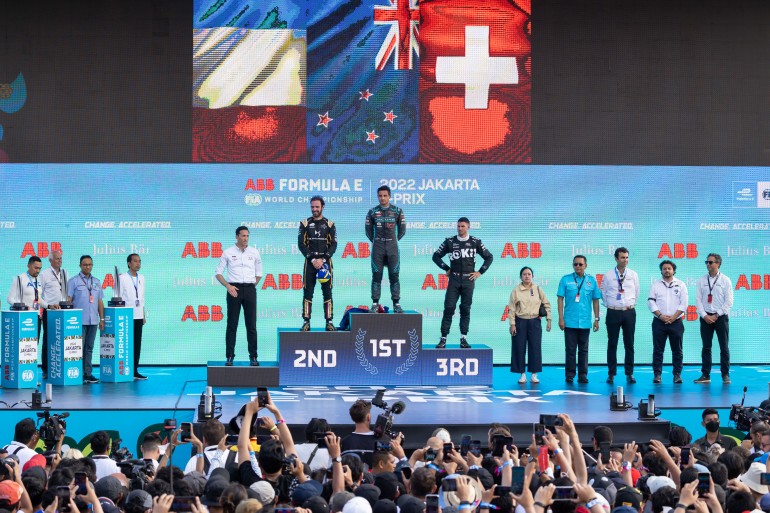 Mitch Evans managed to hold off championship contenders Jean-Eric Vergne and Edoardo Mortara to deliver his second win of the season for the Jaguar TCS Racing team. Evans passed Vergne with an aggressive late-braking move on lap 31 and never looked back. It wasn’t an easy victory, though, as Vergne put up a fight even as Mortara caught the two leaders, and the three finished in that order.

“That was hard,” said Evans. “I was just happy to be in it at the end. The team gave me what I need, gave me the goods. We needed a good result today. But obviously it was a new track, new climate, new everything – you don’t really know how it is going to go.”

He added that the heat was “on another level,” and said: “Obviously it was a new track, new climate, new everything – you don’t really know how it is going to go. So I am very happy with the result, we are back in it although we were never really out, but it has put us in a strong position so I’ll take that. This is what we needed.”

The win brings Evans closer to championship leader Vandoorne, just twelve points behind him in fourth in the tight championship battle. 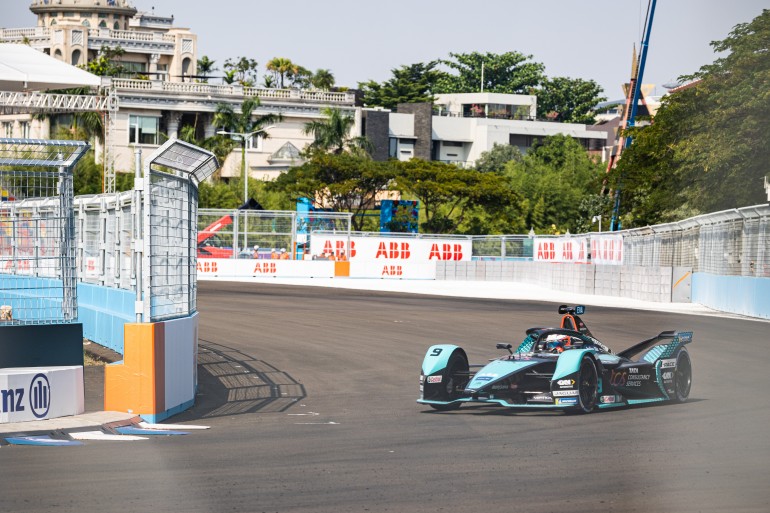 Runner-up Vergne called it “a good race,” and said: “Hats off to Mitch and Jaguar, they were simply faster today. Second is good, strong points, so if we carry on like this for the rest of the Championship it is good.” But, with the heat, he stressed: “I am happy there were no more laps!”

Edoardo Mortara, who finished third, spoke about the difficulty of managing the electrical energy. “We finished with 0.0% energy on the line,” he said, “and on top of that you need to manage the temperatures at some point – if you exceed a certain number then the power is going down. So that goal is to get that at the finish line.”

“We had a good race weekend in Jakarta,” he went on. “To manage the tires and the battery was not easy today, but we managed it at the end. I could see that they were fighting at the front and I was kind of part of that fight. But I am very extremely happy with another podium.”

Antonia Felix de Costa slipped from his front-row starting position to finish fourth. Championship leader Stoffel Vandoorne made his way through the field to fifth to retain his narrow lead in the points standings.

The debut race for the series in the country proved popular, with over 60,000 fans coming to the beach circuit to cheer on the drivers, including President of Indonesia Joko Widodo and Governor of Jakarta Anies Baswedan. 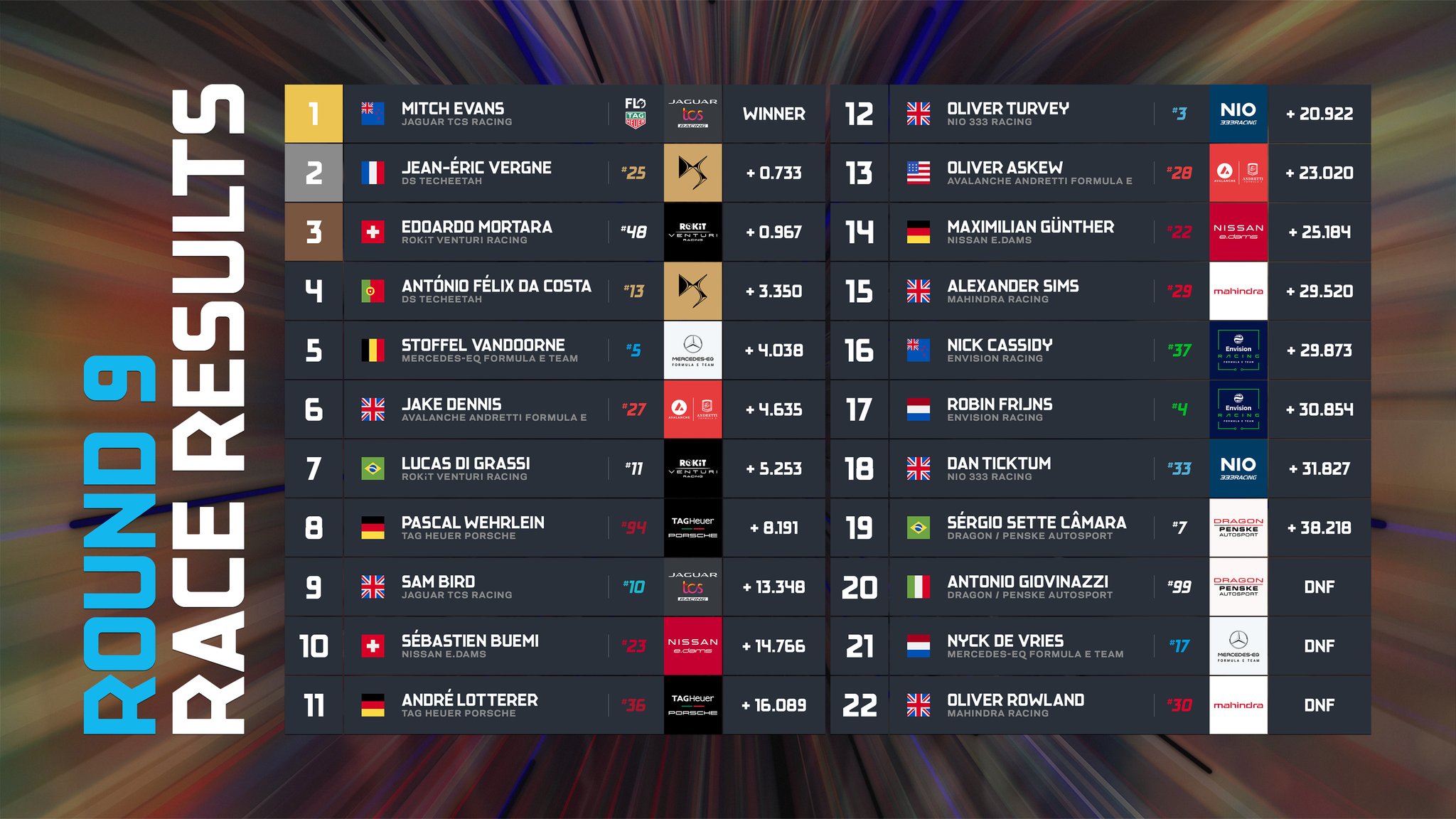