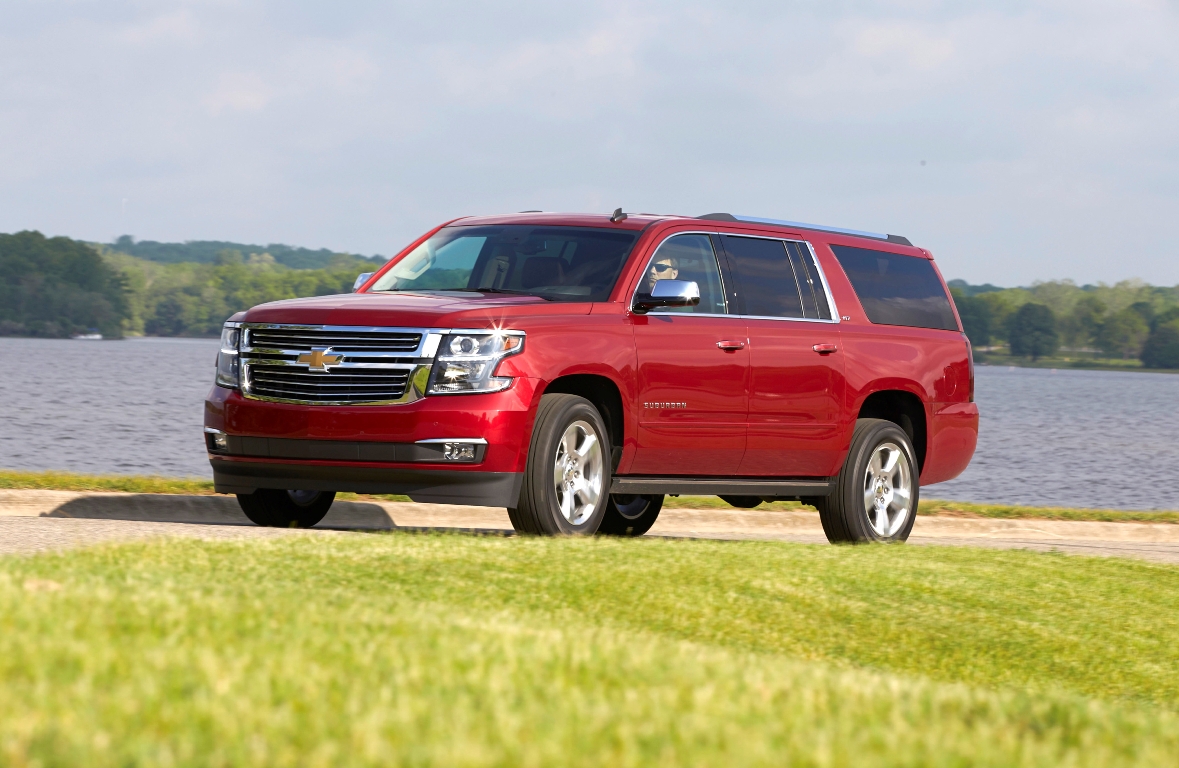 We must be the laughing stock of the world right now.  Our friends across the pond, the Brits, had that distinction thanks to the Brexit vote earlier this summer. That however paled in comparison to what us Yankees did on November 8.

No matter though, what’s done is done is done.  Whichever side you were on, the next four years will be either absolute hell, or unbridled paradise.  Regardless whether you are Red state or Blue though, the sun will come up tomorrow and the next day, and life will go on.

The rest of the world meanwhile will be watching us carefully; looking for any small error in judgment, any tiny hiccup in this experiment called American Democracy, ready to bust out a punch line about our failings.

That’s why we need to show all the reasons that America is, and will continue to be, the greatest country ever devised in human existence. Okay, that might  pushing it a bit. After all who wouldn’t want to live in Rome back in the day, lounging around in togas, drinking wine and eating grapes, while watching your enemies getting eaten by lions in the Colosseum?

Still, America has some good things to show off; hamburgers, Steven Spielberg, NASA, 7-11s on every corner and Lady Gaga.  Perhaps one of the greatest things America has though is its cars. Sure there are a lot of imports, and not too long ago the American auto industry was on life support, but in America we can still get vehicles that would look silly prowling the tiny roads in Europe.

One issues perhaps, is that in the past few years the automotive industry in America  has become more PC. Smaller vehicles, crossovers, hybrids, plug ins, “SMART” cars, and increasingly self-drivers.  Through all this though Detroit has continued to sell cars that defy that convention. One of those is the Chevy Suburban.

One example of defying that convention, the Suburban goes against the grain. It’s big, has a V8, plugs into nothing, and has enough room to haul an Army squad.  It is a very good thing indeed.

GM updated the Suburban for 2015 and debuted the 12th generation of the longest surviving automotive nameplate in production in the world (since 1935). I had a week with it last year, and liked it very much.

For 2016 the models remain the same, base LS, midlevel LT and luxury LTZ.  Changes for 2016 include the 8-inch touchscreen, previously only found in mid- and high-trim Suburbans is now standard across the line.  It also has smartphone integration, and LTZ’s get an optional color head-up display. 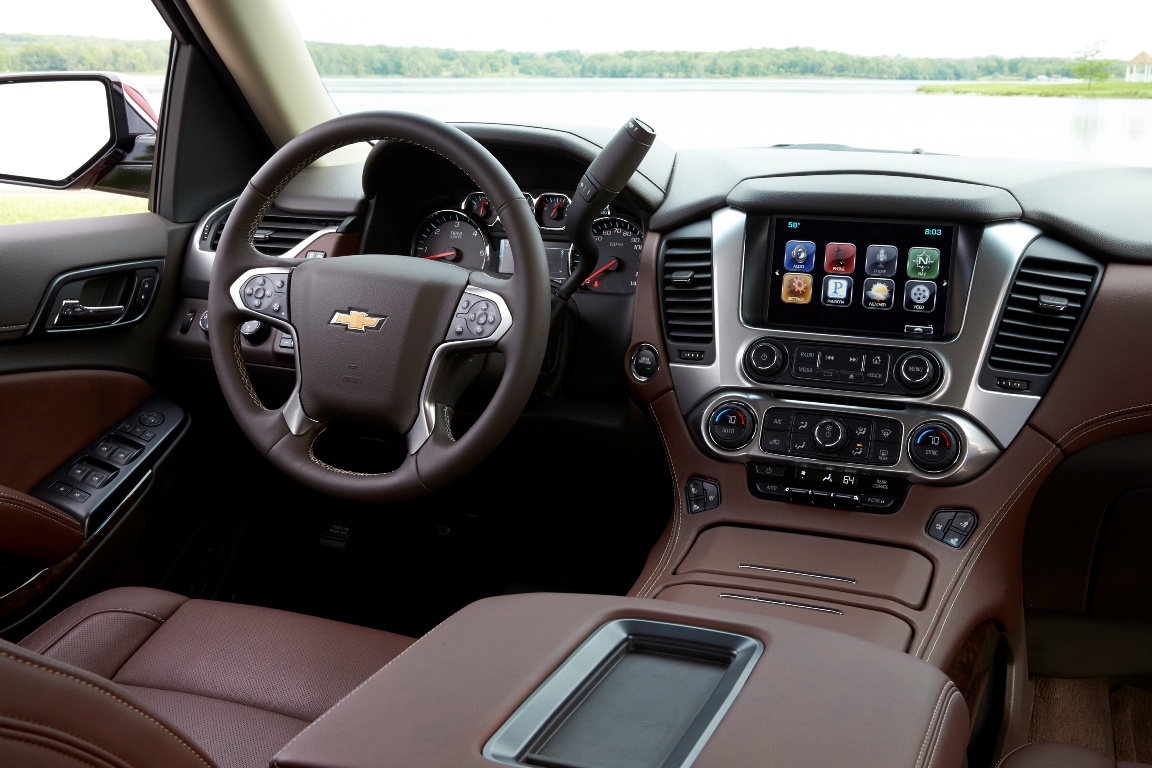 Optional on the LT and LTZ is a Theft-Deterrent package that includes vehicle motion sensors, glass break sensors and a self-powered horn for the alarm.

Last year I had the LTZ; for 2016, Chevy sent me the LT. Like the 2015, the 2016 model had the Sun, Entertainment & Destinations package ($3185), an option available for the LT and the LTZ. This adds a sunroof, a navigation system and a rear-seat entertainment system with a Blu-Ray player.

Every 2016 Chevy  Suburban  gets power from a  5.3 liter V-8 rated at 355 horsepower and 383 ft-lbs of torque. That power is delivered to the road through a six-speed automatic transmission to the rear wheels on 2WD models or all four wheels on 4WD models.

Opting for the four-wheel drive variant will get a single-speed 4WD system; there is a more traditional 4WD system with a two-speed transfer case available. A locking rear differential is standard.  All models come with a trailer hitch receiving jack and a trailer wiring harness with a tow rating is 6,300 pounds for two-wheel-drive and 6,000 pounds with four-wheel drive. The optional Max Trailering package ups the capacity by 2,000 pounds, and provides a built-in trailer brake controller and (on LS and LT models) a heavy-duty air-leveling suspension.

On the road the Suburban is big, as in taking up an entire lane big. Don’t plan on taking the first parking spot, nor saving money at the pump.  Do plan on carrying a lot of people, or stuff, or zipping around twisting mountain roads aggressively, though the power for everyday use is more than adequate.

And do plan on showing the rest of the world that no matter what our election process may vomit out,  there is still plenty of things that make America great. The Chevy Suburban is just such a thing.  While the rest of the world may be laughing behind our backs, we’ll be cruising the open roads singing along with Lady Gaga and eating a Big Mac with a Slurpee in the cup holder. 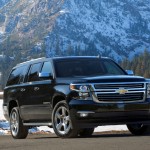 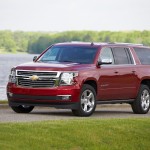 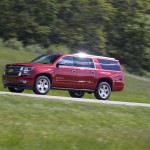 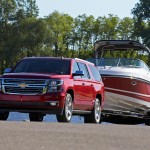 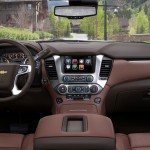 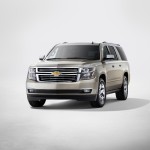 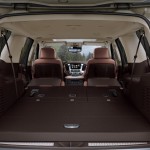 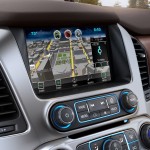 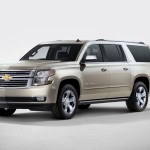 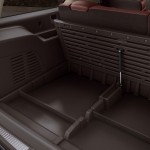 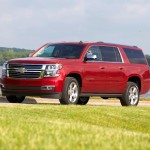 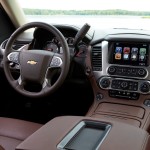