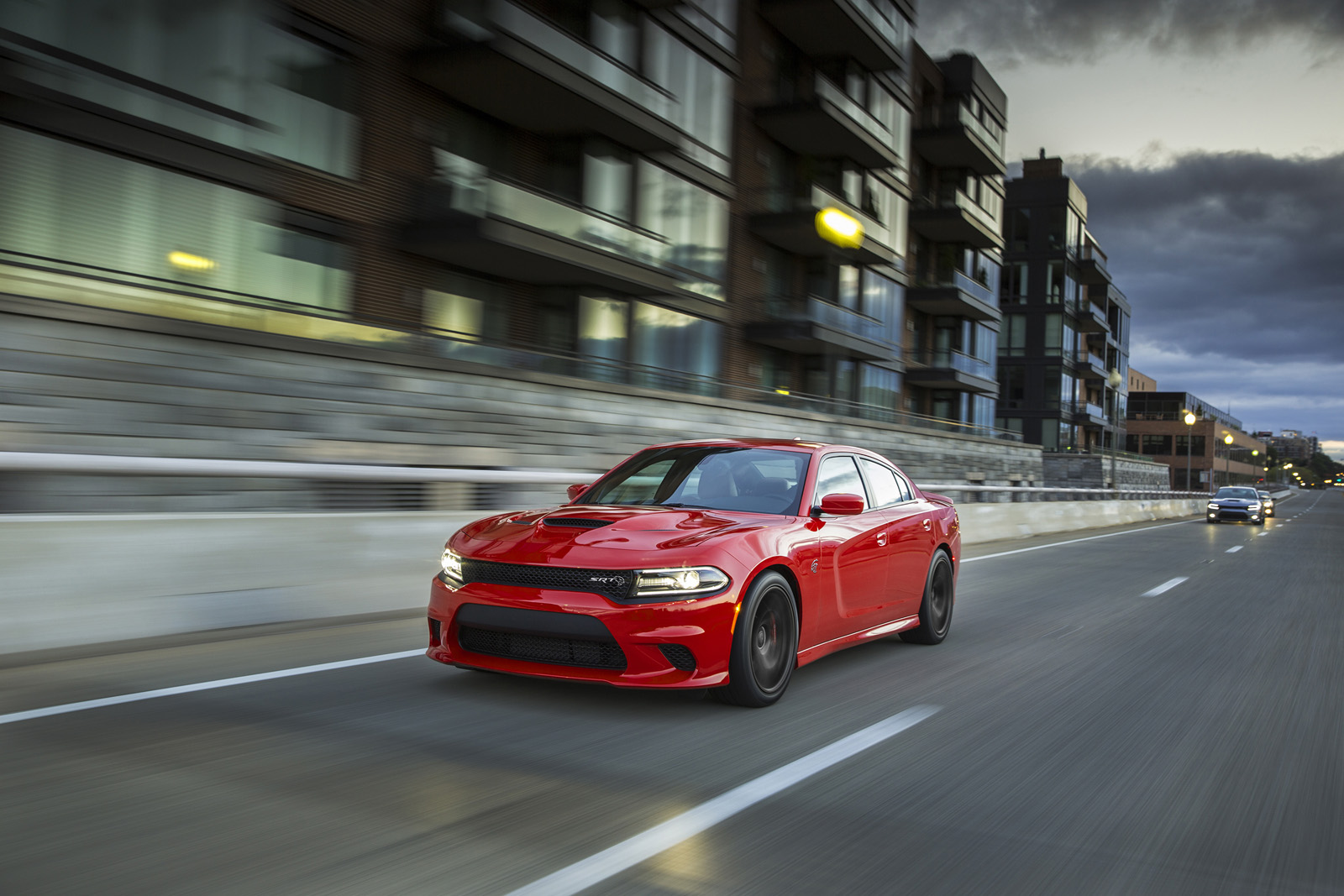 I don’t like being scared; don’t go to horror movies, haunted houses (except the one at Disney World), and refuse to walk to the edge of the roof of tall buildings.

Perhaps that’s why I also make a terrible passenger.  Because sometimes what some people do behind the wheel of a car frankly scares the hell out of me.  And on that rare occasion when I am a passenger, you’ll most likely find me asleep. That’s so I can be blissfully unaware of the fiery death I know will incur when someone else besides myself is driving.

Sure, in recent years driving has become safer. Most new cars have all sorts of Nanny features, blind spot monitoring, lane keeping assist, collision avoidance and the like; still, people get killed in auto accidents every single day. That’s because just like there are lots of stupid people in the world, there are lots of stupid drivers on the road.

And there always will be.

Yes, those stupid drivers should be kept off the road.  Sadly however, this is America, land of the Free and Home of the Braves, and that means that no matter what, stupid people will always be allowed to drive.  The slow left lane, texting, non-turn-signaling, talking on the phone idiots have the same right to drive on the same road as the rest of us.  God Bless America.

Because despite all the safety features of new cars, the fact remains that they are still only as safe as the driver behind the wheel.  It’s not the gun that kills, it’s the person who pulls the trigger.

However (also this being America) anyone can buy any car they can afford.  Got enough money and a dealer will sell you whatever your wallet can handle.  Not based on your driving ability, but your fiscal responsibility.  No background checks; license, insurance? Sign here.

All this washed over me when Dodge delivered me a 2018 Charger SRT Hellcat for a recent week. Now, being the old muscle car guy I am, most of me was beyond thrilled to spend a week with the most powerful sedan in the world.  However, when I first got in, the first question from my 21-year-old son in the passenger seat  was, “Did they give you the red key”?

See, the 6.2-liter V8 supercharged 4500 pound sedan can only take advantage of all 707 horses with that almost mystical red key, but when paired with the black fob, the output is 505.  The 650 lb-ft of torque is still there, but the power is somewhat muted. And that is a very good thing.  Because 707 horsepower on public streets in the wrong hands is a very dangerous thing. 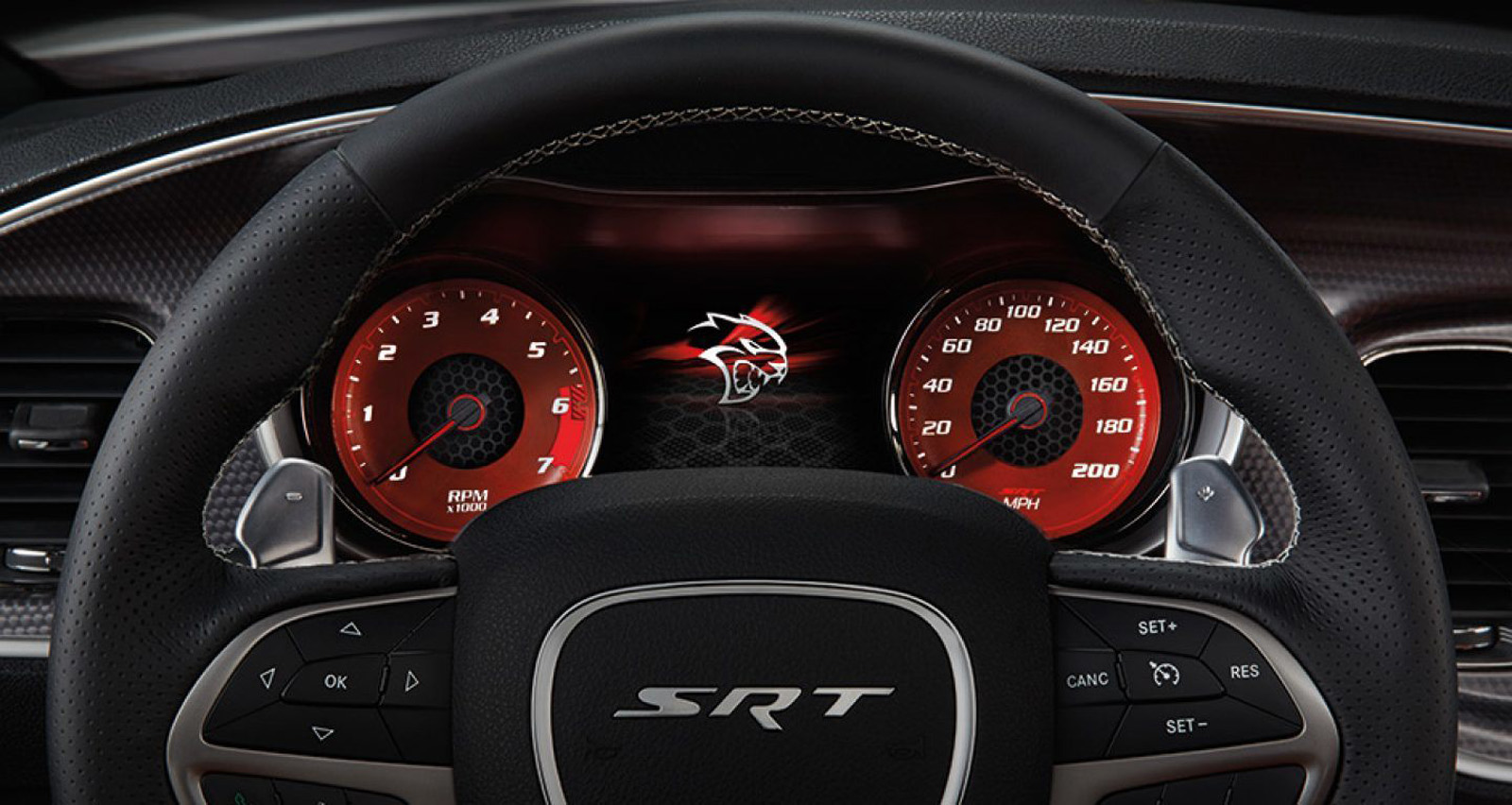 The 2018 Dodge Charger SRT Hellcat has had only minor changes since it was introduced into the world of modern muscle cars.  For this year there are some new standard features, and across the rest of the lineup the SE trim has been dropped in favor of a GT.

Overall the Dodge Charger, and this SRT Hellcat, is a brilliant car.  The 2017 Charger SRT Daytona with the 392 Hemi I drove to the Daytona 500 last year was among my most favorite cars, ever.  This Hellcat was beyond that. Even with the muted 505 horses this beast can explode off the line, rocket through traffic, and leave other muscle cars at a stoplight wondering what the hell just happened.

It’s big, mean, nasty, and loud; a cinder block with a rocket engine and launch control.  And it’s beautiful., with a sloping hood with air intakes and a raised cowling and badging that tells you this is something special. It’s a rolling work of art; an homage to the great muscle cars of the past.

But it’s not for everyone.

Even while driving very conservatively most of the time, there were a few moments when even I got a bit scared; yes, this is a bull that will only let you stay atop of it if it decides it will. And I have experience with powerful cars on the street, and on a track.

Bottom line: The Hellcat is not for the faint of heart.

Now, let’s refer back to those stupid drivers.

I’m talking about the slow left lane, texting, non-turn-signaling, talking on the phone idiots who could just as easily be behind the wheel of a Hellcat. Heck, for $86,000 anyone could put a Hellcat in their driveway.

Think about that for a minute. A raging bull between the legs of someone who has never even been to a rodeo. A rocket ship with an untrained astronaut, “let me just answer this text”.

This all scares me.

Yes, the Dodge Charger Hellcat is a fantastic car, and for one glorious week it was all mine.  But I don’t think I could ever own one as a daily driver.  Sure, it has more than enough room for five large adults, an ample trunk that can easily carry the family’s groceries for a week, a nice interior that looks as great as the outside, and a comfortable ride. But at its heart this is a beast; one that doesn’t belong caged up, or chained to a fence in the backyard; but one that can have a mind of its own if not paid attention to.   And for those left lane, texting, non-turn-signaling, talking on the phone drivers it can be downright dangerous. Even for me, on the road in everyday situations, the temptation to dial in the full track mode is like sending someone on a diet into a candy store and telling them they can’t eat anything.

One of the other Chargers in the lineup would be a great daily driver; the Hellcat however should be lovingly preserved and brought out only on special occasions.

And that mystical red key needs to stay at home unless you are driving to the track.

It was a beautiful week, and one I will remember fondly for some time to come. But I did breathe a sigh of relief when it was over.  I’m glad such a thing exists, I just hope it doesn’t fall into the wrong hands. 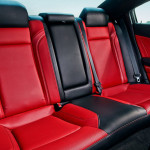 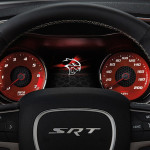 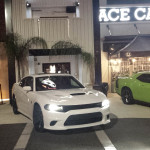 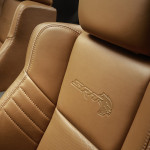 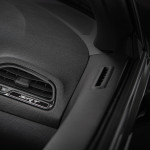 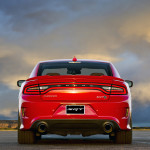 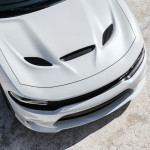 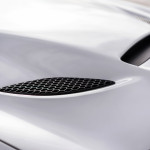 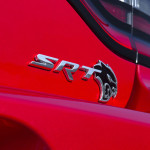 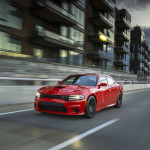 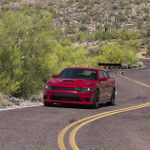 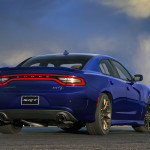