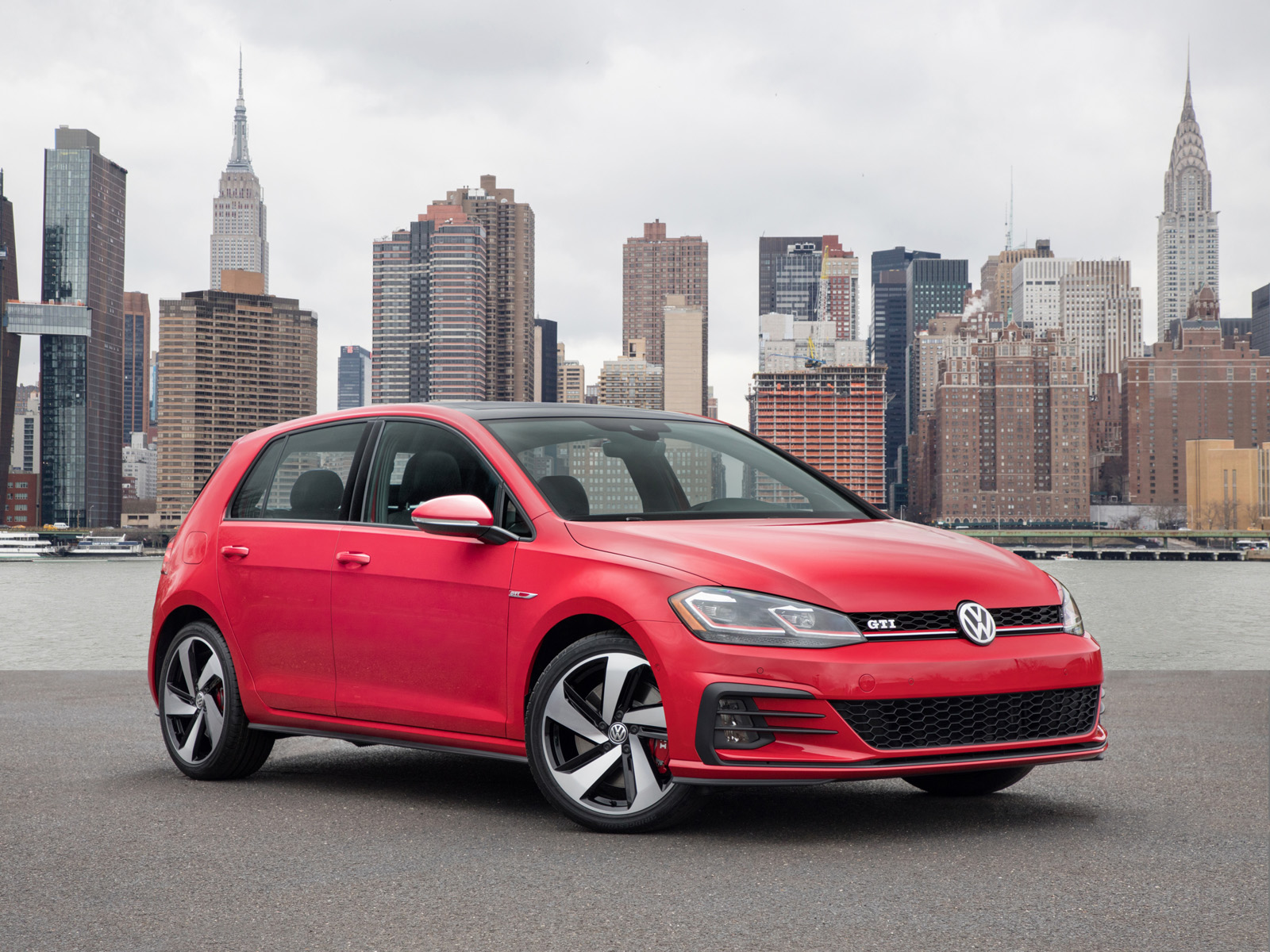 I’m not a big fan of small cars; small sports cars maybe, but not small cars in general.  Except for those classified as ‘hot hatchbacks’, or a hot hatch for short.  To me these to me are in a class all their own. And they should be.

A hot hatch is a performance version of a hatchback that come mainly from Europe or Asia. Ford does have one, the Focus, BMW the Mini Cooper S, Honda the Civic Type R.

There is one that has changed little over the years, however.  And many say it was the first hot hatch, the one that introduced the genre to America.

VW introduced the Golf GTI in the US in 1985.  And today it remains the bar that other hot hatches must aspire to.

I was sent a 2019 Golf GTI for a recent week. Fun fact: GTI means “Grand Tourer Injection” and originates from the Italian Gran Turismo Iniezione.

The seventh generation of the GTI debuted in 2015 and for 2019 there were only a few changes. For model year 2019 every GTI gets more power and new standard performance equipment with an extra eight horsepower—for a total of 228—as well as brakes and a limited-slip differential from the even sportier Golf R (which I had last year). And a seven-speed automatic replaces previous six-speed auto.

VW is also bringing back the Rabbit to the lineup. Although it’s only a special edition and mainly an appearance package.

The 2019 is still available in the usual three trims—S, SE, and Autobahn; the Rabbit Edition slots between the S and SE. The S trim can now add driver-assistance technology such as automated emergency braking and a blind-spot monitor (the driver assistance is standard on the rest of the lineup) and the SE adds standard leather seats and can now be equipped with the new Experience package that includes a premium audio system and adaptive dampers.

The thing with the GTI is what it doesn’t have.  It isn’t flashy, there’s no bling; the dash doesn’t have trim lighting that will turn different colors with the music; no flared fenders or wild exterior paint jobs.

In fact, some might argue that it’s a bit boring. 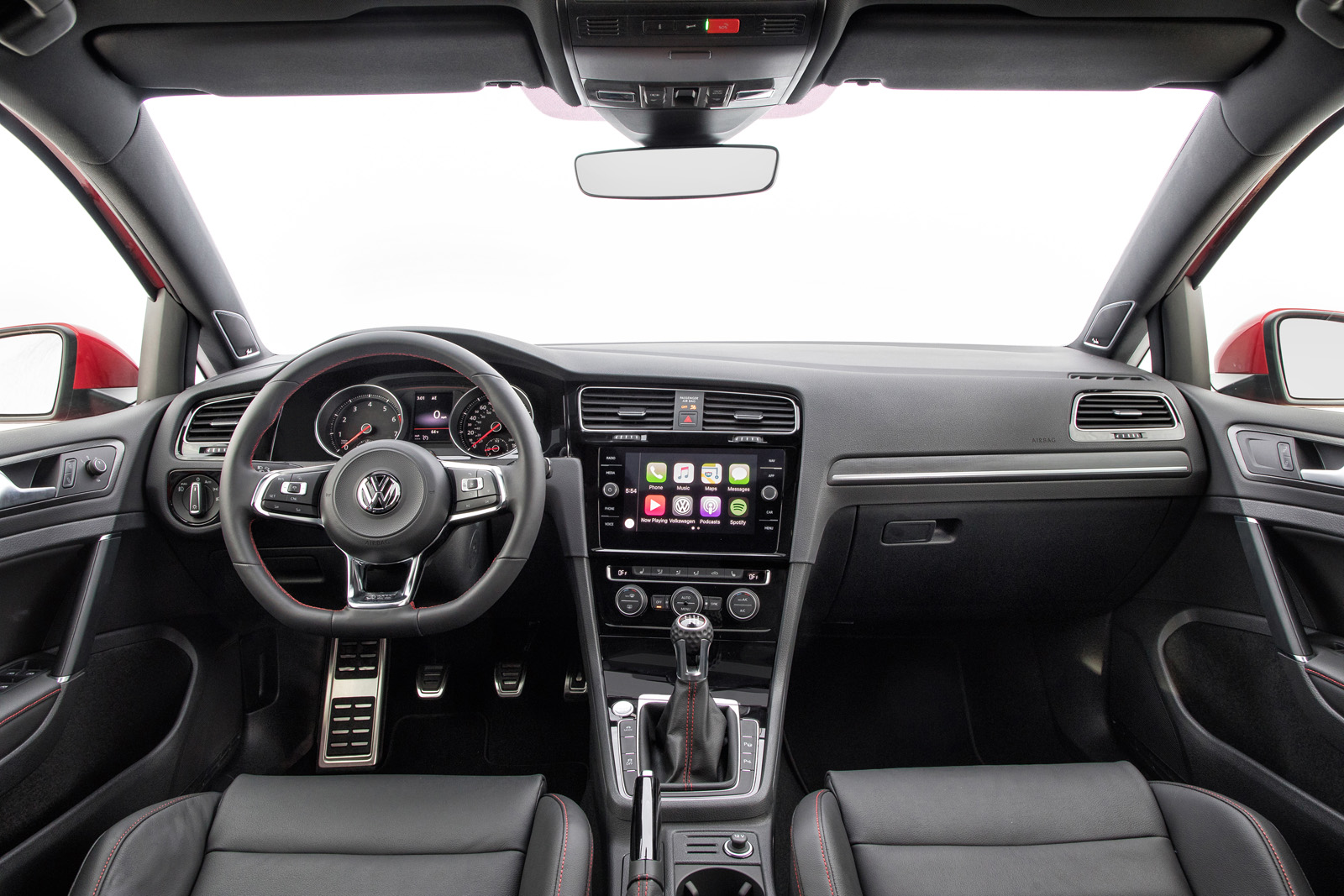 The reality is of course that it’s far from that.

VW has had a long time to fine tune everything about the GTI. And they’ve done so quite nicely.

The cabin is roomy enough to be comfortable and the layout is no-nonsense and functional. There’s a leather-wrapped steering wheel, heated front seats, ambient interior lighting, and a 60/40-split folding rear seats with a center pass-through. There’s a 6.5-inch touchscreen display, a rearview camera, Bluetooth, Apple CarPlay and Android Auto smartphone integration, and a six-speaker sound system.

My tester for the week was the top of the line Autobahn edition which gave me the adaptive suspension and Fender sound system standard, and automatic high beams, a power-adjustable driver seat, dual-zone climate control, a navigation system and a frameless auto-dimming rearview mirror.  The Autobahn also gets adaptive cruise control, front and rear parking sensors with Maneuver Braking (which is sort of a collision avoidance system with automatic braking), a self-parking system, and a lane keeping assist system.

The 2.0 4-cylinder delivers 228 horses and 258 lb-ft torque through that new 7-speed automatic.  Thanks to selectable drive modes, on the road The GTI performs like the hot hatch it is; but it will behave when need be. Yes I would have preferred the manual, but beggars can’t be choosers and the new 7-speed shifted just fine.  228 turbocharged horsepower in a 3128-pound curb weight GTI is just fine thank you very much.

I figured it would be a good week, and indeed it was.

So is it the best hot hatch on the market?

Opening that can of worms might be dangerous among a crowd of hot hatch enthusiasts. Younger ones might want a bit more flash, more bling, those silly dash lights. But for those of us who like to sit on the porch and drink a glass of scotch while enjoying a quiet sunset, the GTI is the perfect choice. After all, it was the first and without it there may not even be such a thing as hot hatch enthusiasts.

I may not be a fan of small cars, unless of course they’re a hot hatch. And if I do put a hot hatch in my driveway nothing, in my mind at least, is hotter than the one that started it all, the Golf GTI. 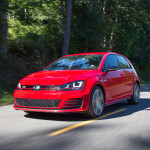 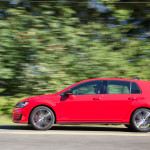 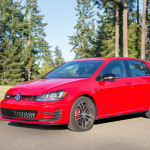 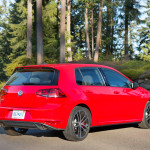 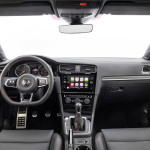 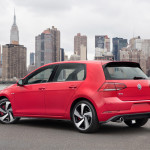 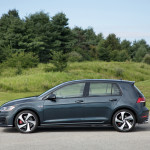 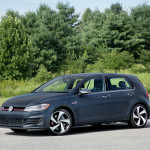 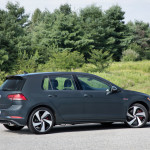 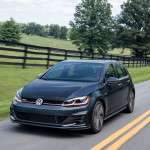 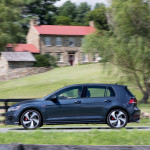 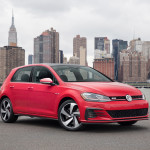 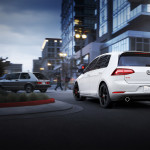 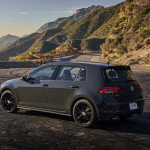