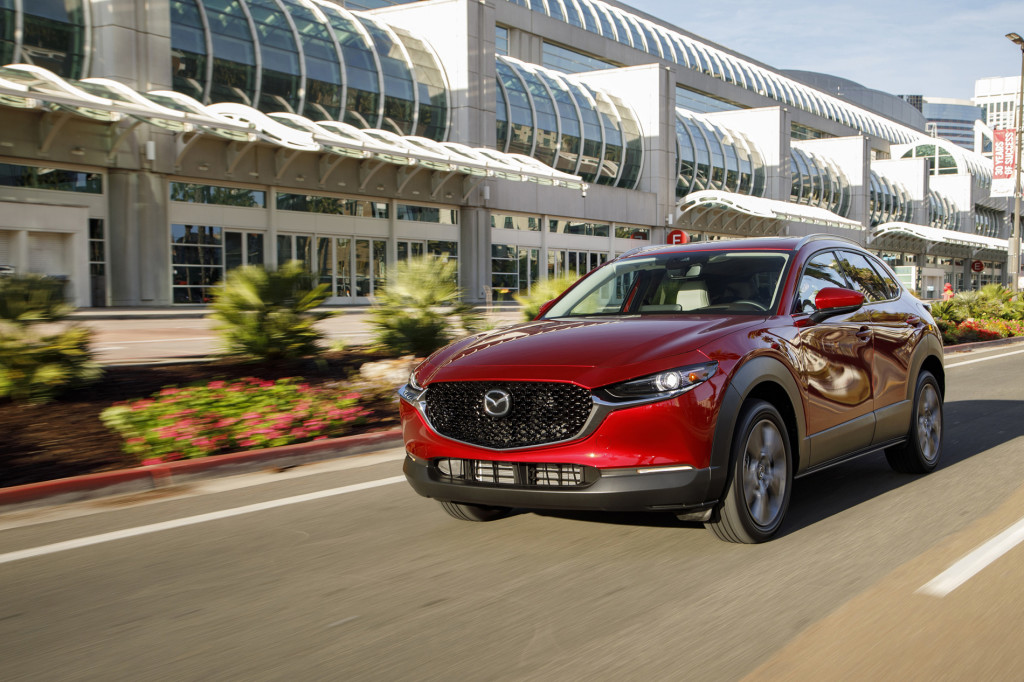 Twenty years ago If you would have told me I would be paying over three bucks for a cup of coffee I would have thought you were insane.  Of course, this was before zombies became popular, we carried our entire lives around in our pockets, and the entire world was forced into self-isolation. So it was that recently I found myself in a socially distanced line at a recently re-opened Starbucks wearing a surgical mask paying over $3.75 for a cup of coffee (Venti redeye for the curious).

It’s weird because I hate paying a premium price for anything.   It’s sort of a cost-versus-reward thing, I guess. If I want a cup of black coffee with a shot of espresso I can either make it at home, or go to a Starbucks, the latter which I did.

While I don’t mind shelling out over $3 for a cup of coffee, the same can’t be said of cars.  I’ve never really owned an expensive car, driven plenty, but never wrote a big check.

Doesn’t mean I don’t like the finer things in life. I just don’t want to pay for them.

That’s part of the reason the last car I actually bought was a Mazda, specifically a 2010 Mazda 3. It has served me well over the course of a decade and 130,00 mile and one of the reasons I liked it was the upscale feel it had.

I’ve now learned that Mazda story has continued to this day.

Mazda recently sent me a CX-30 for a week.  In a crowded world of SUVs here comes another one, I thought.  See, the issue I have with many SUVs is that due to their popularity many charge a premium, just because. I hoped that wouldn’t be the case with the CX-30, though my confidence wasn’t bolstered when I saw they were sending me the top of the line model.

The CX-30 is all new for 2020. It slots above the CX-3 and CX-5. So why not call it a CX-4? No idea, I figure someone must have been working from home and perhaps figured out the name whilst sipping some wine. 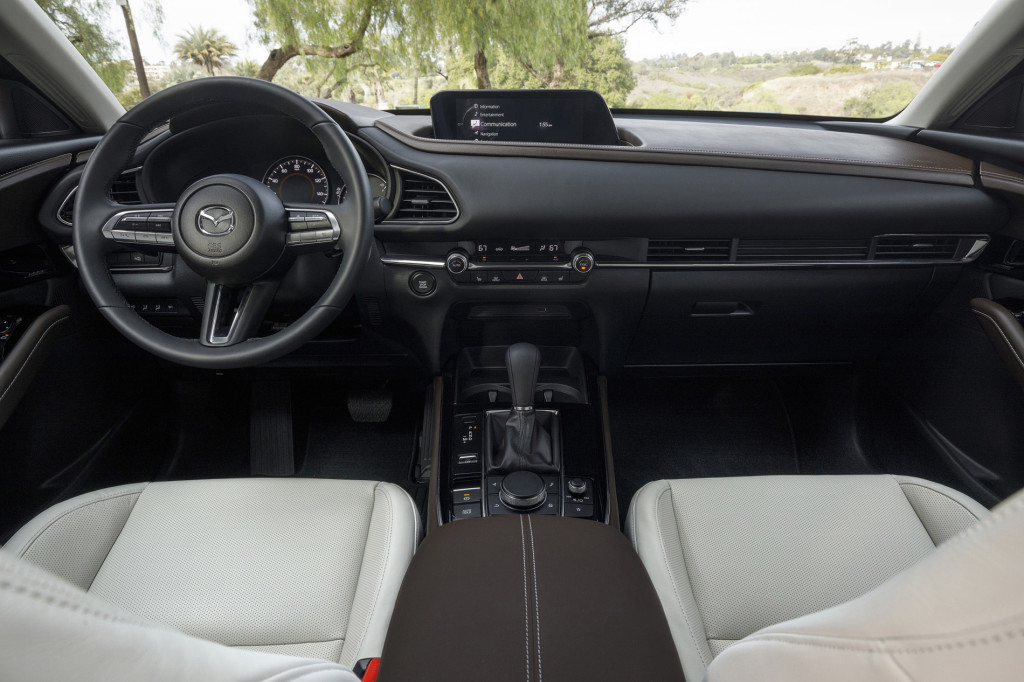 The new 2020 Mazda CX-30 comes in four standard variants: base, Select, Premium and Preferred. Mazda puts features into these trim levels with only a few additional options. All are powered by a 2.5-liter four-cylinder engine (186 hp, 186 lb-ft) and a six-speed automatic transmission. All-wheel drive is available on every trim.

My tester for the week was the Premium trim with all-wheel drive.  Top of the line with just about all the available options.

Now, I hate the word “crossover” which to me designates something that’s bigger than an actual car, but smaller then say an Escalade.  The CX-30 however really is a vehicle that is bigger than a car but smaller than a more traditional SUV.  In fact, the CX-30 can best be described as a medium sized SUV.  It’s not “takes-up-an-entire-lane” big but not so small that it gets lost. In fact, I think it’s just about the right size. And that carries over to the inside.

One of the many things I liked about my 2010 was the upscale interior (as least when it was new), and that story hasn’t changed. The inside of the CX-30 has a very upscale (dare I say “premium”) feel.   There is plenty of room and even the rear seats are a nice place to be.

For the record the CX-30 shares much of its interior with the Mazda 3.  There’s a nice 8.8-inch infotainment screen mid-dash that can be controlled by a knob on the center console.  The Premium tester had a power-operated rear liftgate, a head-up display, adaptive front lighting, full leather seating and a power liftgate and other luxury items in addition to the standard features like LED lighting, alloy wheels, driver assistance features such as forward collision warning with automatic braking and lane keeping assist. There was also a very nice sounding 12-speaker Bose audio system.

All CX-30s are equipped with a 2.5-liter four-cylinder engine with 186 horsepower; a six-speed automatic is the only transmission and, on the road, the CX-30 has plenty of power, delivers a smooth ride and gives a nice view all around. A Sport mode does give it a little more umph.  Overall, I was impressed. Sure, maybe the cargo room isn’t as much as some of the larger SUVs, but for its size the CX-30 will do just fine.  Especially when you look at the price. My Premium tester, which was at the top of the range, came in with an MSRP of $31,965.

The base model starts out at $21,900 for the front wheel drive model and I suspect even without all the luxury stuff even the base model will be a very nice place to be. For car people looking for something bigger than a car, but not as large as a traditional SUV, the CX-30 should be the right size.

It’s nice to know that even after a decade the Mazda story remains the same.  A good value for a vehicle with an upscale feel. Time to trade in my 2010 Mazda 3? Perhaps. But first I need to go get a cup of coffee. 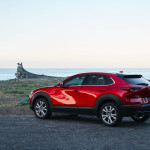 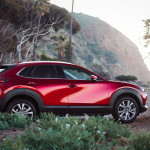 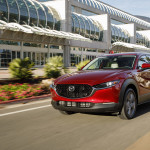 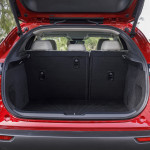 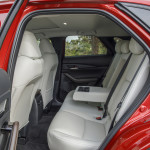 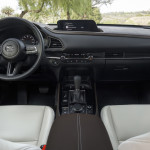 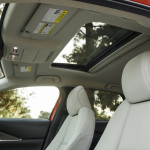 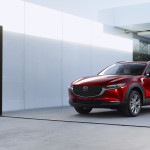 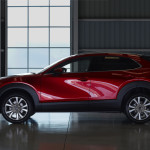 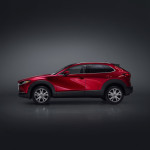 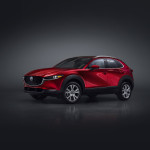 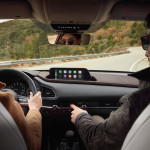 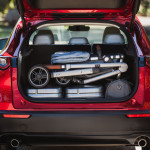 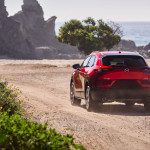 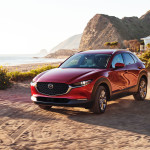